How Actual White-Collar Criminals Should ‘Get Hard’

In the movie, “Get Hard,” out this Friday, a recently convicted fraudster, Will Ferrell, hires a car-wash owner, Kevin Hart, to teach him about life inside prison. The catch: Hart has never been. Though Ferrell chooses the wrong guy, the general premise takes its cue from a growing industry of coaches who help white-collar criminals (and some drug offenders) get ready for federal prison. Some will even help their clients get reduced sentences, drug treatment, and a lockup close to home. 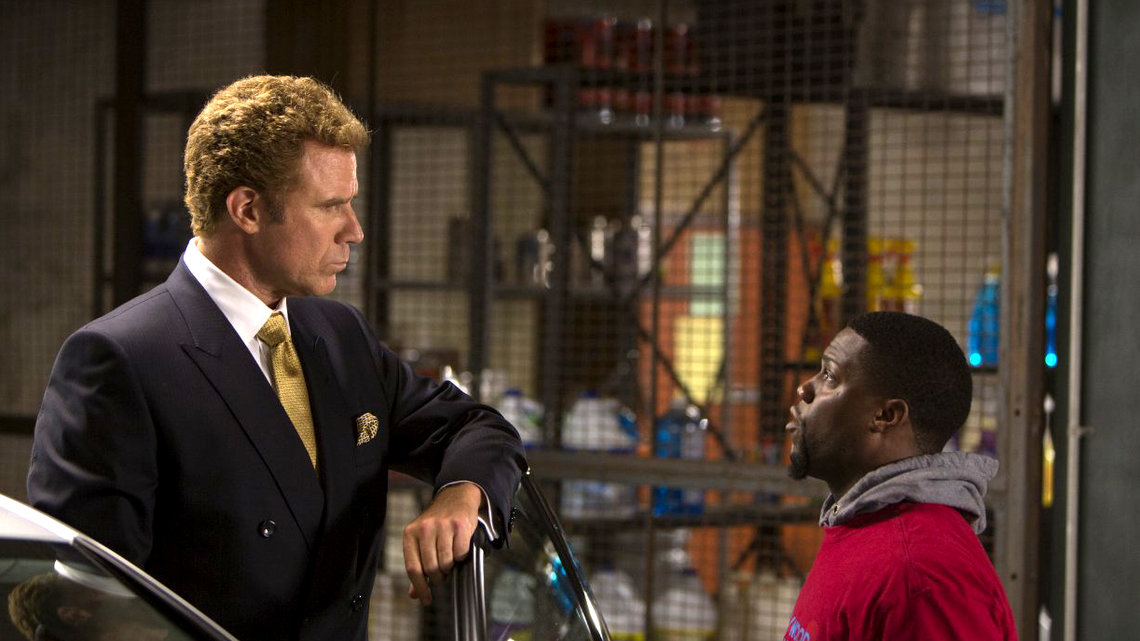 In "Get Hard," Will Ferrell plays a millionaire convicted of fraud who recruits Darnell Lewis (Kevin Hart, right) as his prison coach.

We called a few prison consultants to learn more about what they do. Much of their advice consists of navigating the basics, like the intake process, where new inmates are stripped and searched, and TV time, where people should wait to be assigned a seat. Shower shoes, it turns out, are a must. Gifts from other inmates, perhaps unsurprisingly, should be rejected outright. Nearly all coaches recommend that their clients employ a simple strategy: Keep a low profile.

But how those clients learn to emotionally maneuver their new lives depends, in large part, on the coach they hire. Below, a closer look at a few coaches’ techniques.

Credentials: As an attorney, he lied to the FBI on behalf of his client and served 13 months in a federal, low-security prison.

The price tag: $3,500 for three to four hourly sessions per week over two or three months.

The method in a nutshell: Calm them down.

Tips: First of all, I demystify prison for people. I start off by telling them, “Anything you’ve heard about prison or seen on TV won’t happen to you.” The Aryan Brotherhood won’t come and try to indoctrinate you. You’ll go to federal prison camp. There are no fights, no violence, no issues. Let’s relax.

The method in a nutshell: Fill them with fear.

Tips: Everyone thinks they’re gonna get raped. I’ll fuck with these people. “Well, the first time they do it, yeah it’ll probably be rape. But the second or third time it’ll be consensual sex.” Then I go, “No I’m lying to you.” Now I know I have their attention. Now they’re listening to what I say.

I tell them to fucking show respect. Keep your mouth shut, your eyes open, and your ears open. Lotta clients have short sentences. You’ve got people who are serving a lot of time. They don’t want to hear you whine about your short sentence. They’re under a lot of stress, a lot of tension. Say excuse me. You don’t need someone putting a fist in your face.

The method in a nutshell: Address the family.

Tips: I’ll start off by letting them control the conversation. Talking about and asking them, “What exactly are your fears?” If a person feels like he can defend himself relatively well, his biggest fear might be his wife leaves him for another guy. It’s the fear of being left alone. Who’s gonna write me? Who’s gonna visit me?

It’s a matter of sitting down with the entire family. Every family member may have a question. The youngest child may be like, does this mean daddy can’t pick me up from school anymore?

If a guy was a good financial provider and an emotional provider for his family, generally speaking, his family can stay somewhat intact. But most men who were just monetary providers but are not there emotionally, their women leave them at some point.

Credentials: Misappropriated federal funds as a school superintendent and spent 13 months in a federal, minimum-security facility.

The method in a nutshell: Make them follow the rules so they can leave sooner.

Tips: We have scenarios that are all done in a story-telling format. You work in laundry services, and I need an extra couple shirts because I like to change them twice a day. The guy who asked for more shirts is very likely the same guy who works in the cafeteria and would want to trade smuggled cookies for them. The barber might say, “I expect you will bring a six-pack of coca cola next time.” It puts you in a box.

We advise them not to engage in this stuff. A minor problem, or what appears to be minor in your mind, is often accentuated by the prison staff. The bottom line is if they behave, they follow all those rules, we then have leverage as they enter the last several months with their case managers to help them get out of there at an earlier date. That’s what the whole motivation is — to get out as quickly as they can.

You have two choices here. You’re going to serve x months in this prison. You can succumb to the federal government, and you can become defeated and wallow in your sorrow and your tears and you can complain to everyone you deal with. And when you walk out of there, heaven help you. Or you can decide you are now in the final phase of this horrendous experience you’ve been through. These prisons all have libraries, education tracks that they can get into. Write to people so that you surround yourself with those that will help you, not those who will feed into your brain how badly you get screwed.