A nonprofit news organization covering the U.S. criminal justice system
Local Network
Cleveland
Projects
Inside Story
News Inside
Life Inside
Mauled
The Language Project
The Record
The System
Topics
Death Penalty
Immigration
Juvenile Justice
Mental Health
Policing
Politics and Reform
Race
About
About Us
Local Network
The Marshall Project Inside
News & Awards
Impact
People
Supporters
Jobs
Newsletters
Events
Donate
Feedback? support@themarshallproject.org
This image from "Banished" was part of a portfolio by Emily Kassie who was honored as Multimedia Photographer of the Year from the Pictures of the Year International contest. Emily Kassie/The Marshall Project
Updated 5:07 p.m.
News and Awards

Celina Fang is also recognized with an Award of Excellence.

Emily Kassie of The Marshall Project has been named Pictures of the Year’s Multimedia Photographer of the Year. The award comes in recognition of her powerful multimedia reporting for The Marshall Project’s “Banished” and “How Incarcerated Parents Are Losing Their Children Forever,” as well as her earlier piece for The New York Times, “Sexual Assault Inside ICE Detention: 2 Survivors Tell Their Stories.” Additionally Celina Fang, Multimedia Editor at The Marshall Project, was recognized with an Award of Excellence in the category for Magazine/Media Visual Editor of the Year.

“This is an incredible honor for Emily and for The Marshall Project to be recognized by POY,” said Tom Meagher, managing editor for digital and data. “To tell criminal justice stories, you need to be able to show people what’s happening inside a system that often resists inspection. We’ve invested in our visual journalism—our videos and photos and design and graphics—to tell better stories that can connect with readers in a totally different way. Emily’s award and Celina’s award are a great vindication of those efforts and suggests we’re heading in the right direction.” 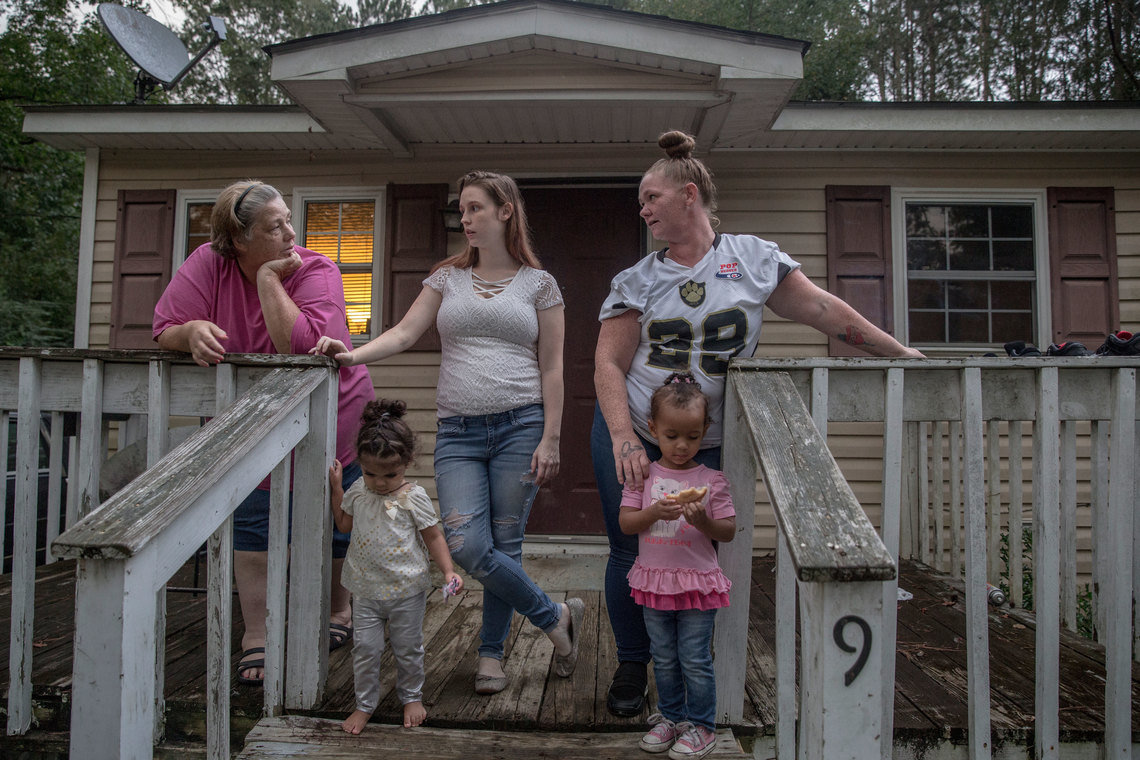 This image from "How Incarcerated Parents Are Losing Their Children Forever" was part of Emily Kassie’s portfolio honored by Pictures of the Year International.

Bernadette Tuazon, director of photography at CNN Digital and a POY judge, said of Kassie’s work: “If you take a look at the pieces, there’s a consistency. You can see her eye. You see her hand in every piece here, and each project is really told very well visually, and you learn about the subject she is reporting on.” A second judge, Manjula Varghese, staff photographer at the San Francisco Chronicle, praised our multimedia feature on incarcerated parents permanently losing custody of their children, “It is a really powerful story, and I think she did a great job in capturing what that's like. Not only have you just lost time with your child, you've lost your child altogether.”

Pictures of the Year International, which is based at the University of Missouri's School of Journalism, is the oldest and one of the most prestigious visual journalism competitions in the world. Now in its 76th year, it recognizes leading visual artists in the fields of photojournalism, multimedia and visual editing. This is the first year that The Marshall Project has been honored by the contest.