Why Millions of Americans Still Can't Get Coronavirus Relief Funds

Filing taxes with an undocumented immigrant means the whole family loses out on payment. 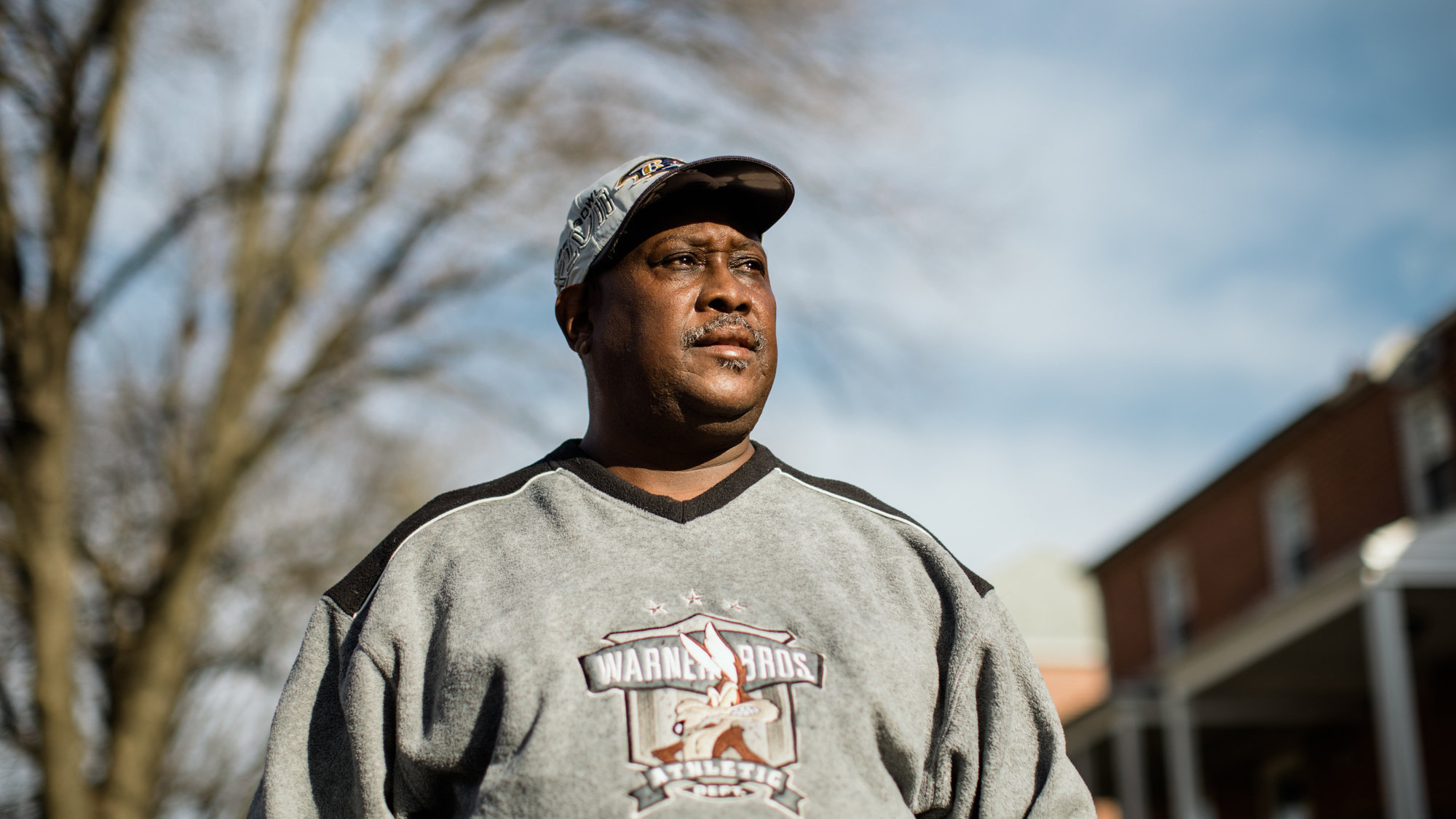 Roy Wright’s family was excluded from COVID-19 relief payments from the federal government, even though he is an American citizen, because his wife was listed with her taxpayer identification number on their tax return. Rosem Morton for The Marshall Project
By Julia Preston

At first it seemed like an infuriating bureaucratic error, the message that kept repeating when Roy Wright called a hotline to find out when he would receive his coronavirus stimulus funds.

“Not available,” it said.

Wright said he had paid all his taxes. He manages a car wash in Baltimore, working steadily for the same company for the past 25 years. By April, as the pandemic gutted the city’s economy, the lines of cars were gone. His hours were cut and his income plunged. All around him people were receiving federal payments.

Wright soon learned there was no mistake. He would not get the aid because of an exclusion deep in the $2 trillion COVID-19 relief bill that Congress passed in March. If any family member filed a return using a taxpayer identification number, a legally valid alternative for people who do not have a Social Security number, the whole family was disqualified from payments.

Wright, an American citizen, had filed jointly with his wife, an immigrant from Honduras who is undocumented. Because she was listed with her taxpayer number, he lost out on payments for himself and six children—a total of at least $4,900.

“Man, I could really use that money,” he said recently. “I’m riding around to every church I can to get food. I’m doing what I got to do to survive.”

About 5.1 million U.S. citizens or permanent resident immigrants—1.4 million spouses and 3.7 million children—are not eligible for stimulus payments because of the exclusion, according to new estimates by the Migration Policy Institute, a non-partisan research organization. Americans who are married to unauthorized immigrants include many health- and home-care workers, teachers and others facing COVID-19 on front lines.

The legislation has drawn a stark dividing line for these mixed-status families, giving unequal treatment to American citizens during the pandemic because they have close relatives who are undocumented.

For low-income families, the COVID-19 relief bill, called the CARES Act, provided $1,200 to a taxpayer and $2,400 to couples filing jointly, with $500 for each dependent child.

With so many Americans left out, both Democratic and Republican lawmakers have proposed fixes to reinstate the payments. But the debate on Capitol Hill over a new stimulus package remains mired in negotiations, and time is running out.

Wright needs a break. Since March, the once bustling car wash he runs has slowed to a crawl. Virus-wary drivers don’t want his crews inside their cars, so a quick towel dry at the end of the line is all the work they get. Tips stopped, and three-quarters of the workers were laid off. With COVID-19 surging in Baltimore, Wright worries the location could close.

He sustains a family of six children, including his wife’s children with a previous partner and two young sons of theirs, both born in Baltimore. He and his wife have been together for 15 years, he says, and four years ago they married. (The Marshall Project is not publishing her name because of her immigration status.) Costly efforts to petition for her green card have stalled in the pandemic, since their money is barely covering the basics.

Wright also has a 23-year-old son living at home with fragile mental health, who maintains stability with medication. He relies on Social Security disability payments. If Wright had not listed his wife’s taxpayer number, he could have received an extra $1,200 for himself and $500 for each of five children on his returns, as well as $1,200 through a special provision for his older son.

“Not only is the government punishing me, they’re also punishing my disabled son,” he said. His wife is not eligible for payments.

Wright said he is getting by after negotiating a six-month grace period for his mortgage payments and missing several months’ payments on his car.

“I’m an American,” he said. “I don’t understand why I can’t get my stimulus because I married the woman who I love.”

The Internal Revenue Service created the Individual Taxpayer Identification Number, or ITIN, in 1996 to allow foreign-born residents who lack valid Social Security numbers to comply with tax laws. Millions of undocumented immigrants use them to file their taxes.

In the frenetic dealmaking in March that produced the CARES Act, the largest relief bill in United States history, lawmakers took little notice when White House officials, intent on stopping any funds from going to unauthorized immigrants, insisted on language to prevent ITIN taxpayers from receiving payments.

The legislation has drawn at least four challenges in federal courts from aggrieved citizen spouses and children.

“If you create a family that includes folks of different status, you still have a right to be treated fairly,” said Thomas Saenz, president and general counsel of the Mexican American Legal Defense and Educational Fund, which brought a lawsuit in Maryland representing citizens who are in mixed-status couples.

The exclusion was eliminated in a $2.2 trillion bill to extend relief and remedy gaps that twice passed the Democratic-controlled House of Representatives. In the Senate, Marco Rubio of Florida and Bill Cassidy of Louisiana, both Republicans, have proposed changes carefully tailored to help citizens like Wright who have Social Security numbers, but not any unauthorized immigrants.

The $908 billion proposal by a bipartisan Senate group at the center of the tense stimulus debate does not include any direct payments to taxpayers. But President Trump, who has yet to concede that his term is winding down even after his last-ditch legal maneuvers have failed, is pressing for a new round of funds to distribute directly. If he prevails, Republican senators might be able to squeeze in their fixes.

Yet even those amendments will not help the largest group facing exclusion: more than 3 million American citizen children with only undocumented parents.

Cassandra Casas, one of those children, is an 18-year-old high school senior in Wisconsin who took on two jobs on top of her schoolwork this year to keep her family from losing their home. The upscale restaurant in Milwaukee where her father, an undocumented immigrant from Mexico, had been working as a cook for most of a decade closed for three months. His wages were the family’s only income. 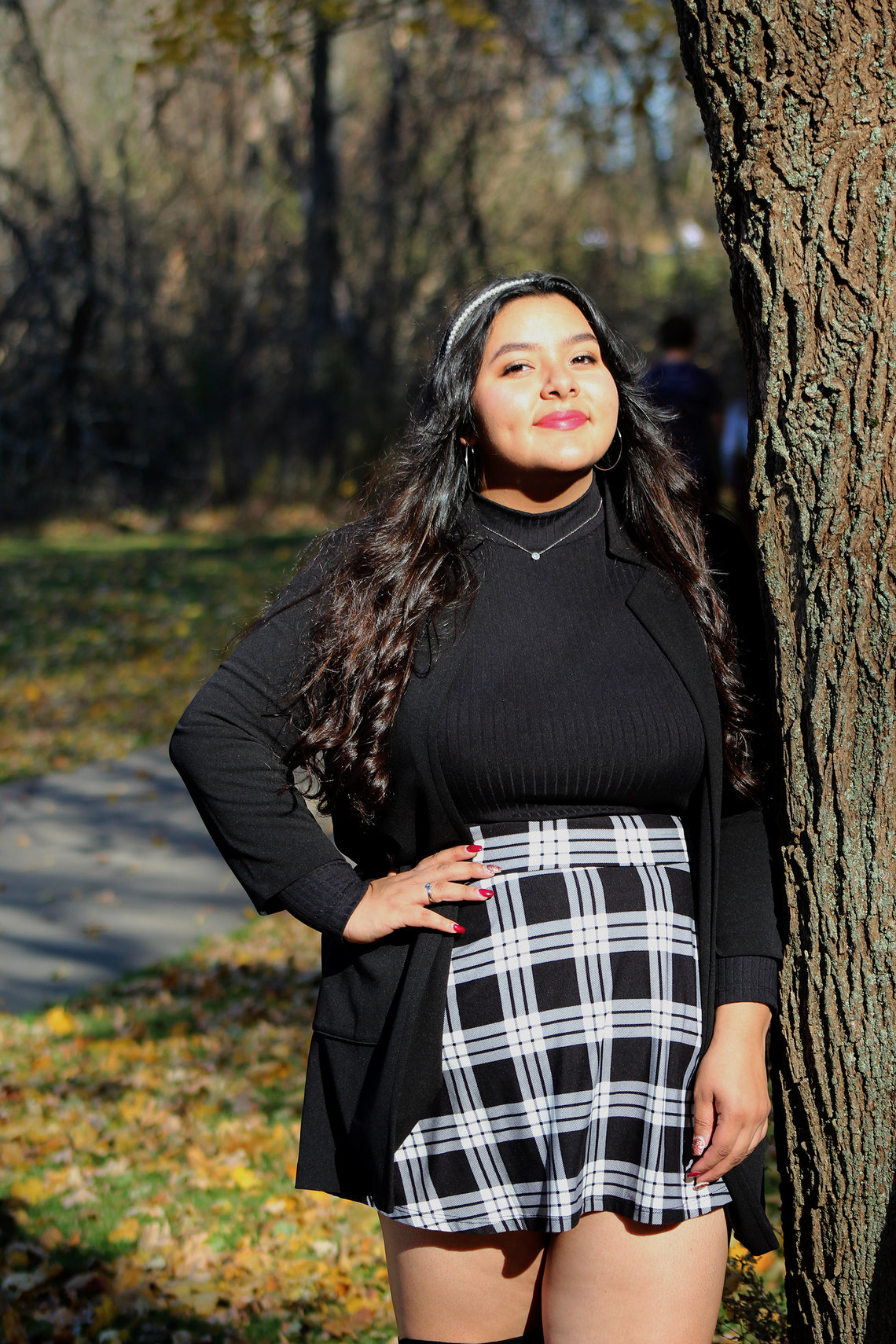 Cassandra Casas, a U.S. citizen, is a high school senior in Wisconsin. Her family was excluded from COVID-19 relief payments because her father, an undocumented immigrant, paid his taxes using a taxpayer identification number.

Casas’ family life had already been fractured once, when her mother was deported eight years ago. During the pandemic she has seen her mother, who lives in Durango state in Mexico, only on FaceTime.

Her father’s layoff was another shock for Casas and her 15-year-old brother, also an American citizen born in Wisconsin.

“I have never seen him like that,” she said of her father. “He had only known hard work before, so he didn’t know what to do. He was stressed, depressed, just overwhelmed because the bills didn’t stop coming in.”

As an English speaker, Casas recalled, one of her tasks growing up was to help her father figure out how to prepare his tax returns. Using the taxpayer identification number, he paid each year, she said. Casas studied the stimulus. She saw that her father would not be eligible, so there would be no money for his two children either. She hesitated to tell him.

“He was very hopeful that he was going to receive that check,” she said. “But after I told him I actually saw him feeling even more defeated.”

She said they fell behind on the mortgage, electric and water bills, and payments for mobile phones and internet service, which became essential as school for Casas and her brother shifted to virtual learning. Casas took a job in the bakery department of a local grocery, going in at 4 p.m. daily. On the weekends she earned extra cash helping an immigrant organization to register voters.

Her performance at Reagan High School dived, just when she needed to keep up her grades to apply to college.

“Sometimes I would get home after 10 o’clock and just fall asleep at my desk, and I wouldn’t complete all my assignments,” she said. “It took a toll on me for sure. I have never seen my grades so low.”

Casas’ father is back at work at the restaurant, but with reduced hours and pay. Casas is drafting college essays she hopes will explain this year’s weak grades. The stimulus money of at least $1,000 -- for Casas and her brother -- would have bought her more time to study.

“I mean, I’m supposed to have the full rights,” Casas said. “But since we were very young, we were treated as if we don’t. It’s just not OK.”