Writing Is My Main Freedom. One Day My Work Disappeared.

A software change in my prison-issued electronic tablet ate up my drafts and eliminated basic writing tools. That may sound minor, but try sending a poem to your kid without line breaks. 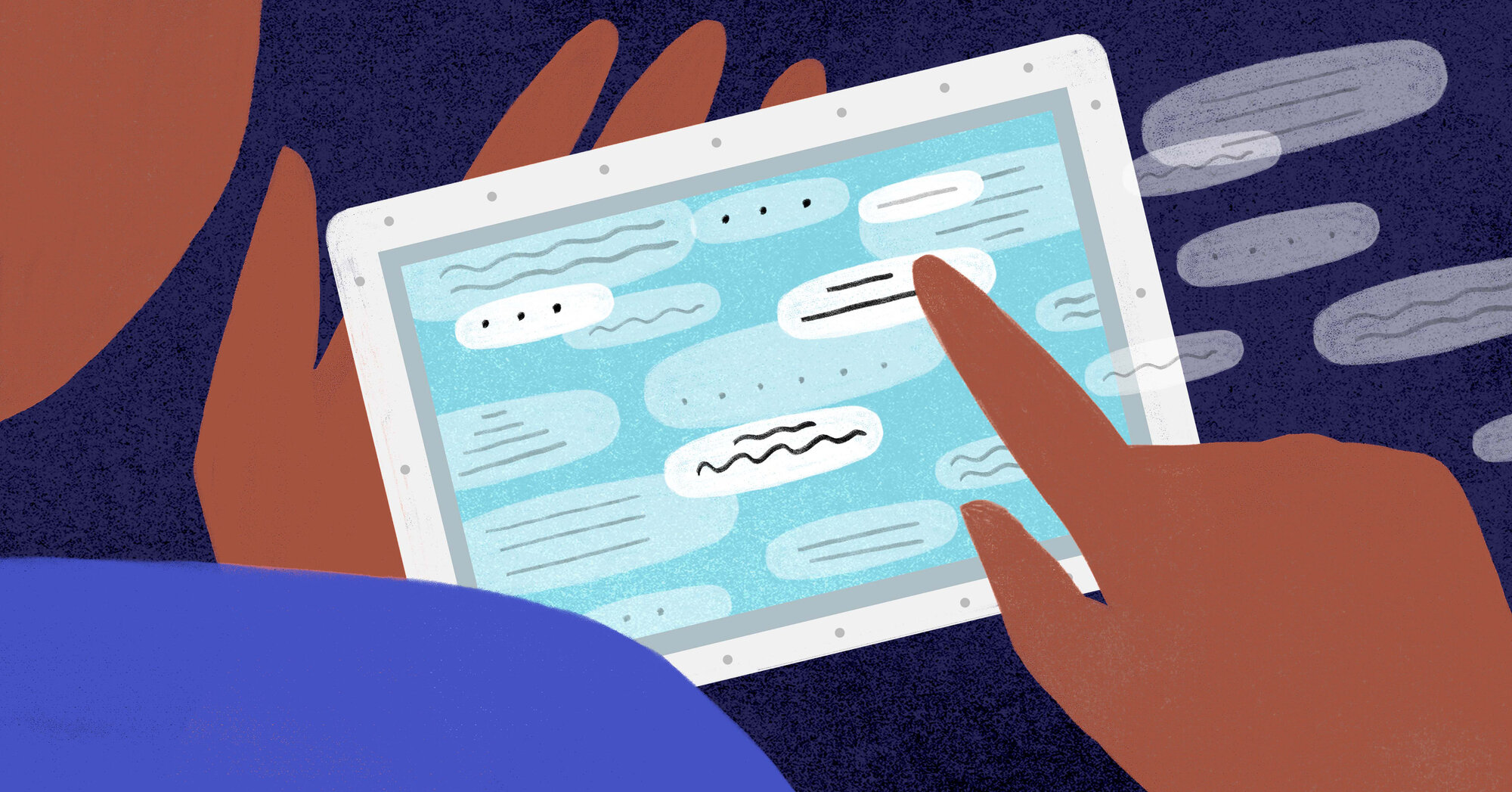 Josie Portillo for The Marshall Project
By Demetrius Buckley
Perspectives from those who work and live in the criminal justice system. Sign up to receive "Life Inside" emailed to you every week.

Back in August, six of my essays, four of my short stories and a bunch of half-written poems that were perhaps worthy of francine j. harris disappeared from the JPay electronic tablet I use to write and stay in touch with my loved ones.

For the most part, the JPay system is a relief. Along with sending and receiving messages, the tablets allow us to get music, games and books from a catalogue on the kiosks that we use to download materials.

There are just two kiosks for over 80 people in my unit. When it’s your turn, you pick up where your conversations and jokes left off. You pore over the hard-to-decipher letters your young children write to you. When JPay is working properly, it makes connection with the outside world more possible. But there are downsides, like losing features.

I lost my works-in-progress because the prison and JPay reduced the tools available to men in the so-called security threat group (STG). Those changes also impacted prisoners like me, who aren’t in the STG.

Suddenly, my box for drafts was gone, and the sentences I typed appeared in one long line across the screen. Without line breaks, I couldn’t create paragraphs in my essays or stanzas in the poems I wrote to my 11-year-old daughter. Essentially, my tablet ceased to be a vehicle for my creative writing. It may sound minor, but try reading and writing messages on your tablet, laptop or phone without line breaks and drafts. Suddenly, your writing makes no sense.

I was devastated, because writing is one of very few freedoms I have at Baraga Correctional Facility in Michigan. Writing is how I make sense of the muddiness within myself and this environment, and I love the ritual of honing my work on the tablet and sharing it with other writers. It’s like a second chance at life.

The change in mailbox features came on top of the usual cost of the electronic “stamps” we have to buy to communicate with our loved ones. Each page requires a stamp, which gets expensive, especially during COVID-19, when families are struggling and people are dying. Even worse, the power to accept or reject the non-legal material that we read and write falls on whoever the Michigan Department of Corrections appoints. Often it’s just a corrections officer filling in for another in the mailroom. JPay is considered a privilege rather than a right. And privileges can be taken away.

According to “Protecting Your Health and Safety: A Litigation Guide For Inmates,” a book published by the Southern Poverty Law Center, the outgoing messages the prison rejects need to be “reasonably related to legitimate penological interests.” That means we can’t send or receive messages that contain escape plans, threats of blackmail or other criminal activity. According to the guide, “officials may not censor incoming or outgoing mail simply because it criticizes the courts, jail or prison policies, or the officials themselves.”

And yet, I’ve had my messages about the killings of George Floyd and Breonna Taylor rejected. The same goes for my journalistic work about prisoners like me on security Level 4, who had been waiting to transfer out of Level 5 housing for two years. To add insult to injury, we don’t get our stamps back when a message is deemed unsafe or inappropriate.

Ultimately, it fell on our loved ones and writing communities to get the features restored for non-STG prisoners. They repeatedly called the facility and JPay representatives to complain. About three weeks into the service changes, JPay sent a message to everyone at Baraga claiming that they had technical problems that they were trying to solve. A week after that letter, prisoners who weren’t in the security threat group had their features restored.

While I’m glad that JPay is back to normal, I’m still upset at the arbitrary nature of the changes. I'll never know what my lost essays, poems and letters — my main creative outlet and my second chance at life — could have become.

A spokesperson for the Michigan Department of Corrections stated that “transfers from Level 5 to Level 4 have been slowed due to COVID protocol.”

A spokesperson for JPay said that a software release “deployed mid-August inadvertently… reverted some facilities to default settings impacting drafting and ease of editing… We acknowledge this technology error and commit to better serving our customers.” On the subject of censored messages, they stated, “If customers feel their content was wrongfully denied, we encourage them to contact customer support, refute the decision and request a stamp refund.”

Demetrius A. Buckley is a poet and fiction writer. His work has been published in The Michigan Quarterly Review, RHINO, The Periphery and Storyteller. He's currently working on a novel, “HalfBreed.” He is serving a 20-year sentence for second degree murder at Baraga Correctional Facility in Michigan.