City leaders want oversight to end, but federal monitor says police are not compliant in “significant and critical areas.” 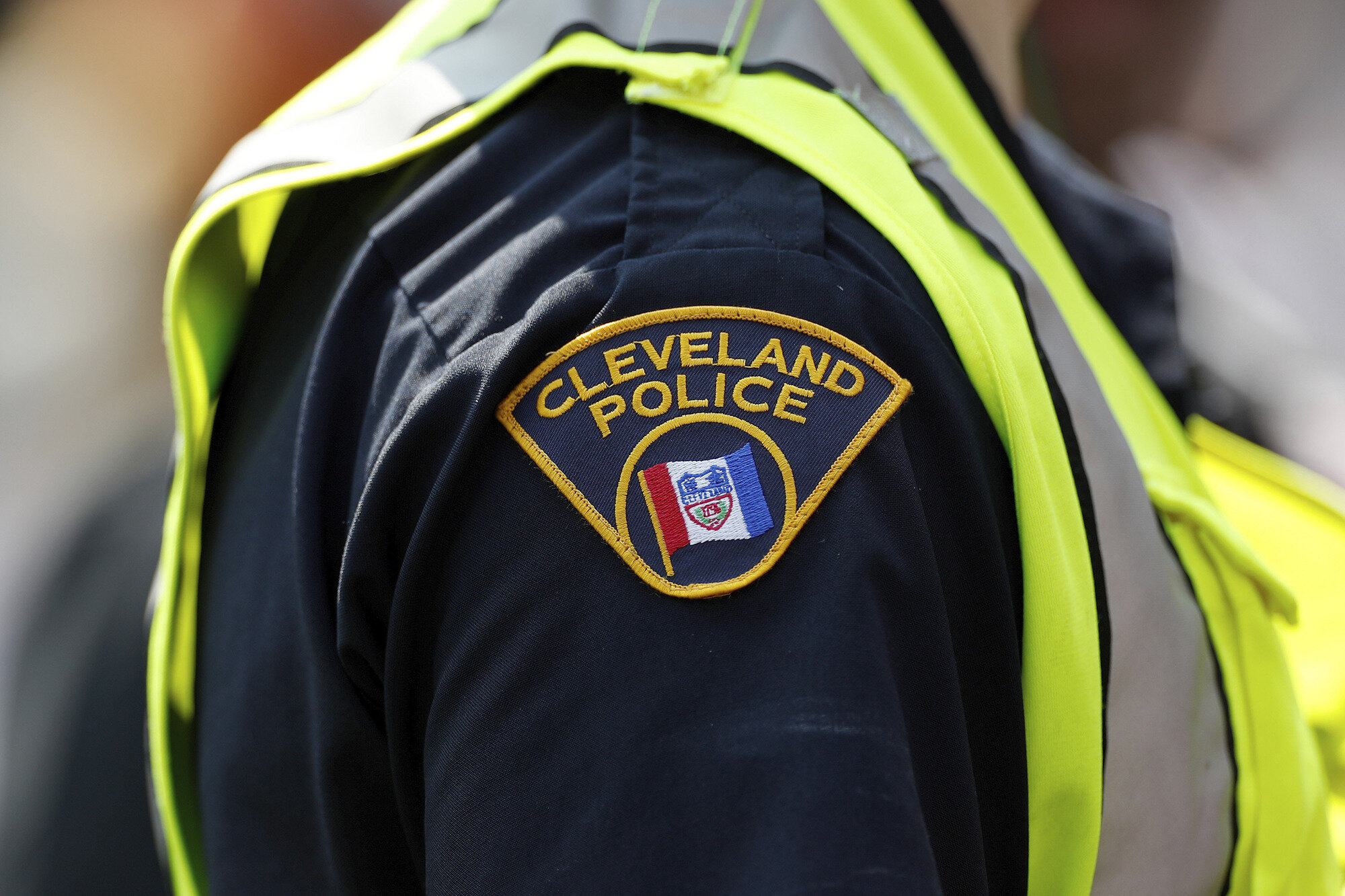 A new report, from a federal monitor overseeing police reforms, is calling several Cleveland Division of Police practices “disturbing” and “alarming.” Among other findings, Cleveland hires officers who couldn’t pass background checks with other police forces.

The issues in the report mirror problems that surfaced in 2014 after an officer shot 12-year-old Tamir Rice. The department never investigated why that officer left a suburban force after a few months, Ideastream reported in 2014. A year later, the department was placed under a federal consent decree.

This article was published in partnership with Cleveland Scene, The Cleveland Observer and The Land.

Lead monitor Hassan Aden wrote in the 75-page, semiannual report that the department still lacks in key foundational areas such as accountability, community engagement and building trust. He added that it still takes too long to investigate complaints against officers. The report is expected to be presented to senior U.S. District Judge Solomon Oliver Jr., who oversees the consent decree.

“There are significant and critical areas of the Consent Decree that remain in noncompliance,” Aden wrote.

“We believe the city has met the broader goals of the consent decree,” Griffin told the court. “The institutions we created are strong. We have new structures to make sure we don’t slide backwards.”

But Assistant U.S. Attorney Michelle Heyer cautioned city officials to not get carried away when throwing out numbers to show success.

“We still have a way to go on reaching the goals,” Heyer said, adding the city needs to communicate in a responsible manner. “The goal is to achieve constitutional policing.”

Oliver said the consent decree has taken longer than expected.

“There’s quite a bit of work to be done,” he said. “You see, there has to be a lot of collaboration.”

After the hearing, Griffin said he expects the city to ask Oliver in 2023 to end the consent decree. If approved, Griffin said the department would face a two-year probationary period before the federal oversight would end.

“We believe we have met the benchmarks,” Griffin said, noting many procedural issues must be fixed.

Civil rights attorney Stanley Jackson of the Cochran Firm Cleveland attended the conference and said he was surprised at how city officials touted successes, with numerous major problems needing attention.

“The reality is (the city) will be in this for quite some time,” Jackson told The Marshall Project.

The consent decree agreed upon between the police department and the Department of Justice in 2015 did not assign guilt or liability. Instead, it created a blueprint to repair community relationships and overhaul how officers frequently used excessive force on residents.

The Marshall Project recently detailed how the city spent more than $60 million on reforms since it entered the consent decree in 2015. Residents and elected leaders questioned whether the money has improved the department's relationship with the public.

In 2017, the city fired Officer Timothy Loehmann, who fatally shot Tamir Rice in 2014, for lying on his application about being unfit to serve. The officer did not disclose why he left the Independence Police Department, according to a Cleveland.com story.

The new report blasted the city for lacking “coordination and direction” when it comes to recruiting and hiring new officers. Monitors examined background reviews of new hires and said the “reviews could have been better” and found many cases to be “cursory.”

Monitors also found that veteran officers hired from other agencies should not have been hired because they had “significant background issues.”

“Most confounding in the reviews was the decision to extend an offer of employment to an individual when 12 of 13 members of the committee voted no upon considering that candidate,” Aden wrote in the report.

For years, residents, activists and some elected officials criticized the department for not moving fast to investigate misconduct allegations or conduct thorough investigations.

Here are areas, according to the report, where the department fails in internal investigations:

When it comes to harassment or bias complaints, the police force uses the city’s human resources department to investigate those allegations.

For example, monitors had been tracking two cases brought to their attention by the Black Shield Police Association, an association of Black Cleveland police officers. In one, a complaint was made to the former chief in January 2021. Nine months later, the department told monitors the case was near completion, the report said.

Monitors learned the department did not start the investigation until July 2022, 18 months after allegations surfaced.

“That is a significant delay that will not only impact the quality of the investigation, it also does not engender any reasonable belief on the part of the monitoring team that the city is capable of fairly adjudicating these complaints,” Aden wrote.

The consent decree required the city to beef up its staff in the Office of Professional Standards, a civilian office that investigates complaints.

Monitors noted in December 2019 and in September 2020 that the office had a backlog of cases and that cases older than a year had doubled. Investigators also did not have a “sustainable workload.”

As of May 2022, the office has not sent a biweekly report because a staffer resigned, the report said. While the caseload per investigator has decreased slightly, the number of investigations older than one year “is still unacceptably high,” the report said.

Griffin and another city official told Oliver the office has faced a staffing shortage, but it is in the process of hiring new leaders and investigators as caseloads have fallen.

Heyer, the DOJ attorney, questioned the quality of the investigations coming from the office, adding: “I am not sure if the work has been getting done,” she said.

Another goal of a consent decree is to require police departments to share more information with the public, such as crime statistics or new policies.

Issues remain for the department's website. Monitors said they “remain concerned about outdated information” and that it's hard for people to find information if they are not informed users, the report said.

“Someone in the division must take responsibility for the accuracy of the website,” Aden wrote in the report. “It has become easier to find important documents on the website, but they remain organized in a way that suits the division and not the public.”

A consent decree’s oversight ends only when a federal judge says it does.

Aden’s new report is the first published under Mayor Justin Bibb, who took office in January. Bibb recently told The Marshall Project that he would like to end the federal oversight by the end of 2025.

The report said Bibb “has been extremely thoughtful and deliberate” about meeting with monitors and listening to ideas to improve the department. Aden noted that Bibb is building a city team whose focus is to keep the city’s compliance efforts on track.

The new report does note some progress: The department has created a community police commission and developed a system for reporting use of force and crisis intervention.

Mark Puente is a staff writer leading investigative reporting efforts for The Marshall Project – Cleveland. Puente, a former truck driver, has nearly 20 years in journalism and a proven track record in accountability reporting. He has worked for The (Cleveland) Plain Dealer, The Baltimore Sun, the Tampa Bay Times and the Los Angeles Times. Puente is a two-time finalist for the Pulitzer Prize.