The Cleveland Democrat says “the only way we can make systemic change is with the data.” 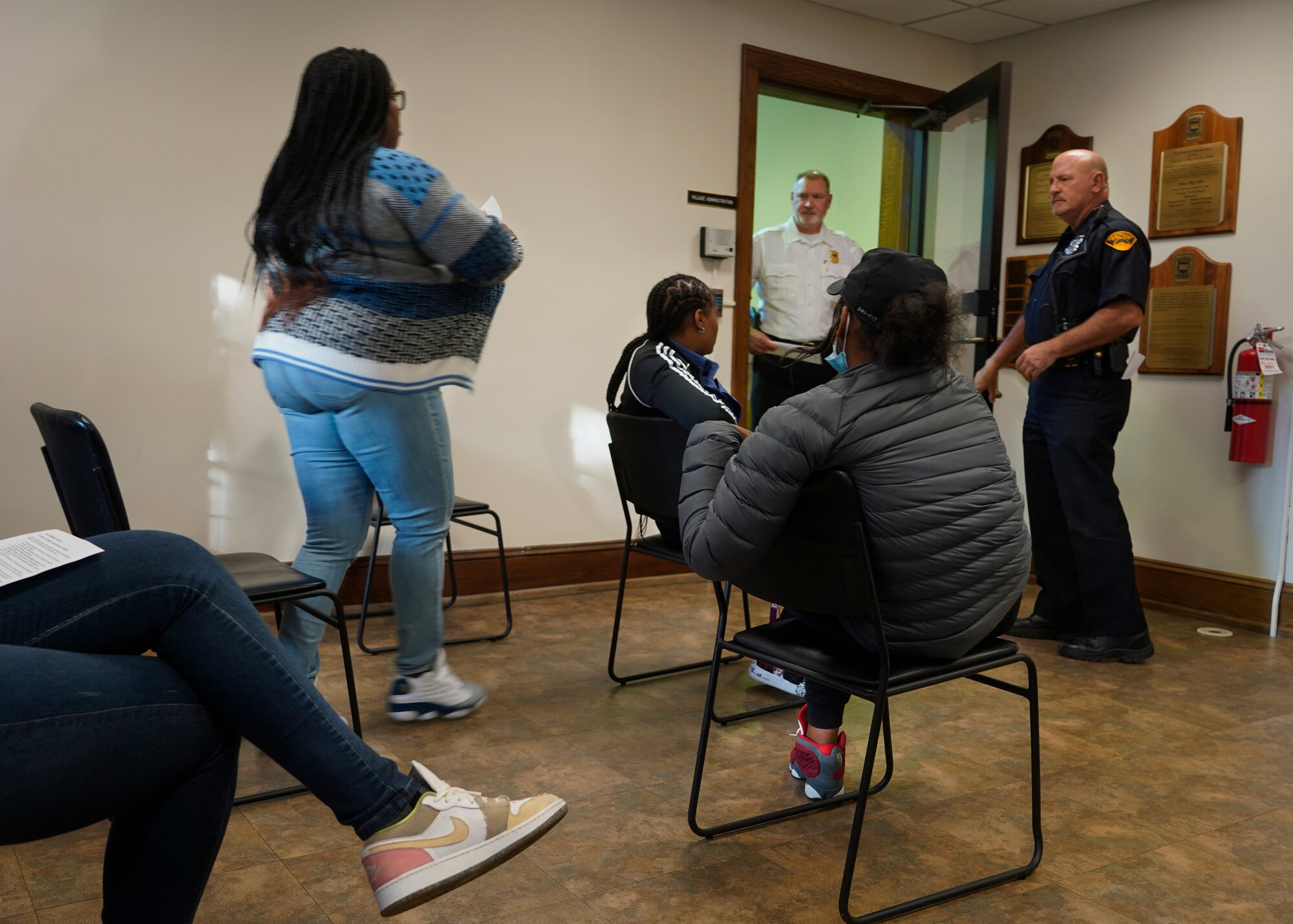 Cleveland residents wait to resolve their traffic tickets at Mayor’s Court in the village of Bratenahl on Oct. 11, 2022. Gus Chan for The Marshall Project
By Mark Puente and Stan Donaldson Jr.

This article was published in partnership with News 5 Cleveland.

The Marshall Project - Cleveland’s investigation noted that 60% or more of drivers cited for traffic violations by Bratenahl police since 2020 were Black.

Brent said she intends to introduce the proposed legislation in January 2023 when the Ohio General Assembly begins its next legislative session.

“The only way we can make systemic change (in policing) is with the data,” Brent told The Marshall Project - Cleveland. “The data has to support what people are saying in public.”

Following a Marshall Project/News 5 investigation, a state lawmaker says she will propose a law that requires police to record race during every traffic stop in Ohio. News 5 Cleveland and The Marshall Project

The decision in Ohio to collect race information is made at the local level.

In 2020, New York University’s School of Law’s Policing Project called state laws that require officers to record race data “a gold standard.” As of 2020, the group said only 20 states required the collection.

Bratenahl officers did not record race information in nearly half of all cases between Jan. 1, 2020, and Sept. 15, 2022. After nationwide protests following George Floyd’s murder by a White Minneapolis police officer in May 2020, The Ohio Collaborative — a panel of law enforcement experts and community leaders — established voluntary state standards for use-of-force, body-worn cameras and tracking race data. Bratenahl police sought accreditation from the Ohio Collaborative in the fall of 2020 and started recording race data of drivers during traffic stops soon after. 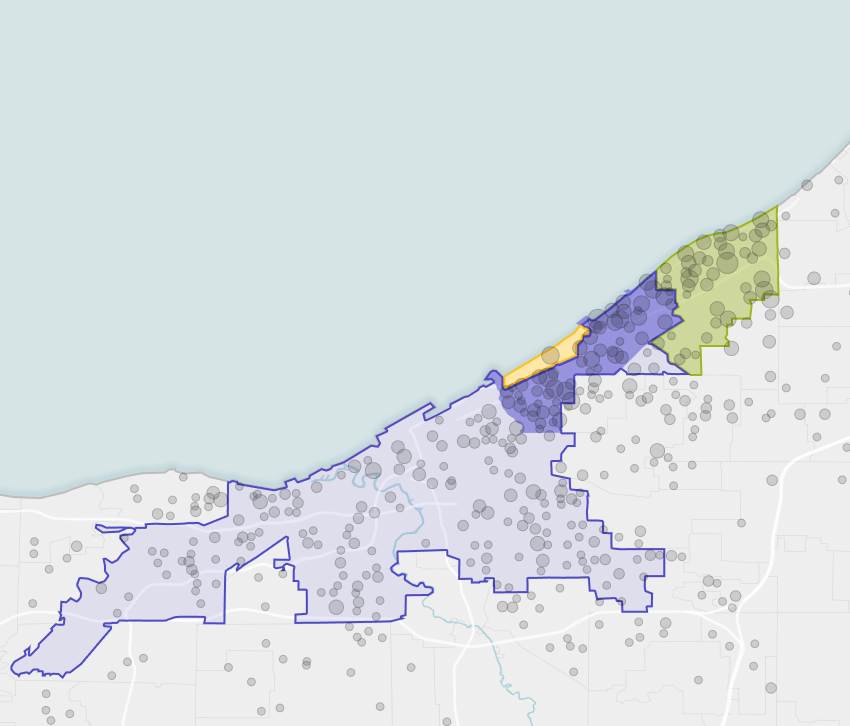 Lawmakers can solve the issue by passing legislation that would require the Ohio Bureau of Motor Vehicles to make drivers disclose their race when issuing or renewing a driver’s license, he said.

The association, Cornwell said, has asked the Bureau of Motor Vehicles to consider the requirement, but the idea has been met with a “lukewarm reception” the past two years.

Jocelyn Rosnick, policy director at the ACLU of Ohio, said that while data collection is not a panacea for ending systemic racism in policing, it is most certainly a tool to help understand the extent to which Black and Brown communities are targeted and disproportionately impacted through excessive policing.

“The burden should not be on impacted communities, advocates and the media to spend countless hours combing through piecemealed records,” Rosnick said. “Cohesive, statewide data collection on traffic stops would be a step in the right direction — though we know much more would be needed, including rigorous monitoring of this data and meaningful reforms.”

Approximately 3 in 4 of Bratenahl’s 1,400 residents are White. Bratenahl is home to people such as Cleveland Browns football team owners Jimmy and Dee Haslam and Cleveland Cavaliers basketball star Kevin Love. It is surrounded by Cleveland and shares a ZIP code with Glenville, one of Cleveland’s poorest neighborhoods.

Over 60% of drivers ticketed in 2022 came from areas with higher poverty rates, lower household income, and larger non-White populations than most Ohio communities.

LoBello said he requested a meeting with Conwell “to get to know each other.”

Conwell also said he will meet with Cleveland Municipal Court Administrative Judge Michelle Earley to find ways to educate Cleveland drivers on how to request that Bratenahl traffic cases be moved to Cleveland courts.

Ronnie Dunn, executive director of the Diversity Institute at Cleveland State University, said it’s difficult to get statewide support for such collection efforts. He cited the attempts of former state representative Peter Lawson Jones in the late 1990s to get support for a statewide law to prevent racial profiling.

The traffic data should be collected and made public to ensure transparency during police stops. Dunn, also an associate professor of urban studies and public affairs at the university, said Ohio is behind many other states when it comes to legislation requiring the collection of race data by law enforcement.

“I really find it unconscionable that today, in this era of big data, we wouldn’t collect data on all types of police interactions with the public … traffic stops included,” Dunn said.

Mark Puente is a staff writer leading investigative reporting efforts for The Marshall Project – Cleveland. Puente, a former truck driver, has nearly 20 years in journalism and a proven track record in accountability reporting. He has worked for The (Cleveland) Plain Dealer, The Baltimore Sun, the Tampa Bay Times and the Los Angeles Times. Puente is a two-time finalist for the Pulitzer Prize.

Stan Donaldson Jr. is a staff writer for The Marshall Project – Cleveland who leads local community engagement reporting efforts. He spent a decade in newsrooms, including The (Cleveland) Plain Dealer, where he won several awards for his reporting. A native of Youngstown, Ohio, Donaldson joined The Marshall Project from his alma mater, Norfolk State University, where he served as the director of media relations and the president’s speechwriter.