How Children End Up in Cleveland’s Adult Courts: A Bindover Explainer

Cuyahoga County transfers more children — most of whom are Black — to adult court than any other Ohio county. 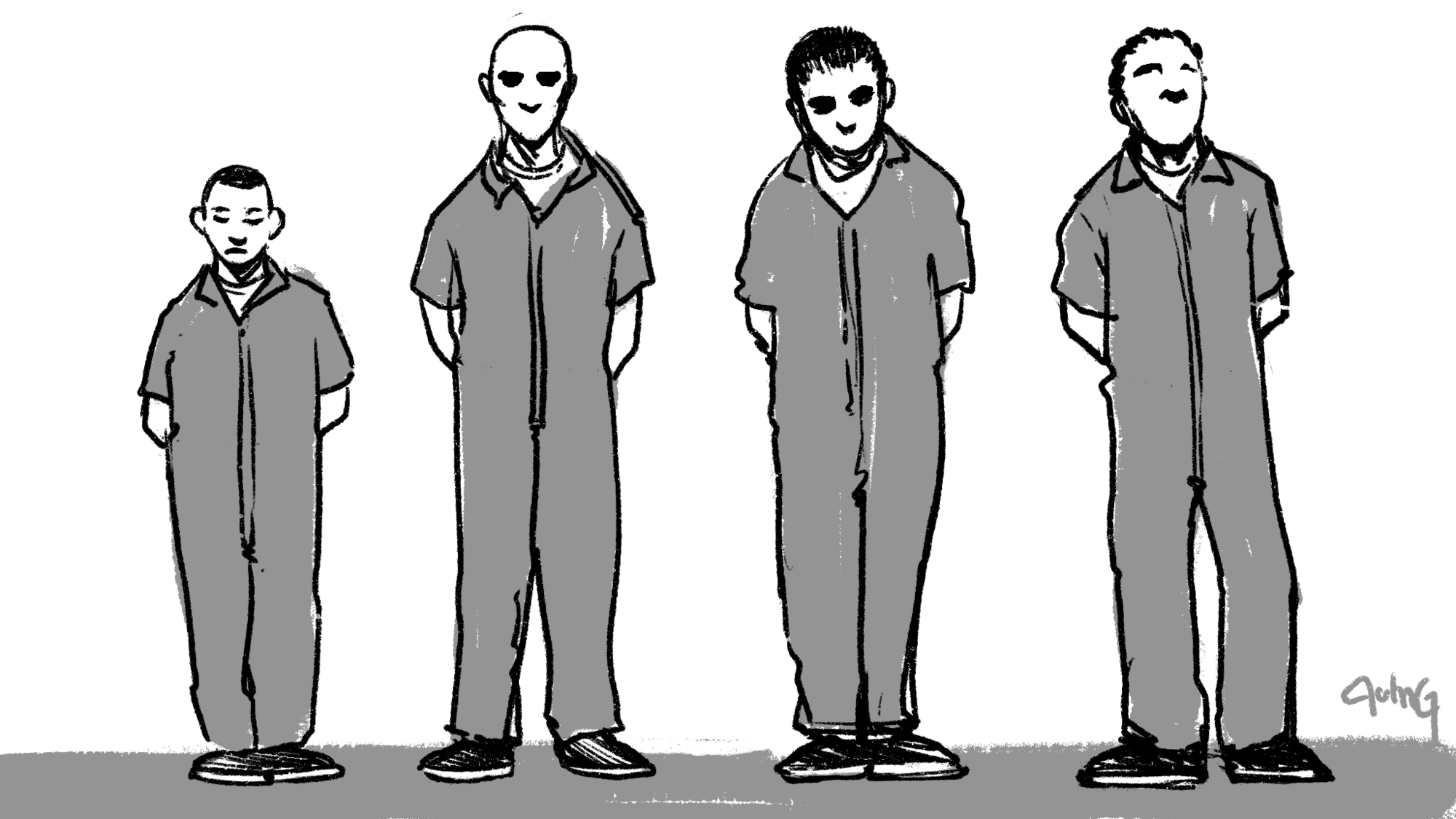 Community members packed the pews at Olivet Institutional Baptist Church Tuesday evening as part of a Greater Cleveland Congregations action to draw attention to the high number of Black children from Cuyahoga County being transferred to adult courts and serving time in adult prisons.

This article was published in partnership with Signal Cleveland.

The coalition of more than 30 congregations and organizations assembled just a block west of the towering Cuyahoga County Juvenile Court to learn about a process — called a “bindover” — that allows children accused of crimes to be treated as adults.

Cuyahoga County transfers more children to adult court than any other county in the state. In the past decade, 94% were Black, according to state records.

The question buzzing in the sanctuary: Why?

About 300 attendees learned about the role of state laws that make bindovers mandatory in some cases. In many cases, the choice to send a child to adult court is up to a county judge. The county prosecutor makes the argument that children can no longer be rehabilitated in the juvenile justice system.

“When children are placed in adult facilities, they usually face very brutal conditions,” Leah Winsberg, an attorney with the Children’s Law Center, told the crowd. Winsberg said research show that children who serve time in adult prison are far more likely to be sexually assaulted, more likely to die by suicide, and 34 times more likely to end up charged with additional crimes.

Katherine Sato, who works with the Ohio Public Defender's youth division, called for a moratorium on bindovers so the racial disparities can be examined. Winsberg said short of a moratorium, the county could stop transferring children as young as 14 or 15 to adult court, as well as children with developmental delays.

Other panelists called for the county government, including incoming County Executive Chris Ronayne, who was in attendance, to examine how the county’s budget prioritizes spending that will decrease the structural racism at play.

“Money is not everything,” Smith said. “But how we spend our money absolutely shows where our priorities are.”

Signal Cleveland and The Marshall Project are examining the bindover process in Cuyahoga County and digging into the disparities.

Learn more below about the process and how often Black children from Cuyahoga County end up in adult court.

This explainer is available for download as a PDF. 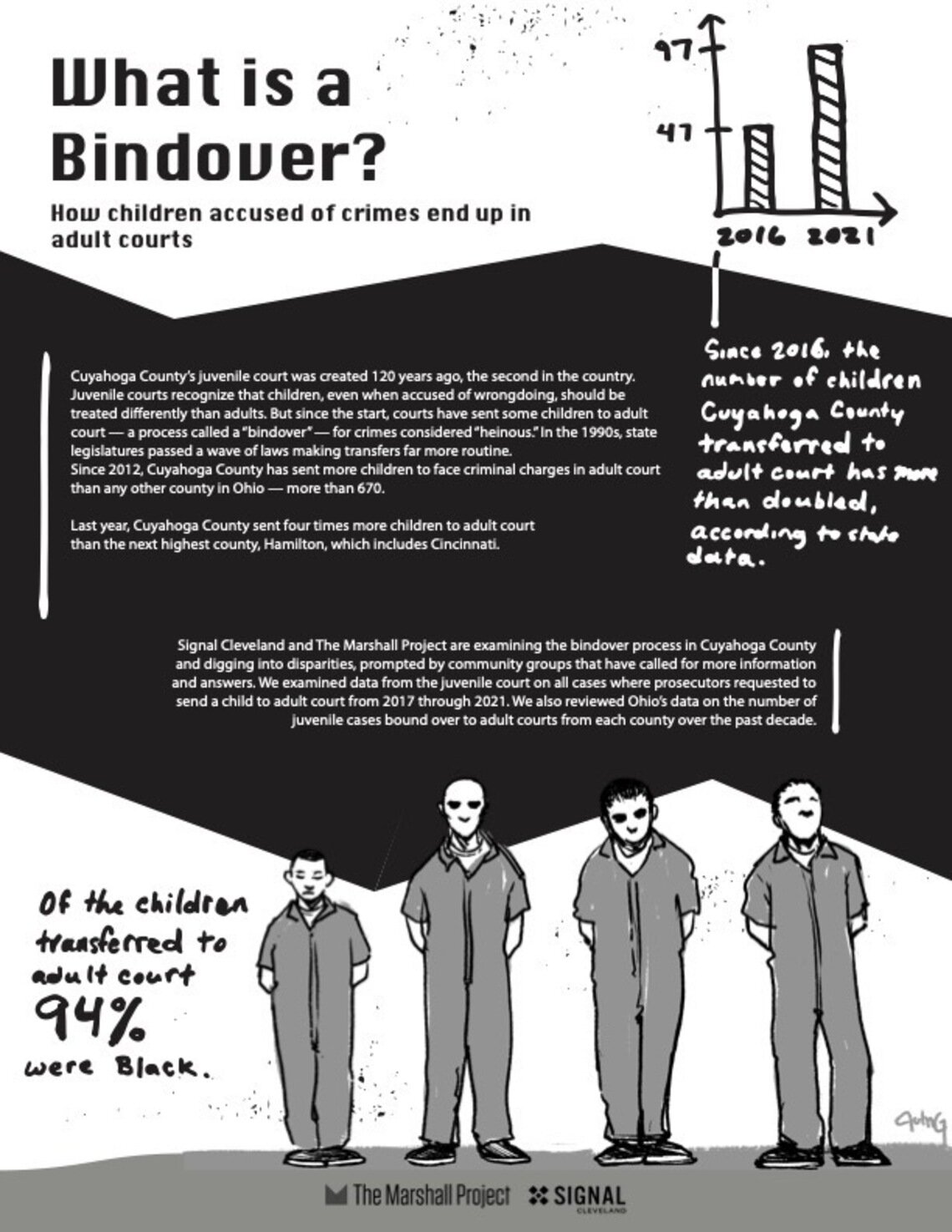 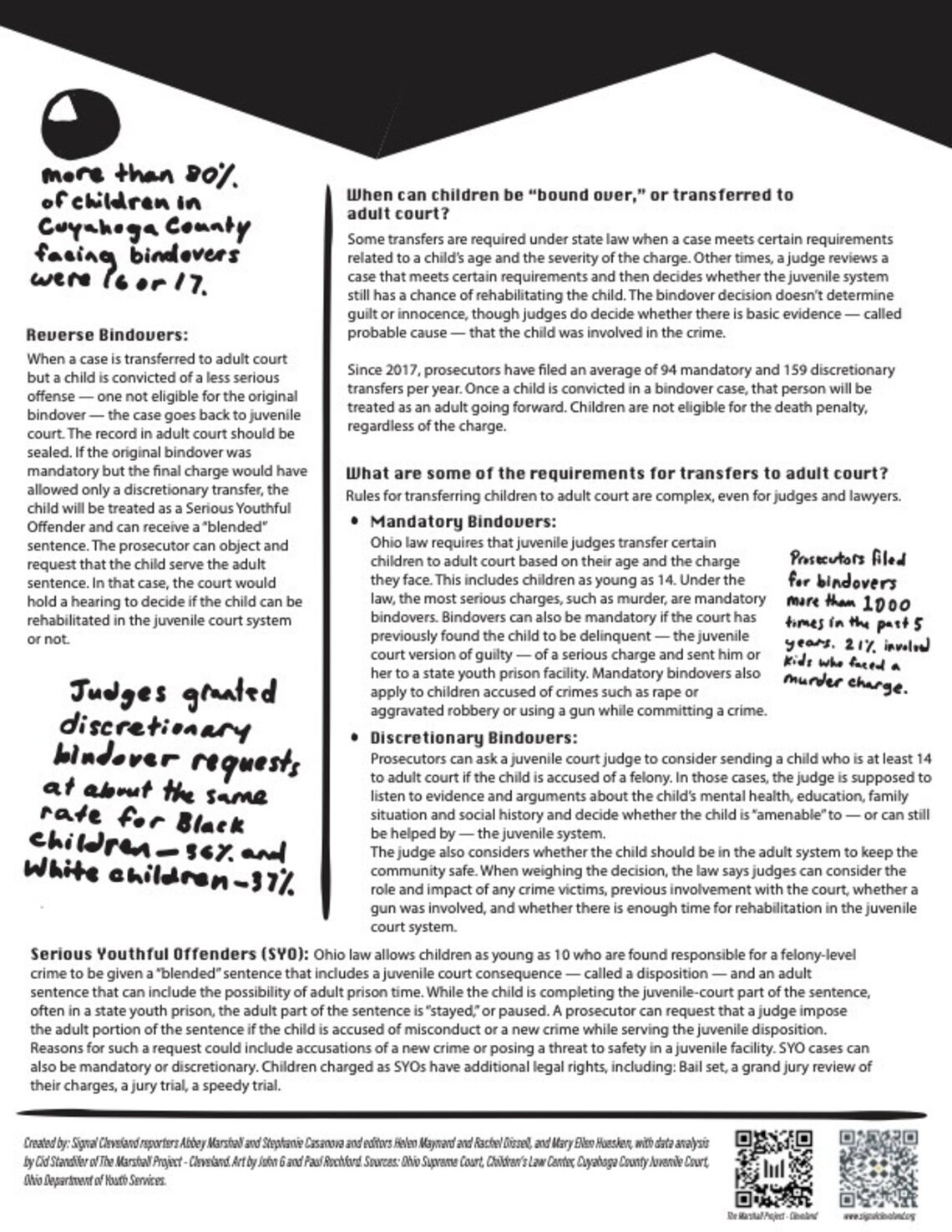 Rachel Dissell is a Cleveland-based journalist with more than two decades of experience reporting on the justice system. She is a two-time winner of the Dart Award for Excellence in Coverage of Trauma.

Cid Standifer is a staff writer for The Marshall Project – Cleveland. She has more than a decade of newsroom experience, and has written for The (Cleveland) Plain Dealer, Belt Magazine, Cleveland Scene, Eye on Ohio and The Washington Post. Prior to moving to Cleveland, she covered the military for Stars and Stripes, Military Times, Inside the Navy and USNI News. Standifer has a master's degree in African history from Emory University and a bachelor's degree in history and physics from Grinnell College.