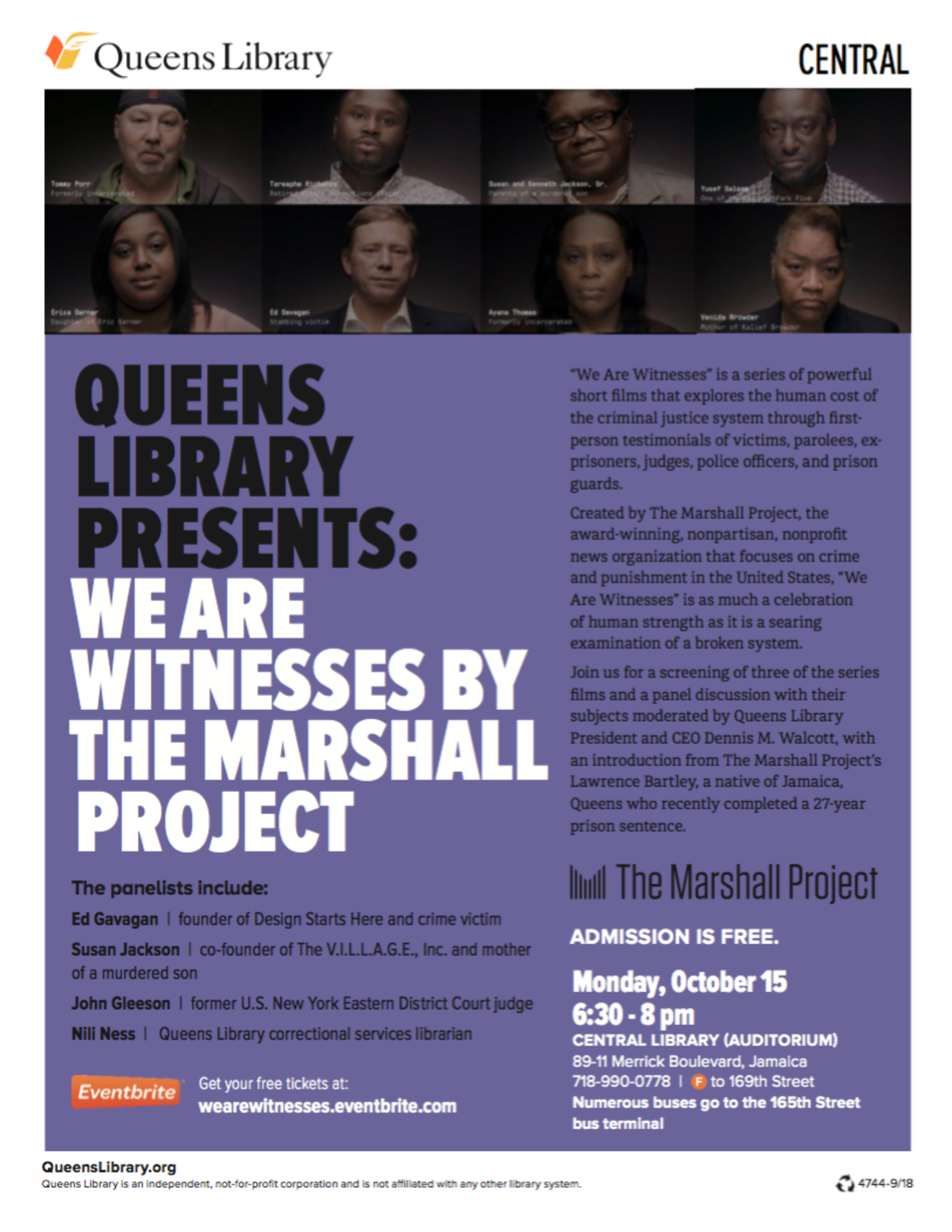 "We Are Witnesses” is a series of powerful short films that explores the human cost of the criminal justice system through 1st- person testimonials of victims, parolees, ex- prisoners, judges, police officers, and prison guards.

Created by The Marshall Project, the award-winning, nonpartisan, nonprofit news organization that focuses on crime and punishment in the United States, “We Are Witnesses” is as much a celebration of human strength as it is a searing examination of a broken system.

Join us for a screening of three of the series films and a panel discussion with their subjects moderated by Queens Library President and CEO Dennis M. Walcott, with an introduction from The Marshall Project’s Lawrence Bartley, a native of Jamaica, Queens who recently completed a 27-year prison sentence.