The Men Who Should Have Been Free

Revisiting “The Innocents,” one of the first photo series to explore the lives of the wrongfully convicted.

In 2000, on assignment for The New York Times Magazine, Taryn Simon photographed a series of wrongfully convicted death row inmates who had been released over the last decade, many as a result of DNA evidence. That project inspired her to further investigate photography’s often contradictory role in the criminal justice system: Witnesses use mugshots to identify — and sometimes misidentify — suspects. 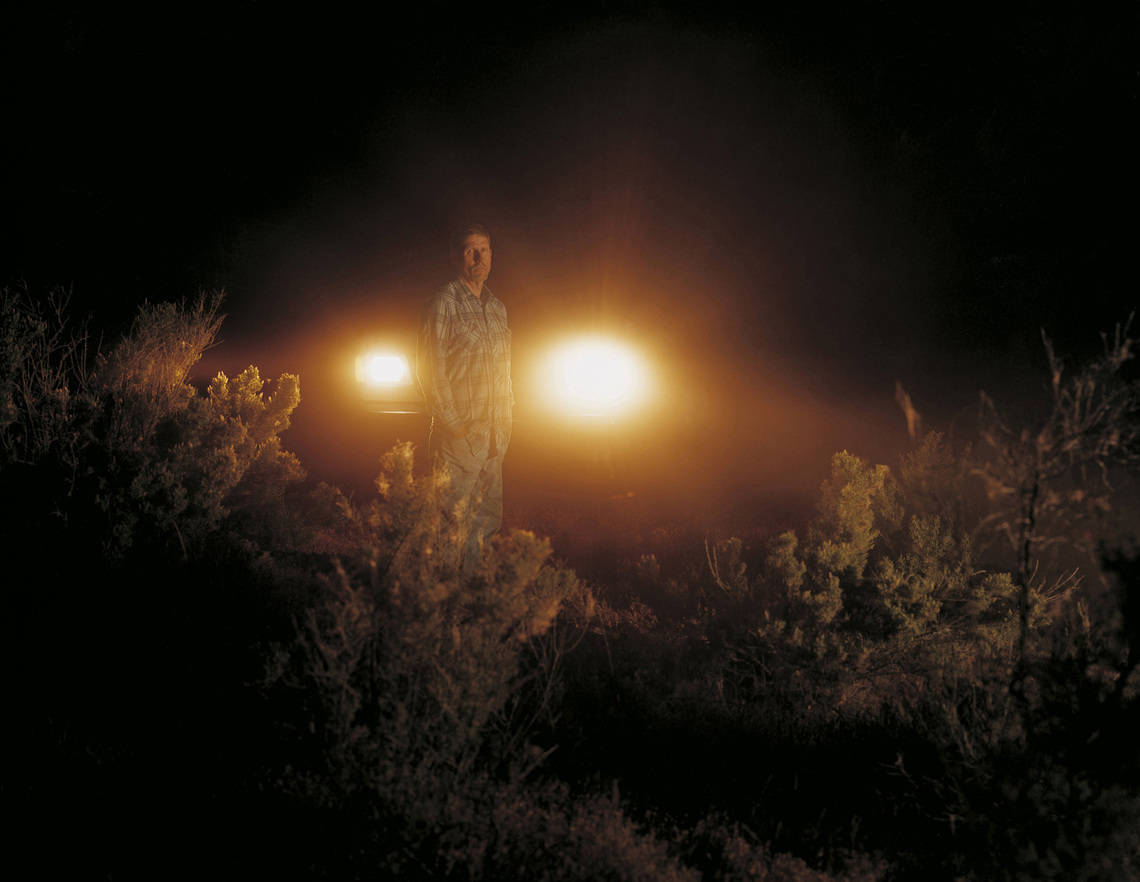 Scene of the crime, the Snake River, Melba, Idaho

Served 18 years of a death sentence for murder, rape, and kidnapping.

So Simon traveled across the United States in search of other wrongfully convicted people and photographed them in places that played a significant role in their cases — the location of their arrest, the scene of the crime.

“These men had only read about or imagined many of these places, because they didn’t commit the crime,” says Simon. “Some men didn’t want to go to the scene they didn’t want to have any familiarity with it. Others, like Troy Webb [below] insisted on wearing a suit for the photograph in order to honor the victim of the crime.”

The photos were later published in her 2003 book, “The Innocents,” excerpted here. It is one of the first, and most enduring, photo series to explore the lives of the exonerated.

More than 10 years later, Simon remains close with several of the people she met. “Everyone processed this hell and survived it in a different form,” she says. “The one thing that remains for all is a deep mistrust of systems and authority.” One of the men, Simon recalls, “spent much of his life after his wrongful conviction recording all of his interactions with other humans so he would have an alibi for every minute.” 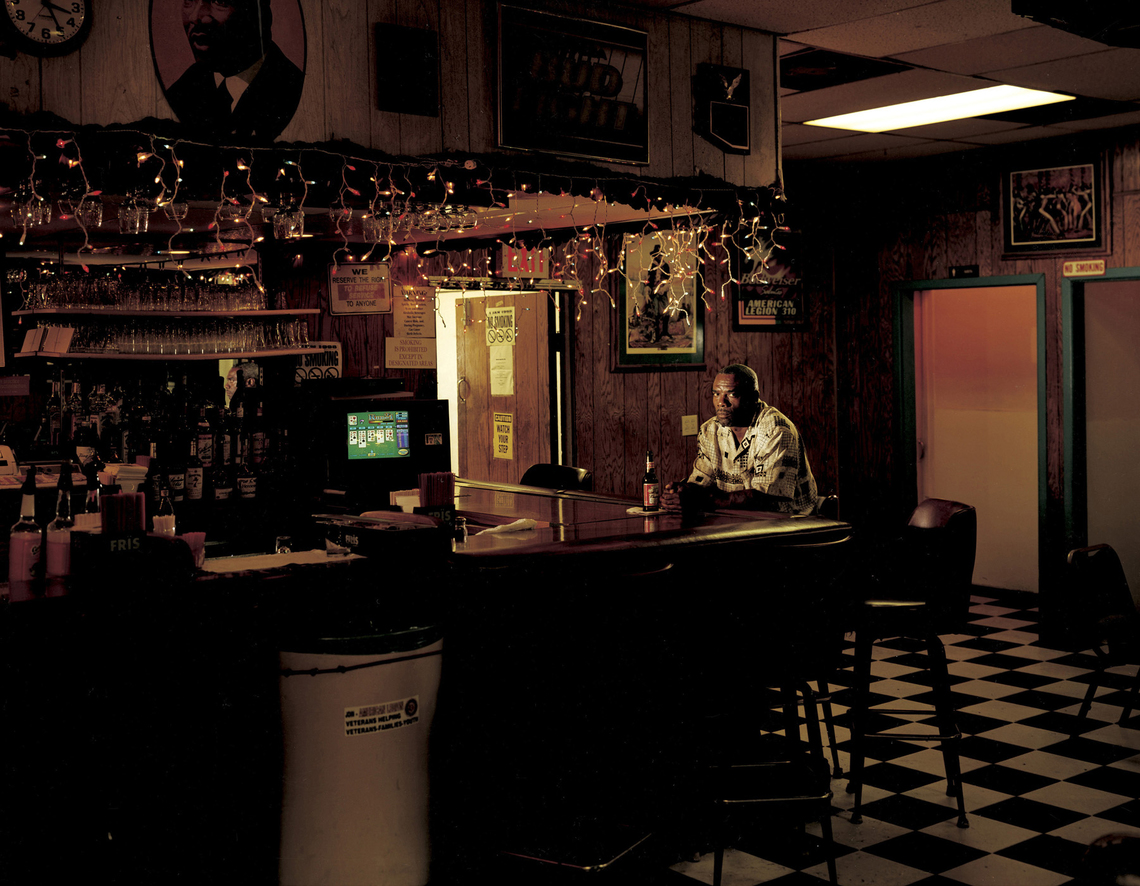 Served 10 years of a life sentence for rape, kidnapping, and vehicle theft. 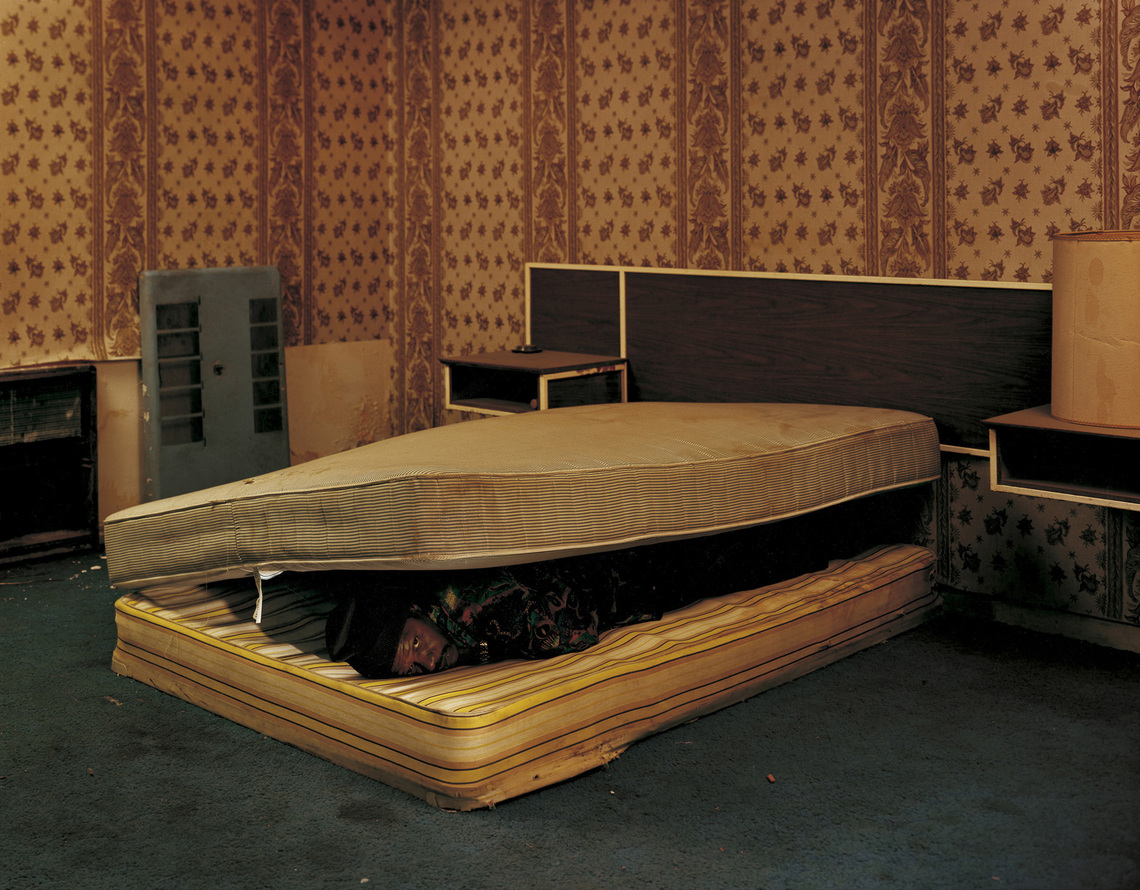 Police found Mayes hiding beneath a mattress in this room.

Served 18.5 years of an 80-year sentence for rape, robbery, and unlawful deviate conduct. 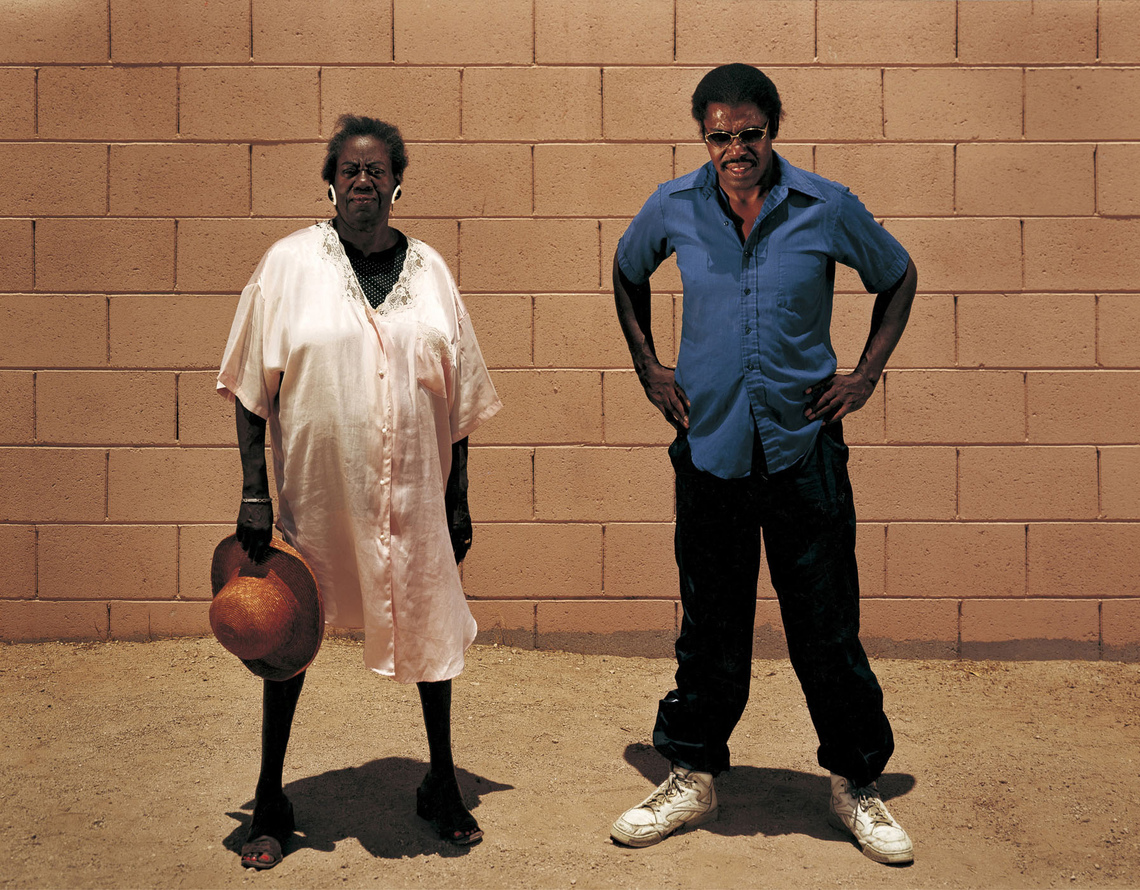 With Alice Laitner, Youngblood’s girlfriend and alibi witness at trial.

Served 8 years of a 10.5-year sentence for sexual assault, kidnapping, and child molestation. 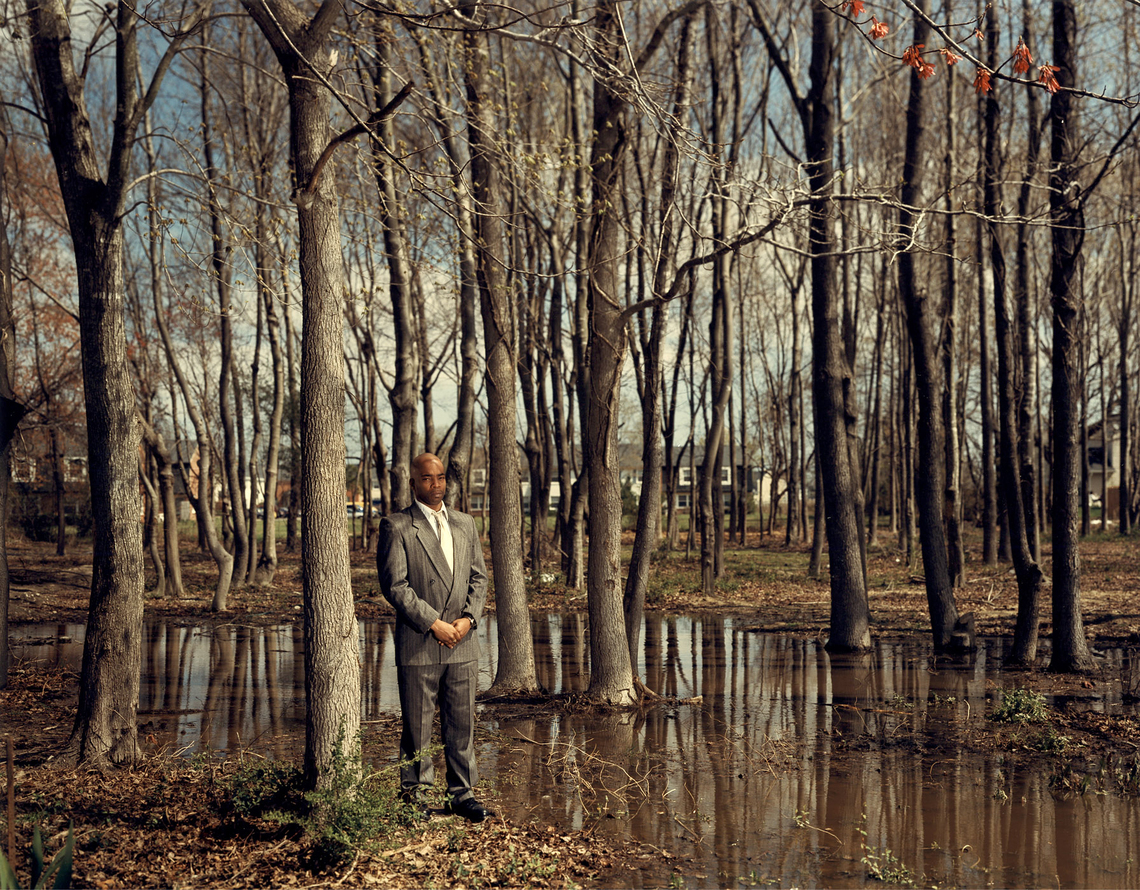 Scene of the crime, The Pines, Virginia Beach, Virginia

Served 7 years of a 47-year sentence for rape, kidnapping, and robbery. 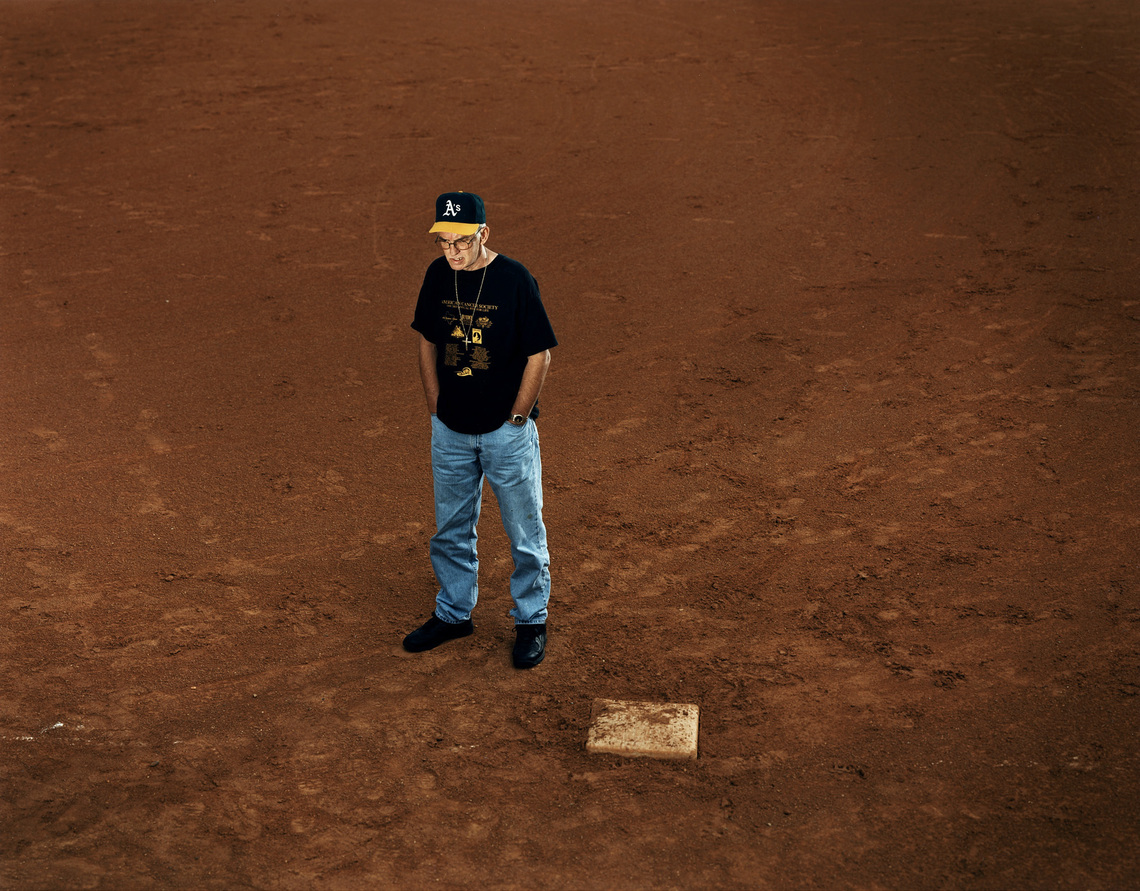 Williamson was drafted by the Oakland Athletics before being sentenced to death.

Served 11 years of a death sentence for first degree murder. 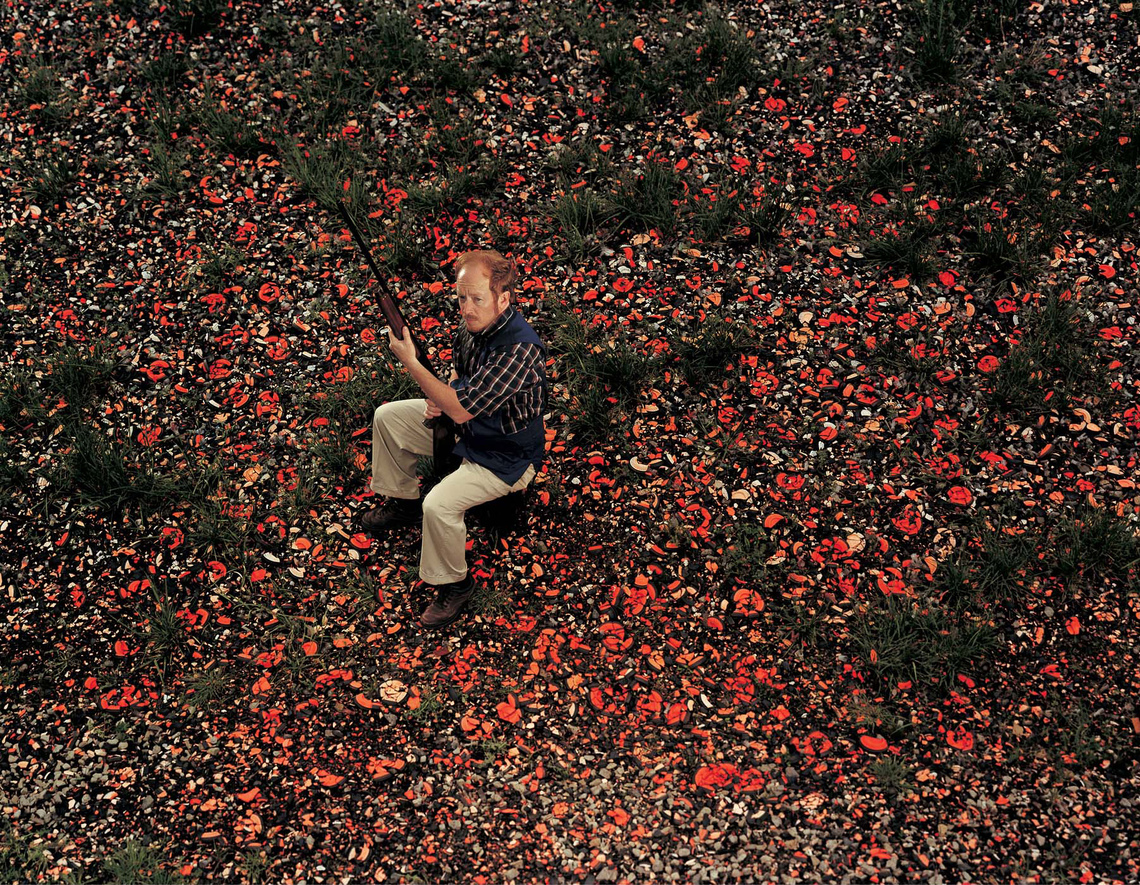 11 alibi witnesses placed Durham at a skeet-shooting competition at the time of the crime.