Photographer Sofia Valiente captures the lives of a community of sex offenders. 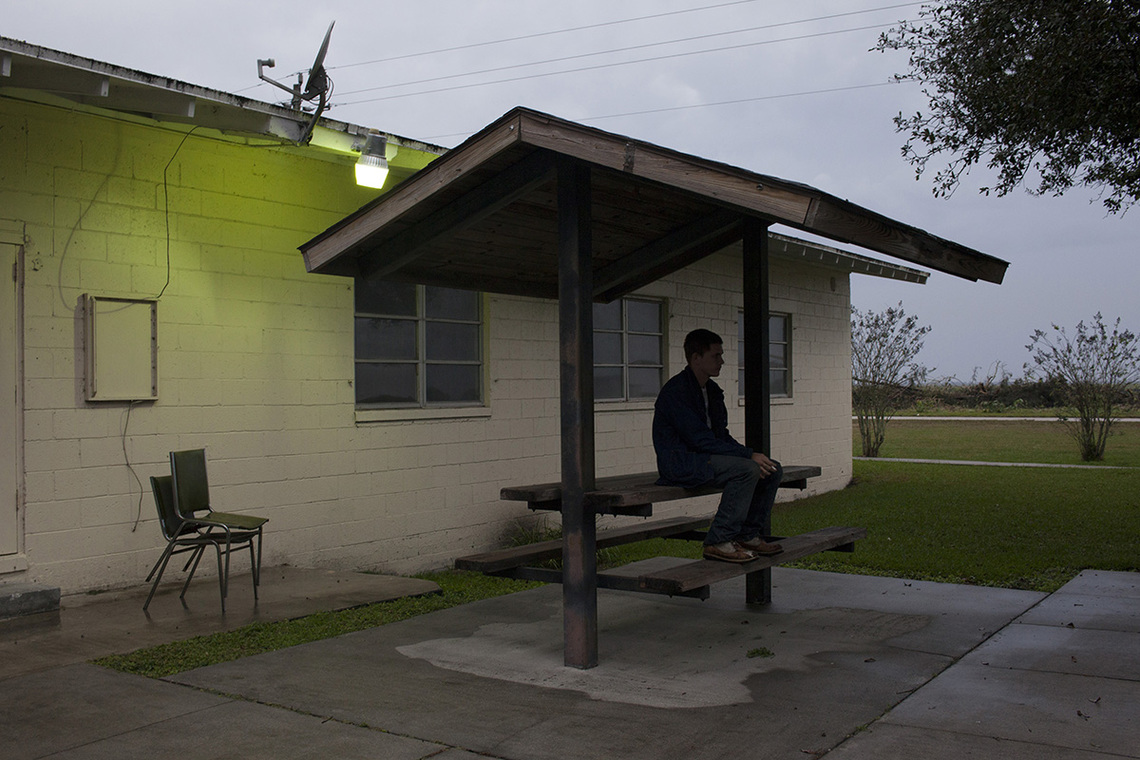 Doug sitting near the entrance of Miracle Village.

On page 105 of Sofia Valiente’s 2014 book, “Miracle Village,” David, a convicted sex offender, describes how he landed a five-year prison sentence and three years of probation, which he’s currently serving:

On the following page is an entry from another subject, Matt, who served a two-year prison sentence and has ten years of probation:

Valiente’s book contains several such essays written by 12 sex offenders, all of whom live in Miracle Village, an isolated community of over one hundred sex offenders in West Palm Beach County, Fla. The village was founded in 2009 by Pastor Dick Witherow, whose ministry helps sex offenders reintegrate into society by providing them with onsite housing, employment, and counseling.

For three months in 2013, Valiente, photographed her subjects’ lives within the community, took their portraits, shot landscapes, and captured still lifes of their writing. “I didn’t really know what I wanted to [photograph] until I met one resident, Matt, who was my age at the time,” says Valiente. “We had a long chat, and it was the first time I felt empathy. I saw another human being and not the monster he was made out to be.”

Florida law requires that registered offenders live a minimum of 1,000 feet from schools, bus stops, and any other places where children regularly congregate. Says Valiente, “I tried to get one of the guys I photographed, Doug, to go to a GED class, but they’re held in a high school so he couldn’t go." These and other restrictions — including curfews, probation, and wearing tracking devices — makes finding housing and employment difficult for many offenders.

“They have trust issues,” Valiente says. “They never imagined that their lives would change so drastically because of one act.”

“Miracle Village” is currently on view at Daniel Blau gallery in London until February 13. Below is a selection of photographs from the exhibition, as well as excerpts taken from essays and interviews with the residents. 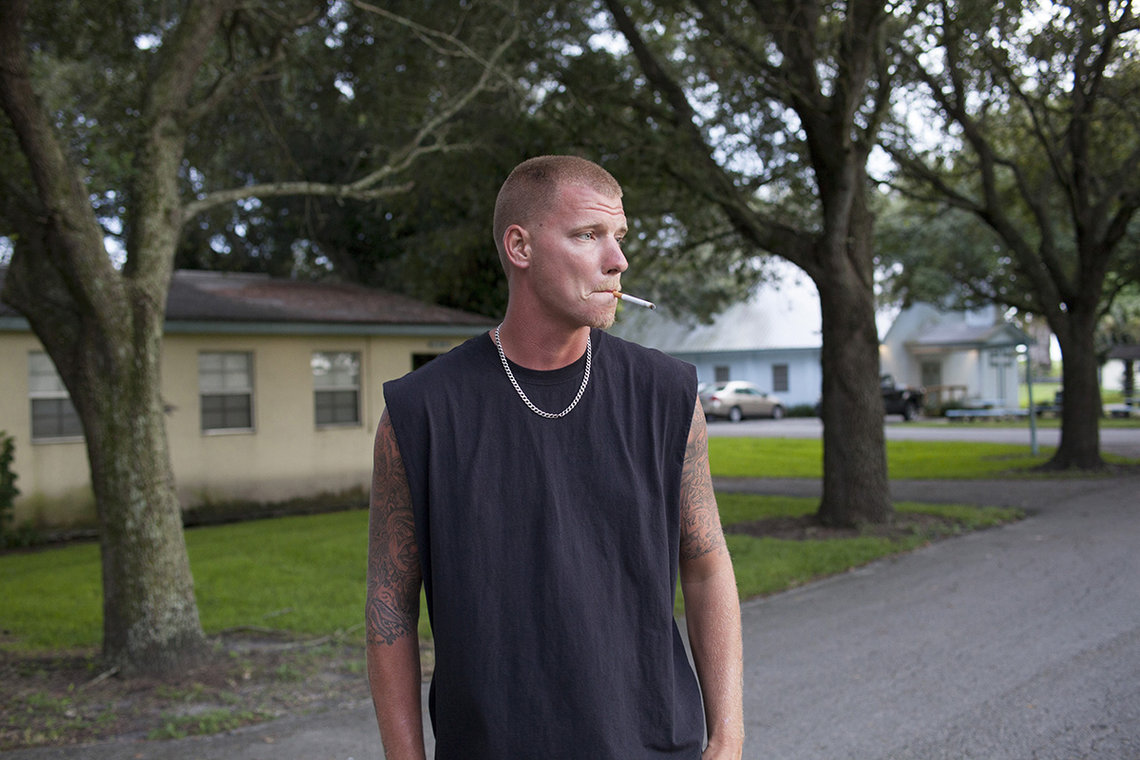 David spent five years in prison. “Honestly I’m the one who says thank you cause being sentenced to prison saved my life from drugs.” 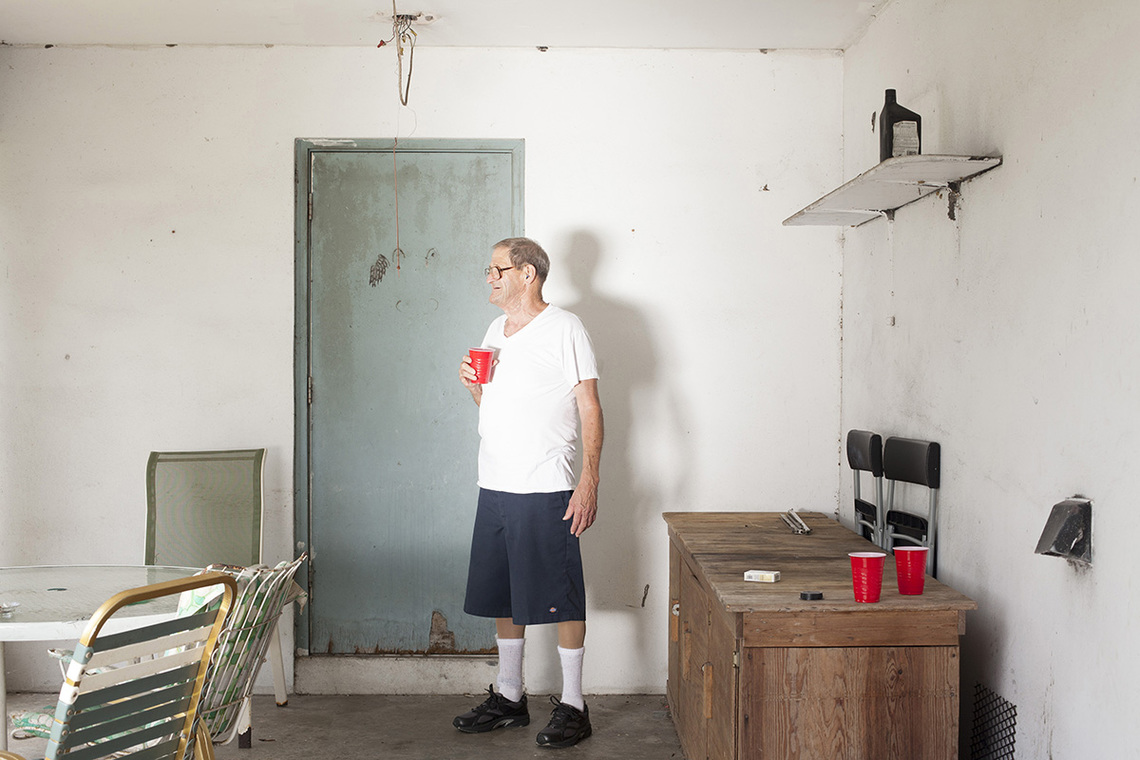 Paul on his porch. “I don’t know when I started making bad choices.” 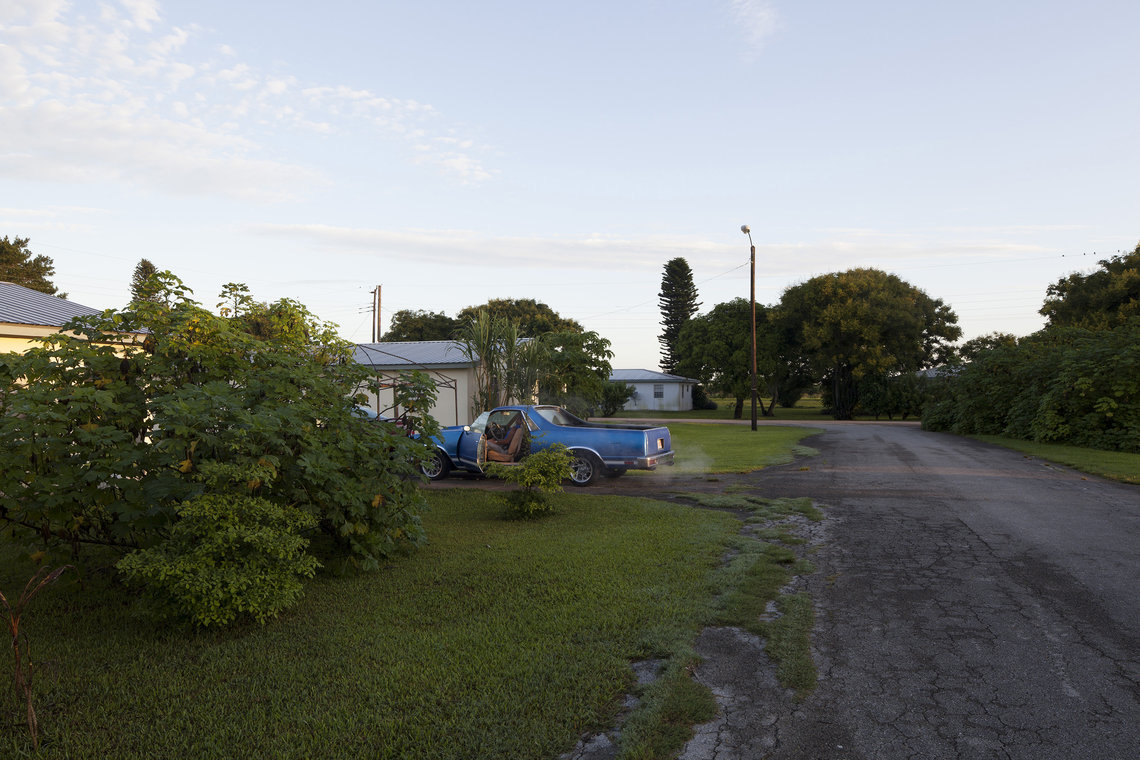 Gene in his El Camino. 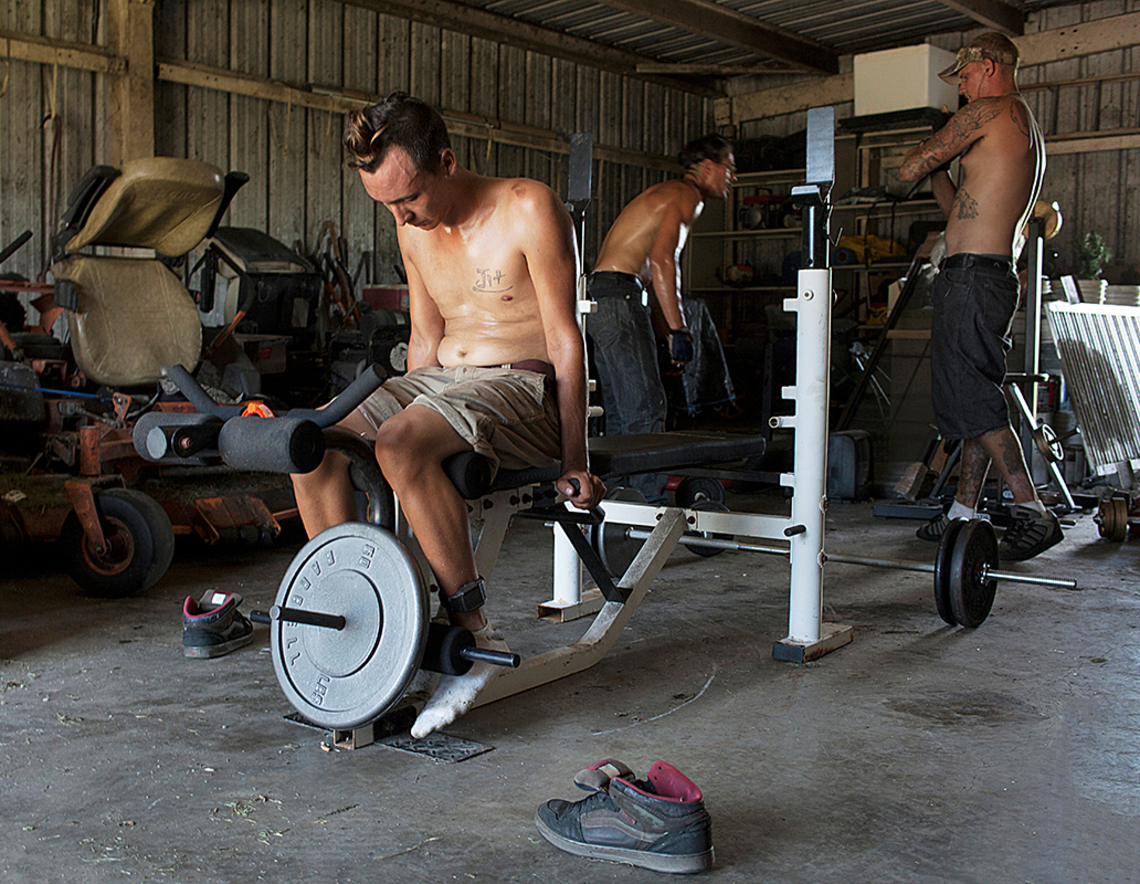 Matt exercising with David and Lee. 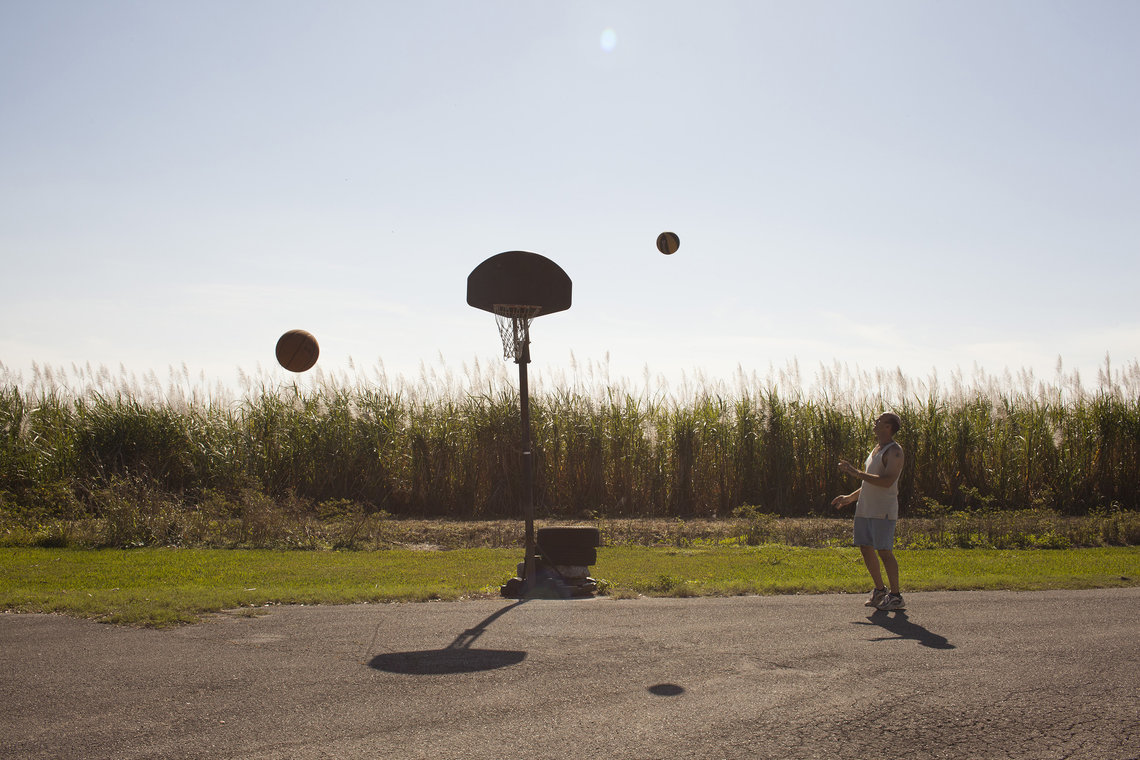 Richard playing basketball. “Living in Miracle Village is quiet, peaceful, yet isolated. When people call me about jobs, they never know where Pahokee is.” 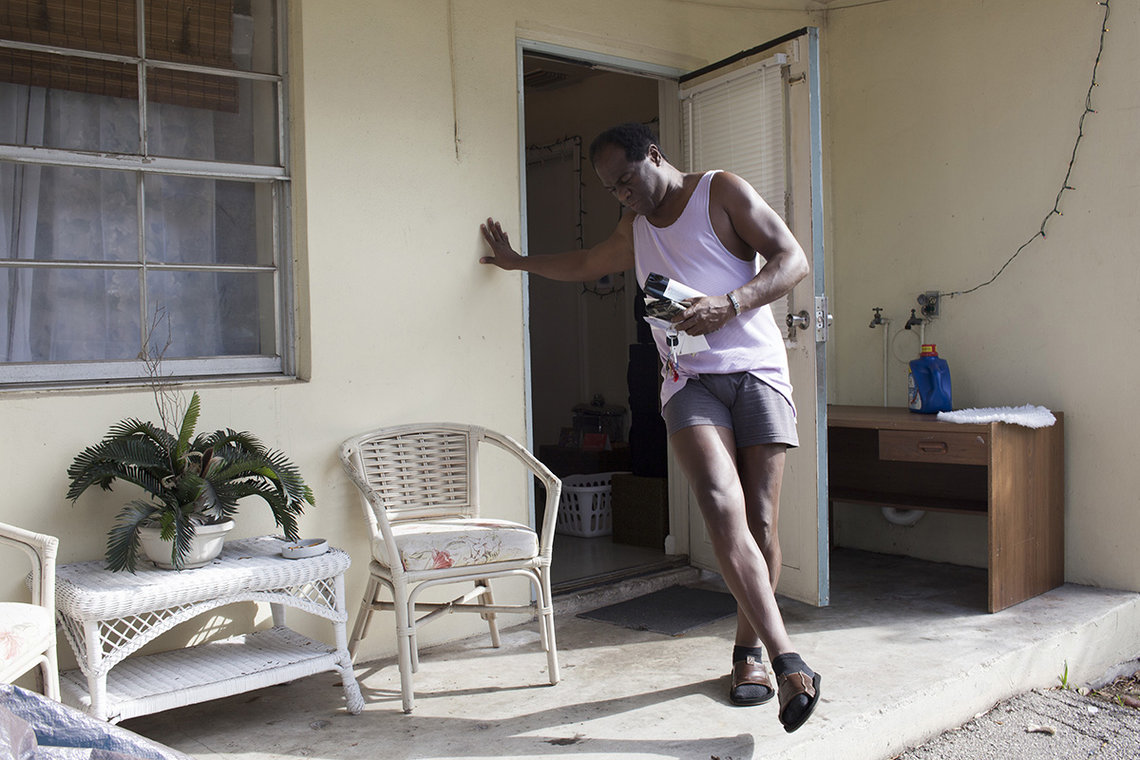 Tracey at home. “I lost my family. I lost my Job and I lost my home. I spent 14 1/2 years in the Department of Corrections.” 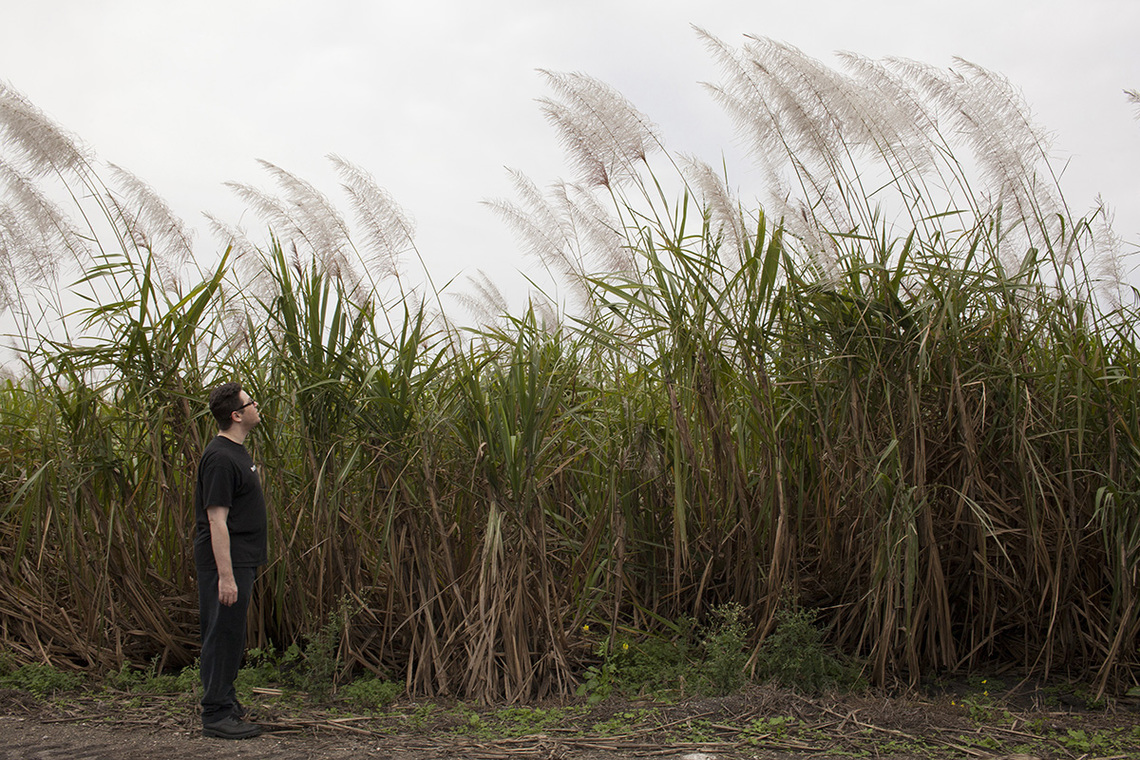 Ben walking around the sugarcane fields that surround the complex. 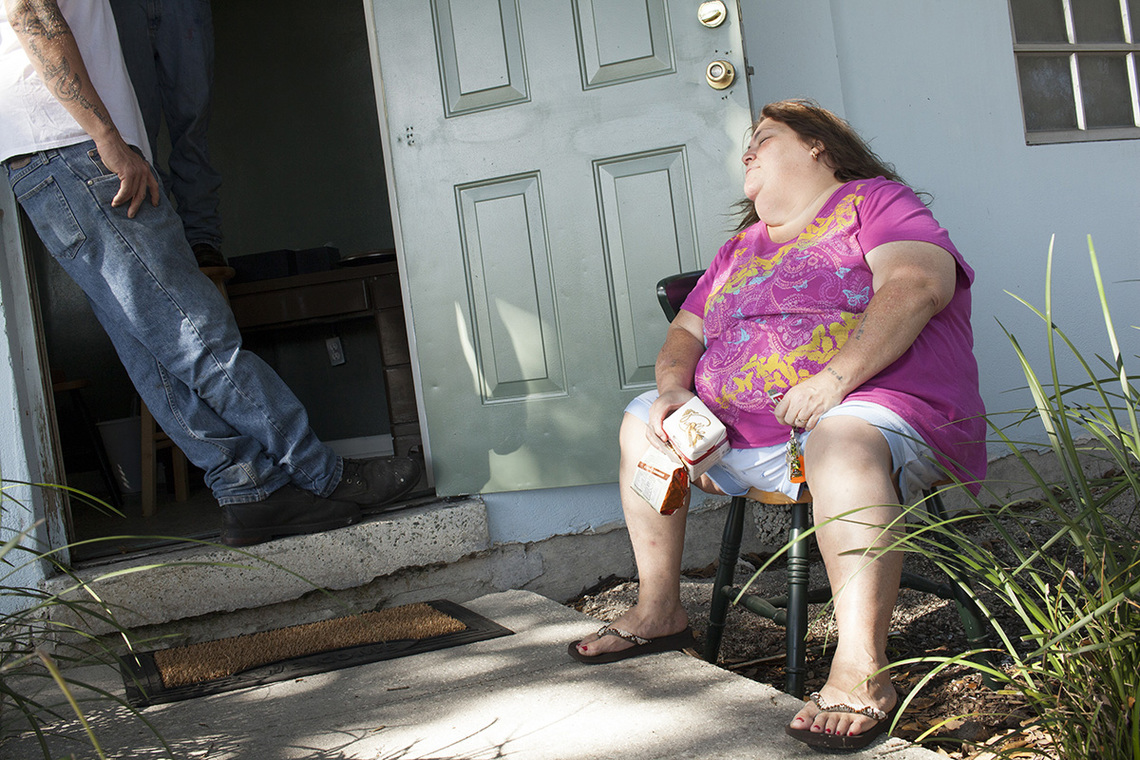 Rose is one of two female sex offenders living in Miracle Village. 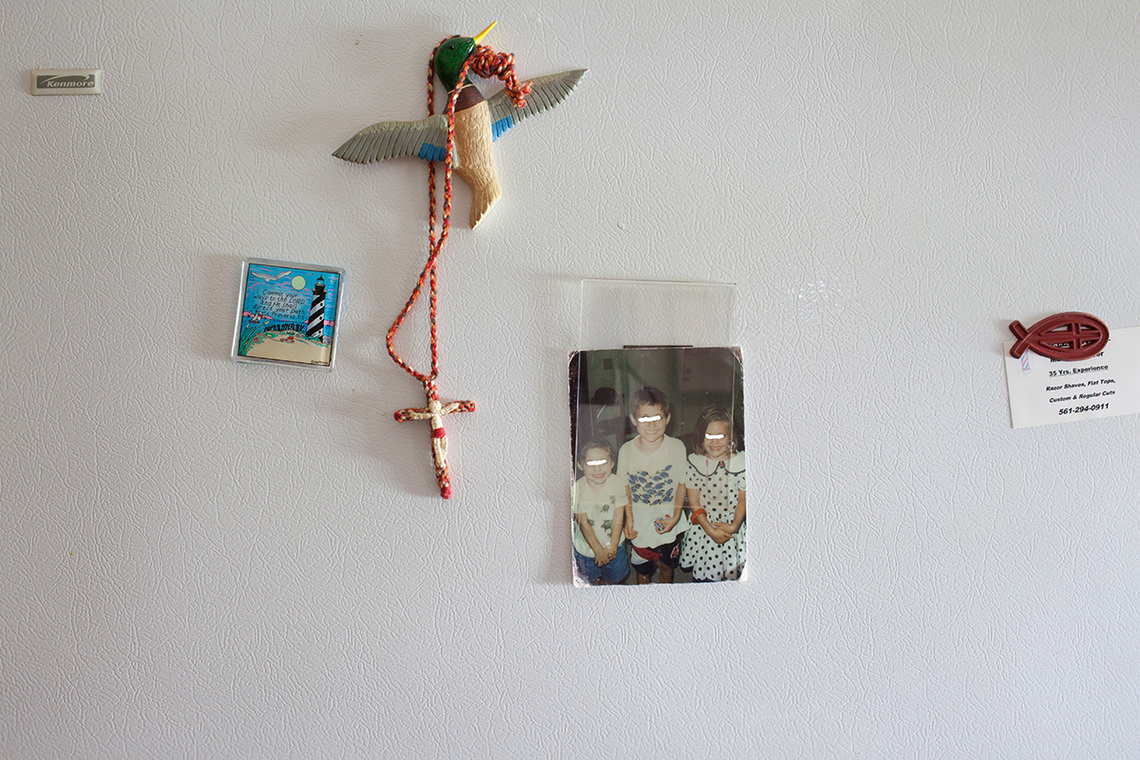 Objects on Rose's refrigerator include a photograph of her children (their eyes were obscured by the photographer to protect their identities). 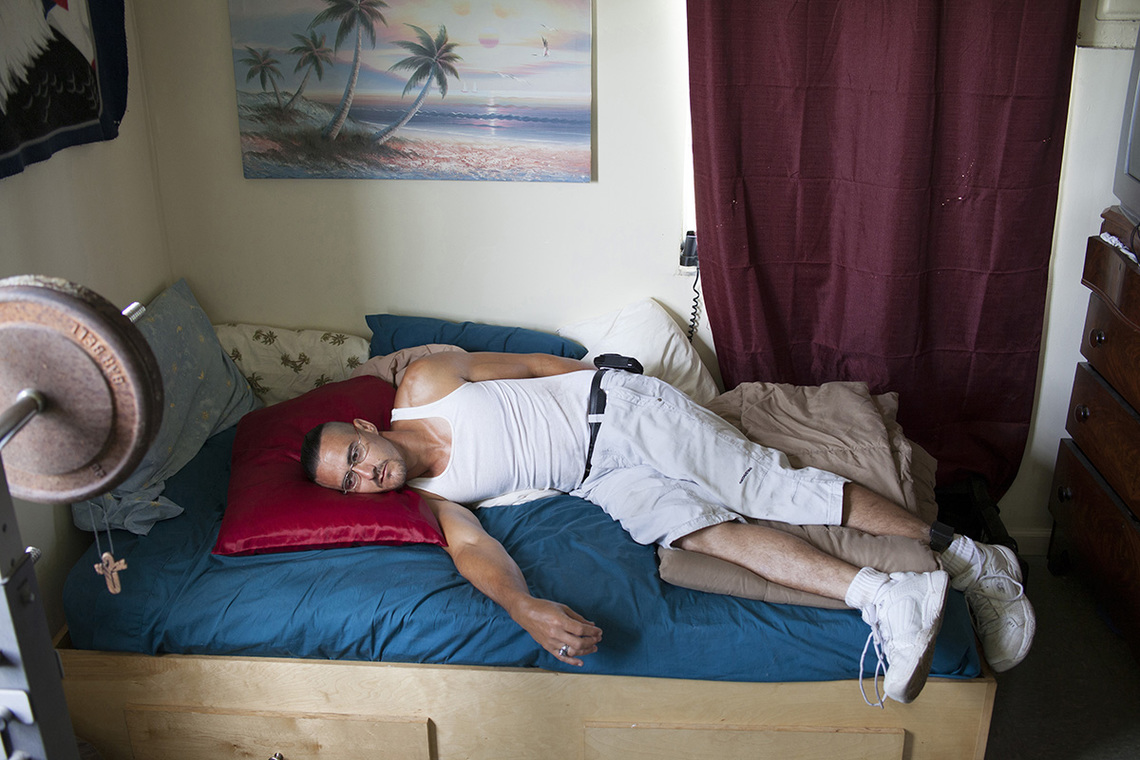 Lee in his room. “You can clean me up, put me in the ‘right’ clothes and give me an honorary membership, but I will still be that outsider and that is that.” 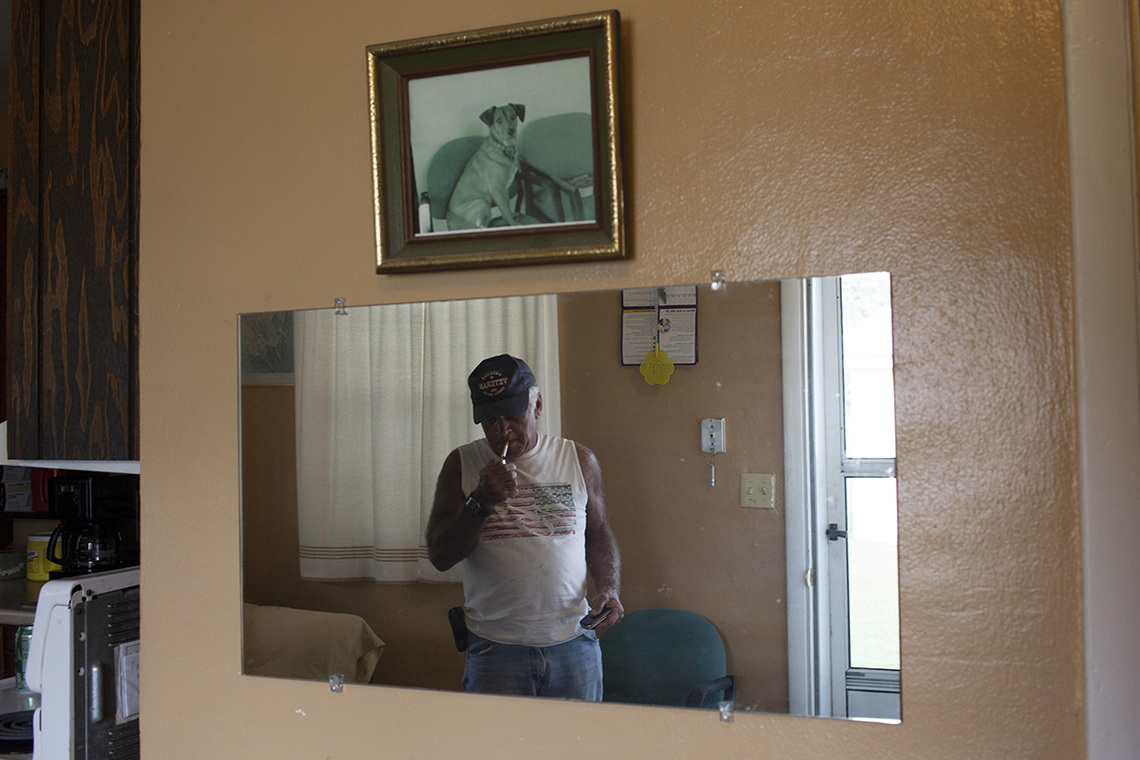 Gene at home. “As a sex offender I can not trust anyone.... All they have to do is call 911 and say that a sex offender has bothered them and Bang! I am in jail. No questions asked.” 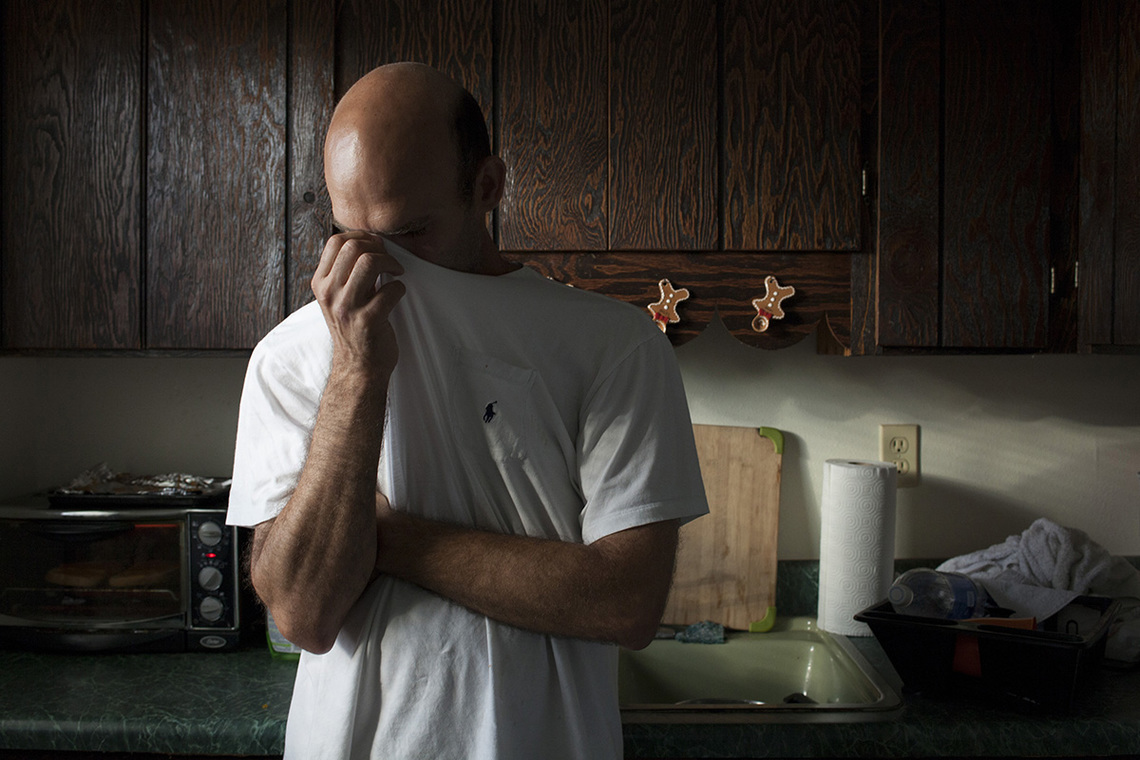 Richard in his kitchen. He writes, “I logged onto Yahoo IM, looking for anyone to chat with. By anyone, it usually meant someone female.” 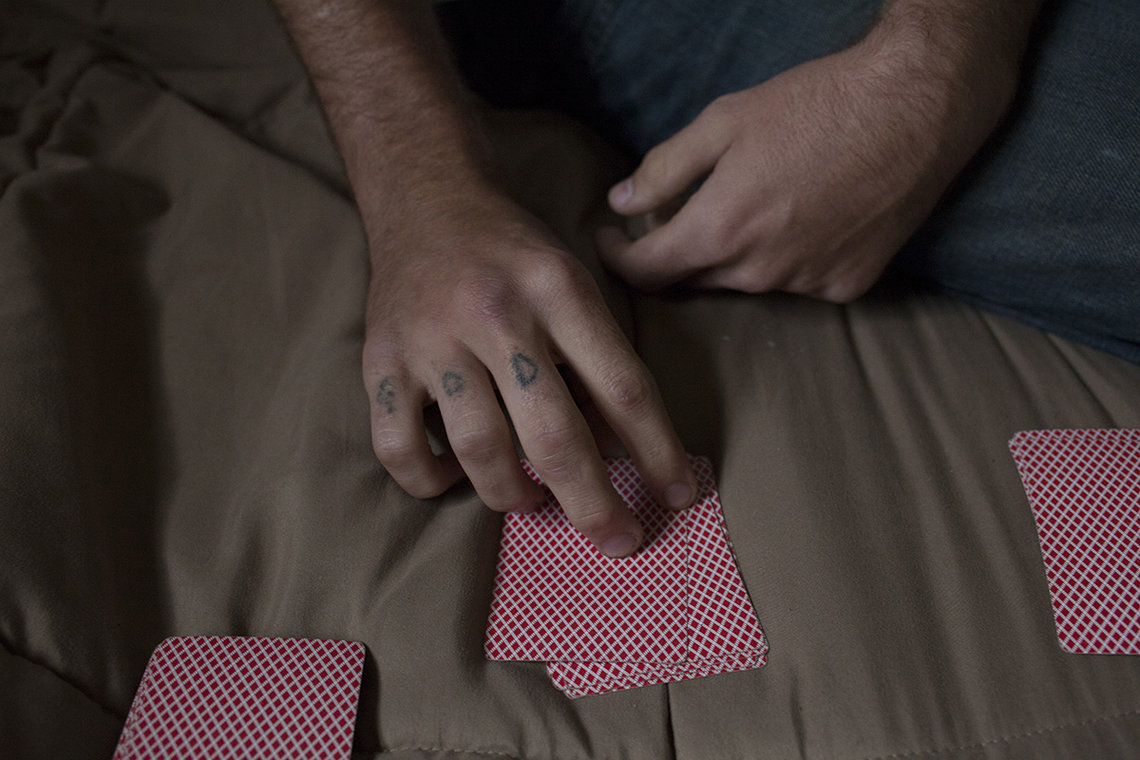 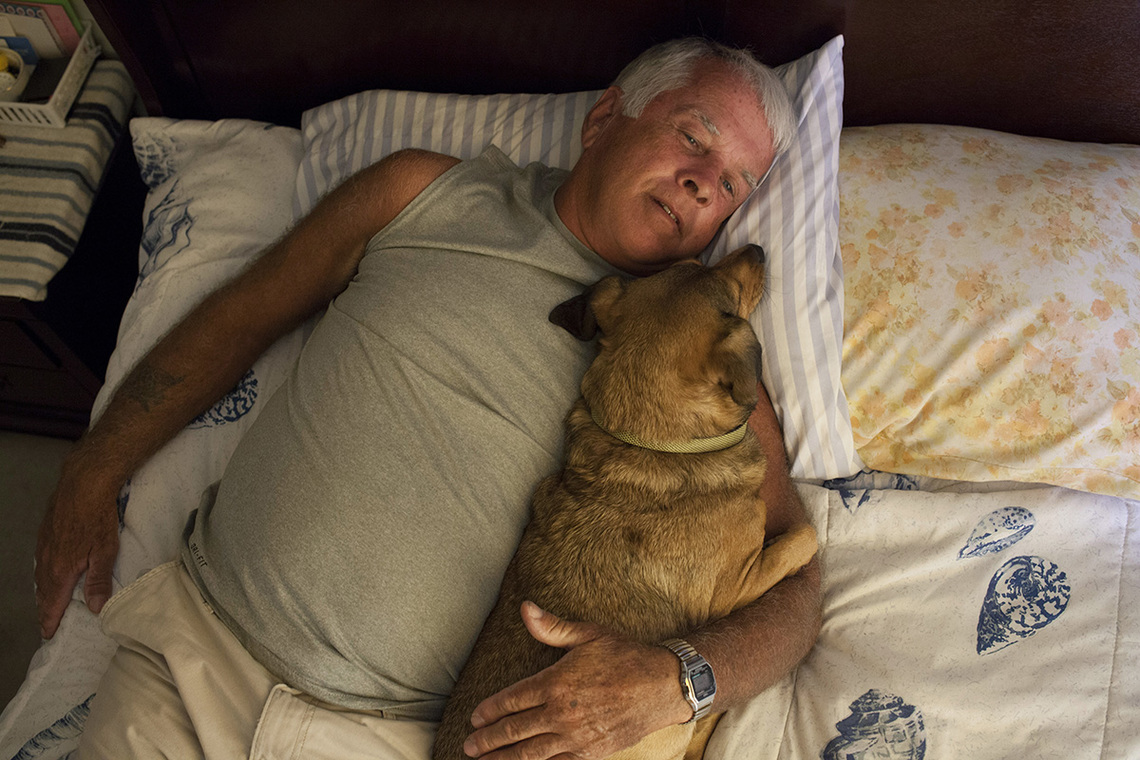 Gene with his dog, Killer. 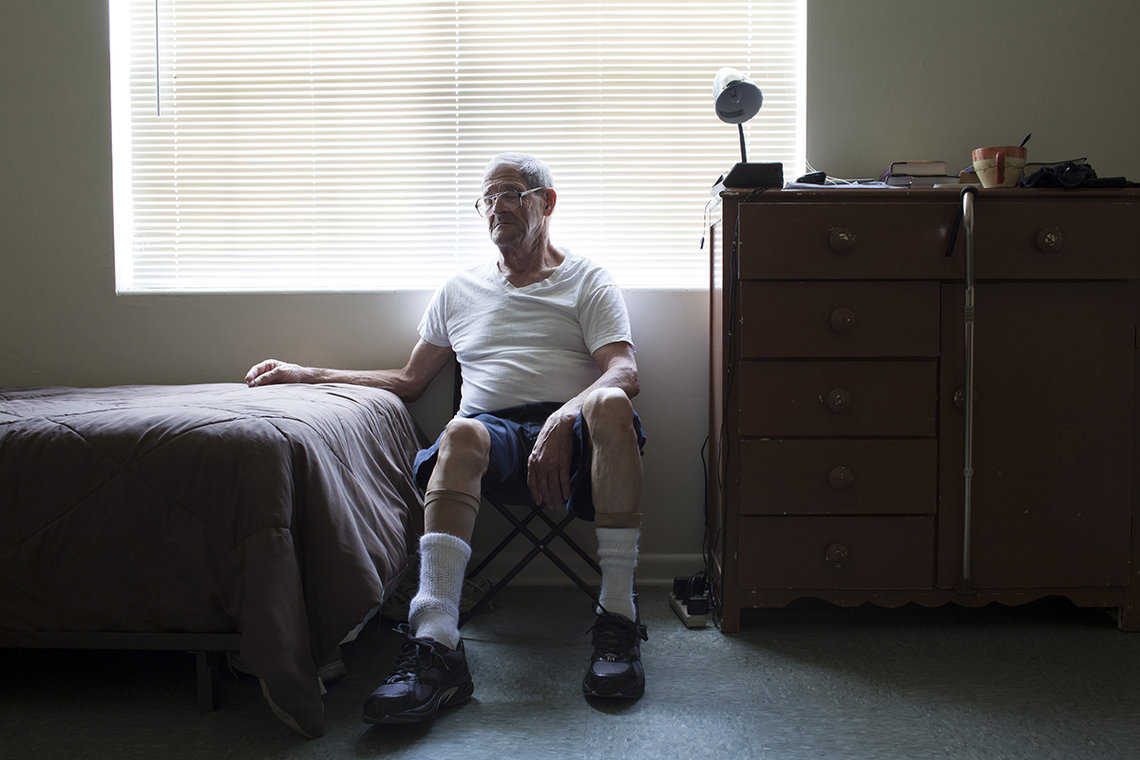 Paul sitting beside his bed. “There is no judging, for we who are here have the same name.” 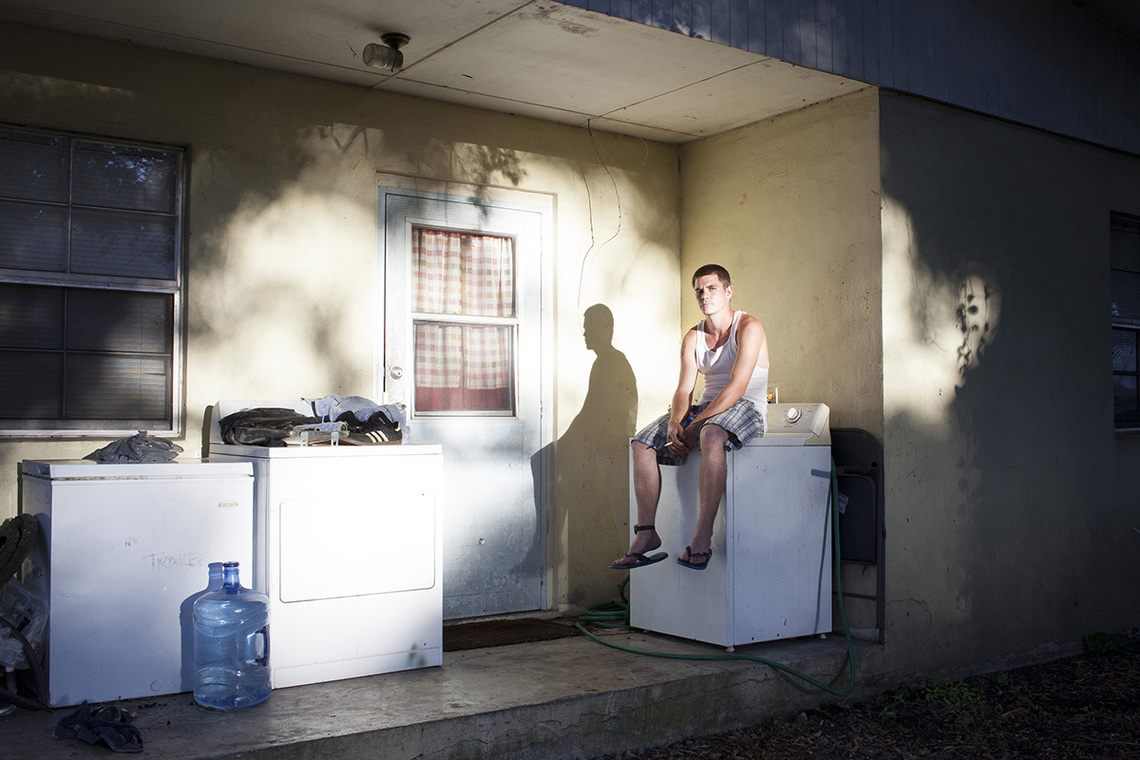 Doug outside his home. “After I got into trouble I became homeless and couldn’t get a job so I lived 2,500 feet into the woods.”