Bounty Hunters, Bondsmen, and the People Who Owe Them

For more than a year Italian photojournalist Clara Vannucci focused her attention — and her lens — on the subject of bail, photographing a group of bounty hunters; one self-proclaimed, Brooklyn-based “Bail Boss”; and his many customers. “It took me two years to understand how it really works. How a bondsman makes money,” says Vannucci. 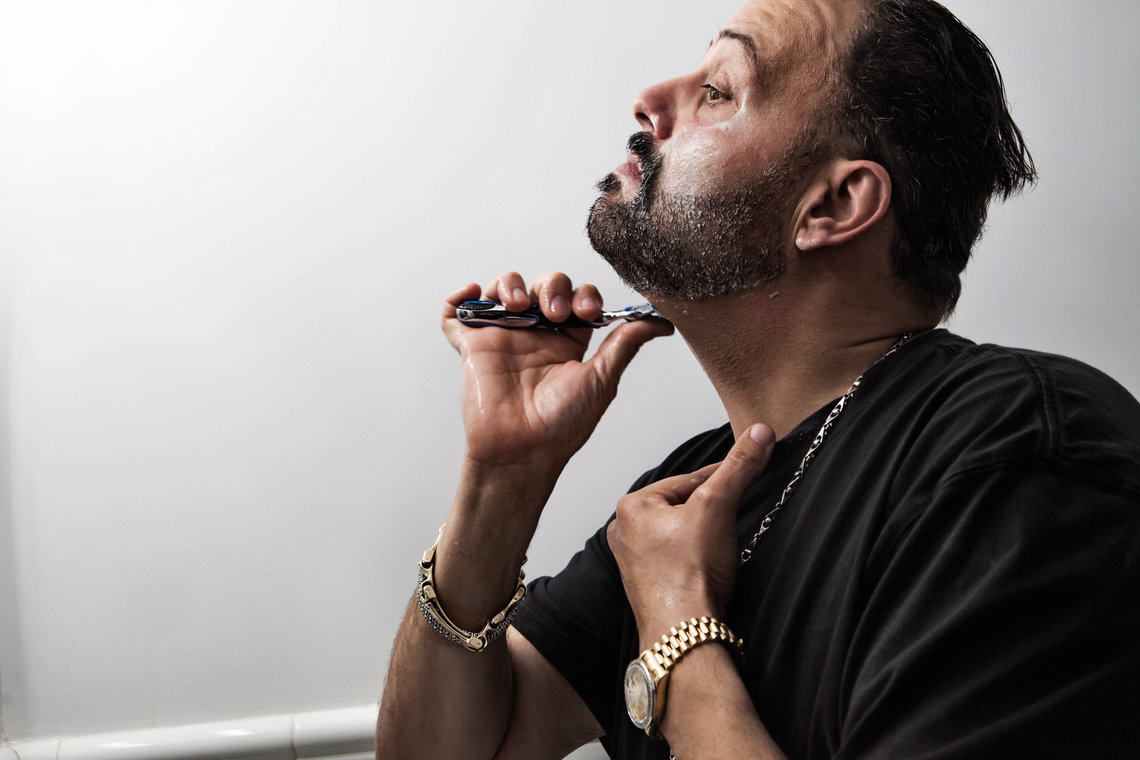 “Taking time to be with my family permits me to let go of the concerns and pressures of being responsible for so many persons.” George Zouvelos at home in Astoria, Queens.

The collection of images, photographed between December 2012 and February 2014, was published last year in the book, “Bail Bond: Defendants, Bondsmen & Bounty Hunters.” Vannucci’s previous projects documented the lives of people behind bars; a theater troupe at a prison in Tuscany and, more recently, the Battered Women’s Unit at Rikers Island.

It was during that project, in 2012, that she met a bondsman, Bobby Zouvelos, who worked for his brother, George Zouvelos, the “Bail Boss” (in 2013, Zouvelos lost his license and is now a private investigator and bounty hunter). One of his former customers, Warren (photographed below), had spent 11 years in prison on a robbery conviction. He was rearrested in 2012 for illegal gun possession and released on bail, during which time he became a central subject of Vannucci’s book. “He let me into his life,” Vannucci said. “I wanted to make a parallel between the defendant and the bail bondsman…. Even though they are so different, in the end, they’re people.”

Photographs from “Bail Bond” will be on view at George Zouvelos’s office in Brooklyn, New York from April 25 until May 9. 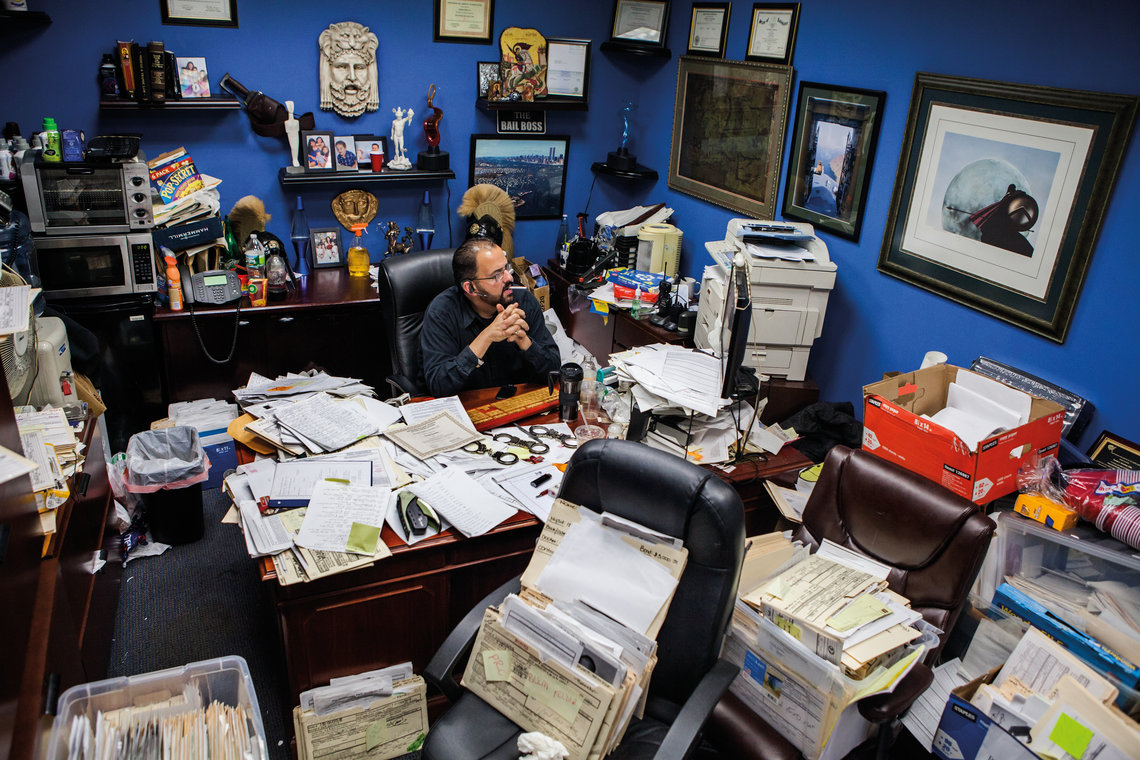 Zouvelos in his office in downtown Brooklyn. 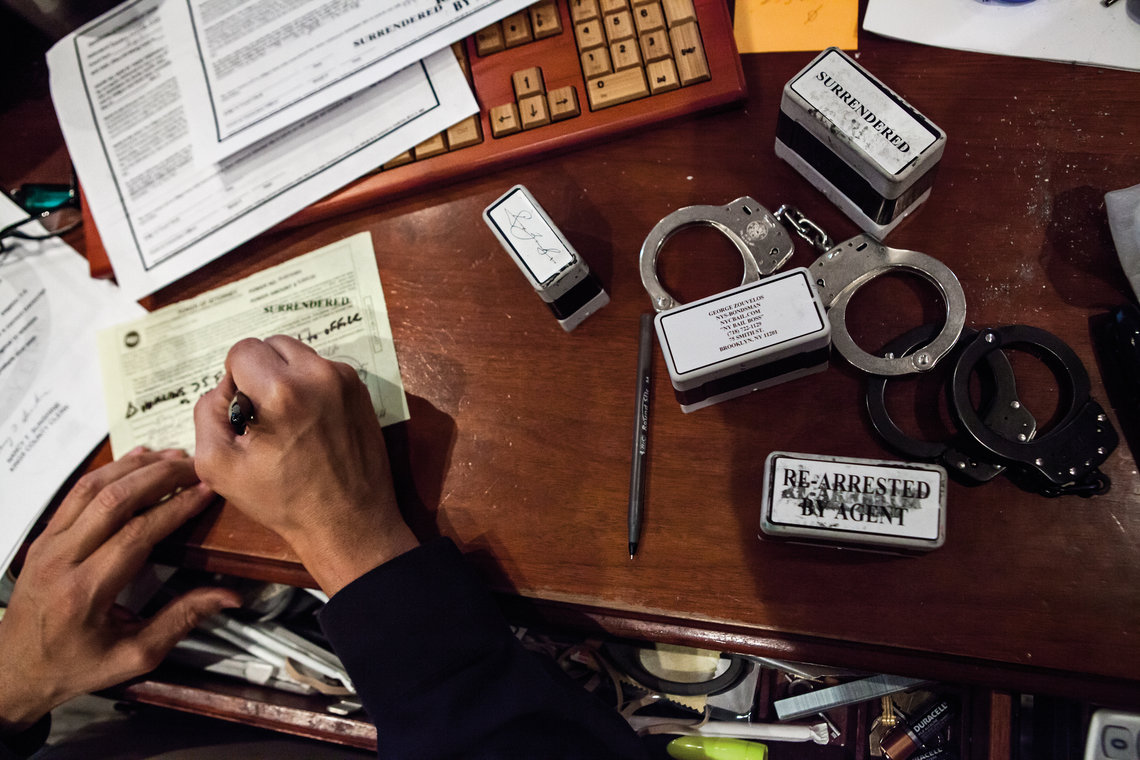 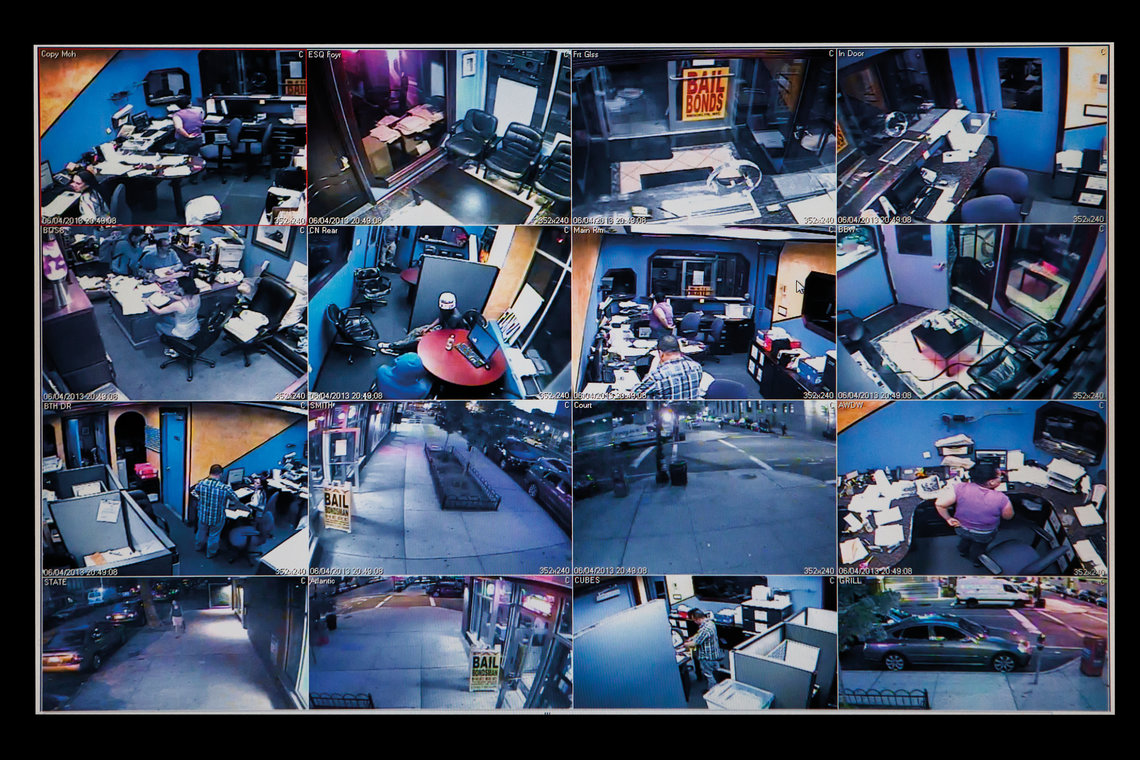 Screen grabs from closed-circuit cameras in bail-bond offices in Brooklyn. 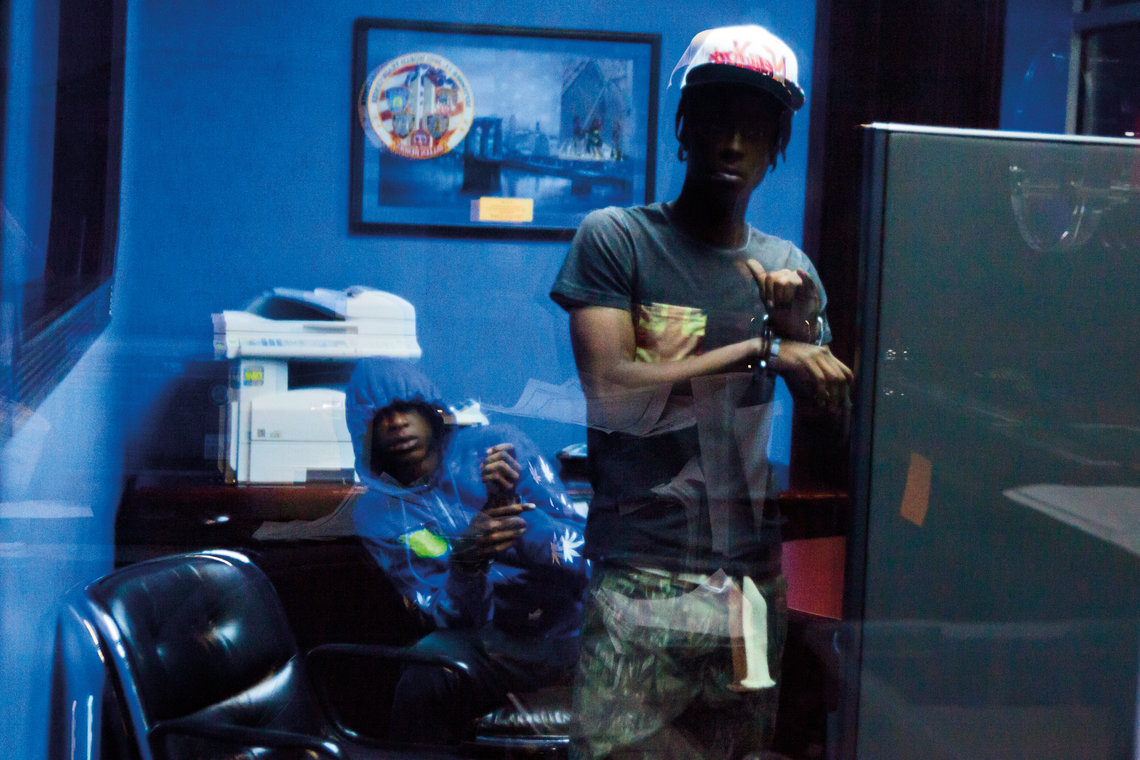 Handcuffed defendants wait in Zouvelos’s office to be returned to jail. 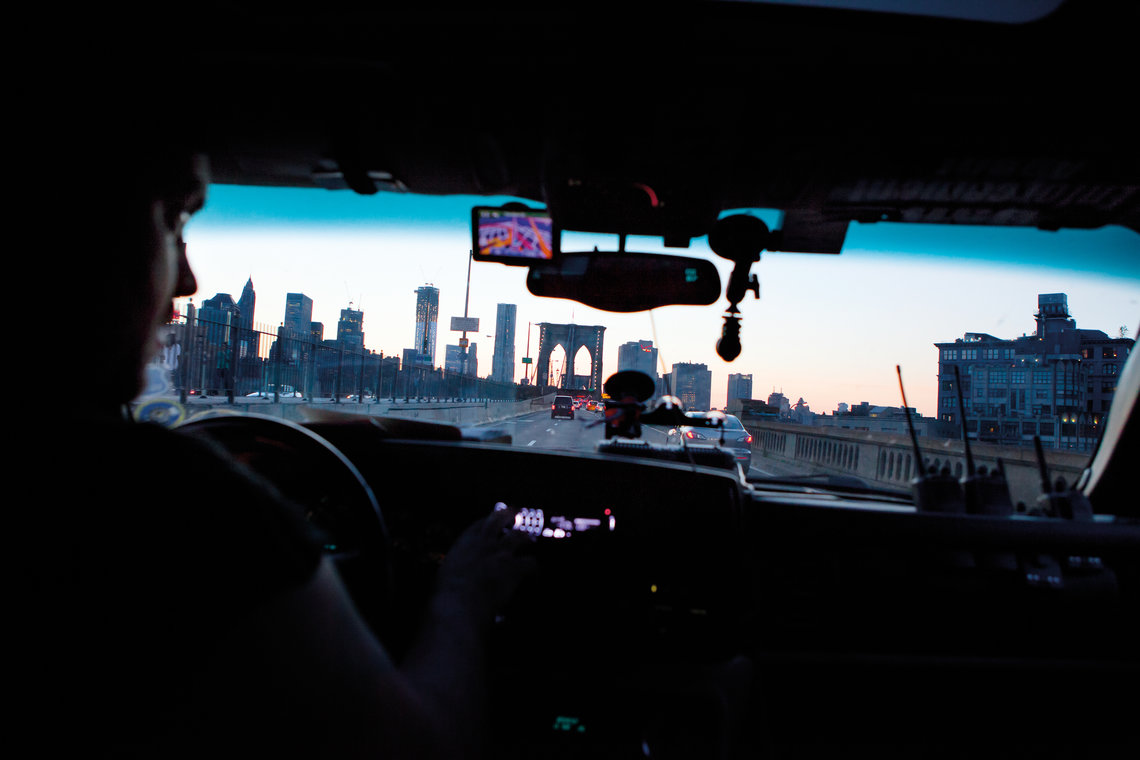 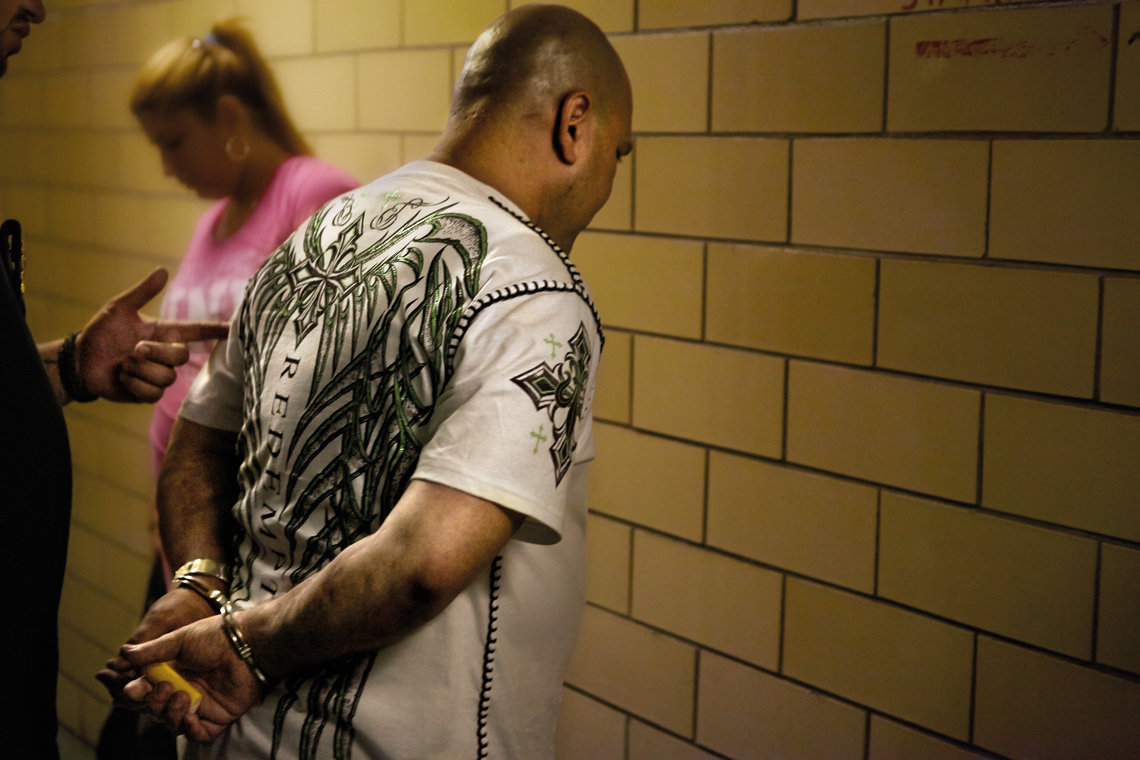 A defendant getting re-arrested in Harlem. 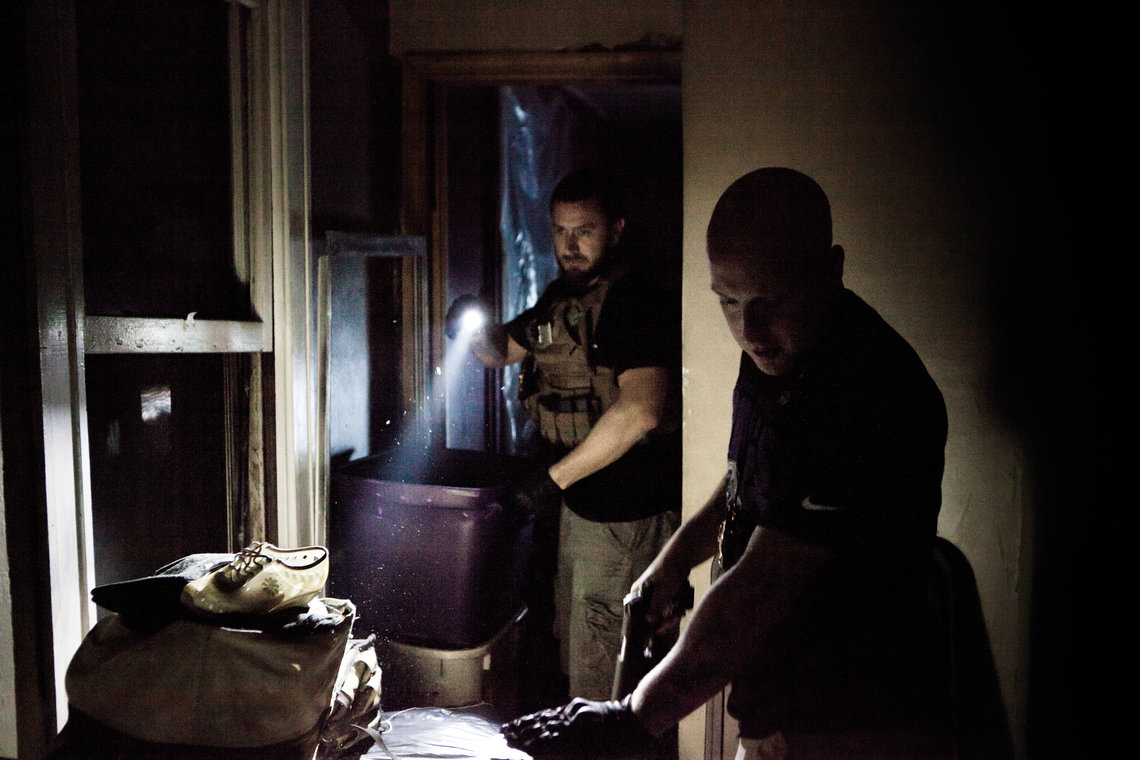 Bondsmen enter a defendant’s home in the Bronx. 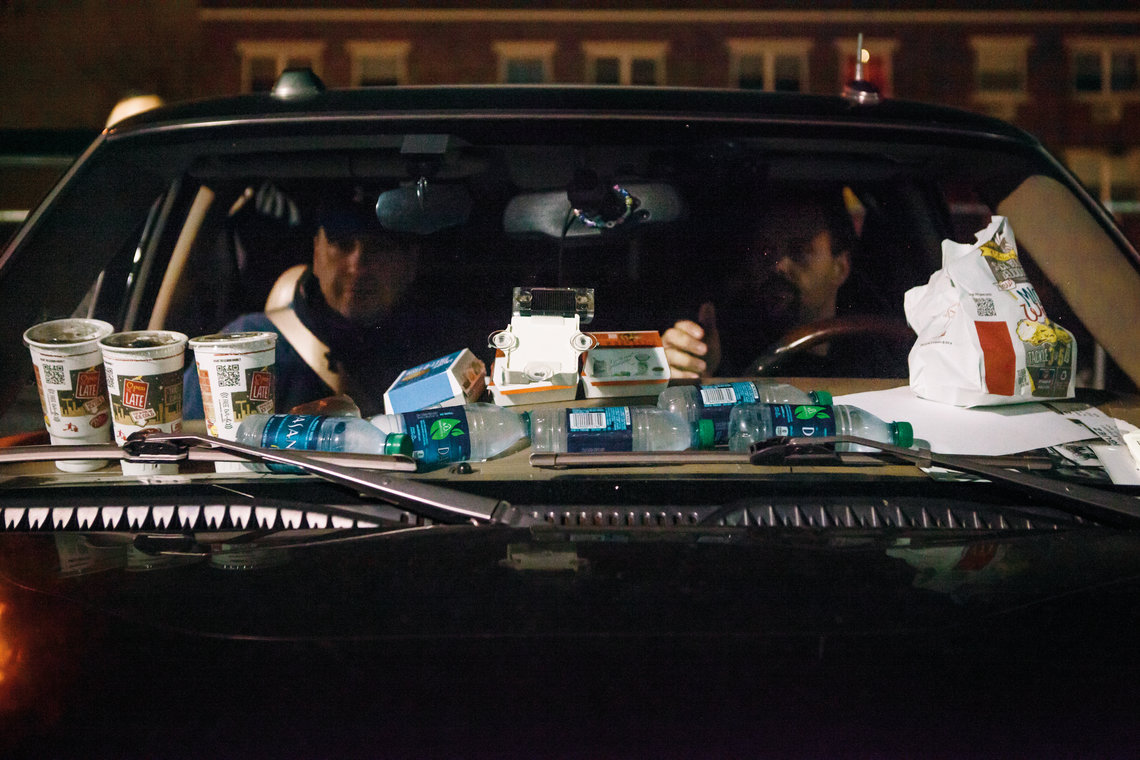 Bondsmen during a stakeout in Bushwick, Brooklyn. 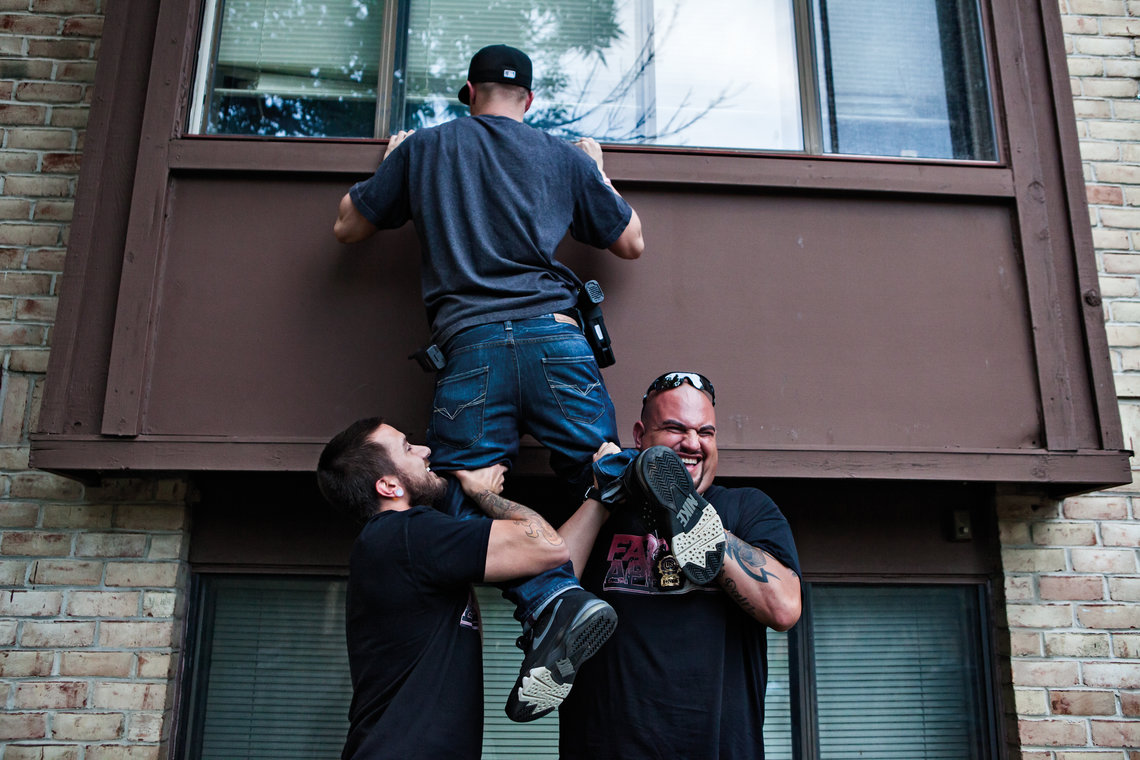 When a defendant signs the contract with a bondsman, he legally allows bounty hunters to enter his residence. 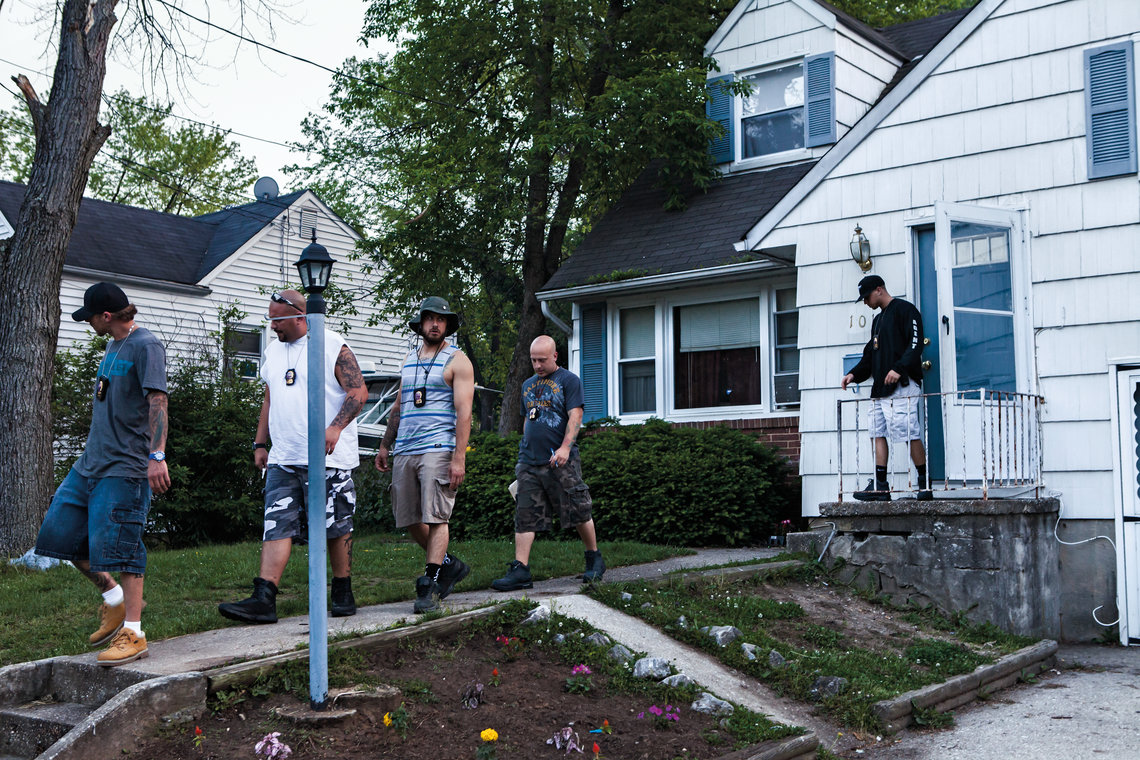 Bounty hunters leave the house of a fugitive’s relative in Baltimore County, Md. 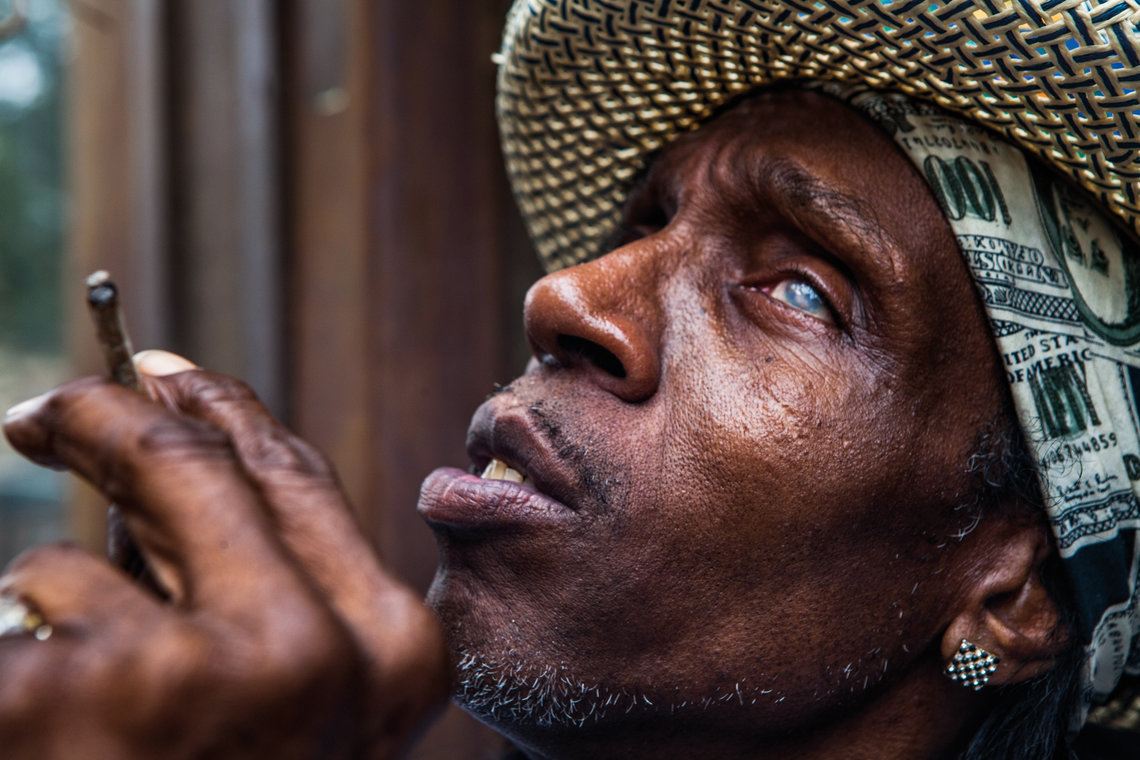 Warren, a former inmate and customer of Zouvelos, in Bedford-Stuyvesant, Brooklyn. 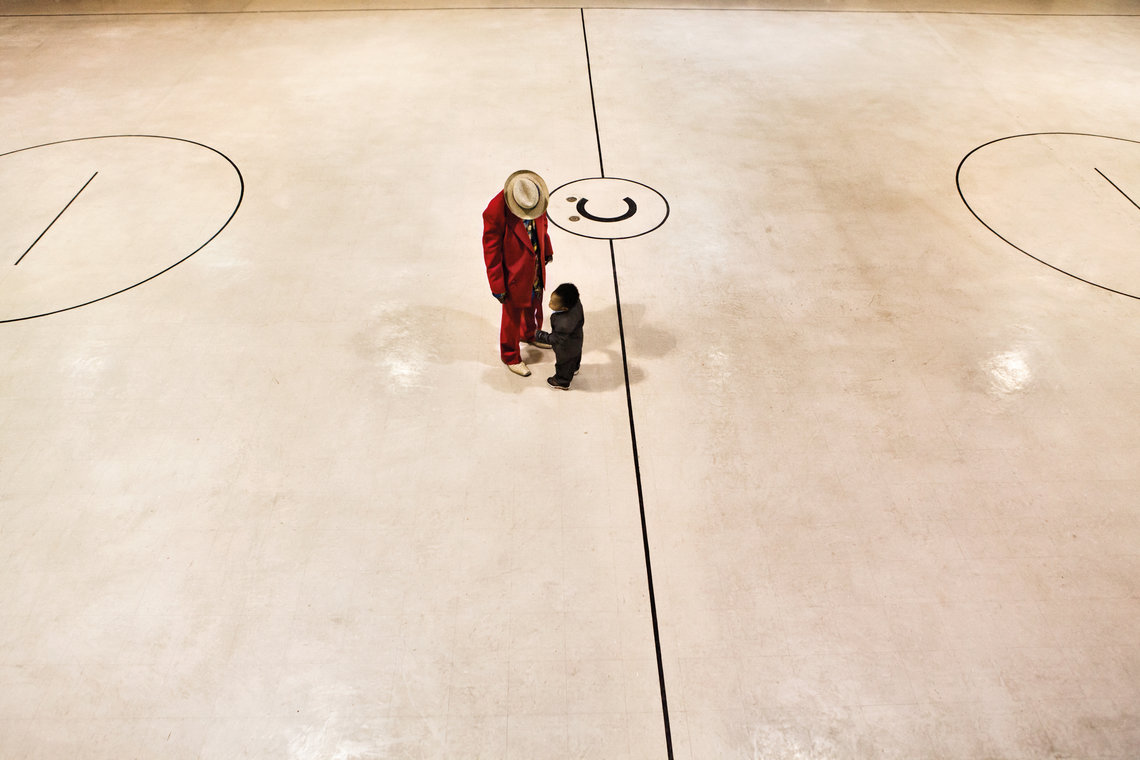 Warren with his son in Brooklyn. 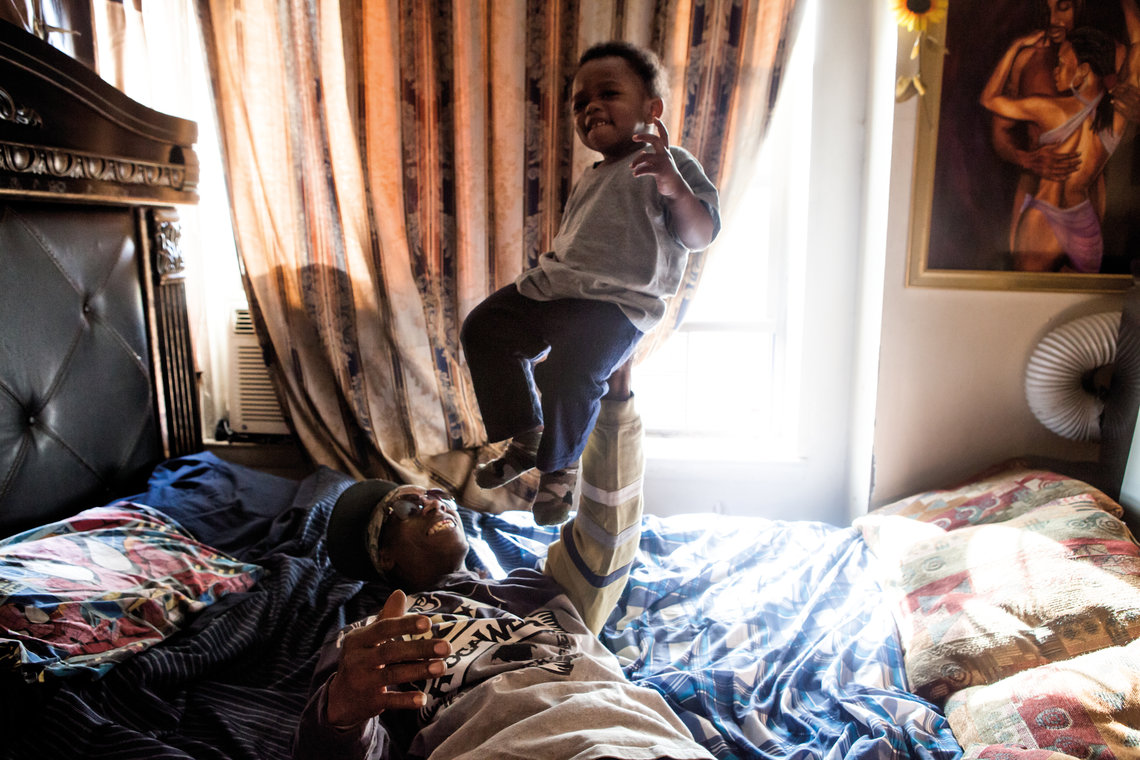 Warren: “After all that I have been through and all I have lost, to be blessed with a beautiful son is more than I ever asked, especially at the age of 51. I love the boy more than air.” 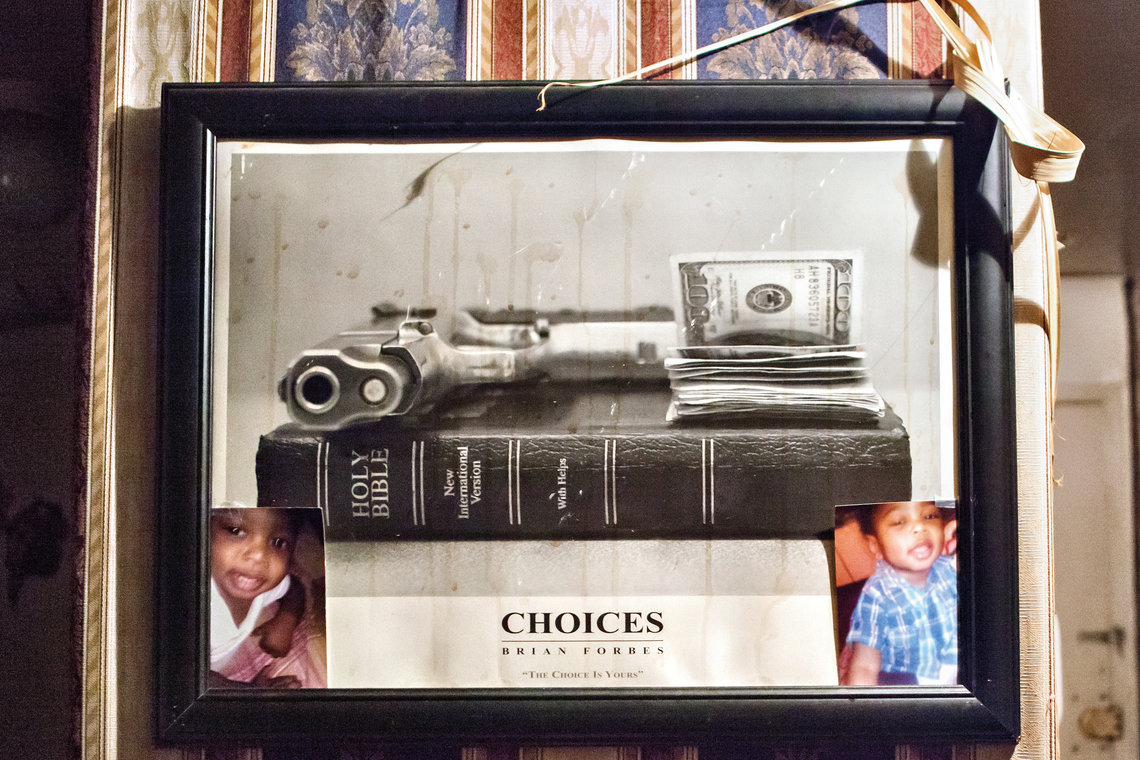 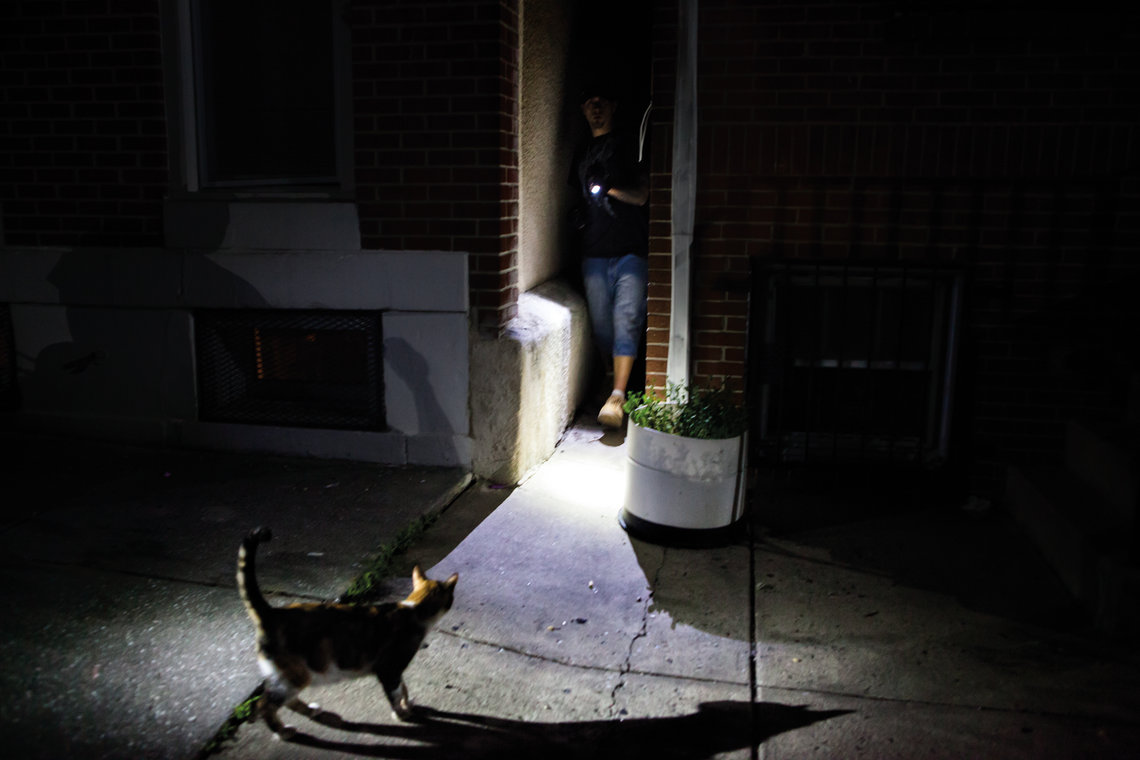 A bounty hunter in Baltimore checks that no one escapes while his colleagues approach the front door. 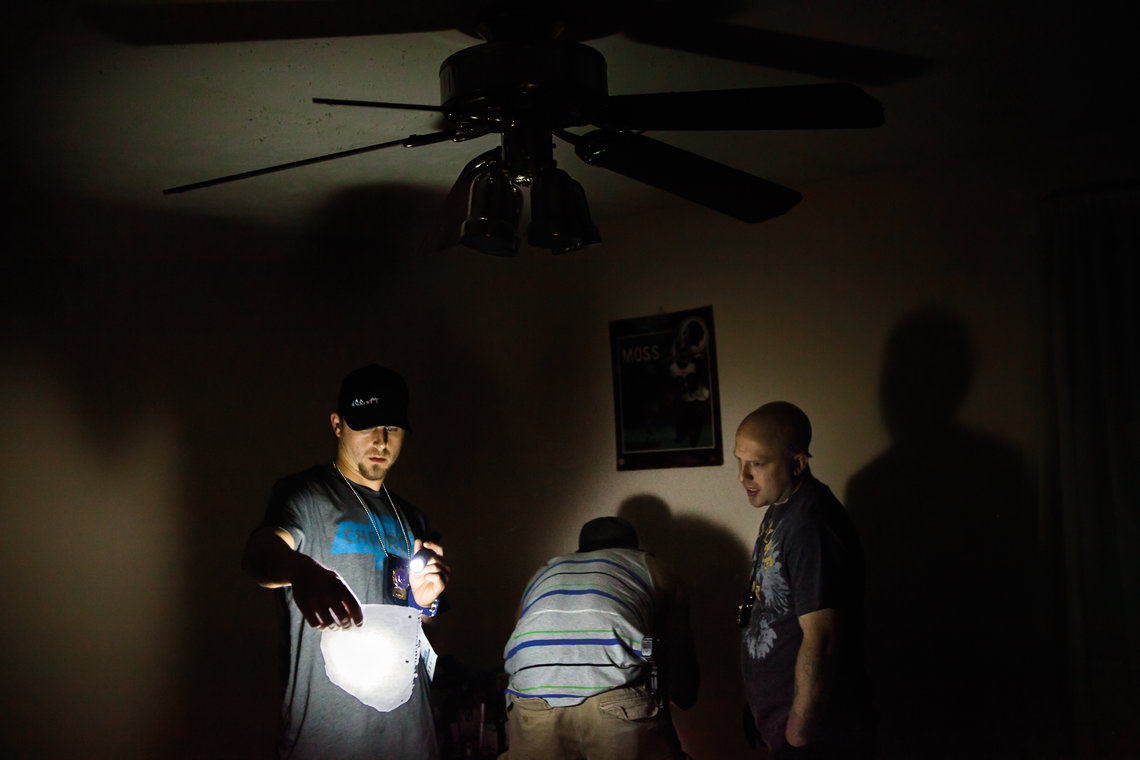 Searching for the whereabouts of a defendant. 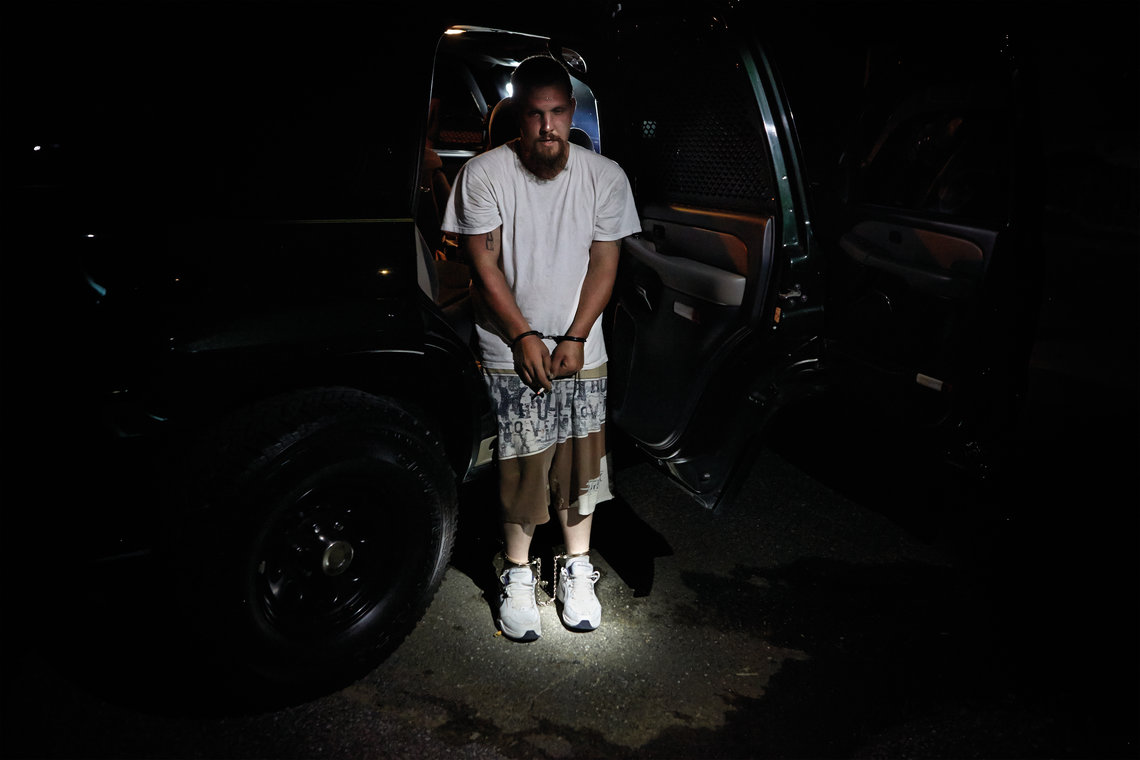 A defendant getting arrested outside his home in Baltimore. 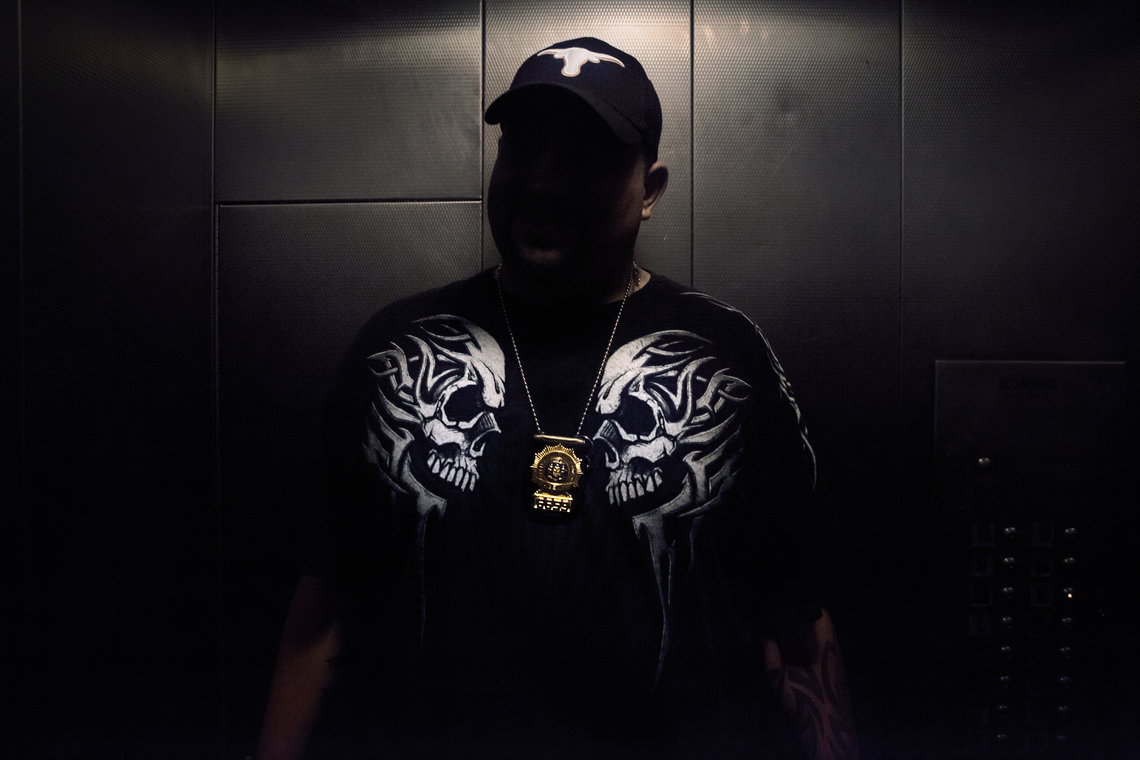 Bondsman in the Bronx.