A Millennial’s Guide to ‘Broken Windows’

For those who weren’t around in “the bad old days.”

New York Police Commissioner Bill Bratton told a radio host the other day that the millennial generation doesn’t understand the policing strategy known as “Broken Windows,” because millennials were born after “the bad old days” of urban terror. We asked one of our summer interns — a smart, well-read, bonafide millennial — if Bratton was right.

She polled a few of her fellow Yale undergraduates, who were equally in the dark. And so, she had her first assignment.

The phrase can be traced back to professors George L. Kelling and James Q. Wilson, who in 1982 wrote in The Atlantic that the best way to counter surging crime levels in American cities is to create order in public spaces.

They wrote that if “a window in a building is broken and is left unrepaired, all the rest of the windows will soon be broken.” The idea is that if a community tolerates a proliferation of small offenses — fare-dodging, vandalism, public urination — criminals will feel emboldened to commit more serious crimes like robbery and even murder.

Since the 1990s, Bratton has applied that academic scholarship to real-world policing. In two separate stints as New York City’s police commissioner, he has crusaded against low- level criminal acts, tripling the rates of misdemeanor arrests in recent years, according to a 2014 report from the John Jay College of Criminal Justice.

As misdemeanor arrest rates soared, especially for marijuana possession and turnstile jumping, felony arrest rates dropped — by nearly half between their peak in 1989 and 2013. The approach was widely credited with salvaging neighborhoods that were, as Bratton put it, “going to hell in a handbasket.” Mission accomplished.

So why is it so controversial? 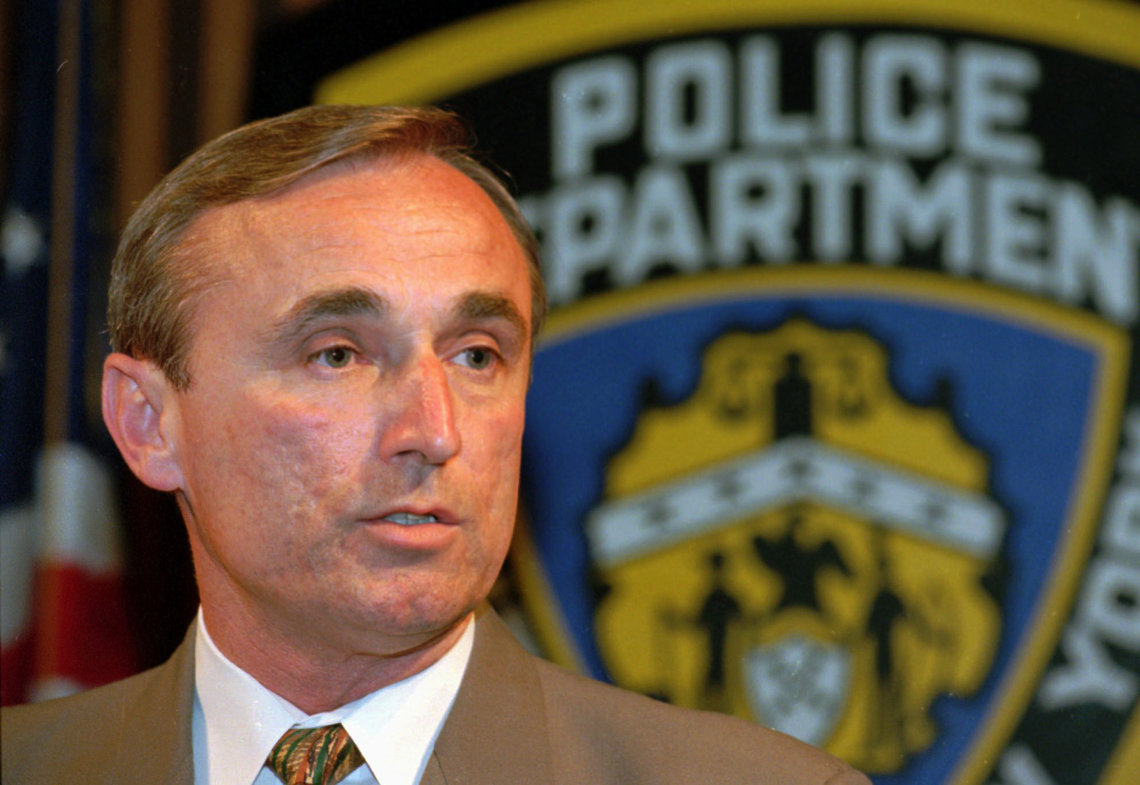 Bill Bratton during his first stint as New York's Police Commissioner, at a news conference in 1994.

In its early days, Broken Windows was a general policy that instructed officers to intervene in lower-level criminal activities, such as fights and public intoxication. Because the officers witnessed these events as they took place, they had all the probable cause they needed for an arrest or summons.

Over time, police were given greater license to be assertive. Probable cause gave way to a lower standard, “reasonable suspicion.” Under Bratton, the New York Police Department, with the declared aim of getting guns off the street, began stopping and frisking pedestrians in low-income, high-crime neighborhoods. In 2011, the peak year, police made 685,724 stops, overwhelmingly young black men and Latinos.

Critics say Broken Windows was stretched from Kelling’s original design into a convenient rubric for intrusive policing measures. And many in the communities most affected complained that protection had begun to feel like occupation.

“The problem I have with Broken Windows is more about the application of it,” said Jumaane Williams, a New York City councilman who has pressed for stricter oversight of the police. Williams said the strategy has become a cover for police excesses that disproportionately sweep up “blacks, Latinos and the poor.”

Between 2001 and 2013, NYPD issued summonses for low-level criminal offenses to 7.3 million New Yorkers. According to the New York Civil Liberties Union, 81 percent of the recipients were black or Hispanic.

“If you urinate in my hallway, I don’t care if you are purple,” he said. “I don’t care what color you are — you’re not supposed to do that.” Kerik continued to enforce Bratton’s Broken Windows policy — “or whatever you call it,” he said. (In 2009, Kerik pled guilty to tax fraud, conspiracy and other crimes. He served three years in prison and emerged as a campaigner against mass incarceration.)

3711The numbers Kerik mentioned in passing were slightly inaccurate. According to NYPD data, there were 2,262 murders in 1990. Last year, there were 333.

He also suggested that the crackdown on graffiti and other public nuisance offenses improved the city’s physical environment, causing real estate values and economic development to surge in New York City.

“The bottom line,” Kerik asserted, “is there has been crime reduction.”

There has indeed. But scholars are not so quick to credit Broken Windows. Various studies have attributed the decline in serious crime — which was nationwide — to the improving economy, the baby boom generation aging into maturity, the dramatic rise in the number of bad actors who were incarcerated, simply more police on the streets, and other new law enforcement tactics such as “hot spot” policing, which deploys officers to the micro-regions most afflicted by crime.

In a 2006 study, professors Jen Ludwig and Bernard Harcourt examined an urban development project that relocated thousands of low-income families from high-crime, socially-disordered neighborhoods to more peaceful communities. The researchers found that the relocated tenants committed crimes at the same rate as they had in their old disorderly neighborhoods.

The authors concluded that Broken Windows was not “the optimal use of scarce law enforcement resources,” because while it had some impact on crime it also antagonized the affected communities and made them less eager to cooperate with police.

Another study from the National Bureau of Economic Research suggested that improvement in economic conditions in the late 20th century was the “carrot” that encouraged New Yorkers to act lawfully; the “stick” of Broken Windows policing was, at best, a contributing factor in the the dramatic drop in crime.

Kelling, co-author of the original Broken Windows theory, is not entirely comfortable with what has become of his brainchild. In an interview, he said that an increase in misdemeanor arrests in New York City “was the farthest thing from my or Wilson’s mind” when they first wrote their article more than three decades ago.

“Arrests represent a failure,” he said.

Nonetheless, Kelling, who is currently a paid consultant to the NYPD, defended Bratton’s implementation of Broken Windows policing: “He and I have the same kind of view, that arrest is the last resort after persuasion, or education, or warnings fail.”

Those who really understand Broken Windows policing, he added, realize that crime reduction may not even be the theory’s greatest benefit to society.

“Order is an end itself,” he said, “and it needs no justification beyond that it is necessary for strangers to live together.”