More and more, police are told to leave that to Hollywood.

It’s a scene straight out of a movie: a cop grabs his gun to shoot at a suspect driving towards him. He pulls the trigger, firing a single bullet . The car rolls to a stop, and the suspect slumps behind the wheel.

“This is nonsense,” says Geoffrey Alpert, a policing expert at the University of South Carolina. In reality, he explains, the scenario plays out much differently: police officers who shoot at moving cars miss their targets far more than they hit them, unintentionally striking nearby bystanders.

“A bullet is simply no match for 2,000 pounds of moving projectile,” says Thomas Streed, a San Diego psychologist and former homicide detective.

In recent years, law enforcement agencies across the country have introduced stricter policies dictating when officers can justifiably shoot into moving vehicles. This week, Denver issued new, more detailed rules stating that officers can only shoot at moving vehicles if an occupant is using deadly force against the officers, such as firing a gun. The policy change followed the death in January of Jessica Hernandez, a 17-year-old girl who was shot and killed by two officers while she was behind the wheel of a stolen vehicle. Officers say she drove towards them and refused to stop. No charges were pressed against the officers.

Similar incidents have prompted law enforcement agencies across the country to adopt stricter rules. In 2011, Miami Beach officers fired 116 rounds into an erratic car, killing the drunk driver and injuring four bystanders. In 2012, Cleveland law enforcement disciplined 12 officers who fired a combined 137 shots at a fleeing vehicle, killing the two suspects inside. In neither incidents did the suspects threaten officers with guns. 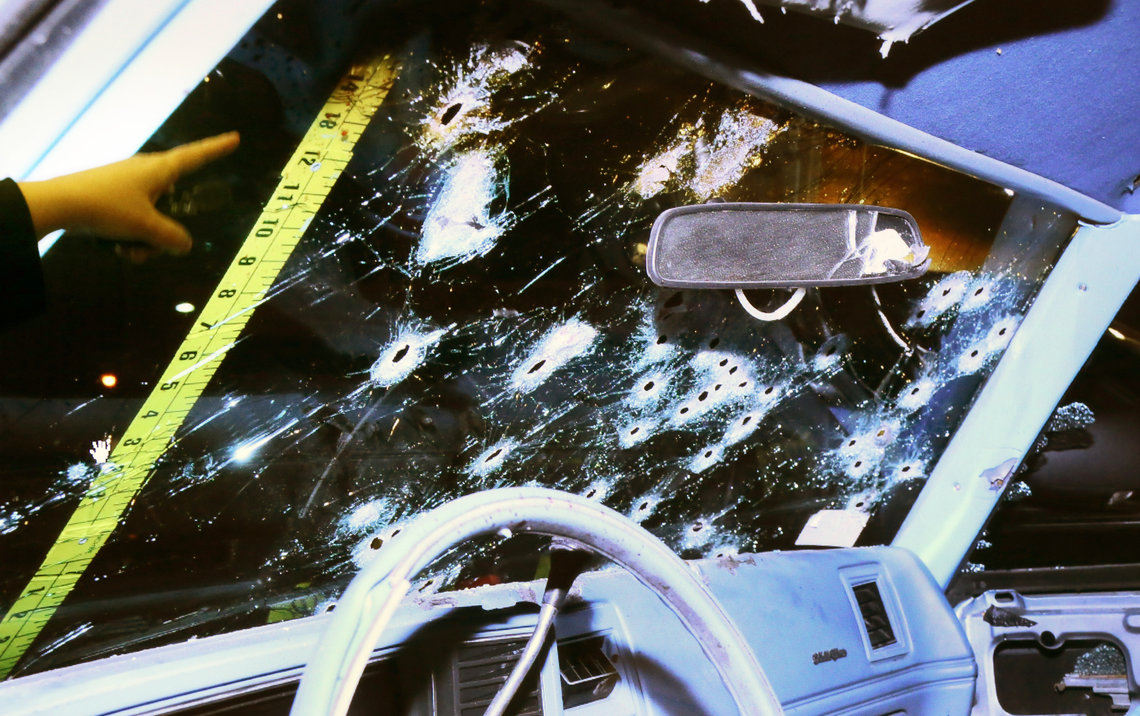 Photographs presented as evidence at the trial of Cleveland police officer, Michael Brelo, in April. Brelo was acquitted on two counts of voluntary manslaughter in the November 2012 deaths of Timothy Russell, 43, and Malissa Williams, 30, after a high-speed chase where officers shot a combined 137 shots at their fleeing vehicle.

Based on recommendations from Chuck Wexler, the executive director of the Police Executive Research Forum, police officials in Miami Beach and Cleveland revised their use-of-force policies after those incidents, instructing officers not to shoot at moving vehicles except when fired at first. “Even if a guy is trying to escape, has he done something that justifies the death penalty?” says Alpert.

The challenge for police departments, says Jim Bueermann, a former police chief who heads the Police Foundation, is crafting a policy that is flexible enough to accommodate the unpredictable nature of police work.

The next task is getting word out to the rank-and-file about those new rules. According to Lt. John Stanford, a Philadelphia police spokesman, when the department tried to implement policy changes, officers were repeatedly informed of those changes in daily team meetings and were subsequently asked to “sign-off on a written copy of the updated policy.”

But while law enforcement agencies have largely heeded calls for reform, those changes will be tested when officers are reacting in the moment. Since 2002, despite instructions from top brass to limit using their guns against moving vehicles, Philadelphia police officers have “shot 43 people in vehicles, killing eight of them,” according to a report in Philly.com.

Officers only have a “nanosecond or maybe a bit more to factor in all the criteria,” says Streed, before deciding whether to pull their guns out. He describes an officer’s typical physiological reaction in the moment: “Their hearts start beating fast, they begin breathing heavily, and they have a narrowing of vision.”

Under these circumstances and with little time to assess a situation, how do officers make sound decisions about firing their guns at vehicles? The solution, says Wexler, is to never reach that point. Let suspects escape in their cars without confrontation, and “get a warrant.”