Money, Dogs, and Diligence: How to Catch an Escaped Prisoner

An expert casts an eye on the New York manhunt.

With much of upstate Clinton County on lockdown and the rest of New York on edge, a vast law enforcement task force presses its search for two escaped murderers, Richard Matt and David Sweat, who staged an elaborate escape from the Clinton Correctional Facility in Dannemora on June 6. Matt, 48, and Sweat, 35, tunneled out of the prison and disappeared, possibly into the thick woods nearby. 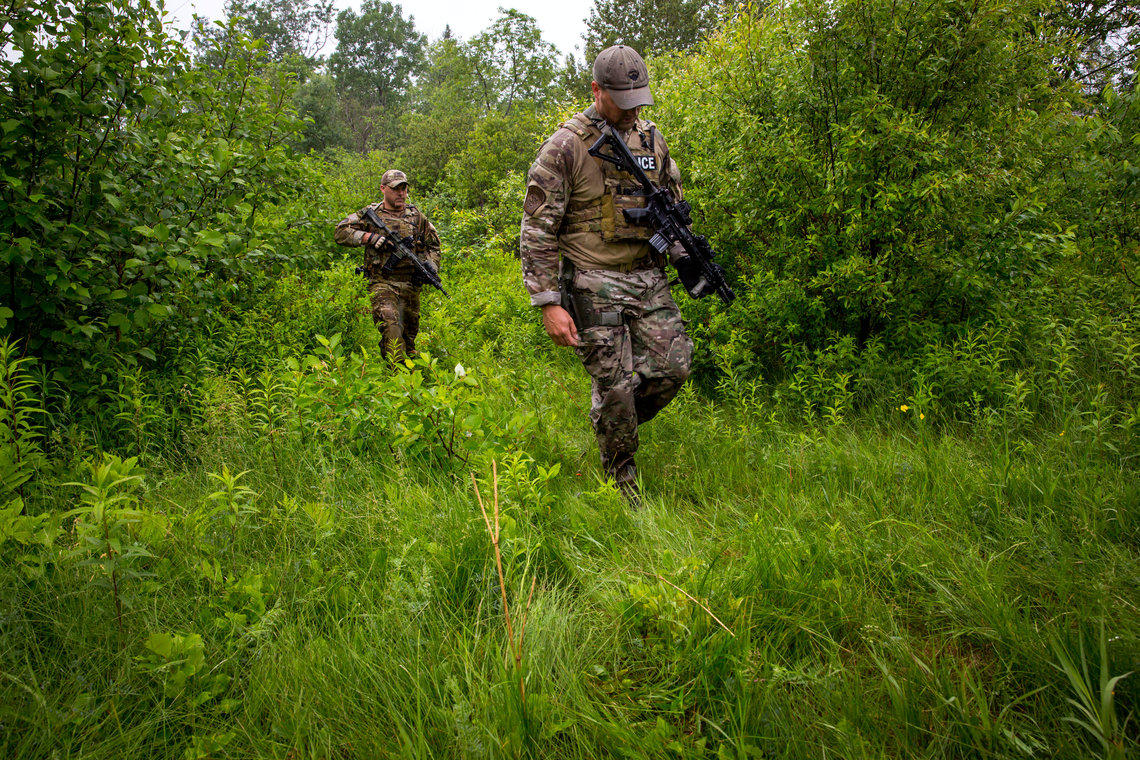 The search, which is entering its second week, recalls another escape of seven high-security inmates from the John B. Connally Unit in Texas in December 2000. The “Texas Seven” were the subject of a 41-day manhunt that stretched from Texas to Colorado and left Erving, Texas police officer Aubrey Hawkins dead.

At the time of the “Texas Seven” escape, John Moriarty was the chief of operations for the Office of the Inspector General at the Texas Department of Criminal Justice. Moriarty was responsible for all of the Fugitive Task Force operations and Joint Task Force operations (with U.S. Marshals Service, F.B.I., and Secret Service), and led the team that eventually captured six of the escaped inmates (one, Larry James Harper, committed suicide before that happened).

The Marshall Project spoke with him about the the Texas and New York escapes, and some of the tactics used to catch dangerous fugitives.

How many escapes did you work in your career?

I worked dozens of escapes while with the Texas Department of Criminal Justice. Basically every escape from 1991 on.

What are some of the first things you would do after an escape takes place?

Basically, you put up a perimeter and you keep it up until it’s proven that the fugitive is outside that perimeter. That’s what you’re seeing in New York right now. In the Texas Seven case, they had a vehicle dropped for them at a local Wal-Mart, and we were able to get a picture off a surveillance camera that confirmed that they had a vehicle waiting there. So we had that evidence pretty quickly that they were outside that initial perimeter.

The key is to look at their prior criminal histories. especially if they have any robberies, burglaries. In our case, they [the Texas Seven] did some robberies in the Houston area. Criminals are creatures of habit. They go back to what they know, they can’t help themselves, especially when stress is on.

What else can you do as an investigator?

You start out by interviewing people in the prison. You can get a good idea of their mindset and how they behave. In our [Texas Seven] situation, they acted as a paramilitary organization with one leader, and we knew that early on. We guessed that they would stay together. In the New York situation, I don’t know the dynamics of their relationship, but you have what appears to be two alpha males, and my guess is that once they get some resources they’ll probably go their separate ways.

They’ll stay together as long as they don’t have the resources and they need each other.

When you have a perimeter set up, what are some of the methods used to clear it? Tracking dogs?

Those dogs are outstanding at tracking any human scent in the area. I can tell you story after story of people who were caught by them after several days in the woods.

Texas is so successful because they have packs of dogs and when the dogs get tired they pick one up and put another pack down. They’ve got people on horseback with the dogs. It’s a major difference [between Texas and New York use of tracking dogs]. Having seven dogs as opposed to one dog looking for them is a lot better.

From an investigator’s perspective, what is the one thing you don’t want to do in these situations?

From the news reports, I’m hearing there’s a lot of infighting. That’s the biggest mistake they can make, not having a large cooperative effort with everybody working together. The Marshals Service has a tremendous amount of resources, and since 9/11 they’ve taken over all of the fugitive operations in the United States. They’re the go-to guys and they do this day-in and day-out. They have a tremendous amount of resources. I can’t say enough about partnerships with multi-agency task forces in these situations.

There needs to be whole lot of cooperation between the agencies, everybody needs to know what everybody else is doing, and I hope that’s what’s happening up there in New York.

Besides infighting and lack of cooperation, what are some other challenges in an investigation this big?

Managing the information coming in is a big problem. They probably have a command center set up in New York. We had to set up a center where we had 30 people on per shift working leads, tracking everything. Everything coming in has to be documented and resolved one way or another. After we caught them, we were still working for a couple weeks just on the leads, trying to see if anyone was involved in the escape.

The Texas Seven were caught, at least in part, because of a tip from “America’s Most Wanted.” How much does an investigator rely on tips to catch a fugitive?

They [America’s Most Wanted] gave us the lead that led to the apprehension. A Marshal saw a tip that someone suspicious was attending bible studies and had a small mole on his face. Every fugitive has an investigator assigned to him, and their job is to know everything about that individual. Is he right handed? Left handed? Does he smoke? What type of cigarettes does he smoke? Do they have any abnormal habits? Do they curse a lot?

We were also in touch with the families. Not necessarily on the basis of ‘we’re going to throw you in jail.’ They had to be made aware that if they helped one of the fugitives they would go to jail, but we worked hand-in-hand with the families, because some of them wanted the guys caught, too. They’re doing that in New York with those guys families, from what I understand. They’re afraid, also.

Families are a huge resource in catching fugitives. There is a tendency in law enforcement to get families upset, to act like a hard-ass with them. That’s not the way to handle them, they’re not the bad guys. So many times they’re the ones who have led us to escapees.

Human intelligence is the key. Electronic surveillance has caught a lot of people, but looking at a fugitive’s interactions is key. With the Texas Seven, we looked at who came to visit them, who sent them money, who did they call. We talked to those people. I’m sure that’s all been done in New York.

People forget that those guys live in that prison day in and day out for years. They talk to other inmates. There’s inmates in that prison that have information about what happened. There’s no way they were cutting through those steel plates without any other inmates knowing about it. there’s eyes and ears in those penitentiaries. Those inmates see everything that’s going on. It’s like a neighborhood watch. Being able to talk to those convicts is a critical component to how things are going to go in New York’s situation.

How much of a factor is reward money?

We had several hundred thousand dollars in rewards that we gave out in the Texas Seven case. When you put money on people’s heads, people start talking. There’s a lot of greed. There’s so many people that are afraid of these guys [Sweat and Matt] who don’t want to get caught up in this, don’t want their families caught up in this. The person that’s giving them help might not talk, but the person around the person helping them will. It’s human nature.