For forensic artists, a sketch is more than just gray hair and wrinkles.

By Simone Seiver
The Lowdown breaks down the rituals and routines of the criminal justice system.

Last week, New York State Police released digitally altered images of the two prisoners who broke out of the maximum-security prison at Dannemora. The photos showed what the escapees might look like after nearly two weeks on the run. The results? Except for computer-generated beards, the men looked the same. Some forensic artists weren’t impressed, characterizing the portraits as premature at best. One artist, Sharon Blanchard, who works with law enforcement agencies across Virginia, pointed out that facial hair grows about an eighth of an inch per week — not fast enough to give the men “four inch beards in two weeks. And who’s to say they didn’t shave it all off?” New York State authorities had no comment. 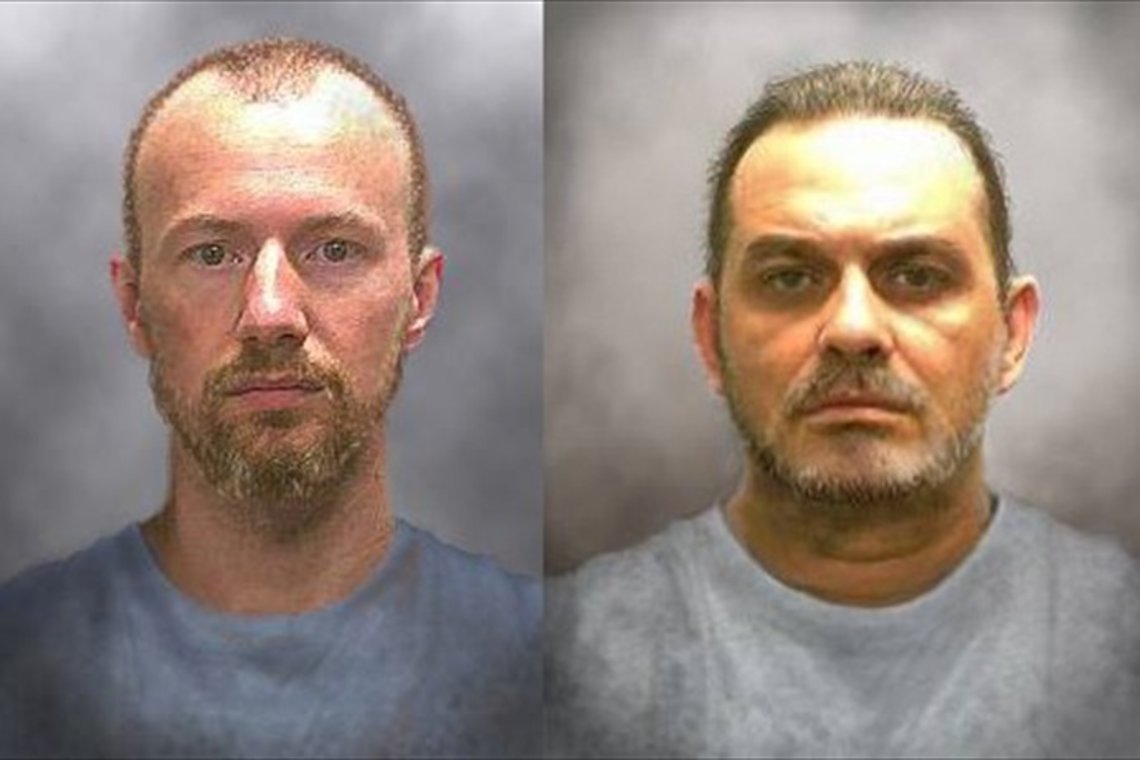 Known as age progressions, such portraits have been a popular tool for law enforcement authorities for three decades, helping them find missing persons, kidnap victims, and criminals on the lam. The case of Aric Austin, abducted at six weeks old in Vancouver, Wash., in 1981 by his father, was resolved in 2003 when a federal agent recognized him from an age progression as a brown-haired teenager with a broad smile. A sketch figured prominently in the 1993 capture in Panama of murder suspect Edward Howard Bell. A former business partner recognized him. The age progression sketch showed him as man in his mid-50s, with deep jowls, loose neck skin, and a wrinkled forehead. He later confessed to killing 11 teenage girls in the ‘70s.

Blanchard says that effective age progressions depend on a greater passage of time — and more evidence — to be effective. But there are many variables to imagining the future, and even then, there’s no guarantee that an accurate sketch will be seen by the right people.

In 1985, medical illustrators Scott Barrows and Lewis Sadler created a 45-page manual charting how the human face transforms over time. Based on dental data, surgical measurements, and their own observations, they showed that the 14 major bones and more than 100 muscles of the face move in relationship to each other in surprisingly predictable ways.

Aging in adults, as their research showed, involves much more than graying hair and wrinkles: cheeks start to show a bumpy texture, earlobes droop downward, and pores enlarge. For children, there is a very different set of expected effects: thicker hair, thinner cheeks, and tougher skin.

Early age progression drawings relied on an artist’s hand to apply these growth rates, aided only by measurement tools like rulers, calipers, and compasses. In the late ‘90s, artists began using algorithmic software programs called FaceKit and PhotoSketch to alter facial features in line with anatomical knowledge. In recent years, many artists have moved away from these software programs, instead favoring more user-controlled design programs such as Adobe Photoshop, which lets an artist manipulate individual elements of an age progression — say, the eyes or the lips — without disrupting other parts of the image.

But regardless of all these fine-tuned renderings, it may not matter if the age progressions are accurate to real-life. When the California kidnapping victim Jaycee Dugard was located after 18 years, she looked almost identical to an age progression photo produced by The National Center for Missing and Exploited Children. But because she was cloistered in a backyard shed out of public sight, the sketch didn’t help the public find her. (Dugard was found after she accompanied Phillip Garrido, one of her captors, to a visit with his parole officer.)

The value of the photos, according to Gil Zamora, an FBI-trained forensic artist, is to “get the public talking about what’s going on with the case. They’ll think, ‘Maybe that guy I saw with a beard was him,’ and they’ll call the police. The photos keep a case alive.” A crude photo, Zamora says, can be just as valuable as an accurate one if it revives a cold case. In 2005, the FBI tapped a forensic artist to produce an age progression of the Boston mobster Whitey Bulger, whose trail had been cold for about 10 years. When he was caught in 2011, he looked more like his original 1994 mugshot photo than the FBI-produced age progression from 2005.

Lois Gibson, an instructor of forensic art at Northwestern University, holds the Guinness World Record for “Most Successful Forensic Artist.” She recalled working on a case of two toddlers separated from their four-year old sister in foster care. “Many years later, the sister gets in touch with me through the FBI, who asked me to age the babies into 31- and 32-year-old men. They put my age progressions on the television show Unsolved Mysteries, and that night they were all reunited.” Gibson later met the boys, whom she aged 30 years: “The oldest one, Chris, wanted to meet me because he said I changed his life. We keep in touch on Facebook.” When we met, he cried all over me and said, ‘Thank you for helping me find my sissy.’”

You Don’t Have to Be Missing or Wanted

No longer available solely to law enforcement, age-progression programs have been cropping up online for those who want to predict their looks in the years ahead. These services can charge from a few dollars to several hundred for a single sketch, depending on the level of detail. They also allows parents to get a sense of what their children might look like as adults. Some sites, though, offer an unusual twist: age regression portraits. This service, it seems, is most sought after by parents of adopted children who want something that would otherwise be impossible: baby pictures.