Want to fix Rikers? Close it.

A casual reader of the news these days might conclude that there is real hope for Rikers Island, New York’s cesspool of a jail complex, located swimming distance from LaGuardia Airport in the East River.

This month, the city announced an ambitious supervised release program that will offer some defendants alternatives to jail, and earlier this year, the city agreed to end the use of punitive solitary confinement for inmates 21 and younger. The state’s top judge wants to reduce the time defendants await their day in court. The United States attorney for the Southern District of New York, Preet Bharara, and Mayor Bill de Blasio’s administration have agreed to a series of reforms, including the appointment of a federal monitor and better record-keeping and restrictions on use of force by guards. And the New York City Council is working on a bill to create a bail fund for certain low-level defendants. 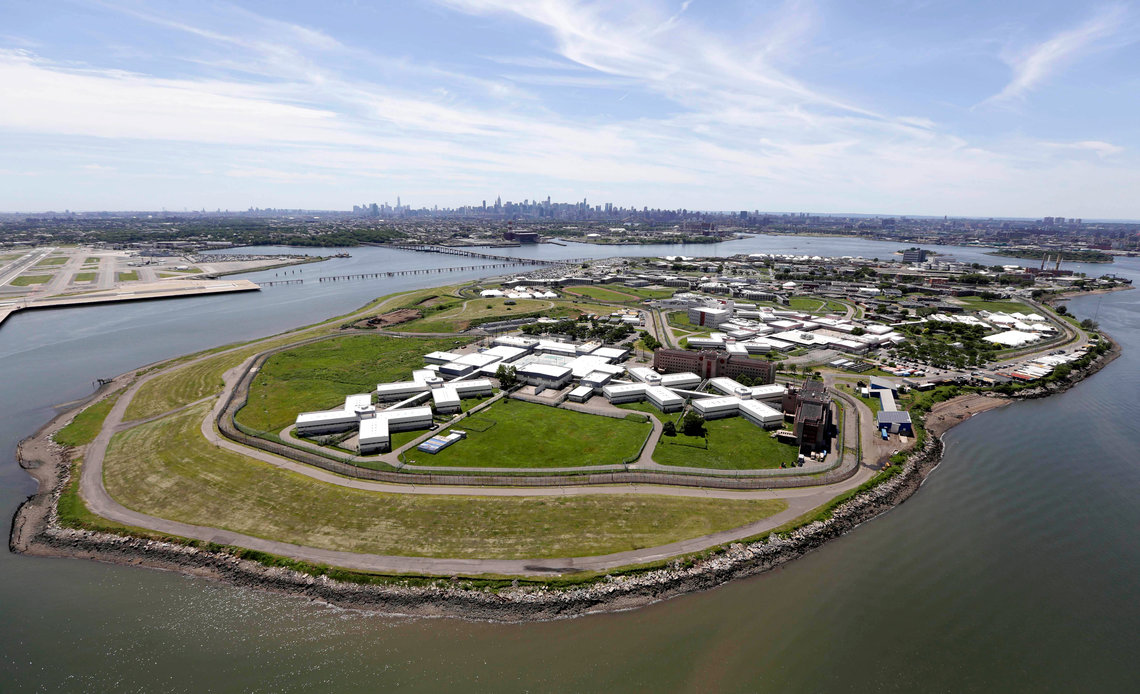 Still, one would search in vain for an informed person who believes any of these laudable measures will fundamentally alter life at Rikers. Indeed, recent reports suggest that violence has continued apace on the island even after the surge of press scrutiny and the push for reform. Dramatic change is hard to come by in an institution such as Rikers, with its entrenched unions and government bureaucracies, a hidebound court system and an antiquated physical plant.

If our courts were speedier, our bail system not so rigged against the poor and our mental health and drug rehabilitation programs properly funded, Rikers and other jails might be manageable. Instead, Rikers and big city jails around the country have become notorious dumping grounds for the impoverished, the addicted and the mentally ill.

The reality is that the only way to transform Rikers is to destroy it; it needs to be permanently closed. The buildings are crumbling. The guard culture of prisoner abuse and the gang culture of violence are ingrained. The complex is New York’s Guantánamo Bay: a secluded island, beyond the gaze of watchdogs, where the Constitution is no guide. It is a place that has outlived its usefulness.

Shuttering Rikers would be an audacious move for the mayor, who would have to find alternatives for the island’s roughly 10,000 overwhelmingly male, African-American and Latino inmates. This may not be as hard as it might seem, though it would probably involve some new or expanded detention facilities in the boroughs, risking not-in-my-backyard blowback.

The mayor would also need to confront a cozy judicial culture that tolerates delays by judges, prosecutors, and defense attorneys. He would need the backing of the city’s five district attorneys, the City Council, the state Office of Court Administration, and the correction officers union. Most challenging, perhaps, he would need the cooperation, if not the outright support, of his bête noire, Gov. Andrew M. Cuomo.

No doubt he would be branded a softy by the tough-on-crime crowd. But the mayor might be pleasantly surprised by the public support for the idea. Over the past year, a wave of revulsion has swept over the city, as horror story after horror story of beatings, suicides, and an inmate who was allowed to bake to death have incited genuine public outrage. In conversations with people close to City Hall, former city officials and veteran criminal justice professionals, I have sensed a growing willingness to explore the “close Rikers” option, and many in the criminal justice community are beginning to think the unthinkable. It would require meaningful research and planning, but I think the mayor would find many allies.

“Given Mayor de Blasio’s commitment to reform the city’s jail system, it is important to also consider the ultimate reform, closing the largest penal colony in the United States and moving pretrial detainees closer to the courts and to their families,” said Michael P. Jacobson, executive director of the CUNY Institute for State and Local Governance, and a correction commissioner under former Mayor Rudolph W. Giuliani.

Closing Rikers would reverberate far beyond New York. Criminal justice reform is having a “national moment.” For the first time in half a century there appears to be bipartisan support for changes in police practices, drug decriminalization, sentencing, and the use of solitary confinement. The closing of the country’s most notorious jail would serve as a powerful message that institutions can be held accountable, that government can take new approaches to old problems, and that real change is achievable.

It would also set an example for other cities whose jails have become hotbeds of violence or default mental institutions. It would elevate us in the eyes of the developed world, where our astounding rate of incarceration, our preference for punishment over rehabilitation, and our affection for the death penalty make us an outlier.

Finally, rebuilding the 400-acre island would unleash one of the most exciting redevelopment opportunities of a generation. The island could accommodate thousands of housing units, boosting de Blasio’s affordable housing initiative. It could become a park, or a university campus. Some believe it can be part of a much-needed plan to build another runway at LaGuardia.

The logistics of closing Rikers would be challenging, but they are not insurmountable. Shortening average stays would go a long way toward reducing the population. The mayor’s plan to expand supervised release programs would be a substantial achievement. The city has also agreed to find a place to move 16- and 17-year-old prisoners. More than half of the Rikers population is there because they cannot make bail. Eliminating money bail, or at least greatly modifying it, could lead to the release of another large portion of the jail population. Likewise, shifting drug- or alcohol-addicted prisoners to alternative programs such as drug or alcohol rehab, and relocating the seriously mentally ill, could reduce it further. Expanding capacity in borough detention facilities could absorb some of the remaining slots. Finally, the roughly 15 percent of Rikers residents who are sentenced prisoners could be moved to state prisons. This is an admittedly crude analysis, and there will still be a need to build some new facilities in the boroughs, but it demonstrates that the goal is within shooting distance.

The city has several funding options to pay for the transition. It could probably raise hundreds of millions of dollars selling the island to private developers or the Port Authority, which operates LaGuardia. The Manhattan district attorney’s office and the City of New York recently received several hundred million dollars each from Wall Street asset forfeiture settlements. What better use of these funds than to contribute to the closure of the city’s most infamous jail complex?

Ultimately, closing Rikers will be a matter of the city’s collective political will and conscience. Interestingly, the city has risen to a comparable challenge in the past. In the 1980s, there was an internationally disreputable neighborhood where crime, drugs, and prostitution were rampant, which sprawled over many crowded blocks, and which had successfully repelled years of cleanup efforts. Finally, a mayor and governor who openly detested one another joined forces to clean up the place once and for all. They fought lawsuits, condemned land, assembled properties, and successfully transformed the neighborhood. That place was Times Square; the mayor’s name was Edward I. Koch and the governor was Mario M. Cuomo, the father of the current officeholder. Rikers is inarguably a bigger blot on New York than Times Square ever was, and most everyone will celebrate its demise.

Neil Barsky is founder and chairman of The Marshall Project.