6,000 People Are About to be Freed From Federal Custody — Here’s What They’ll Face

Over the weekend, about 6,112 people will be freed from federal custody, the largest one-time release in U.S. history and the result of a sentencing restructuring for drug offenses.

What should those people expect when they get out? The Marshall Project, in partnership with WNYC in New York, asked six men who spent long stretches of their adult lives behind bars to explain what it’s like to re-enter society and what they learned along the way. Some of their advice: take it slow with romance, be honest with your kids and think about getting a cat.

This story was produced in collaboration with WNYC.

Some of the men live at the Castle, a New York City residential facility for ex-offenders run by the nonprofit Fortune Society, while others go there regularly for social service programs. The responses were edited for length and clarity. 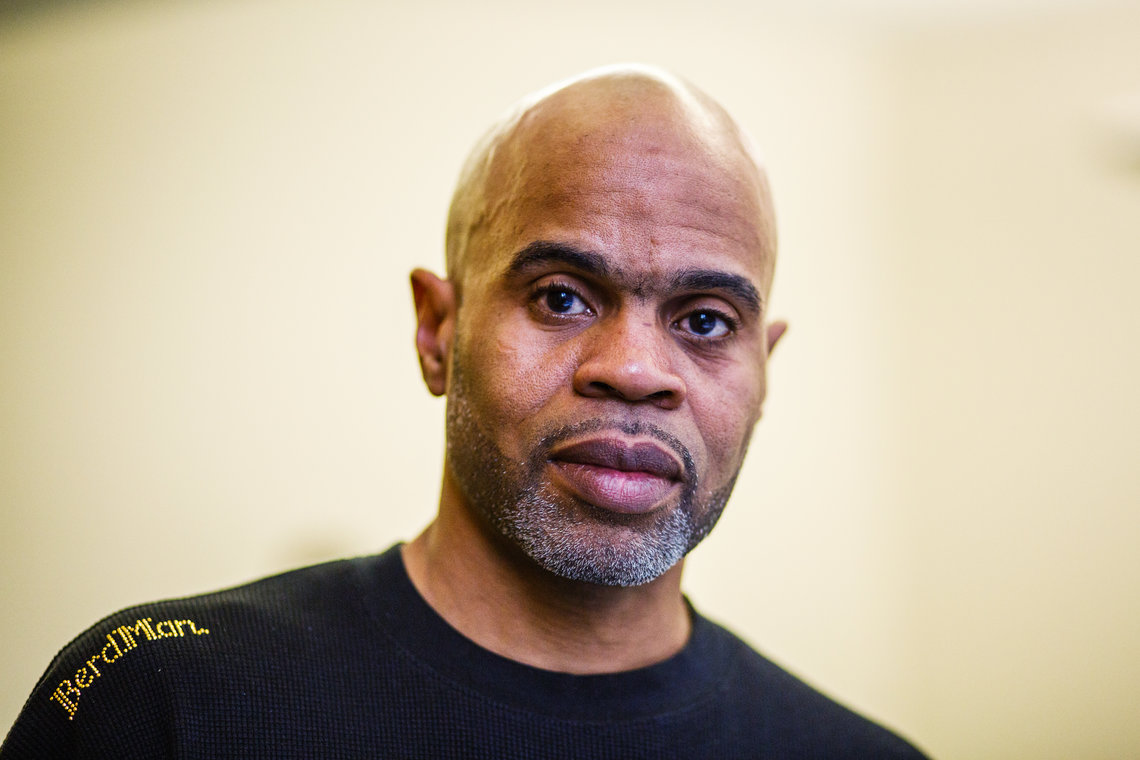 “It was a cultural shock. I didn’t have anyone to walk me through what had taken place in society. You feel embarrassed. I just felt there was a rush into society instead of walking a person in.”

“You have to be around grounded people when you get out of prison. Ones that can say, ‘Take your time. Do this and do that.’ Ones that are walking with you.”

“One of the biggest mistakes I made was jumping into a relationship. I’ve been away from female companionship for so many years that when I came out it seemed like a goal to be with a female. I wish I would have waited until I was more stable.” 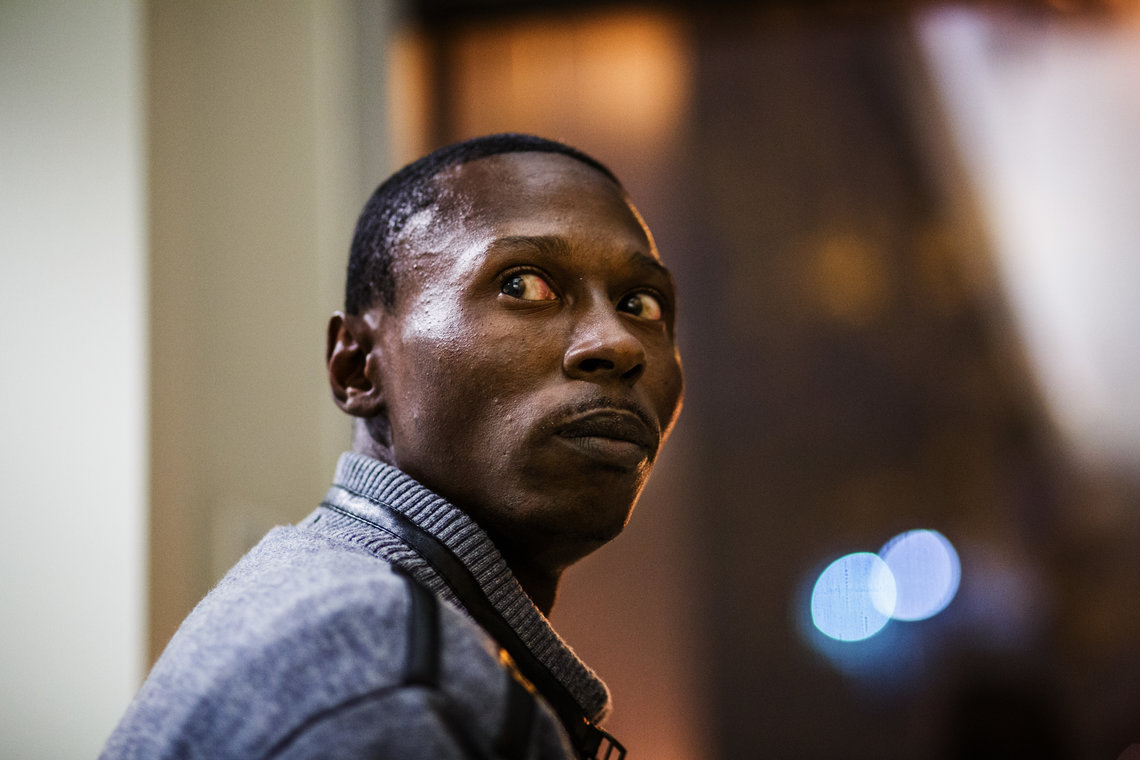 Saquan Dubose, 34, in and out of state prison, first in Pennsylvania and then in New York, from 1997 to 2015 for robbery, gun possession and selling drugs

“The way that you survive in prison is not the way that you will survive out here. That’s two different worlds. You have to deal with your anger. I meditate now. I’m more humble. The big boulder that was on my shoulder, I would say is a little rock now. Learn some art of fighting, that takes away some of the aggression. Training, punching bags. Things like that. Try something else to do with that aggression, that anger, put it somewhere else.”

“You have to be tired of going back to prison. For me, I’ve been seeing prison since I was a kid. So I am going to do whatever it is out here to make sure that I will never go back there. If I have to go get me some boxes and sleep across the street in Riverside Park rather than to be in a cell, it’s that serious for me. I am tired. I feel like an old man.” 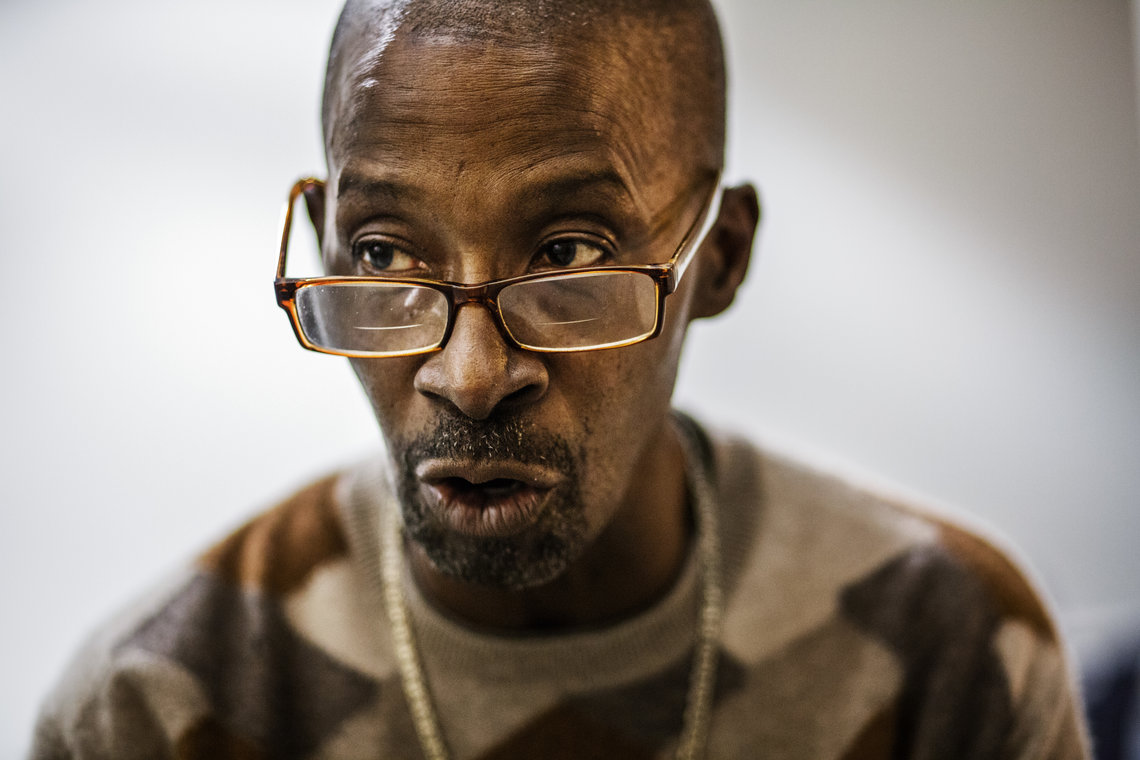 René Peterson, 63, in and out of state prison from 1971 to 2013 for robbery, burglary and drug possession charges

“When I first came home [after a 22-year stint], I almost beat this white boy up because he was talking on the bluetooth, the ear piece. I said, ‘Say it to my face, white boy, so I can beat the shit out of you.’ And I am en route to parole! Then I see someone else talking to they self. In these 22 years, everyone is walking up the street talking to they fucking selves.”

“I’m still learning. I can’t text for shit. I ain’t fast like that. My spelling is up to par. But then mothafuckas get mad at me because I spell so proper. They got the slang text. LOL. All that dumb shit. I don’t know that. I am just going to spell the goddamn word. They be saying, ‘You be writing fucking books man when you fuckin’ text.’”

“Your son don’t have to love you. There is resentment. When you get old and you come home, it’s, ‘Man, don’t try to play no dad shit. Get the fuck up out of my face.’ And you got to eat that. It’s not always a good note to go looking for your kids.” 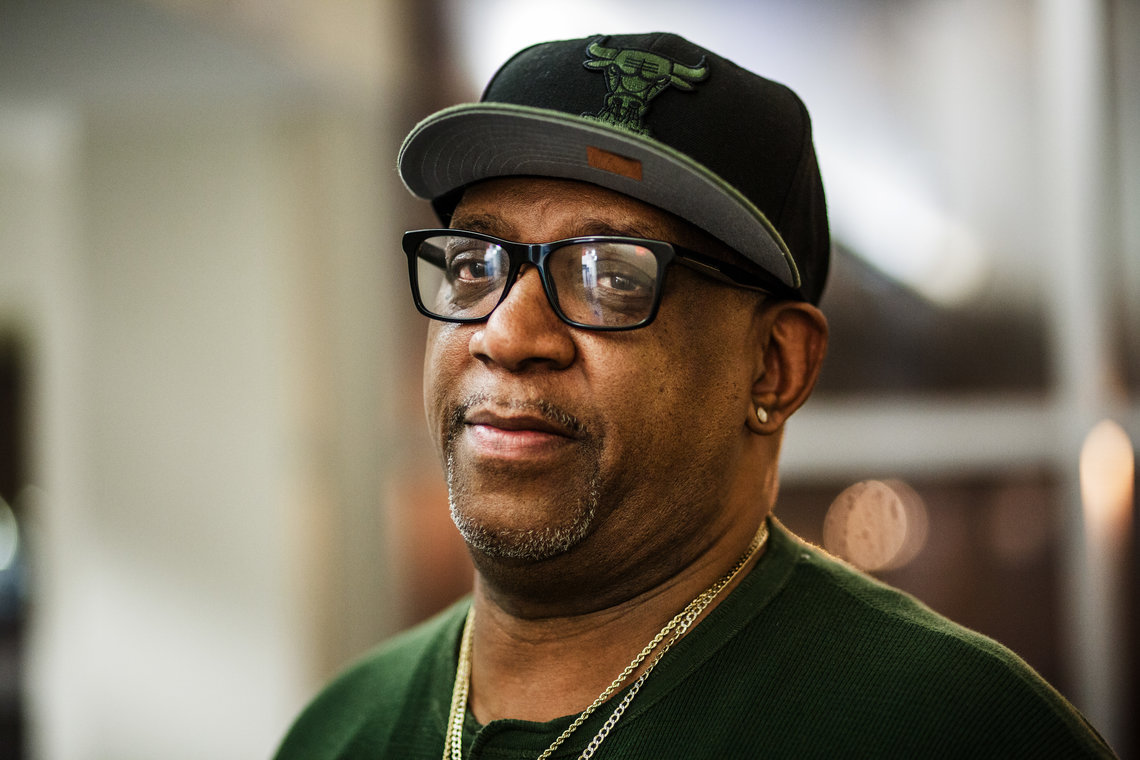 Ervin “Easy” Hunt, 61, in and out of state prisons from 1972 to 2002 for gang violence, robbery and selling and possessing crack cocaine

“Something that resonated with me in staying home is that I remember the movie ‘The Shawshank Redemption.’ There is a line that Tim Robbins says to Morgan Freeman: ‘You get busy living, or you get busy dying.’ That’s my mantra to anybody going through this. You don’t appreciate your freedom until it is taken away from you.”

“Today I had do two things that depended on me to live: My cat and my plants. My cat, she’s amazing. She talks to me. She picked me from the ASPCA. She went around the room twice, and looked at me, and said, ‘Meow.’ I said, ‘Oh, shit, you are talking to me?’ It has to be something greater than you that will restore you to some type of sanity.”

“Know that you are worth more than what you are doing. You have to go outside yourself. You have to think, who else are you important to? Sometimes a life is not important except for the impact that it has on other lives.” 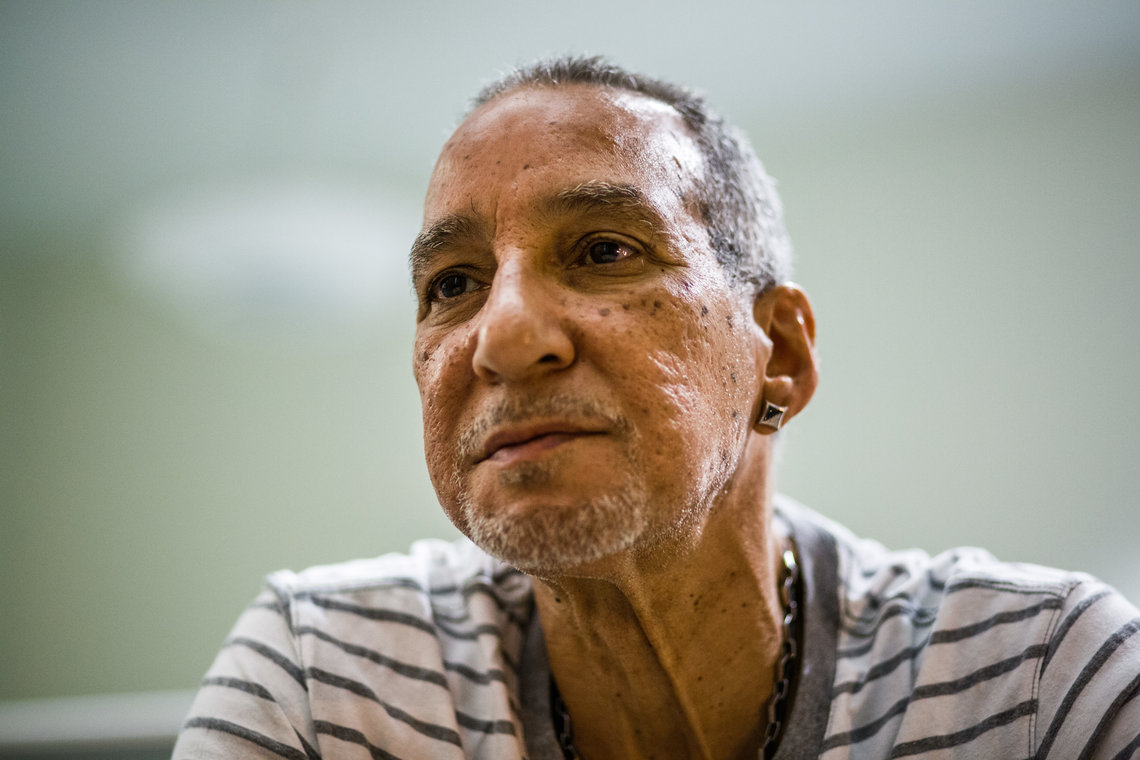 “Don’t force being a parent. You come in and say ‘I’m your father. I want to see what’s going on. I want to be part of your life. And I respect you. And I respect the idea that you may not want to call me dad. I understand because I haven’t been here for you.’ You make your kid understand. Be honest with your kids, man. Once you are honest with your kids, you can deal with whatever is coming.” 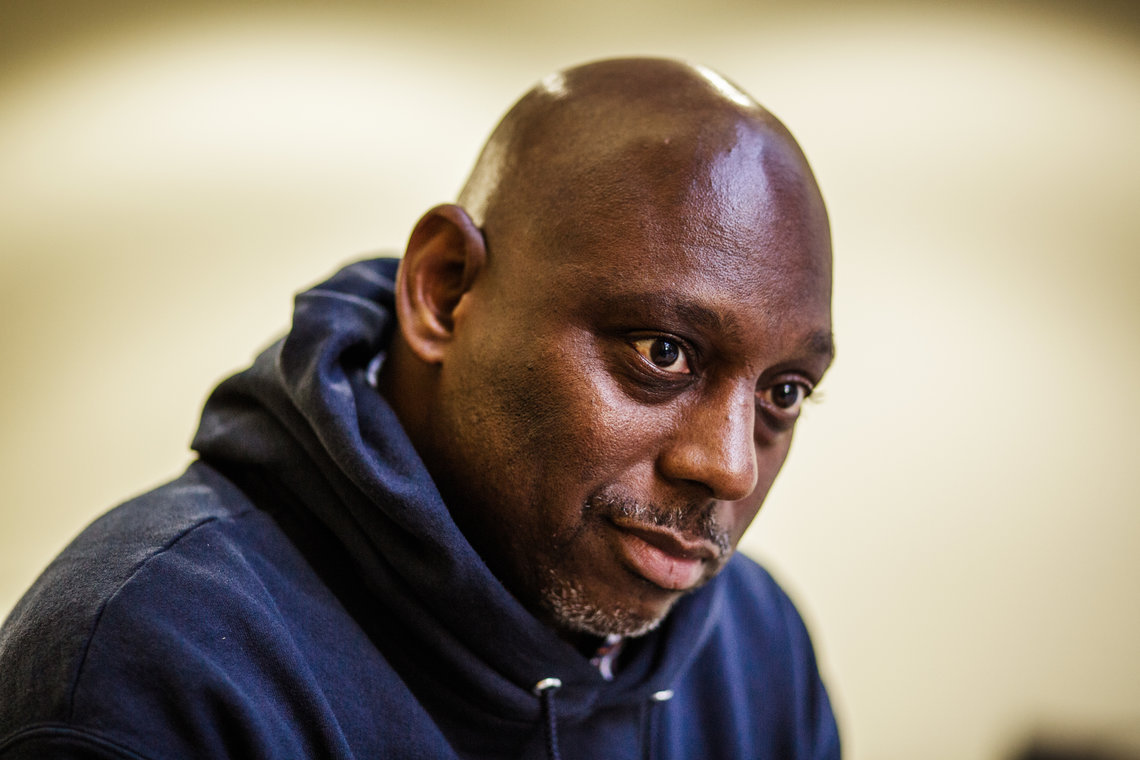 “You are not used to people being up on you and bumping you. Your defenses are up. People in the street are more disrespectful than the people who were in jail. People step on your sneakers, they push you, they don’t say, ‘Excuse me.’ None of that. In jail, people say, ‘Excuse me.’ Everybody knows their place. Here, nobody knows their places. So it was very uncomfortable, I was just afraid to go get on the train all by myself and go to Queens. It literally took me three days before I could travel.”

“You need to have a plan. And if you don’t have a plan, you need to make one soon. For school, work, how you are going to sustain yourself when you are home.”

“Find somebody you can talk to and be real with yourself.”