Eyewitness Testimony Is Unreliable… Or Is It?

A new study of the data says it depends on timing.

By Benjamin Ryan
Justice Lab is a column that examines the science, social science and technology of criminal justice

In 1985, a young white woman named Jennifer Thompson told a North Carolina courtroom that the man on trial, Ronald Cotton, a black restaurant dishwasher, had broken into her apartment and raped her at knifepoint the year before. Thompson’s confident testimony was instrumental in prompting the jury to convict. Cotton was sentenced to life plus 50 years.

As it happened, Cotton wound up in prison with a man named Bobby Poole, who was also in for rape and who so resembled Cotton the two were often mistaken for one another. Poole eventually blabbed to another inmate that he was Jennifer Thompson’s true attacker. After 10 years of incarceration, Thompson got his conviction overturned thanks to DNA evidence proving that Poole was in fact the culprit. 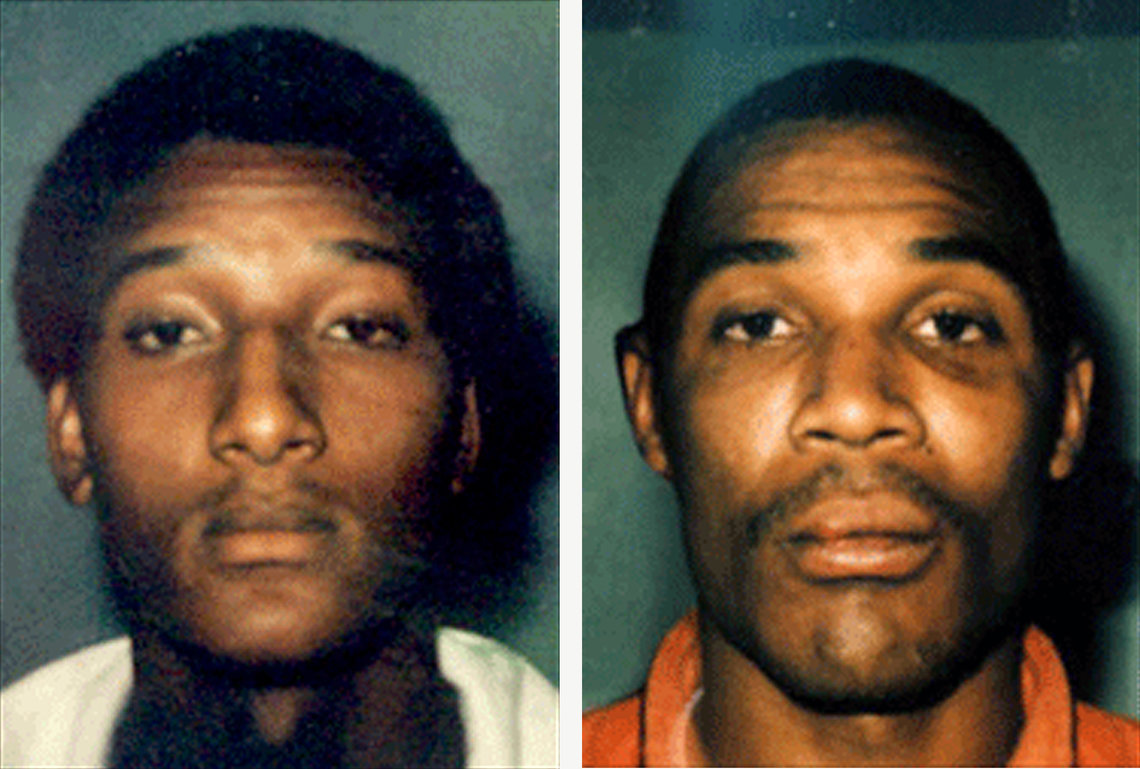 Ronald Cotton,left, and Bobby Poole photographed at the time of their arrests.

To the swelling chorus of activists and researchers who argue that eyewitness testimony is both fundamentally unreliable and over-relied upon, the Cotton case is a prime example of what can go tragically wrong when court cases hinge on human recollection. Thompson seemed like an ideal witness; she had kept calm during the rape, carefully studying her attacker’s appearance in case she was later called upon to identify him. But what the jury didn’t know is that Thompson had been quite unsure of her choice when she initially identified Cotton. Days after the rape, she hesitated over six mug shot options for almost five minutes before she finally selected Cotton’s picture and uttered a tentative “I think this is the guy.” And she waffled a good deal before fingering him during a police lineup later on. But by the time she took the stand she was steadfast.

This question—how confident witnesses are when they first identify a subject in a lineup—might seem like a minor detail. But it’s at the center of a vigorous debate among eyewitness memory experts. The outcome of this debate could have important ramifications for the criminal justice system, and could add an important layer of nuance to the critiques of eyewitness testimony.

For some time now, numerous eyewitness memory scholars have believed that, at least in some circumstances, there can be a modest relationship between how confident eyewitnesses say they were at the time of identifying a suspect (as opposed to during the trial) and the likelihood that they correctly selected the culprit from a lineup or an array of mug shots. And some experts in the field go so far as to say that the relationship between initial confidence and accuracy is actually quite strong.

This is no small difference. If juries really can rely a great deal on a witness’s initial confidence level to help them decide if the defendant is guilty or innocent, then instructing jurors to trust that barometer could, at least in theory, help courts do a significantly better job of acquitting the innocent and convicting the guilty.

One academic who believes the relationship between initial confidence and accuracy is strong is John T. Wixted, a psychology professor at the University of California, San Diego. He is the lead author of paper in the September 2015 issue of American Psychologist in which he and his coauthors argue that the other camp of researchers, those who have found a null-to-modest relationship between initial witness confidence and accuracy, relied on the wrong type of statistical analysis. That form of analysis asks the question: based on whether the ID was correct or not, how well can you deduce the initial confidence of the witness? But this is the wrong question, Wixted says. The right question is: based on the level of initial eyewitness confidence, how well can you predict whether the ID was correct? If you take this approach, the paper argues, the true relationship between initial confidence and accuracy is revealed, and it is strong.

When considering highly confident witnesses in particular, Wixted says that other academics have mistakenly downplayed the reliability of these individuals’ trial testimony in another way. The academics’ mistake, he says, is to include in their analyses data from participants in controlled studies who point to a figure in the lineup who is not a suspect—a volunteer known as a “filler.” (In 20 to 25 percent of the 75,000 police lineups conducted annually, the witness picks a filler.) The other researchers typically count this as a wrong guess in their calculations to deduce the reliability of eyewitnesses who take the stand. But in the real world these witnesses who pick a filler don’t take the stand. Wixted found that taking filler ID data out of his analyses ultimately reveals a stronger—and he believes more true—relationship between initial confidence and accuracy.

A number of experts in the eyewitness testimony field say they generally support the new American Psychologist paper. Chad Dodson, of the University of Virginia, for one, says that academics in the field of general memory research “have known for decades that under most conditions confidence is reliably associated with recognition accuracy.” Wixted’s analyses, Dodson and his colleague at UVA David Dobolyi both say, correctly apply this scientific principle to suspect identification.

In the opposite camp is Iowa State University professor Gary Wells, the most prominent academic in the eyewitness field. His own work has made up the backbone of the party line that an initial confidence level, in his words, “has some diagnostic value or is useful but far from perfect.” Wells accuses Wixted and his coauthors of cherry-picking data to support their claims and says they have exaggerated the strength of the connection between initial confidence and accuracy.

Wixted vigorously denies these claims, pointing to an as-yet unpublished literature review he and his colleagues have written in order to further buttress their claims about the relationship between initial confidence levels and accuracy. Many parts of that paper read as a revision, if not outright rebuttal, of some of Wells’s scholarship.

“By the time the witness reaches trial, their confidence is likely to be very misleading,” said Ruth Horry, a psychology lecturer at Swansea University in Wales, “since confidence tends to inflate over time, as the witness comes to believe that their ID must have been correct—otherwise, why would the police be prosecuting the suspect?”

Other research has specifically pointed to this sort of confidence-inflation as a factor in wrongful convictions. Brandon Garrett of the University of Virginia School of Law, for example, recently analyzed 161 cases of eyewitness misidentification that later resulted in DNA exonerations. He found that more than half of the initial trials involved a witness who, like Jennifer Thompson, was unsure at the time of the suspect ID, but who then expressed confidence in his or her choice when testifying in a courtroom.

Of course there is always the chance that an initially unsure witness has pointed to the right person, as happened with Carol DaRonch, whose ID of Ted Bundy in 1975 helped convict the serial killer. (He had tried and failed to kidnap her the previous year.) Paying particular attention to the lack of initial confidence in such a case could lead to a faulty acquittal.

Also, there are many ways that the criminal justice system can, purposefully or not, contaminate an eyewitness’s perspective during the suspect ID process and inflate their confidence on the spot. Traditionally, the lineup administrator knows who is the suspect and who are the nonsuspect “fillers.” This knowledge can contribute to miscarriages of justice—for example, if the administrators ask leading questions that sway the witness’s choice, such as, “Do you think it’s that guy?” These administrators can also make statements that inflate the witness’s confidence level, such as, “We thought that was the one,” or “Are you sure…?” Even unconscious cues such as body language may taint the selection process In the case of Ronald Cotton, there is significant evidence to suggest that leading remarks from the detective present when Jennifer Thompson identified Cotton pushed her to become increasingly certain about her suspect ID.

In an effort to reduce the risk of this sort of witness contamination, criminal justice reform advocates such as Wells and the Innocence Project have pushed for the adoption of a “double-blind” lineup system, in which no one accompanying the witness knows who the suspect is. Thirteen states now require local police departments to use double-blind procedures, as well as to record the confidence levels of eyewitnesses when they select a suspect. Another 12 states have recommended these practices.

In 2014, the National Academy of Sciences gave an academic imprimatur to such reforms, recommending, among other changes, that criminal investigators adopt a double-blind system, make a record of confidence levels, and also videotape the suspect selection proceedings.

If these reforms had been put in place long ago, they might have spared Ronald Cotton more than a decade in prison for a rape he did not commit.

Benjamin Ryan is an editor at large at POZ magazine, where he covers the science of HIV and hepatitis C. His work has also appeared in The New York Times, The Atlantic, The Nation, New York magazine, The New York Observer, Men’s Journal, Out, and The Advocate. (Twitter.)