Prodded by lawsuits, one jail moves to curb fetal deaths.

Over a stretch of 17 months at the largest jail in Arkansas, three inmates miscarried and one gave birth to a full-term baby boy in a toilet. The newborn soon died, still attached to his umbilical cord. He was wrapped in a medical waste bag.

If the women had not sued the Pulaski County Regional Detention Facility in Little Rock, few people in the outside world would have known about the deaths. There is no national tally of miscarriages and other pregnancy outcomes in jails and prisons. Few facilities track them at all.

But what makes this jail stand out is not just the grim tally of fetal deaths. It is the county’s response: A new virtual ob-gyn clinic that aims to prevent miscarriages and stillbirths in the future.

“Hiding from one screwup doesn’t prevent the next one,” said Maj. Matthew Briggs, second-in-command of the 1,530-bed facility that houses about 200 women on a typical day.

By Christmas, the jail’s medical facility is expected to have interactive video equipment, a fetal heart rate monitor and an ultrasound machine. The county is close to signing an estimated $150,000 annual contract with the University of Arkansas for Medical Sciences to provide nurses who specialize in high-risk pregnancies to perform weekly prenatal exams on inmates. Doctors will examine the women remotely from their offices three miles away through video chats, digital scopes and the heart-rate monitor.

“A patient is a patient. It is just as important to me whether it is my daughter-in-law, who is pregnant now, or whether it’s a prisoner who is a patient,” said Tina Benton, oversight director for the university’s Center for Distance Health. “I am going to take care of them the same way.” 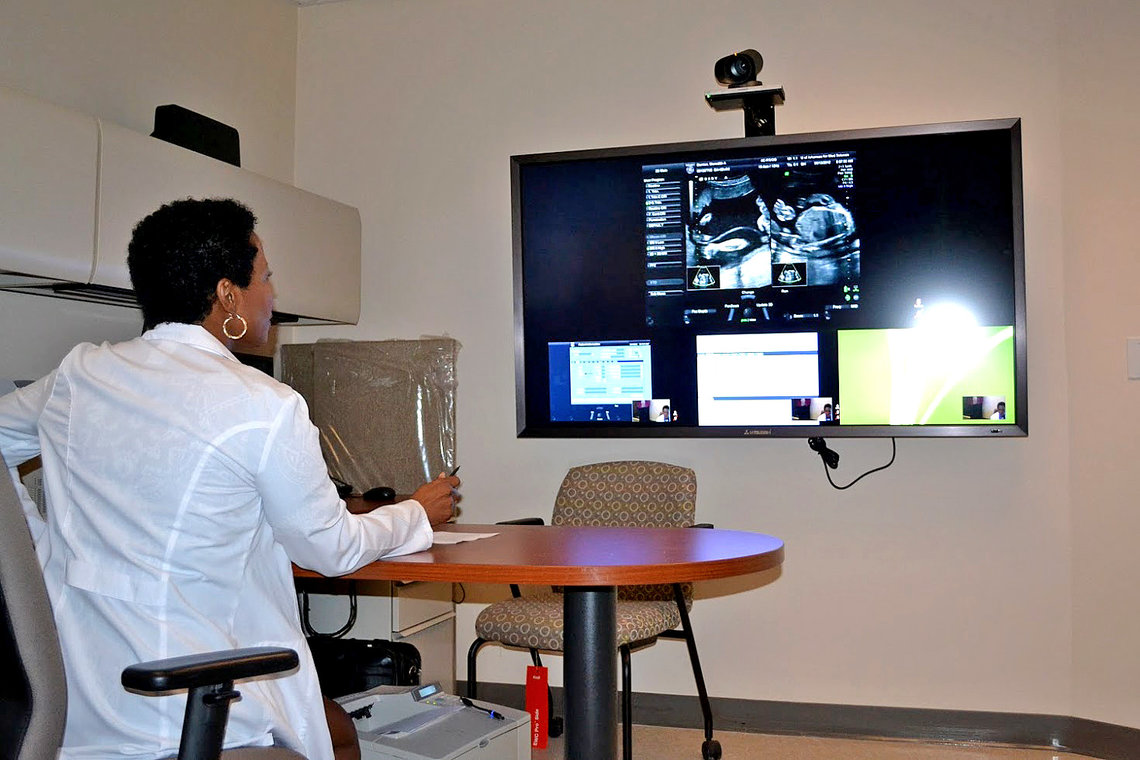 A maternal fetal medicine (MFM) clinic consult room at University of Arkansas for Medical Sciences in Little Rock. The Pulaski County Detention Center is close to signing a contract with UAMS.

Remote medicine has been used to treat inmates in jails and prisons for at least a generation, but it is rare to use the technology for prenatal care, according to Jonathan Linkous, chief executive officer of the American Telemedicine Association. Little Rock may be the first jail in the country to host such a program.

Legally, Pulaski County was under no obligation to change the way it treated pregnant inmates. The settlement, which was just under $200,000 for all four women, didn’t dictate any reforms. The state requires that its 119 local jails offer only the “minimum standard” of medical care and is silent on the specifics of treating pregnant prisoners.

Still, soon after the case was filed in February 2014, the jail staff anticipated a litany of court-ordered reforms and began making modifications.

“We saw that changes were needed. And we said, ‘Let’s make it now.’ We didn’t wait to be told,” Briggs said.

While preparing for the telemedicine equipment, the jail has added a registered nurse who is trained in prenatal health. The wait time for a pregnant inmate’s physical has been reduced to two days from a week, and guards escort prisoners to check-ups at a nearby obstetrics clinic instead of relying on the jail’s nursing assistants for care. There have been no fetal deaths at the jail since December 2013, Briggs said.

Nationwide, there is almost no way to track miscarriages and problem pregnancies in jails and prisons.

The Justice Department counts inmates who die behind bars, but there is no comprehensive tally of fetal deaths, or even expectant mothers, especially in the nation’s approximately 3,300 local facilities. Jails, rather than prisons, tend to have higher rates of pregnancy because of higher turnover and shorter sentences.

Prodded by lawsuits, several states have inched toward more disclosure. Over the summer, the Texas Legislature ordered the state’s jails to report their prenatal policies. (As of Oct, 1, there were 416 expectant mothers locked up in Texas jails). The effort was sparked by a 2014 federal lawsuitfiled by a woman in Wichita Falls who said she lost her 34-week-old fetus while in solitary confinement in the rural town’s jail. The jail did not respond to a request for comment.

“When you ask those in charge to put together reports and collect data, it lets them know that we are paying attention. We want to know how these special populations are being handled,” said Texas Rep. Celia Israel, a Democrat who represents Austin. Israel wrote the legislation and said she got broad bipartisan support for the effort. 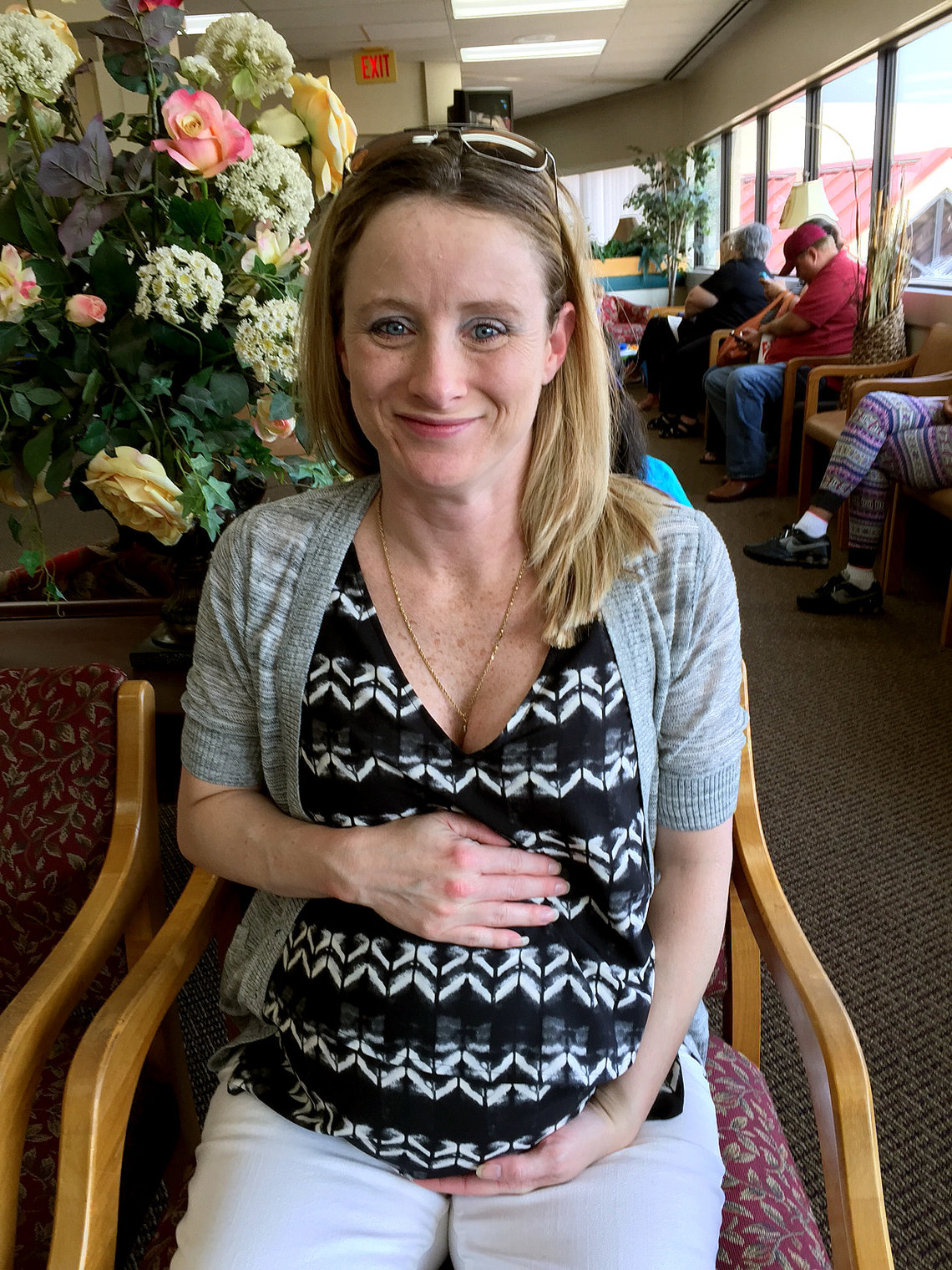 Christina Marziale was pregnant before being incarcerated in an Arkansas state facility.

The American Civil Liberties Union in Pennsylvania and Montana has also published surveys of prenatal care in local jails.

The frustration over the lack of uniform statistics has prompted two medical school professors, one at Johns Hopkins University and another at Brown University, to launch their own ambitious hunt for numbers. They have recruited four state prison systems, including Washington and Rhode Island, and a jail in a fifth state to participate. The researchers requested the correctional facilities provide tallies of full-term births, abortions, miscarriages, stillbirths, C-sections and other outcomes. The National Resource Center on Justice Involved Women and the National Institute for Corrections, which is funded by the Justice Department, are helping to identify facilities to participate.

"Once we understand how many pregnant women are behind bars and what happens to those pregnancies, we can better figure out what needs to be done to ensure good outcomes,” said Dr. Carolyn Sufrin, a Johns Hopkins professor. The project’s goal is to entice the federal government to join the data collection effort for federal institutions, state prison systems and county jails.

That is not fast enough for Luther Sutter, the Little Rock civil rights attorney who filed the lawsuit against the jail. Sutter took on a second case last month, filed by the family of 34-year-old Christina Marziale, a former drug addict serving a nine-month sentence in an Arkansas state correctional facility. 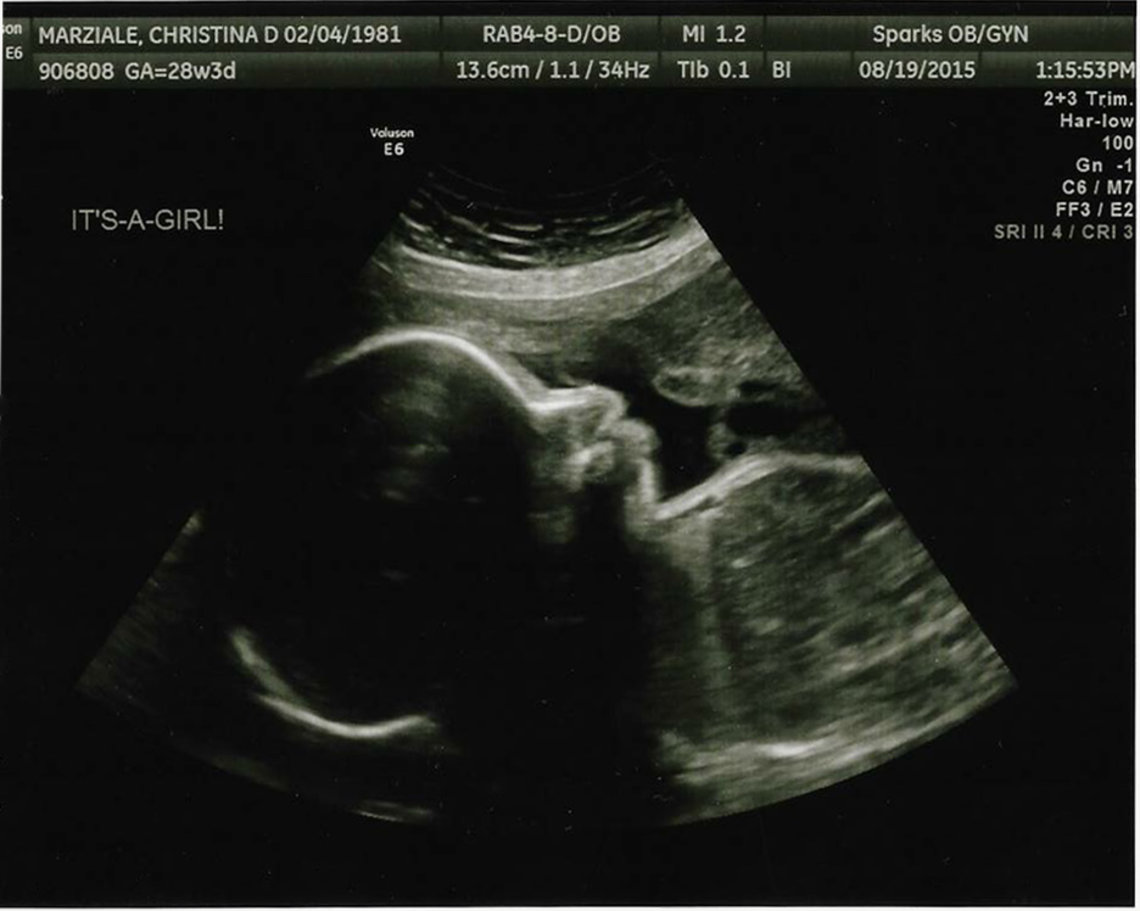 Sonogram image of Marziale's daughter during her seventh month of pregnancy.

Marziale was seven months pregnant with twins when she began serving time in August in a low-security facility for drug offenders. Her family says she lost 11 pounds while there, threw up blood and was rarely allowed to see a doctor. Her daughter, Elaine, was born underweight and died. Her son, Murray, has spent his first month of life at the Arkansas Children's Hospital’s neonatal intensive care unit.

“I was done with one lawsuit, and more people started calling us,” Sutter said. “It’s happening again and again. These babies keep dying. And we have to make sure that it doesn’t happen again.”

Dina Taylor, a spokeswoman for Arkansas Community Correction, the agency that runs the facility where Marziale was housed before being moved to another one, said no reforms are planned.

“One thing I’ve learned is that anyone can claim anything, but that doesn’t mean the allegations are true,” Taylor wrote in an email. “We’re not going to change policy simply because someone makes an allegation.”