Minneapolis sit-in for Jamar Clark stretches through a third week.

Shortly before 4 a.m. Thursday, Minneapolis police broke up the encampment that formed at the 4th Precinct more than two weeks ago. Black Lives Matter Minneapolis announced it planned a City Hall rally protesting the eviction.

It’s been almost three weeks since demonstrators with the Black Lives Matter movement began a sit-in outside the 4th Precinct station house in Minneapolis to protest the killing of Jamar Clark, a 24-year-old black man who was shot in the head in a struggle with two police officers on Nov. 15. The protesters say they will maintain their encampment until the city meets their demands, which include releasing videotapes of the fatal encounter. (Federal, state and local investigators say it is too early in their inquiries to release the tapes.) They have also urged that the case not be heard by a grand jury, because, they say, grand juries historically decline to indict police officers in shooting cases. On Tuesday night, as temperatures dipped below freezing, dozens of people, rather than the hundreds who had gathered on other nights, warmed themselves around campfires, talking, eating food from a communal kitchen, and listening to music and speeches. In the glare of floodlights set up by the police to illuminate the street, some protesters stood for portraits. They were asked to choose a single word to describe how they felt on night 17: 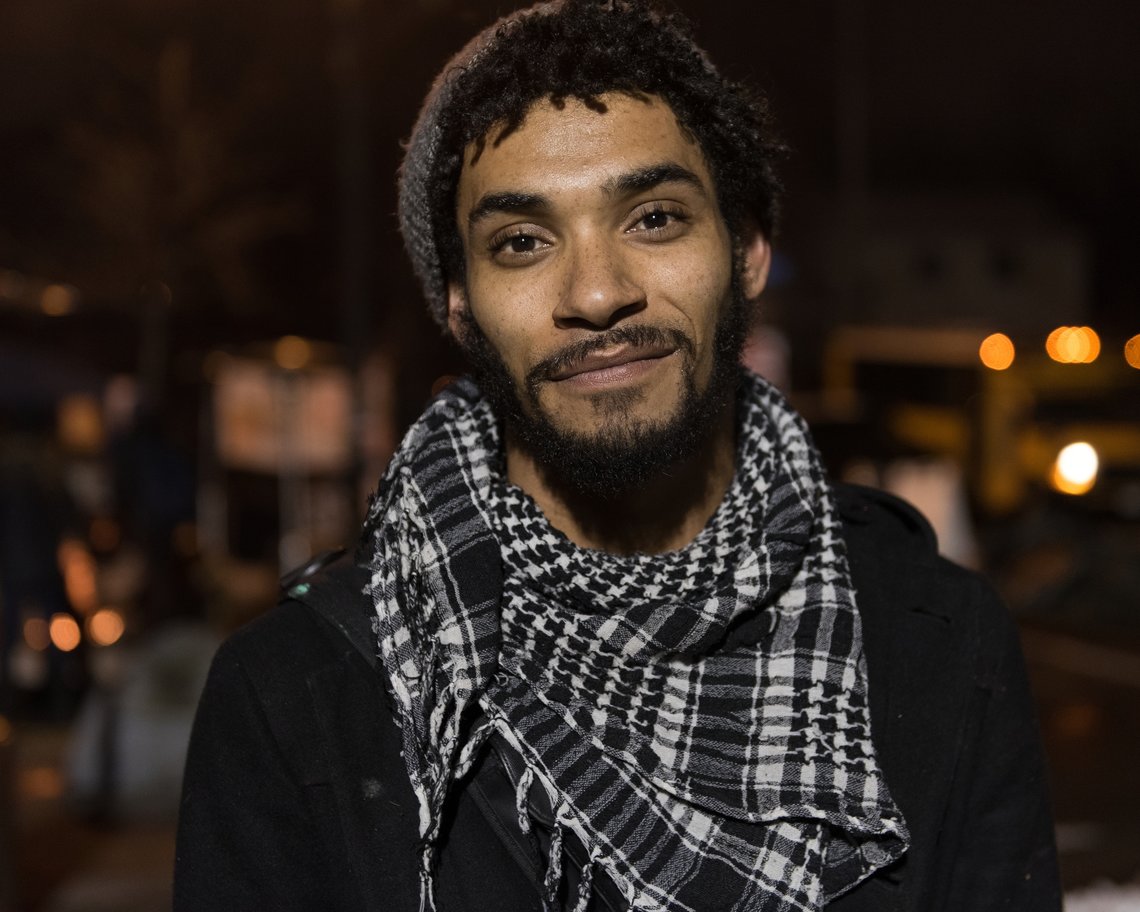 ENDURANCE: Jacob Ladda, 29, a “free agent of freedom,” joined the encampment on the first day. 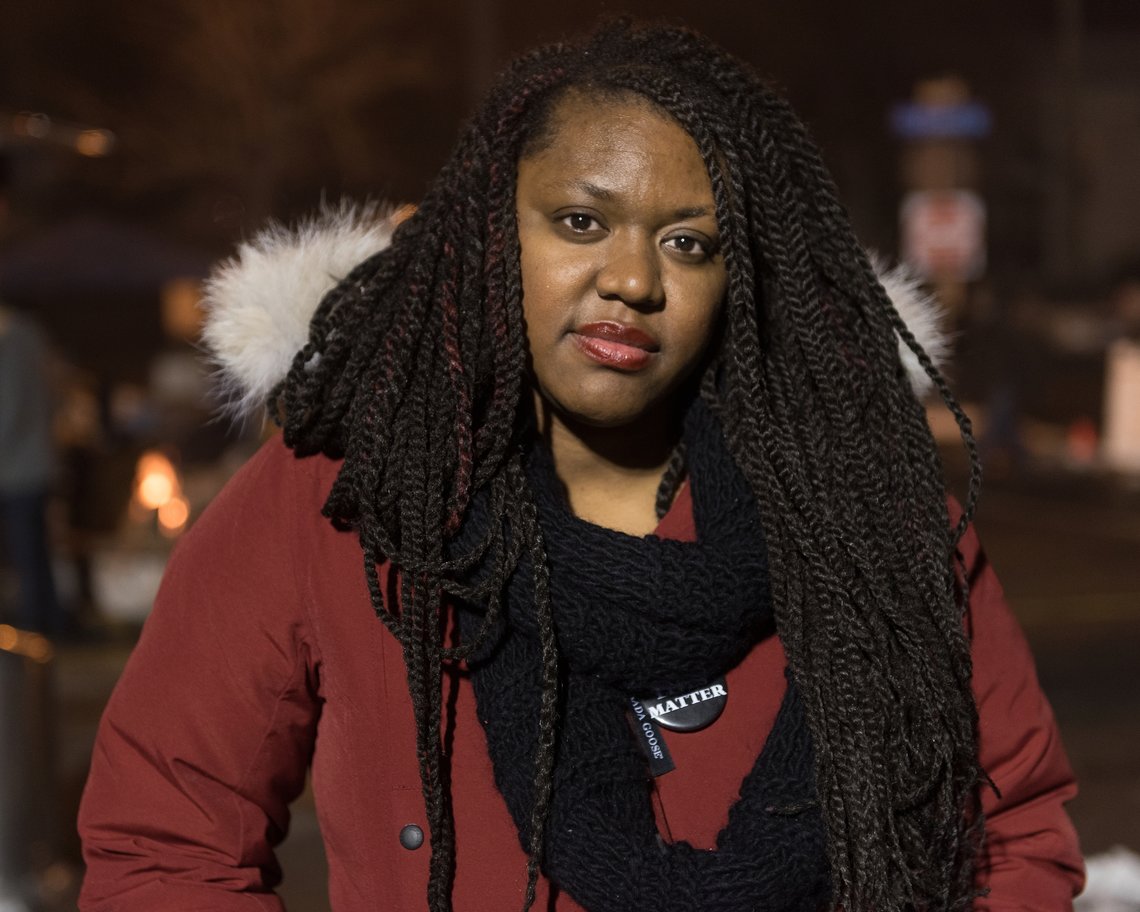 EXHAUSTED: Yolanda Hare, 32, who lives in the neighborhood and is a special-education teacher in a K-8 charter school, had started her day of protest nearly 12 hours earlier, with a 9 a.m. sit-in at City Hall. She says her employer has been flexible and supportive of her activism. 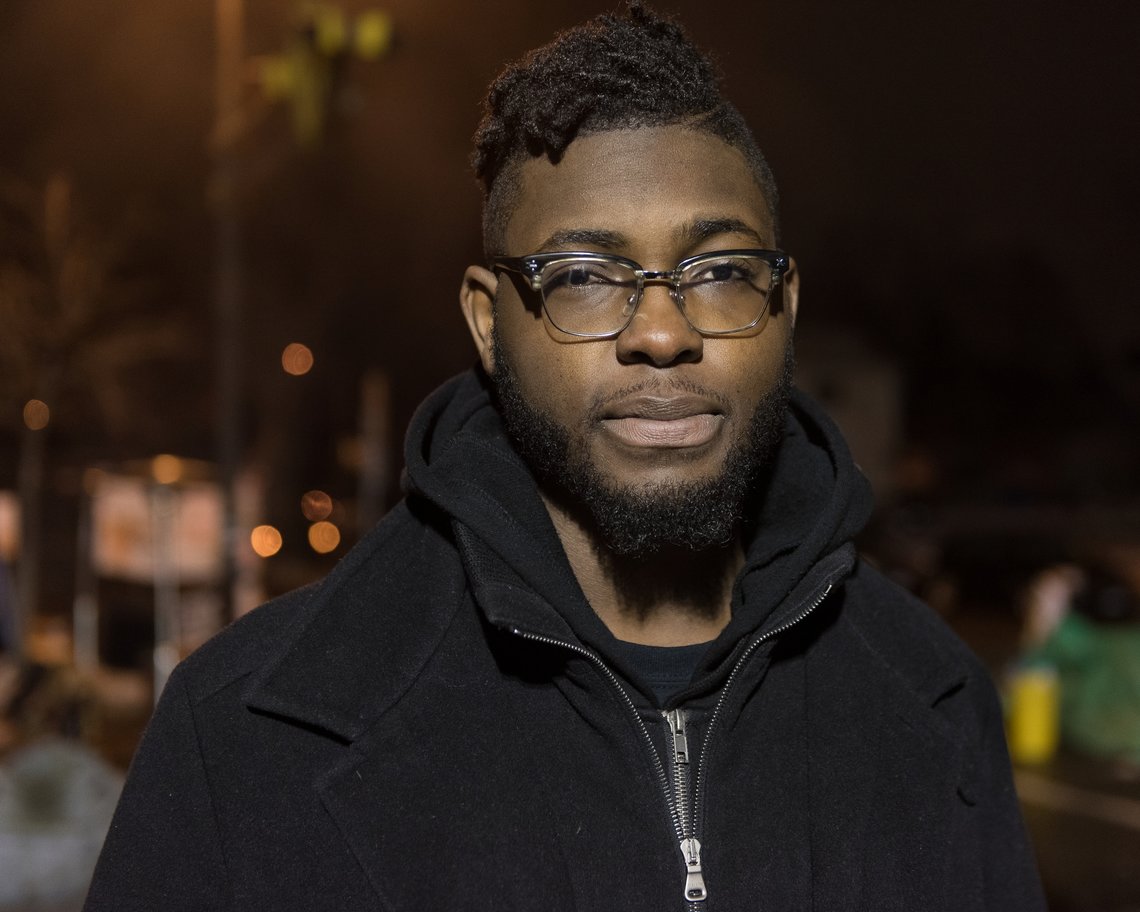 PROGRESS: Michael McDowell, 22, an organizer with Black Lives Matter Minneapolis. He spoke to the crowd: “This occupation is happening because we’re saying we’re tired. The 4th Precinct has been a hub of terror since it existed. It started off as a community center and we want it to get turned back into a community center. Cuz what we have done is, pretty much, we’ve built a community center,” he said. “We have created a sacred space. We’ve taken back a hub of terror and we’ve made it something beautiful.” 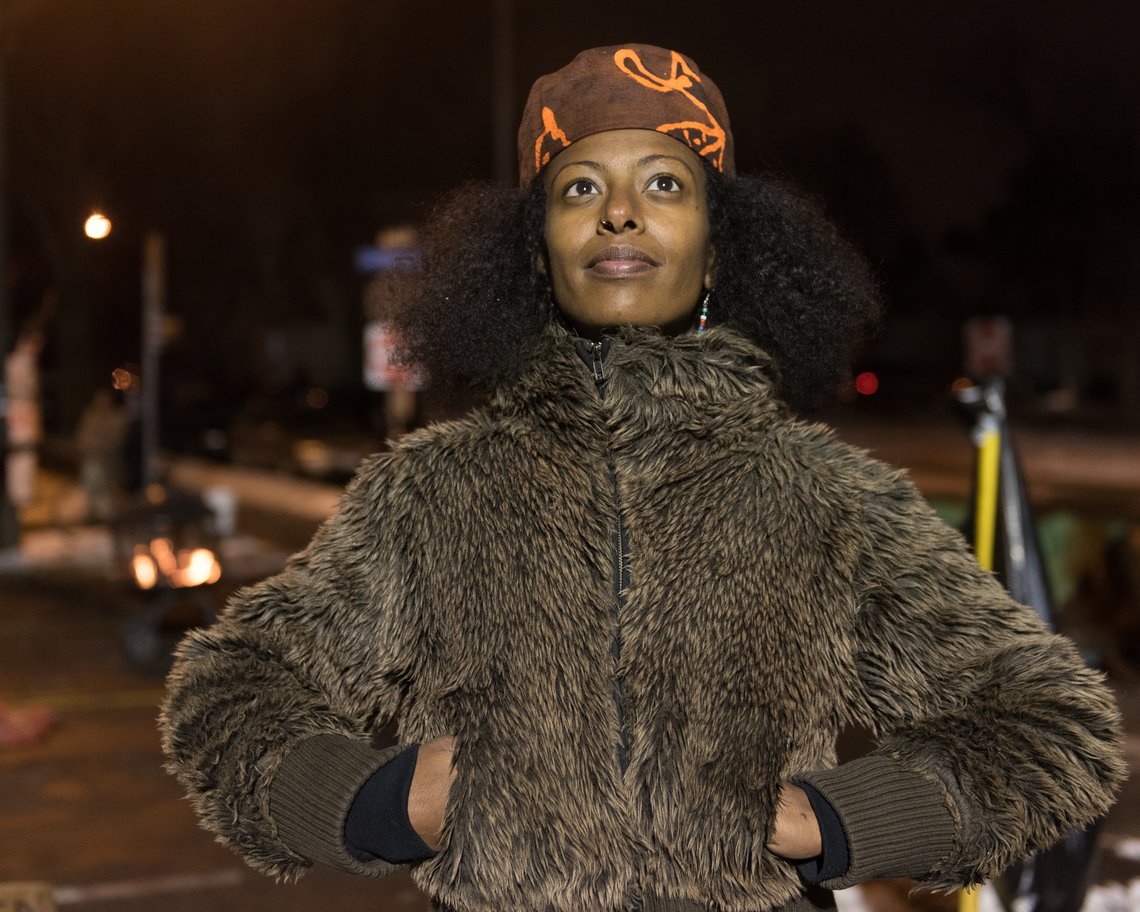 HELPFUL: Jayanthi Kyle is a musician who composed “Hand in Hand,” which she wrote after a Missouri grand jury declined to indict the police officer who shot Michael Brown, and which has become an anthem of the Black Lives Matter protests. On Tuesday she sang it for the gathering. 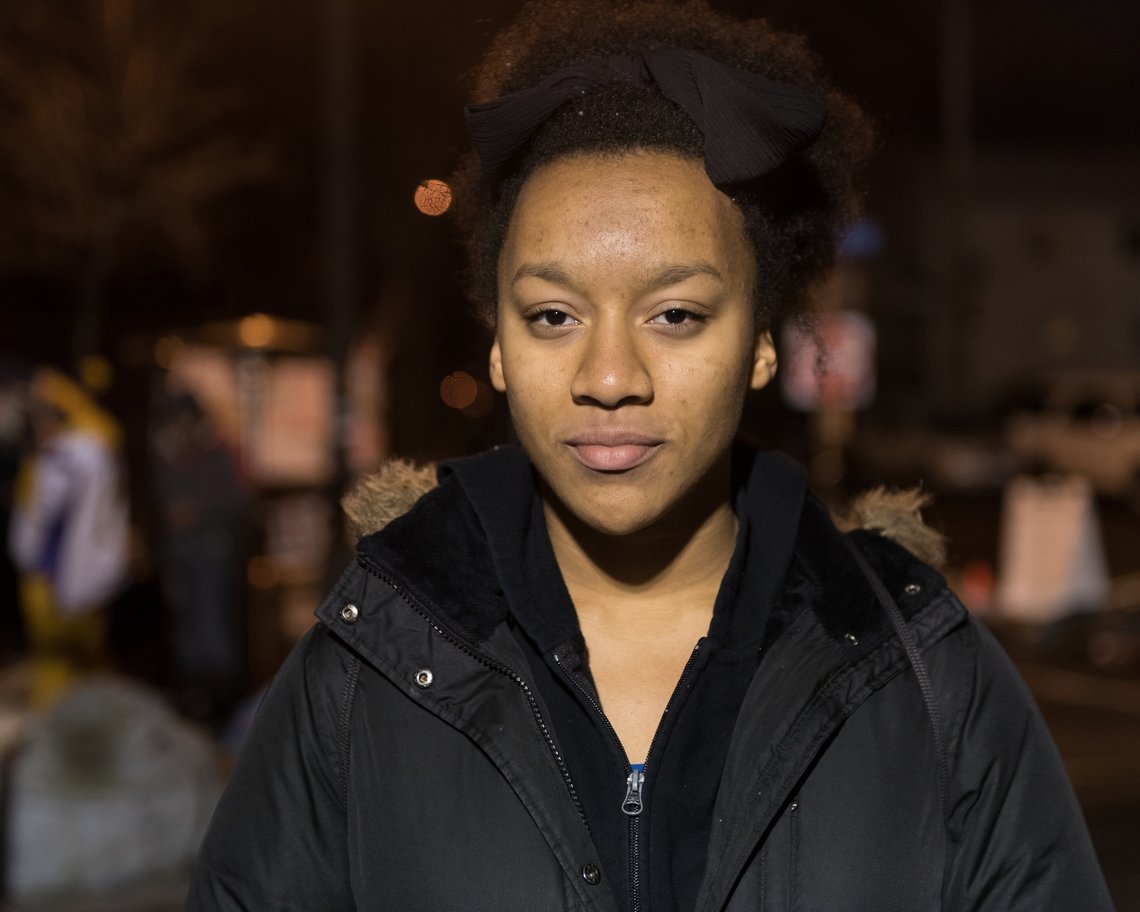 READY: Eemanna Rivers, 17, one of the founders of the Black Student Union at Edina High School in Edina, a suburb of Minneapolis. She is at the encampment whenever she is able, and says she comes to “show solidarity and to keep searching for answers.” 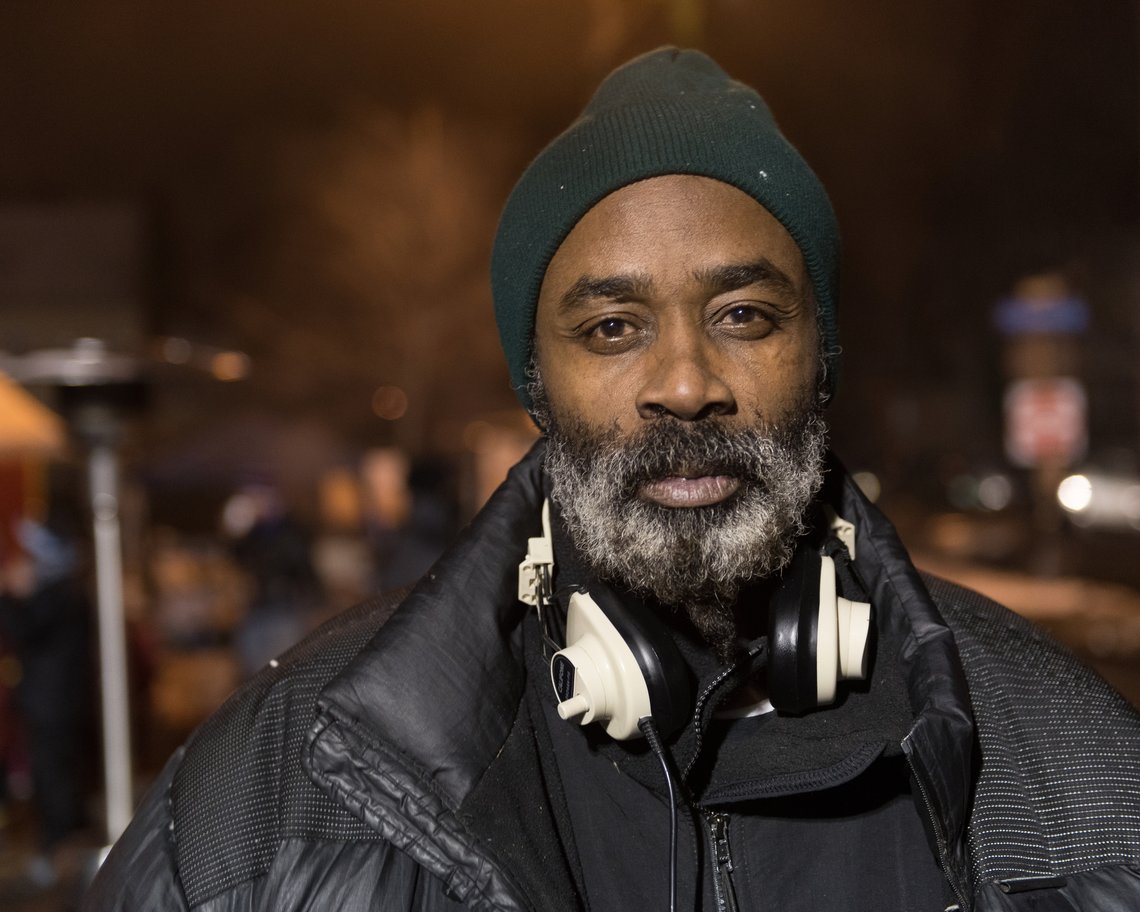 TIRED: Epoch, a former gang leader and father of 15, has lost two sons to violence. “I went into gangs cuz I got tired of getting shot at,” he said. “I stopped being in gangs because I guarantee you it’s the gangs that killed my boys. I wish they’d been around to see me grow into a better man.” 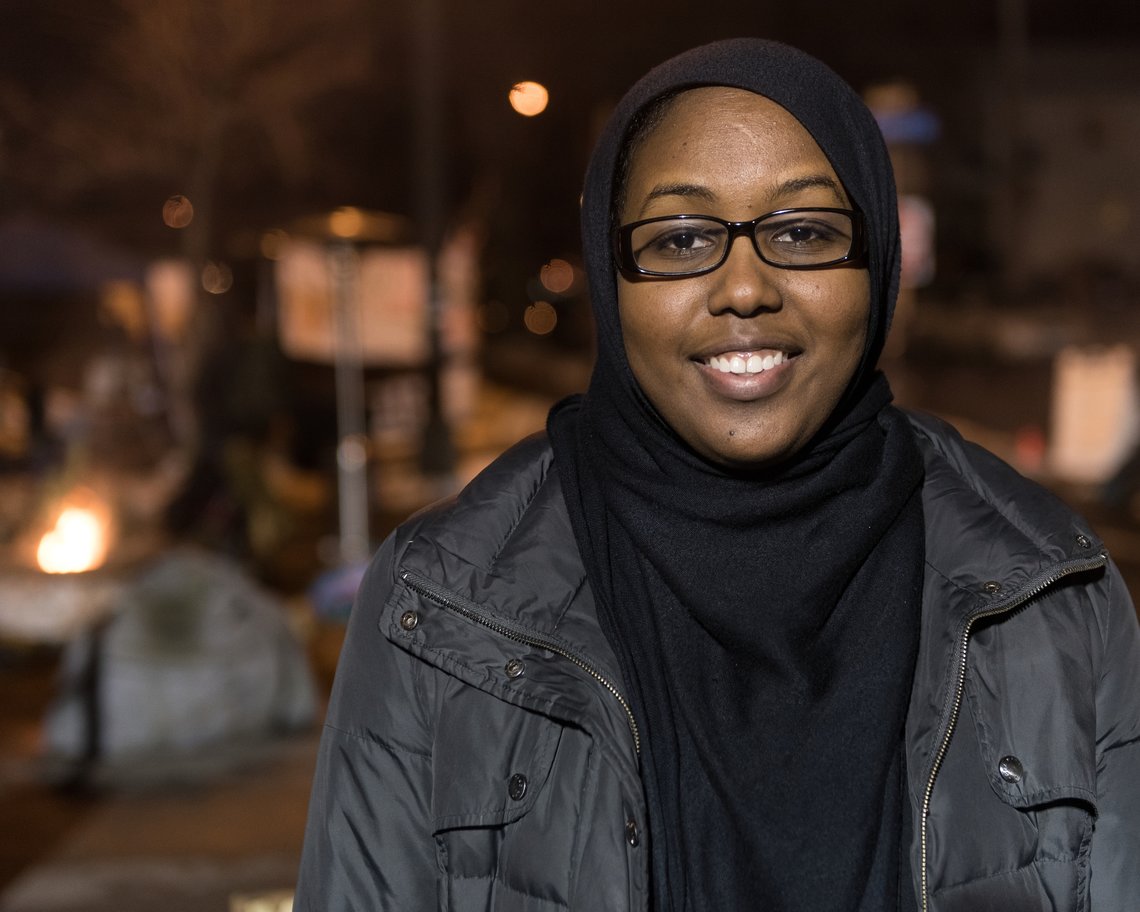 HOPEFUL: Hani Ali, 22, part of the team of Black Lives Matter activists who are helping to manage and maintain the encampment and to “be prepared” if the police come to remove them. 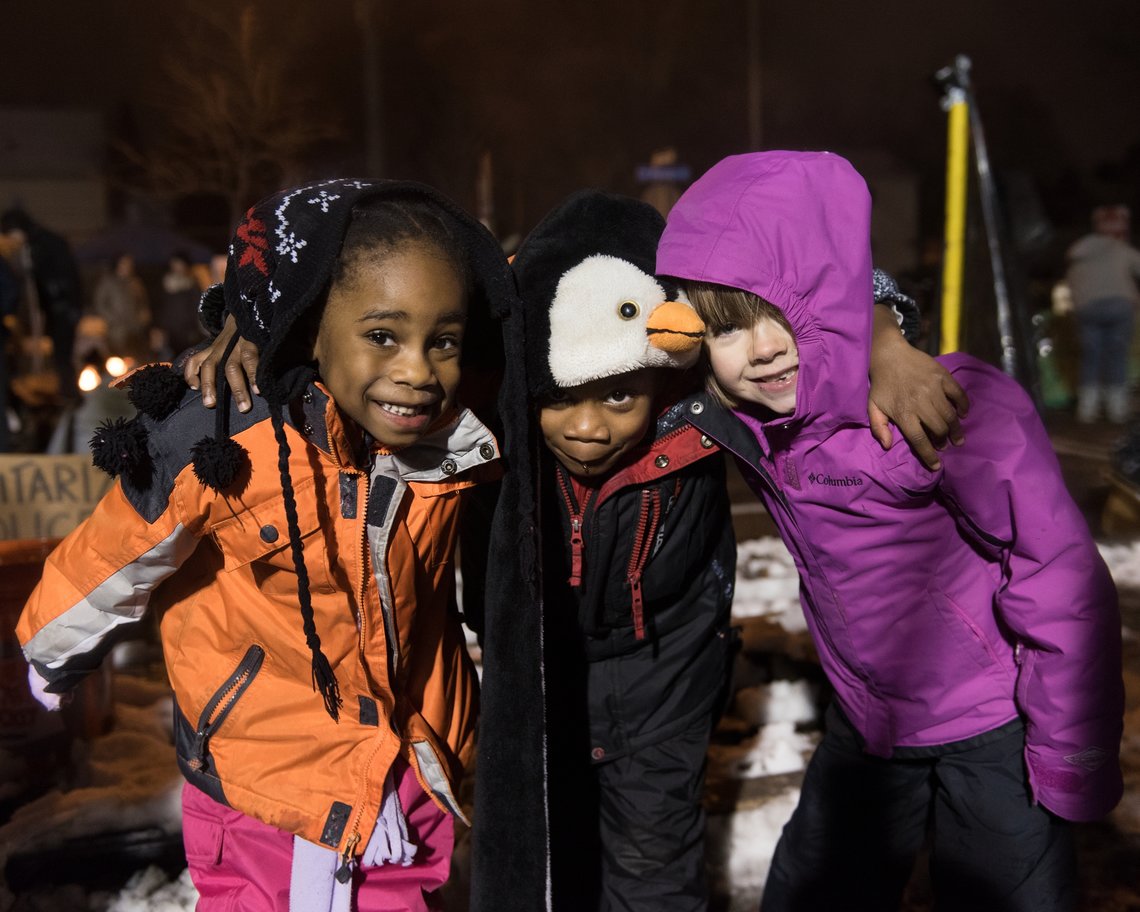 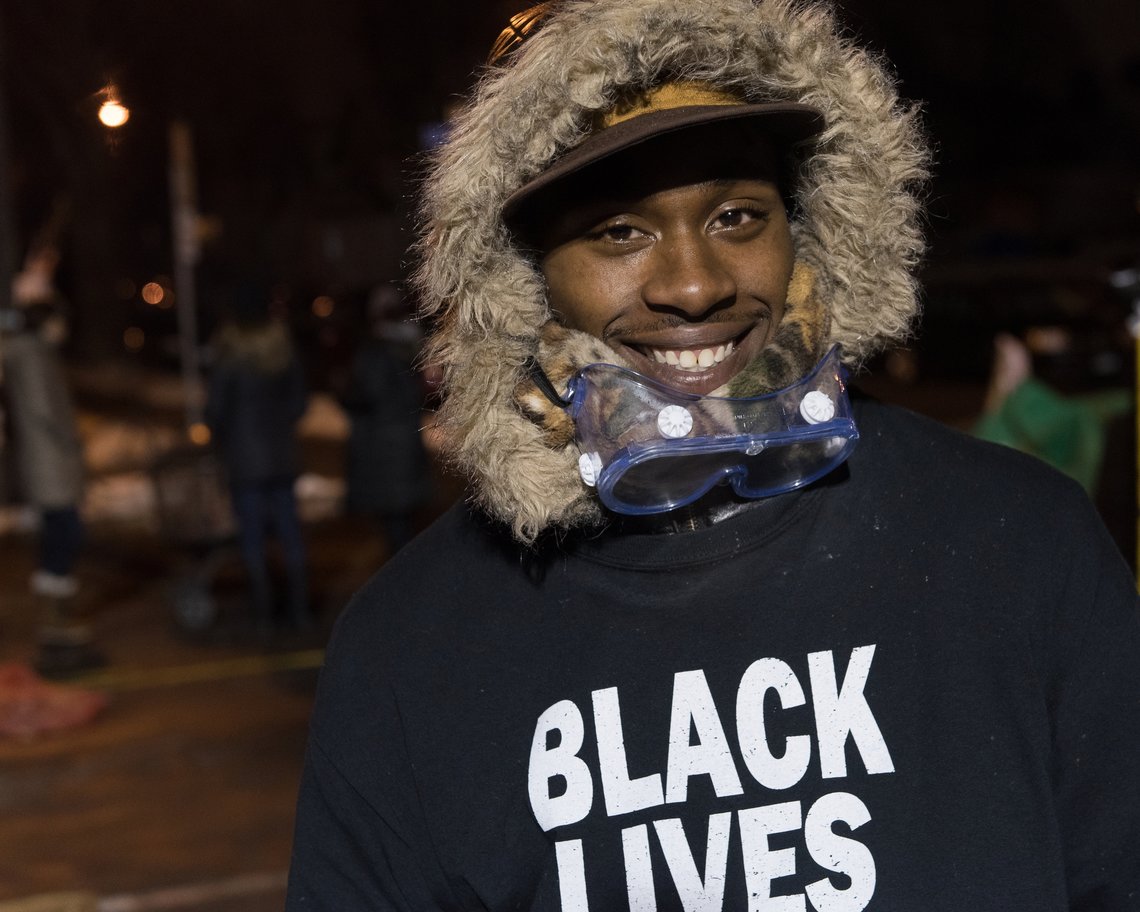 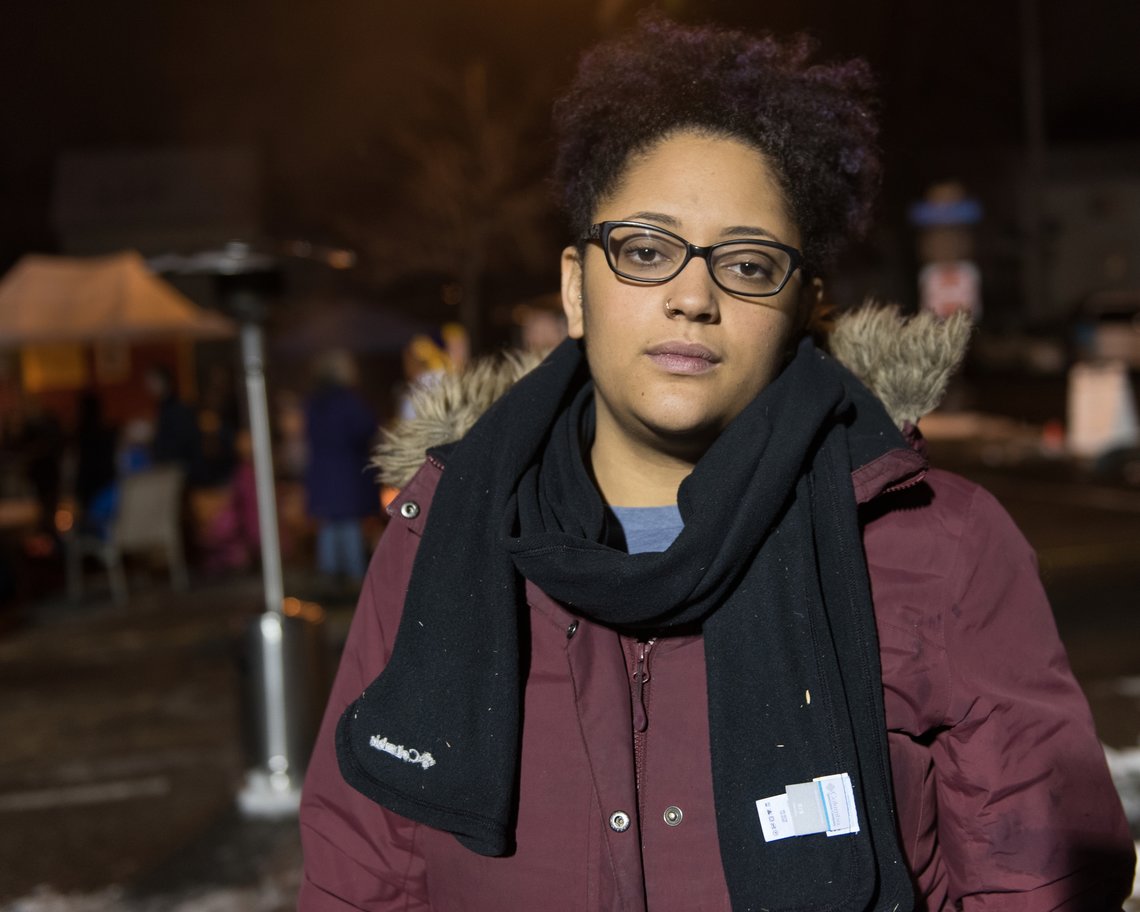 TIRED: Kandace Montgomery, 24, an organizer with Black Lives Matter Minneapolis. She keeps going, she says, by making sure to do something for herself once a day. On this day, she said, it was “20 minutes of my favorite anime and my favorite Thai food.”