How We Counted the Juveniles Sent to Prison for Life

A law practice finds thousands whose sentences could be affected by Miller v. Alabama

In 2012 in Miller v. Alabama, the U.S. Supreme Court held that a juvenile could not receive a mandatory sentence of life without the possibility of parole. Since then, reliable information about how often each state has imposed this sentence has not been published, and no prior report addressed the county of conviction, omitting valuable information about where the sentence is most prevalent. 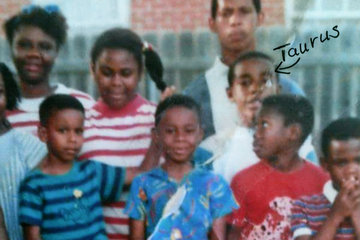 Read our original story about Taurus Buchanan and the the prosecutor who sent him to prison for life.

We asked the corrections departments in every state and in Washington, D.C., as well as the federal Bureau of Prisons, to provide basic information about each person serving juvenile life without parole: name, date of birth, race, gender, date of offense, date of sentence, and state and county of conviction. The Supreme Court has previously relied on state corrections departments for similar information, and research into sentencing policy frequently does the same.

Nonetheless, our results are only as good as the data we received. For that reason, we checked every data point against readily available court decisions and media reports, a significant undertaking for the more than 2,300 people serving such a sentence.

State corrections departments largely complied with our requests. Only Washington, D.C., the federal government, and Virginia did not provide a substantive response. The District of Columbia is widely known to have no prisoners serving juvenile life without parole, and Virginia and the federal government reportedly have about 60 people serving these sentences. Their failure to provide information does not provide a significant limitation for our overall analysis.

The court’s ruling in Miller v. Alabama applies only to juveniles sentenced to mandatory life without parole. Most state corrections departments could not differentiate between sentences that were mandated by law and those imposed at the discretion of a judge or jury. As a result, this data includes everyone serving a mandatory sentence, but not all of the people in the data would be affected by any changes made in the wake of Miller.

A small portion of states did not track one requested data point — the date of offense — but rather provided the date of sentencing, largely reporting people sentenced before their 21st birthdays. We relied on other sources of information to obtain the offense dates. However, these states may have underreported the total number, because a person could have committed an offense before the age of 18 and been sentenced after 21. This likelihood is low, but represents a limitation of our data.

The most significant hurdle surprisingly has nothing to do with the states’ corrections departments. Rather, juvenile life without parole is undergoing a rapid change. California and Florida, for example, are two states that have been outliers in their frequent use of the sentence, and they have recently enacted sweeping changes, likely giving every person there an opportunity for resentencing. Likewise, South Carolina reported having 37 people serving juvenile life without parole, but the state Supreme Court recently held that each of those inmates would be entitled to a new sentencing hearing.

These changes will dramatically affect the scope and frequency of juvenile life without parole. As a result, our analysis simply provides a picture at a moment in time, as states began to address the implications of Miller v. Alabama for thousands of people in their prisons.