That’s not happening. Instead, why not make it a model?

After my partner Graham was released from Rikers Island, where he served four months for drug possession, I asked him if he would rather have done his time at the Brooklyn House of Detention, near the neighborhood where he’s lived for 25 years.

“No way,” he told me. “At Rikers you have a lot more freedom of movement. You walk to the kitchen, you’ve got access to a yard, you can watch planes taking off from LaGuardia and still feel connected to the rest of the world. And you live in dorms — not cells — so you don’t feel like you’re locked in a cage.”

Since I’d supported the reopening of the Brooklyn jail, which many of its neighbors opposed, I was surprised by Graham’s answer. But it turns out he’s not the only former Rikers inmate who shares this view.

At a conference about incarceration at The New School in April, two other men who’d done time at Rikers expressed skepticism about calls to close it. Like Graham, both men emphasized a more urgent priority: shifting the focus at Rikers to real rehabilitation, a purpose for which the island’s location and size could be ideal.

“I hope they use the space — ‘cause it’s huge — to set up a model prison,” said Barry Brodsky, who spent almost a year at Rikers before serving 10 years upstate. He also passed through the Brooklyn House of Detention, which he described as particularly grim. “There’s no space to move around — you’re in your cell and you come out for meals. Rikers is not good, but it beats the local houses of detention.” 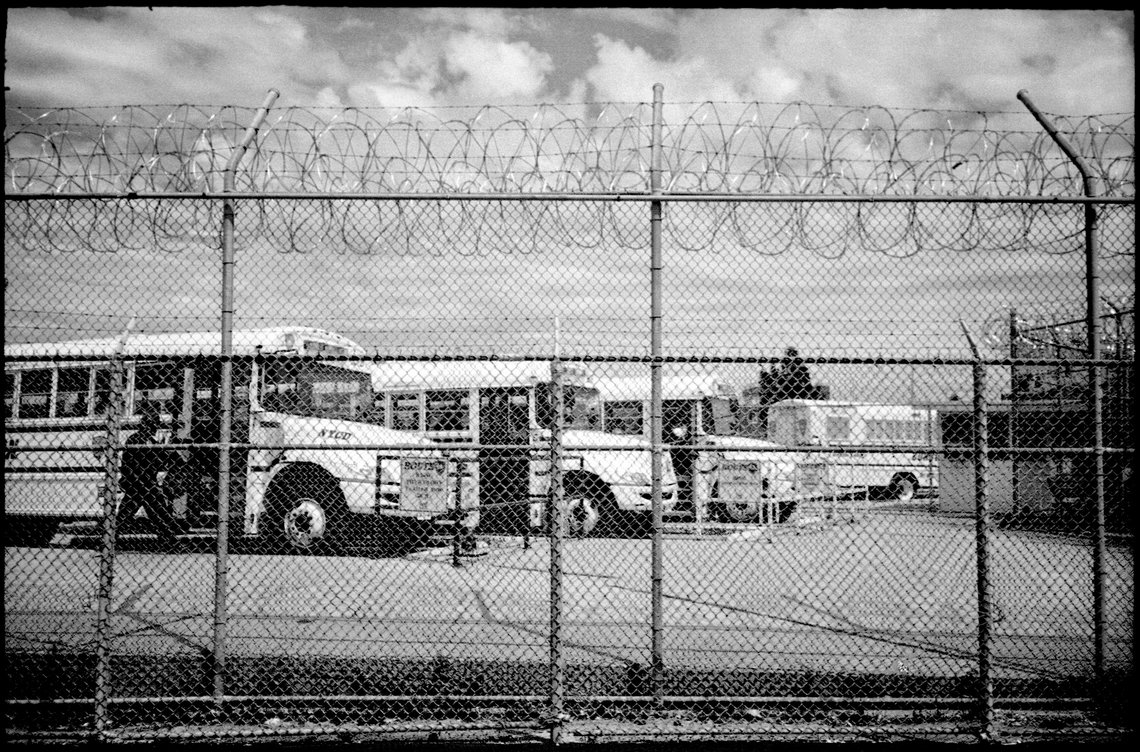 These buses transport inmates to and from Rikers Island.

While the number of inmates at Rikers could and should be reduced — by diverting low-level offenders to community programs, adjudicating cases more quickly and helping people who can’t afford bail — many of its problems have nothing to do with its location. (In fact, Rikers is probably closer to a transit hub than new borough jails would ever be). Given the many financial and political obstacles to closing it, the city should focus on reforms that bring more immediate benefits to inmates and their families, like services to address the reasons why people end up in jail in the first place.

Graham’s case is a prime example of the missed opportunities at Rikers. Addicted to heroin and crack, he cycled through the criminal justice system for more than three years before finally being convicted in 2010. We had broken up and lost touch by then, so I only found out that he was at Rikers the day he was supposed to be released. Instead, he was picked up by agents from Immigration and Customs Enforcement and ordered deported back to Scotland. Even though he has a green card and has lived in the U.S. legally for 25 years, a misdemeanor conviction can lead to permanent exile.

That plunged him into a whole new nightmare — fighting his deportation case — but one with a silver lining for Graham. About a month after he got transferred to York County Prison in Pennsylvania, he managed to get into a rehab program meant for county inmates, not immigrant detainees, and that program is one of the main reasons he’s still clean today.

Called The Freedom Program, it was a four-month, cognitive behavioral program with individual and group therapy and reading and writing exercises seven days a week. Participants lived in a separate dorm and many of the groups were peer-led, with two counselors facilitating treatment — one of them a former heroin addict who started the program in 1992.

Clair Doll, the deputy warden for treatment at the prison, said the cost to run the program was “minimal” — basically, printing the recovery workbook participants are given. While the program’s success can be tough to measure, Doll said it has helped decrease recidivism, based on the number of people who return to prison within three years. 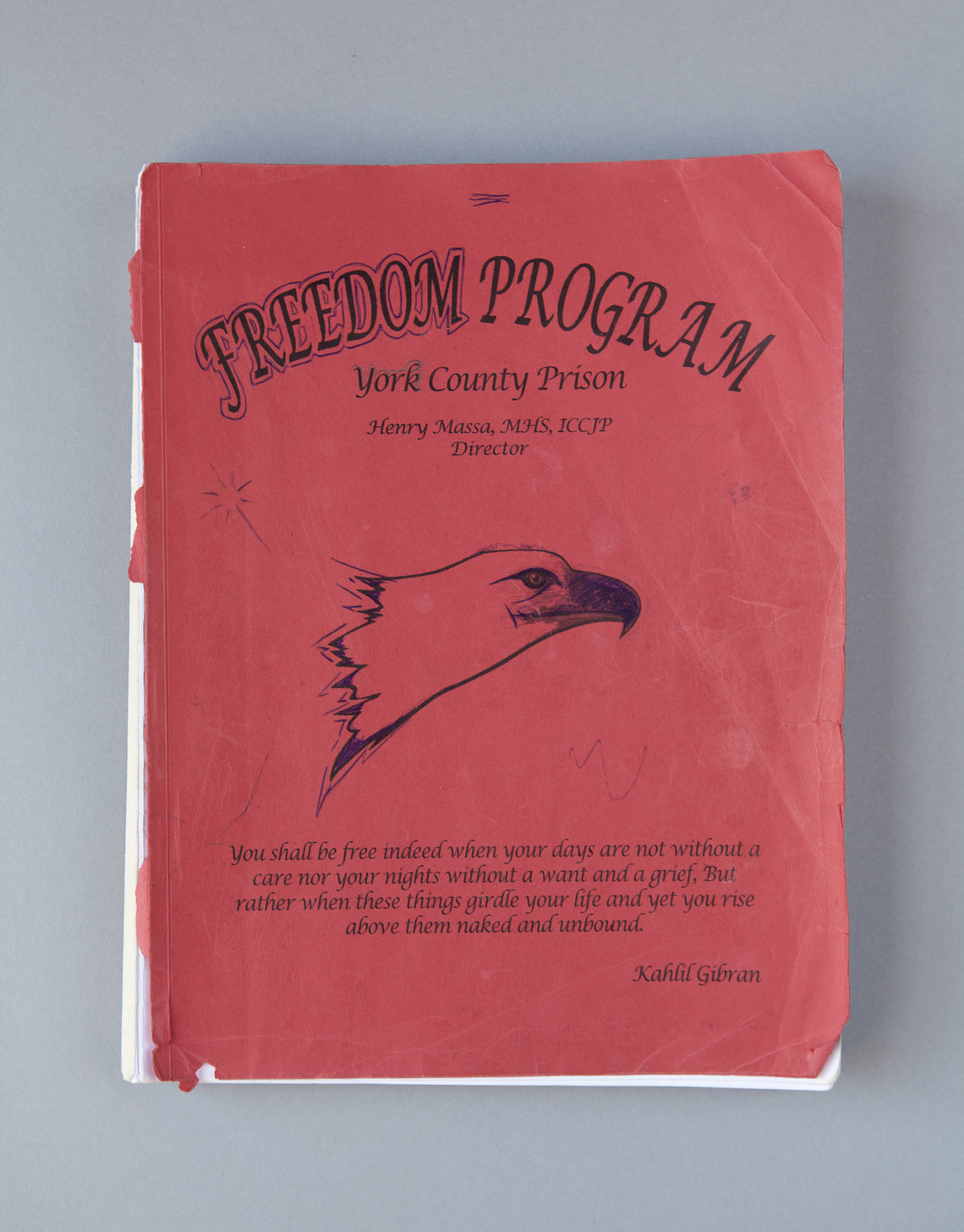 A workbook for the Freedom Program, a four-month dorm-based rehab offered at York County Prison in Pennsylvania.

“Some people come into the program not really because they want to but because a judge says they have to,” Doll said. “As they start working the program, they get insight into their addiction and start to have real change. They may have tried to quit 5, 10, 15 or 20 times and for whatever reason things didn’t work. Sometimes prison is rock bottom and it’s a catalyst for change.”

For Graham that was certainly the case. He had some advantages that made his re-entry easier, like support from me and his family and friends, and a photography career he was able to resurrect. Still, it’s no small achievement that he’s been clean for more than six years; if he’d been released straight from Rikers, he thinks there’s “a good chance” he would’ve relapsed.

So why wasn’t he offered any type of rehab while he was at Rikers?

It turns out there used to be a dorm-based addiction program on the island, called the Substance Abuse Intervention Division (or SAID). Dave Mallach, who ran it back in the early 1990s, said that because it was open to detainees awaiting trial — not just sentenced inmates — the average length of stay was only 45 days, so it had less of a therapeutic impact than a longer program might have.

“Hence the ‘I’ for intervention in SAID,” he told me. “The goal was to identify inmates who were good candidates for long-term treatment and find them a bed at a facility in the community.”

At one point, SAID had 200 counselors working with more than 2,000 inmates—actually saving money, Mallach said, since counselors earned less than corrections officers. “But the real value of the program was it eliminated violence in our units because the inmates were in group meetings 12 hours a day.”

The SAID initiative was shut down during Michael Bloomberg’s mayoral administration, along with a lot of other programming—a mistake reformers should move to correct. Clearly, it would be preferable if there were more affordable, effective rehab options outside of the criminal justice system, but for now, jails and prisons are where many drug addicts land.

Those facilities may be a last resort in terms of places to treat them, and there is still a crying need for better services once they’re released. But for Graham, after many failed attempts to get clean, a prison rehab program probably saved his life.

Susan Stellin is a reporter and co­author of the memoir Chancers, written with Graham MacIndoe, a photographer and adjunct professor at Parsons The New School.