Poor on a Native American Reservation? Good Luck Getting a Lawyer.

A judge takes a hard look at tribal justice.

The Justice Center for the People is a short walk north from the Pine Ridge Indian Reservation’s southern border with Nebraska. The imposing complex, which was finished last year, stands in stark contrast to the wind-swept prairie that surrounds it. The building and the laws enforced here are designed to blend American and Lakota judicial customs.

Oglala Sioux Tribal Court is where descendants of Crazy Horse’s Oglala band of the Lakota come for justice.

But in criminal cases in this South Dakota reservation, located in one of the poorest counties in America, people must pay for their own defense. It is nearly impossible to say what percentage of criminal defendants here receive no legal assistance, since these records are not digitized. But an afternoon at arraignments will give you a pretty clear idea: most.

Native Americans who live on more than 300 federal reservations are afforded rights outlined in the Indian Civil Rights Act of 1968, but the scope of indigent representation is left for tribes to determine. When funding is limited, as is often the case on reservations nationwide, public defense regularly gets cut.

I worked as a self-employed legal advocate for people accused of crimes in Oglala Sioux Tribal Court for eight months last year and saw firsthand how great the need is for public defenders.

In October, I met a girl I’ll call Angie at the jail across the parking lot from the courthouse. I was there to talk to her by chance, because I believed she had information about a witness in one of my other cases. I quickly learned that Angie had been incarcerated nine days before I met her. The tribe had accused her of dealing marijuana at her high school, for possessing eight joints, and for selling one of those joints to a minor.

Angie told me that she had bought, not sold, marijuana that day. She should have been charged only with possession. She had pleaded not guilty at her arraignment, during which she had no representation. But because of the severity of her alleged crime — selling drugs to a minor — her bond was set at $250. Unable to pay, Angie was expected to sit in jail for the full two months until her next scheduled court appearance.

Administrators at Angie’s school were familiar with the incident. The witnesses all corroborated Angie’s version of the events; they even provided me with video surveillance of the drug exchange. But they said it was too late to get her back in school, where a student is automatically dropped after ten consecutive no-show days. School administrators said Angie would have to re-enroll next semester.

I brought this information to the tribe’s attorney general, a licensed attorney who supervises a team of lay prosecutors, and she acted swiftly and compassionately, re-arraigning Angie that afternoon and petitioning the court to have the bond lifted. And, after we lobbied them, Angie’s high school let her back in.

In a tribal justice system that handles upwards of 5,000 new criminal cases a year, Angie’s situation is far from unique. The vast majority of defendants in this court not only lack counsel at arraignments, but many — especially those who cannot pay bond — do not have representation when they meet the prosecutor at their pre-trial meeting, when plea deals are offered.

Shortly after the resolution of Angie's case, I was appointed by the Tribal Council, the governing body of this sovereign Native nation, to serve as the judge in Oglala Youth and Family Court. Since then I've overseen all legal proceedings directly involving minors on Pine Ridge, a reservation nearly the size of Connecticut and home to some 40,000 people. I hear custody and child support disputes, guardianship and adoption petitions, involuntary commitments of minors, child abuse and neglect proceedings, and the entire juvenile criminal docket. 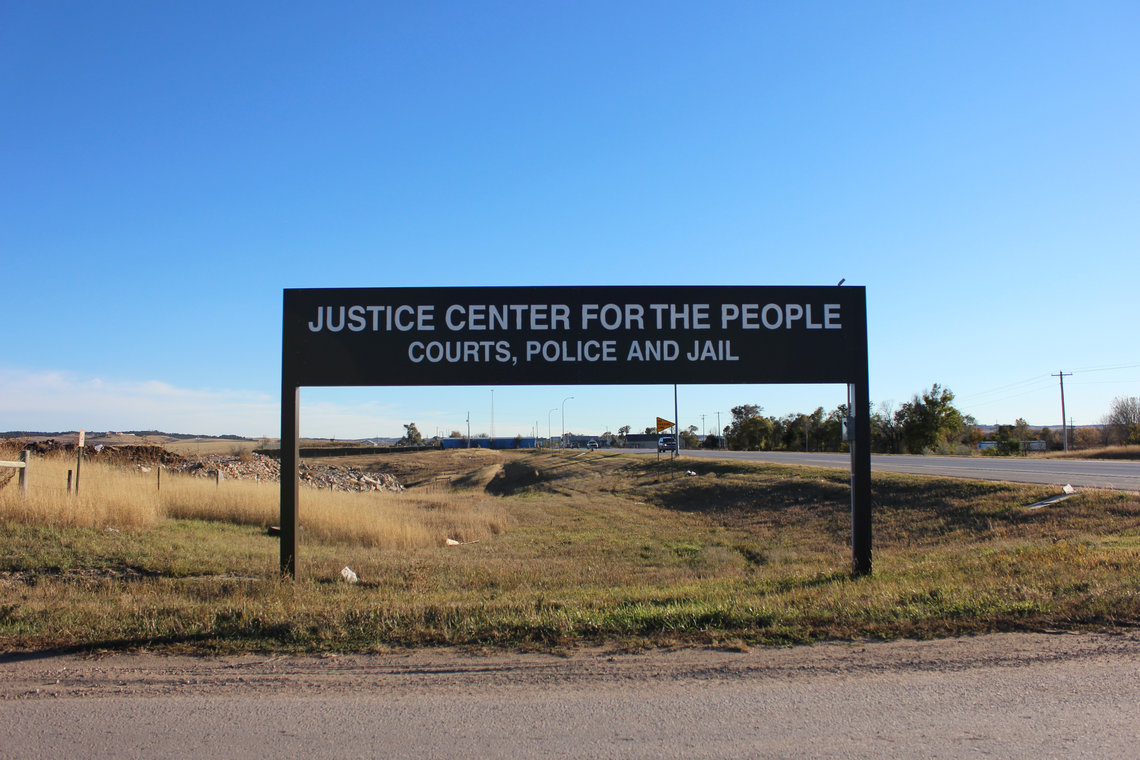 While we have made promising reforms to what used to be an excessively punitive and largely ineffective juvenile criminal justice system, nonexistent or inadequate legal assistance remains typical in the cases that come before me. And even though I do not permit minors to appear in court without a parent or guardian, the presence of an adult guardian does not guarantee a minor's understanding of the legal proceedings taking place.

In any justice system in this country, prosecutorial power can act as the gas pedal driving the search for justice forward. But equally important, and too often marginalized by inferior budgetary allocations, is the brake pedal — the high quality and unflinching public defenders who prevent the search for justice from careening out of control at the expense of some of our most vulnerable neighbors. People like Angie.

The situation on Pine Ridge is clear. With no institutionalized defense presence, a judge or jury in our adversarial system cannot be expected to consistently arrive at proper conclusions of law with a vehicle that operates in such a profoundly imbalanced way.

The people of the Oglala Lakota Nation deserve better.

Pine Ridge used to have a public defender, funded by the Department of Justice’s Tribal Courts Assistance Program. The grant ran out in 2009, and the tribe was only able to fund the program for one additional year. Pine Ridge desperately needs a properly staffed and funded public defender’s office.

South Dakota’s representatives in Congress must press the Bureau of Indian Affairs and the Department of Justice to provide assistance. Last fall Senator John Thune and Rep. Kristi Noem toured Pine Ridge in an effort to address the high rates of suicide and substance abuse on tribal lands.

For Senator Thune, the solution lies in increased law enforcement. But his tough-on-crime rhetoric is unrealistic and dated, especially in a time when politicians from both parties agree that mass incarceration has been a costly, racialized experiment that has only further weakened the fabric of communities throughout this country. In a tribal system with no substantial safety net and no public defender, upping the number of arrests will only increase the odds that the very citizens Thune is trying to protect will end up derailed by wrongful convictions.

In rural parts of this country, accessing legal services of any kind is increasingly difficult. If you are poor, it is nearly impossible. Our national discourse on criminal justice reform focuses primarily on major urban centers, where vivid socio-economic disparities like those found between Park Avenue in Manhattan and Park Avenue in the Bronx make the conversation about change obvious and pressing. But justice in less populous spaces, and Indian Country in particular, too often is treated as an afterthought.

If Thune and Noem are serious about addressing inequity on Pine Ridge, they should use their clout to guarantee that their tribal constituents are permanently afforded the resources needed to ensure the same due process as all Americans.

Dominique Alan Fenton is the Youth and Family Court judge in Oglala Sioux Tribal Court. Prior to his appointment, Judge Fenton worked as a legal advocate in Tribal Court and as a court-appointed defense investigator in federal criminal cases on Indian reservations throughout the Dakotas, Wyoming, and Montana. He first came to Pine Ridge to teach high school English, after having spent several years at The Bronx Defenders.