Ban the Other Box

Getting suspended or expelled should not be the end of hope.

The story is familiar: a high school student grabs another student’s iPhone at lunch and tries to sell it. He is caught, arrested, and booked into juvenile hall. He is also suspended. If universities and colleges follow the recent recommendation of the Obama administration, colleges will not consider the student’s criminal record in the initial stages of the admissions process. These recommendations, contained in a recently released “Dear Colleague” letter by Education Secretary John B. King, represent a significant step in removing barriers to education for people with criminal records. And just this week, over a dozen colleges and universities signed on to the White House’s Fair Chance Higher Education Pledge. 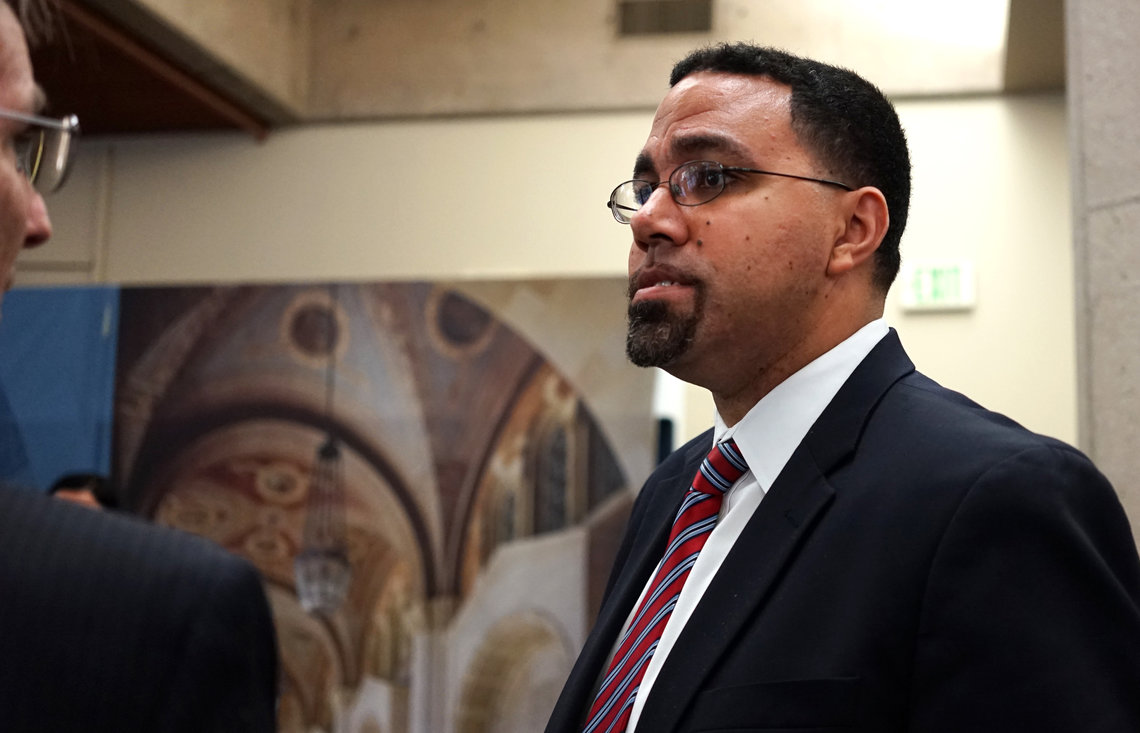 Department of Education Secretary John B. King, pictured here at the University of California in May, called the elimination by many schools of a question about students’ criminal records “an important step forward.”

Unfortunately, the letter and the pledge are silent about another common question on college applications: Have you ever been suspended or expelled from school? For the teenager who stole the phone, this means that while his criminal record may not ruin his chance to be admitted to college, his school disciplinary record just might.

According to a study released last year by the Center for Community Alternatives, roughly 75 percent of colleges and universities collect high school discipline information and almost 90 percent of those use the information in admission decisions. The Common Application, used by 600 colleges and universities, specifically asks applicants if they have “ever been found responsible for a disciplinary violation” at school. School discipline records are not automatically expunged and, according to the study, 50 percent of high schools provide colleges with these records.

The Obama administration’s commitment to giving people with criminal records a second chance should be extended to students with school disciplinary records. Students’ mistakes in middle or high school should not cast a shadow over their future or prevent them from attending college. Indeed, most states limit public access to juvenile court records for precisely this reason: we share a collective belief in giving young people a fresh start when they become adults.

School discipline should play no role in college admission decisions for several reasons.

First, these records have no predictive value. There is no evidence that criminal background checks reduce crime on college campuses. Everything we know about neuroscience and adolescent risk-taking establishes that children don’t think like adults, or have the same ability to control impulsive behavior, and that children grow out of problematic behavior.

Second, research clearly shows that black and Latino students are more often, and more harshly, punished in school compared to their white counterparts who engage in the same behavior. This means that because of bias, over-policing and profiling, black and Latino college applicants are at a greater disadvantage than other applicants.

Third, school discipline records, like criminal records, are often inaccurate, misleading or both. Talking back to a teacher may be labeled as “defiance,” grabbing a cell phone at lunch may be classified as a robbery, and a schoolyard fight where a rock is thrown can be an assault with a deadly weapon. Students facing suspension or expulsion rarely have a lawyer and are afforded minimal due process protections to challenge the allegations in the first place. In contrast to the criminal justice system, where there are some very limited opportunities for expungement or certificates of rehabilitation, there is rarely such an option for school records. The result: school discipline records that may be unreliable and misleading are a barrier to college admission.

Shouldn’t colleges be aware of serious crimes, like rape or murder? There may be strong policy reasons for schools to consider very serious criminal convictions in limited circumstances. The Department of Education letter would not eliminate the use of criminal records in all cases. But the report rightly takes the position that even serious convictions, on their own, should not bar someone from higher education for all time. Even very serious misconduct by young adults does not portend adult criminal behavior. And applicants with criminal records have completed the punishment a judge (or school) deemed appropriate. There’s no need to continue punishing them.

In any event, the logic of looking past a criminal history applies even more strongly to school disciplinary records, which do not depend on findings of a court, where the school’s burden of proof is lower, and where due process protections are nearly nonexistent.

In the “Dear Colleague” letter, King emphasizes the “chilling effect” of asking college applicants about criminal records. The same chilling effect occurs with school discipline records. The message that box sends is: there is no outgrowing your childhood mistakes.

Kate Weisburd is a clinical instructor and director of the Youth Defender Clinic at the East Bay Community Law Center, which is affiliated with University of California, Berkeley, School of Law.