What do we owe an immigrant wrongfully imprisoned for 27 years?

Jules Letemps thought he would be celebrating. On October 14, 2016, he was exonerated of the 1989 rape of a woman in Orlando, Florida, after serving 27 years in prison. Letemps, now 53, had dreamed of this day: of seeing the ocean, attending Baptist church with his mother, and reconnecting with his extended family and three children. Most importantly, he could finally prove that he was innocent.

But Letemps is not a U.S. citizen. And instead of being freed, he was transferred to immigration detention because of a 30-year-old drug conviction. He now resides at the Glades County Detention Center, a rural Florida facility, facing deportation to Haiti, a country he left when he was 17 years old.

As a new president mobilizes the machinery of immigration enforcement to purge America of “criminal aliens,” the case of Jules Letemps is a stark reminder of how unforgiving the system was already, even before the arrival of Donald J. Trump.

Letemps came to Florida in 1981 on “humanitarian parole,” a temporary status granted to those fleeing their country for urgent humanitarian reasons. He had fled Haiti on a boat with his father and sister, among thousands of Haitians who emigrated due to political unrest and economic turmoil. Immigration officials revoked his parole after he was convicted of the rape, and planned to try and deport him after he served his sentence. Cleared of the sexual assault, Letemps thought his problems were over. 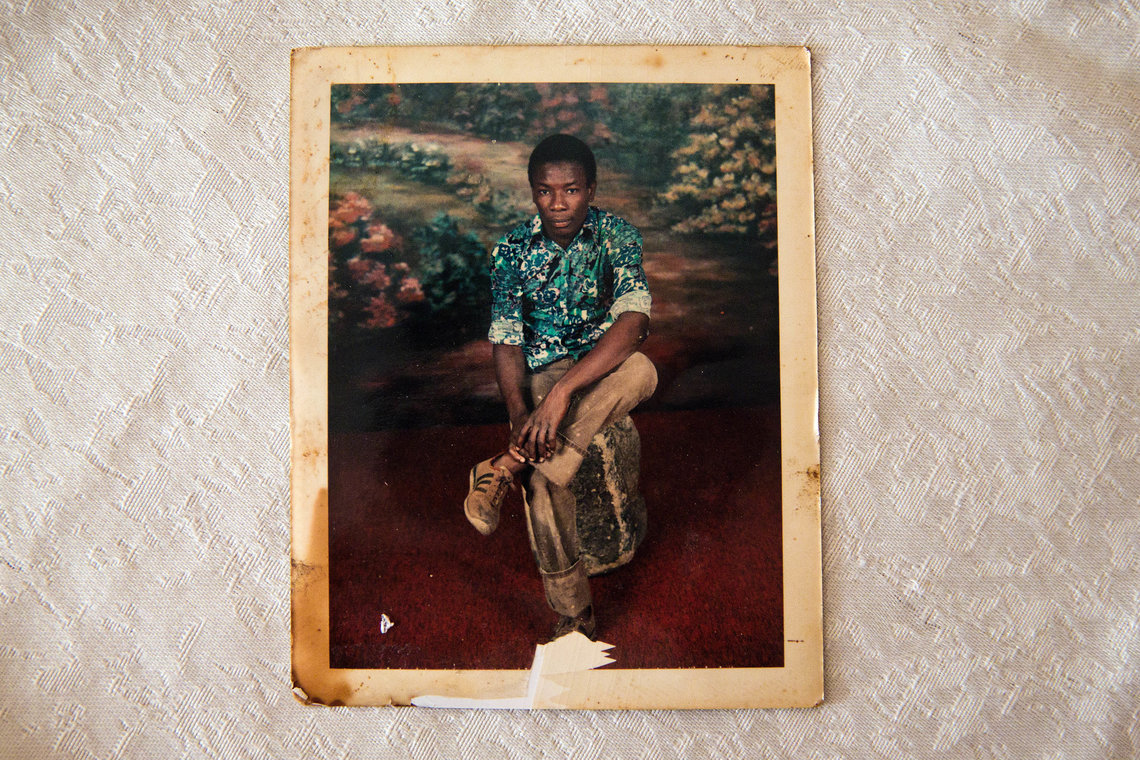 A photograph of a younger Jules Letemps.

But there is no statute of limitations in immigration law. Immigrants can be deported for criminal convictions no matter how long ago they occurred or how meritorious a life they have led since. A Marshall Project analysis found that roughly 20 percent of those deported for non-immigration offenses had committed their crimes over a decade ago.

“Mr. Letemps is an ICE priority due to his conviction on a felony cocaine distribution charge,” said Tammy Spicer, spokesperson for Immigration and Customs Enforcement, in an email. Spicer noted that ICE makes decisions about who to detain and place in removal proceedings based on factors including “current immigration status, criminal history,... and other humanitarian or medical conditions.”

While the Obama administration was far from lenient towards immigrants with any criminal record, President Trump has promised to be even more severe. In his first week in office, Trump signed an executive order that makes deporting “removable aliens” — including those charged with any criminal conviction — a top priority.

Letemps’ lawyer John Pratt offers two arguments. One is that sending the man back to Haiti would be an act of cruelty amounting to torture. It is common practice in Haiti to detain criminal deportees upon their arrival in cramped, unsanitary jails. In 2011, a Haitian man died in one such cell from cholera-like symptoms, days after he was deported from Florida. These conditions could be especially threatening for Letemps as he has already had two heart surgeries and high blood pressure.

“If Jules goes to Haiti, I’m going to lose him,” said his mother, Pierrecina Aurelus, who is now a U.S. citizen. “What is he going to do? He’s going to die.” But Letemps’ lawyers note that several Haitians in removal proceedings have already tried to make a similar case, and failed.

The other argument is that letting Letemps stay here would be a proper compensation for the 27 years he spent wrongfully imprisoned. He has almost no family left in Haiti, as most became naturalized American citizens while he was in prison.

“Because of the earlier drug conviction and the fact that he didn’t have a green card, it makes it particularly difficult to keep him in the country,” said Pratt. “[But] they can decide not to deport the person for humanitarian reasons...we have a gentleman who has truly suffered.”

When he arrived in Florida, Letemps moved in with his mother in Miami’s Little Haiti neighborhood, where she had arrived the year before. He got jobs picking tomatoes and selling food at an airport kiosk. He soon left Miami to work at an orange grove near Orlando. There he started dating a woman and in 1986, she got pregnant. Letemps claims this was what led to his drug charge. “I couldn’t help her because I didn’t have a good job,” he said. “I bought 20 dollars worth of dope so I could sell it and make some money, but then the police arrested me.”

Letemps pled guilty to delivery of cocaine, and was sentenced to the five months he had already spent in jail. Immigration officials took no action against him. It was the later sexual assault conviction that brought him to ICE’s attention.

Letemps moved in with his girlfriend when he was released, and got a job washing cars at a dealership. The couple had a second daughter and a third on the way. On the morning of May 29, 1989, his girlfriend woke him at 6:30 to get ready for work. He washed up, brushed his teeth, and left at 7 am, leaving behind his two young daughters and pregnant partner.

He never came back. 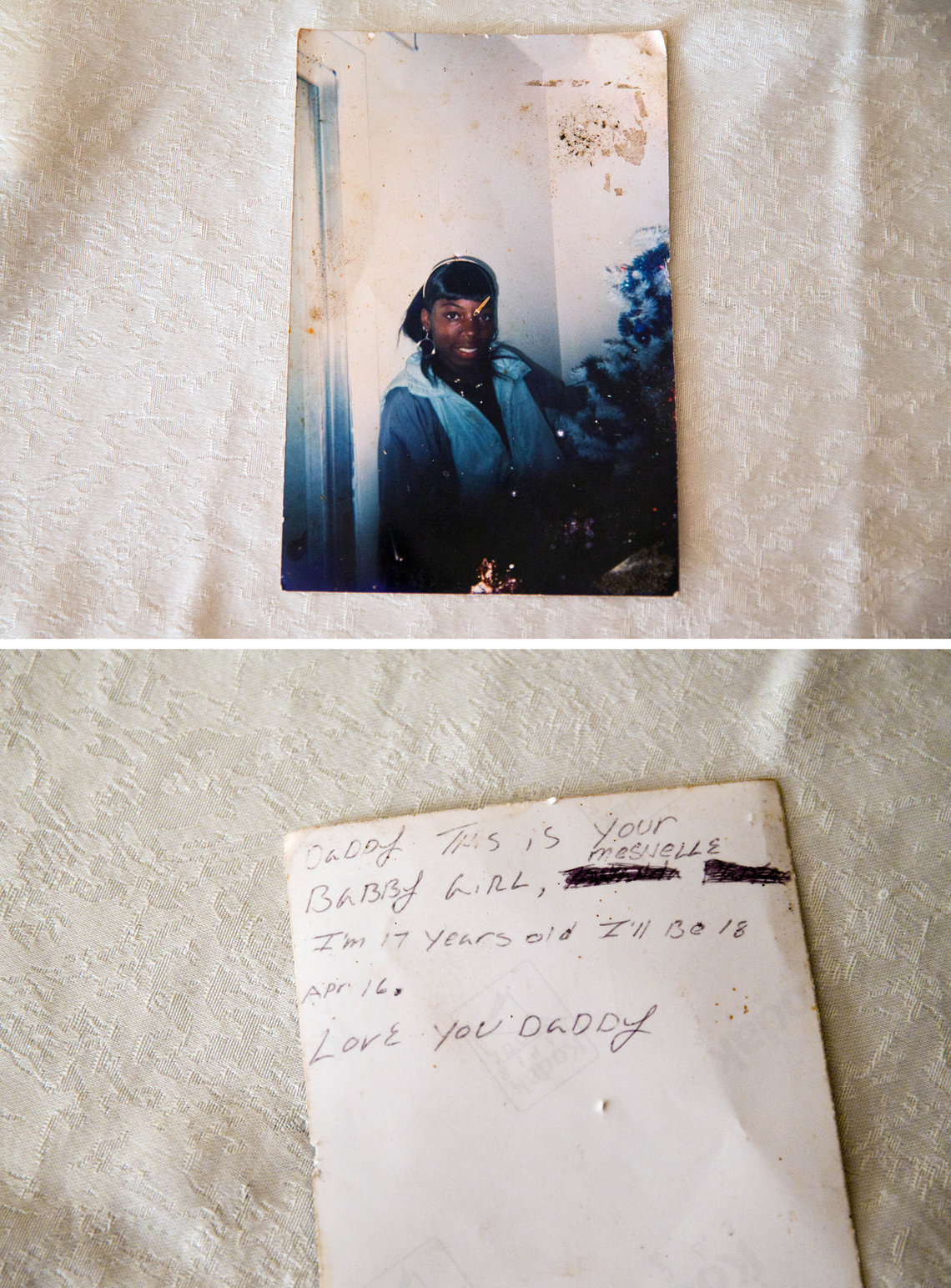 Letemps was stopped by a police officer and a crying woman while walking to the dealership. Unbeknownst to him, the woman had been raped nearby earlier that morning. She returned to the scene of the crime with her family, saw Letemps, and pointed him out as the man who had attacked her. He was arrested and charged with sexual battery and kidnapping.

The case moved quickly after that. Letemps was assigned a public defender, but was not given a Creole interpreter to help him testify. After a two-day trial, the jury found him guilty on four counts, based almost entirely on the victim’s identification. Letemps, who was 26 during his trial, was given four concurrent life sentences.

Letemps — who has no formal education and cannot read or write in English or Creole — had to rely on other inmates to fight his conviction from prison. He paid 30 or 40 dollars from his commissary fund for each motion or filing that someone wrote for him. But those attempts were filled with errors. “He has a very thick court file, but it’s full of woefully insufficient, inaccurate and ridiculous petitions,” said Kate Germond, executive director of Centurion, a nonprofit legal service that fought for Letemps’ exoneration.

In the meantime, Letemps grew estranged from his children as they had children of their own. His siblings gave birth to nieces and nephews that he never met. “My father passed away, my brother passed away, my sister passed away,” Letemps said, ticking through the funerals he’d missed. “I lost contact with everyone but my mama. Everyone gave up but [her].” The two talked on the phone several times a week, though she could only afford to visit him twice. 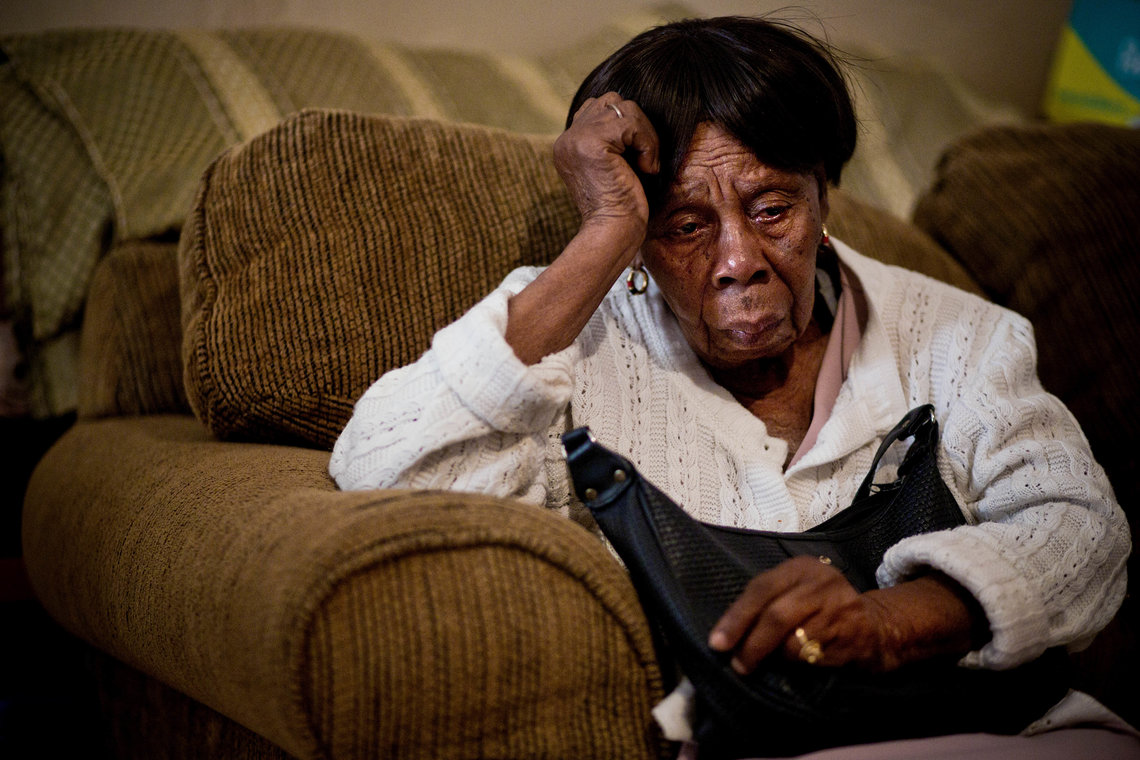 Jules Letemps' mother, Pierrecina Aurelus, talks about her son's incarceration at her daughter's home in Miami.

Centurion took on his case in 2010. Digging into his file, lawyers discovered a serological test of a semen stain on a robe the victim wore shortly after the attack. The results excluded Letemps as her rapist. The evidence had been available all along, but his public defender had misunderstood the results.

The Florida State Courts initially ruled that Centurion’s appeal came too late, but the Eleventh Circuit Court of Appeals granted them permission. In July 2015, a federal district judge ordered a new trial. And in October 2016, the state dropped all charges.

Centurion anticipated Letemps’ immigration issues and brought on Pratt to handle his removal case. “He spent 27 years in jail for a crime he didn’t commit, and now they want to throw him out of the country,” said attorney Paul Casteleiro, legal director of Centurion. “I don’t know how much fight he has left in him.”

His next hearing is February 7. It will likely be months before the court gives a final decision on his deportation.

Letemps is being treated as an “arriving alien” in court proceedings, because he arrived on parole. That means that he is not entitled to a bond hearing in front of a judge to argue for his release from detention. Only the Department of Homeland Security can decide whether to let him go. The department denied that request in November, meaning Letemps will likely be detained until his case is resolved.

“Based on Mr. Letemps’ criminal past, ICE determined that his detention is warranted,” wrote spokesperson Spicer in an email.

“I just want to know when I’ll get out,” Letemps said. “I’m still waiting for another chance.”