A new poll says whites are as confident in the police as ever. How?

A recent Gallup poll found that overall confidence in the police has returned to its 25-year average after dropping to a record-tying low in recent years. Today, 57 percent of Americans polled report having "a great deal" or "quite a lot" of confidence in law enforcement. And the poll confirmed what many have already observed, that there’s a gap in confidence along racial lines with higher levels of white confidence weighing the average.

Research suggests that confidence in the police is complex and made up of a constellation of personal and social factors, including one’s own encounters with police, his or her perception of crime in their neighborhood, media coverage and vicarious encounters — the experiences of one’s family and friends with police about which they’ve heard. 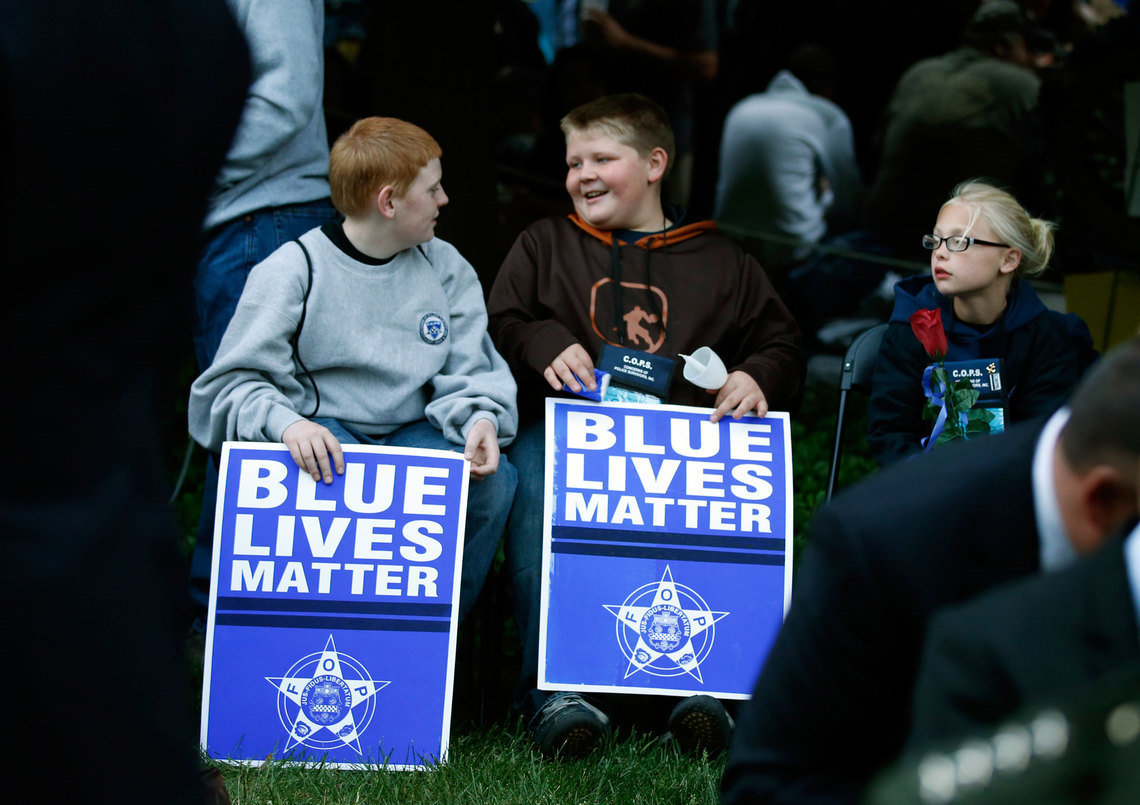 When it comes to most of those measures, it seems whites have a very different experience with law enforcement than everyone else. Studies suggest that police officers are more respectful to whites during stops and less likely to use force on white suspects. Another study found they’re also less likely to stop whites or search their vehicles during traffic stops — even though white drivers were found in one study more likely to be stopped with guns and drugs in their possession.

With that in mind, it’s perhaps no surprise that the majority of white respondents told Gallup that they have a lot of confidence in the police.

But how, given all of the major news stories about police misconduct over the past few years, is white confidence in the police so seemingly unshaken?

First, media coverage of police misconduct doesn’t have the impact that many might assume. Researchers with the Vera Institute of Justice found that opinions of the police are generally positive and stable over time. They’re influenced primarily by personal and vicarious interactions with police. The study concluded that “changes in public opinion about the police are unlikely to result from news stories about the police.”

A recent poll supports that notion, finding that 44 percent of whites considered recent killings of unarmed black men isolated incidents whereas 79 percent of blacks considered them a signs of a broader problem.

“A percentage of whites are of course shocked by incidents involving police killings of blacks or other police misconduct, but many others compartmentalize such killings,” explains Ron Weitzer, a criminologist and professor of sociology at George Washington University. Weitzer also hypothesizes that the high and durable confidence whites have in the police could be attributed to an understanding of the police as a force for their protection.

“More generally, whites tend to see the police as allies in the fight against crime,” he says. “To the extent that whites associate violent crime with minorities, their support for robust crime control measures may also translate into support for police, since the white population is assumed to be largely law-abiding.”

It seems plausible that whites remain confident in law enforcement because either they don’t personally experience the worst of policing or they’re unmoved by news of it. Both theories, however, raise major questions about the effectiveness of police reform efforts that rely on media coverage of police misconduct to change the hearts and minds of Americans, the majority of whom are still white.

Donovan X. Ramsey is the commentary editor at The Marshall Project.