Our Long, Troubling History of Sterilizing the Incarcerated

State-sanctioned efforts to keep the incarcerated from reproducing began in the early 20th century and continue today.

A Tennessee judge is offering reduced jail time to men and women who appear before him in court. And all they have to do to earn that break is “volunteer” to be put on a contraceptive or sterilized.

In May, Judge Sam Benningfield signed an order to allow individuals held in the White County jail to receive 30 days off their time if they undergo a birth control procedure. County officials say that 32 women have received birth control implants so far and 38 men are waiting to have vasectomies performed.

Under no circumstances should the courts use their power to shape the reproductive decisions of individuals. But sadly, for over a century, attitudes about individuals convicted of crimes have made incarcerated men and women targets of such efforts.

Whether Benningfield knows it or not, his policy follows a long history of eugenic practices in this country. Eugenics is a pseudo-science which holds that the quality of humanity can be improved over generations through practices that encourage individuals with “desirable traits” to reproduce and discourage the “unfit” from doing so. There's a sense that eugenics is confined to a long-ago history, but coercive eugenic practices crop up constantly in the American criminal legal system. 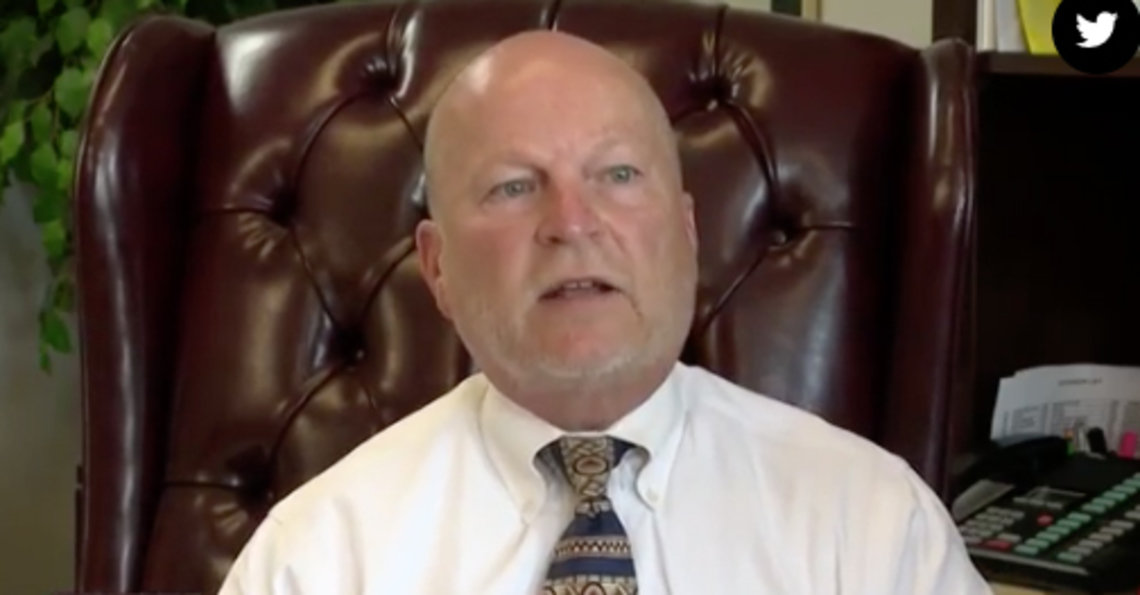 Judge Sam Benningfield has offered inmates at White County time off their jail stays if they undergo a birth control procedure.

In 1907, Indiana became the first state to pass a law allowing for the compulsory sterilization of “confirmed criminals,” “idiots,” “imbeciles” and “rapists.” As a result, hundreds of men held in Indiana prisons were given vasectomies. Henry Sharp, the doctor who performed the procedures, argued before the National Prison Association in defense of the practice: “We owe it not only to ourselves, but to the future of our race and nation, to see that the defective and diseased do not multiply.”

Following Indiana, 31 states passed eugenics laws. In practice, most states targeted their efforts at the “feebleminded” and the poor, using state agencies and social workers to identify individuals to sterilize. The victims were most often women of color.

For example, in 1924, the North Carolina legislature gave the head of any penal or state institution the right to order sterilizations and the state often threatened the denial of social service benefits to coerce participants into procedures. Between 1936 and 1968, nearly a third of the women in the U.S. territory of Puerto Rico were sterilized in a similar effort.

Eugenics laws remained on the books in many states until the 1970s. But while laws were repealed, eugenic practices continue — especially in our nation’s prisons and jails.

Reporting by the Center for Investigative Reporting exposed that nearly 150 women underwent tubal ligations in California prisons between 2004 and 2013. According to CIR, medical staffers at two prisons that housed pregnant women targeted individuals for sterilization who they deemed likely to return to prison. The medical staff had many of the women sign consent forms, causing a debate about the limitations of consent for incarcerated people once the practice was exposed.

Consent is again at the center of the debate around the sterilizations at the White County jail. Benningfield has explained that his program is voluntary and well intentioned. “I hope to encourage them to take personal responsibility and give them a chance, when they do get out, to not to be burdened with children,” he told local reporters. “This gives them a chance to get on their feet and make something of themselves.”

The head of the ACLU’s Tennessee chapter has called the program unconstitutional, adding that it imposes “an intrusive medical procedure on individuals who are not in a position to reject it.”

A great irony in all of this is that marginalized people do in fact need access to reproductive choices. Indeed, everyone should have affordable or free birth control and education about how and why to use it. No one, however, should be compelled to trade their reproductive freedom for corporal freedom.

The program in White County is but the most recent expression of the idea that the state should have the power to intervene in the reproductive choices of those they deem unfit. This eugenic mentality should be understood as a theme in American history, but not one that has been banished to the dustbin of the past. We’ve carried it with us into the 21st century, into Tennessee, California, and possibly to a prison system near you.

David M. Perry is a freelance journalist and historian. His work focuses on violence and criminalization.