Instead of offering real solutions to the epidemic, the president is race baiting.

A presidential commitment to spend “a lot” of money and time addressing the alarming rise in opioid overdoses in the U.S. should be a welcome public health initiative. But when it comes from President Trump, it makes me shudder.

One of this administration’s defining features has been its cynicism, on display most recently in Trump’s efforts to avoid criticizing white supremacists and his administration’s shifting positions on the plight of Dreamers. It also shows up in the president’s drug policy. 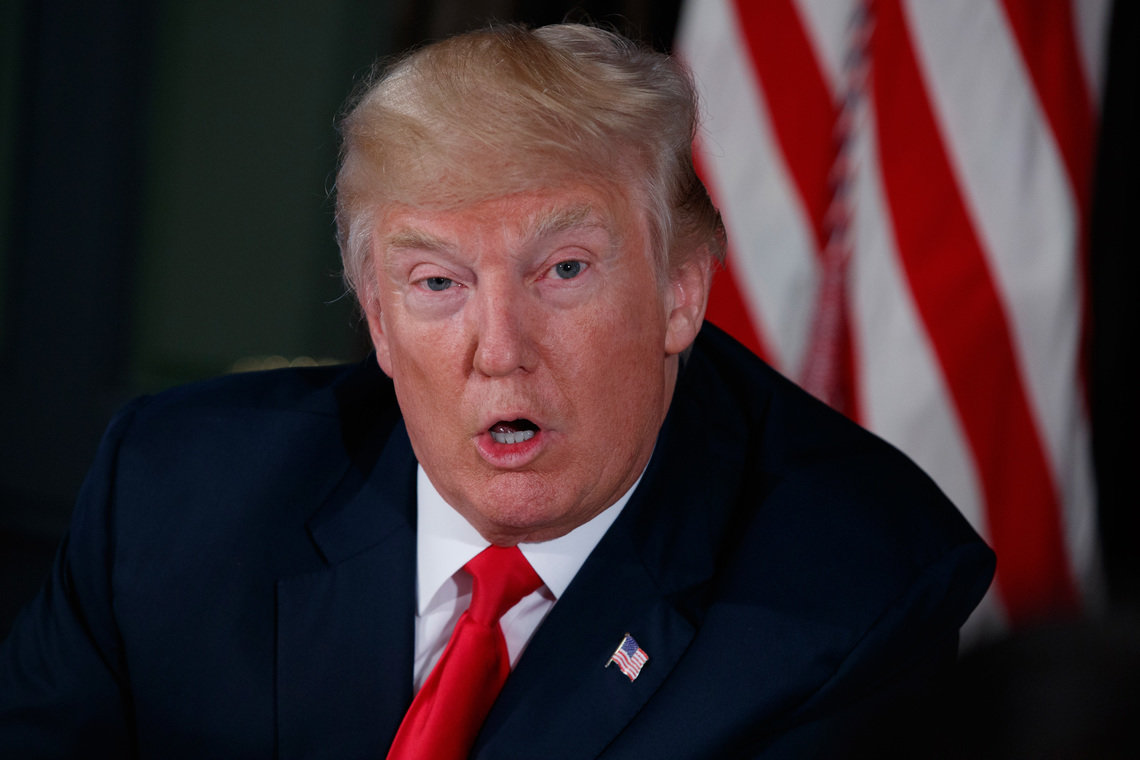 President Donald Trump speaks during a briefing on the opioid crisis in August 2017, at the Trump National Golf Club in Bedminster, N.J.

The rise in opioid overdose deaths is a real problem that requires an urgent response. However, the Trump administration’s approach has been to ignore the public health-focused recommendations of its own opioids commission by invoking the language of law and order.

In a number of remarks, President Trump has stressed his priorities: ramping up federal drug prosecutions, getting “very, very tough” on the southern border and targeting the “pretty tough hombres” he says are responsible for the opioid crisis. His approach is all about doubling down on the most extreme policies of the failed war on drugs. And it’s a craven betrayal of those people in New Hampshire, West Virginia, Kentucky, Ohio, and other states hard hit by opioid overdoses, where Trump’s preferred policies will do nothing to stem the wave of deaths he claims are his priority.

The reality is that the war on drugs — the billions of dollars that have been poured into the enforcement of laws criminalizing drug use, production, and distribution since the 1970s — has never actually prevented drug abuse. Drug use fluctuates but has largely remained steady over the decades. And far from preventing violence, the drug war has driven up drug profits, providing an endless source of wealth for international organized crime.

What the war on drugs has done very effectively is devastate black and Latino communities. Across the country, it has served as the justification for heavier policing of black neighborhoods in particular, even though black and white people use drugs at similar rates. Millions have been arrested, torn from their families, imprisoned, saddled with criminal records, deported, and even killed in the name of drug prohibition.

After the Obama administration pulled back on some of these tactics, President Trump has signaled plans to escalate the war on drugs. Attorney General Jeff Sessions has ordered prosecutors to seek the harshest sentences available in drug cases, even as Trump has supported health care bills that would have cut opioid treatment access for millions. The president may be betting that his supporters, including those living in states with high opioid overdose rates, will cheer those actions. He may be cynical enough to think he can satisfy their calls for help with promises to shuttle more black and brown people into prisons and detention centers. And maybe he can.

Many of the rural counties in states like Ohio or Kentucky that have suffered the highest rates of deaths from opioid overdose voted strongly for Trump in 2016. And various studies indicate that Trump voters and supporters tend to be motivated by negative attitudes toward black people and immigrants. So, the president may well reap huge political rewards by making those groups scapegoats for the suffering opioids have caused his constituents. But that won’t stop the overdoses.

Real solutions exist, though. The Commission on Combating Drug Addiction and the Opioid Crisis made some good recommendations, including increasing access to medication-assisted treatment and the overdose-reversal medication naloxone. The U.S. would also do well to move away from the criminalization of drug use, and instead embrace successful harm reduction approaches, including the establishment of safe consumption services and testing of street drugs, which could help users detect fentanyl, a factor in many overdoses. Meaningful public education about the causes of overdoses and the science around drugs could help with prevention. So could addressing the broader social ills that lead some to find refuge in opioids.

Trump may yet throw a bone to supporters in key states by adopting some of the commission’s recommendations. But his statements and policies so far give every reason to believe that their health is not his chief concern.

The history of the war on drugs has made clear that Trump’s preferred policies of incarceration and deportation will cause tremendous harm, particularly to communities of color. It has also made clear that those policies don’t work. Americans, especially Trump supporters in states reeling from opioid overdoses, should not take the bait. Instead, they should demand real solutions.

Maria McFarland Sánchez-Moreno is the executive director of the Drug Policy Alliance.