What About the ‘Lost Children’ (and Mothers) of America?

It’s time for their voices to be heard.

In “The Lost Children of Tuam,” the New York Times tells the tragic story of “mother and baby” homes in Ireland, facilities for unmarried mothers where infants died by the hundreds. Those who survived were forcibly separated from their mothers and routinely abused. The mother and baby homes were closely related to and preceded by Ireland’s infamous Magdalene Laundries, Catholic institutions that enslaved thousands of “fallen” women during the 19th and 20th centuries.

What the Times article missed is the story closer to home: Magdalene Laundries existed in the U.S. nearly as long as they did in Ireland. They were at least as numerous in this country and just as brutal.

Worldwide attention on the Magdalene Laundries and mother and baby homes in Ireland have led to investigations into these interconnected institutions, enhanced by the testimony of numerous survivors and their descendants. The Irish state has apologized and offered compensation for wrongful treatment.

News of these scandals has encouraged survivors of U.S. Magdalene Laundries to speak out about their experiences. Yet, thus far, their testimony has neither been acknowledged nor validated by journalists or historians, much less religious or political leaders.

For the past four years, incarcerated scholars at the Indiana Women’s Prison, ourselves included, have researched Magdalene Laundries, which had a profound impact on women and girls of all faiths in the U.S. for more than a century. We believe these institutions were the original women’s prisons in the United States.

As our colleagues Michelle Jones and Lori Record wrote, the name “Magdalene Laundries” is “both functional and metaphorical…Named for Mary Magdalene, herself an alleged prostitute, the laundries were supposed to be places of reform and repentance where women could ‘wash away’ their sins while scrubbing society’s dirty laundry,” all for the profit of the Church.

Nearly all of the Magdalene Laundries in the U.S. were run by the Sisters of the Good Shepherd, a Roman Catholic order that was founded in France in 1835 with a mission of “binding themselves to the labor for the conversion of fallen women and girls needing refuge from the temptations of the world.”

The order spread rapidly. Within six years, Sisters of the Good Shepherd founded their first Magdalene Laundry in England. A year later, five sisters traveled from the Motherhouse in Angers, France, to found the first House of the Good Shepherd in Louisville, Kentucky. (Bishop Benedict Flaget of Kentucky invited them in response to the high prevalence of prostitution there.) Five years after that, the order established its first Irish Magdalene Laundry.

The Louisville Magdalene Laundry was “of the ancient type with gloomy rooms and hall and prison-like conditions and atmosphere,” according to a 1919 report on “child welfare work” in Louisville. The sisters who ran it encouraged courts to commit and pay for the incarceration of the women housed there.

By 1900, there were at least 38 such institutions in the U.S. Our research suggests that most of the Magdalene Laundries closed by the 1960s, victims of the automated washing machine. 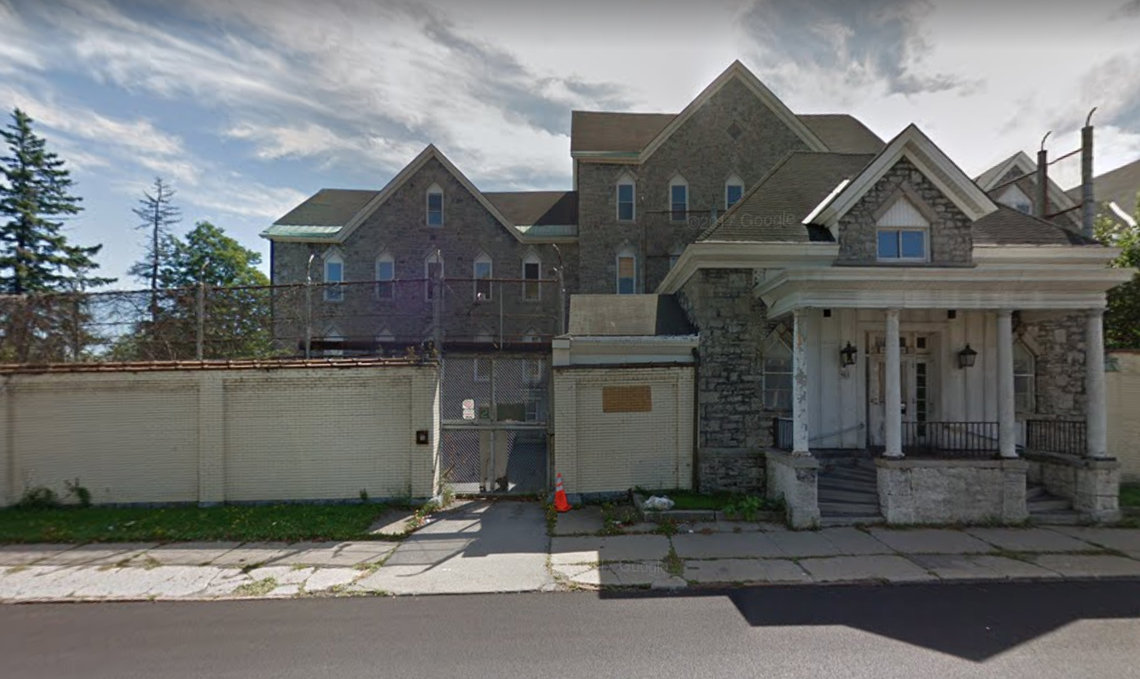 A former Magdalene Laundry in Buffalo, N.Y., run by the Sisters of the Good Shepherd, was in operation as early as the 1880s.

Historians have long celebrated the Indiana Women’s Prison, the institution where we have been incarcerated, as the first separate prison for women in the U.S. But in their award-winning article, Jones and Record argued that the Louisville Magdalene Laundry and its successors in the 19th century met all of the key characteristics of a prison and should be considered as such. The women held there were, for example, sentenced to the institution by criminal courts, confined involuntarily, and isolated from the outside world.

If we properly classify such institutions as prisons, then ours wasn’t the first separate women’s prison in Indiana. That distinction would go to the 15th U.S. House of the Good Shepherd, located on the southside of Indianapolis. It opened in 1873 — six months before the Indiana Women’s Prison.

As we learned through our research, the opening of the Indianapolis House of the Good Shepherd was preceded by an intense, decade-long debate among city officials — who were largely Protestant — over whether Catholic nuns should even be allowed to open their own prison.

Beyond mere anti-Catholic bias, the Protestant councilmen were wary of whether they would have adequate oversight if the city were to send prisoners to the House of the Good Shepherd, a concern that proved prophetic when officials were repeatedly denied access to the institution to investigate complaints later in the century.

Despite these reservations, a peculiar compromise appears to have been honored for the next quarter-century, whereby all women convicted of sex crimes in Indiana were sent to the House of the Good Shepherd and all those convicted of property or violent crimes to the newly opened Indiana Reformatory.

We have been able to find only two first-hand accounts from former inmates of life at the Indianapolis House of the Good Shepherd, both of which described in detail the harsh punishments received at the hands of the nuns.

Mamie Smith and Minnie Morrison each claimed to have been detained against her will and deprived of communication with the outside world. Mamie’s claim was officially validated when she was awarded a monetary sum in a 1910 lawsuit against the House of the Good Shepherd for “alleged false imprisonment.” In 1925, Minnie published her story, describing in great detail the brutality she had experienced and witnessed.

Magdalene Laundries, the Indianapolis House of the Good Shepherd and other such institutions played an important role in shaping attitudes toward female sexuality, identity, and criminality. As the first women’s prisons in the U.S., they undoubtedly helped mold a system that currently incarcerates more than 200,000 women and too often victimizes them.

That history has been forgotten, or ignored, for far too long.

On behalf of the women who survived abuses in these institutions, we should support research into their histories. Doing so would not only give a voice to those who have been silenced but, hopefully, better inform conversations around women’s prisons as they exist today.

Rheann Kelly and Natalie Medley are incarcerated at the Indiana Women’s Prison in Indianapolis, Indiana. Christina Kovats, who won a statewide award for her historical research this year, was released last month and is working as a hair stylist in Indianapolis. She hopes to continue her college education.

An earlier version of this story incorrectly stated when the photograph of the House of the Good Shepherd was taken. Historians believe the picture is from around 1940.