Contrary to popular belief, private prisons often don’t save the economies of the rural towns that seek them out.

Bob Thompson, the city coordinator of Appleton, Minnesota, had a bright idea in the spring of 1990. Thompson, a thin man now in his seventies who has the polite reserve of a long-time Minnesotan, was looking for a way to replace the agriculture industry that had served as the rural town’s economic backbone for generations. After some research, it came to him: a prison.

This article was published in collaboration with Mother Jones.

I met with Thompson in Appleton. He told me about his failed attempts to lure a casino and furniture manufacturer to Appleton and how he eventually stumbled upon the idea of making his small town a site of incarceration.

“I had done a substantial amount of reading about what was going on with prisons in the United States, and there definitely was overpopulation of inmates and shortages of beds,” Thompson said, “I called a financial consultant for Appleton in Minneapolis, and I said, ‘Steve, I’ve got a project for you.’”

The town broke ground in November 1990, and two years later, on a mild Saturday in September 1992, the Appleton Prison Corporation opened the Prairie Correctional Facility, a $28-million, 500-bed facility in the middle of a soybean field. 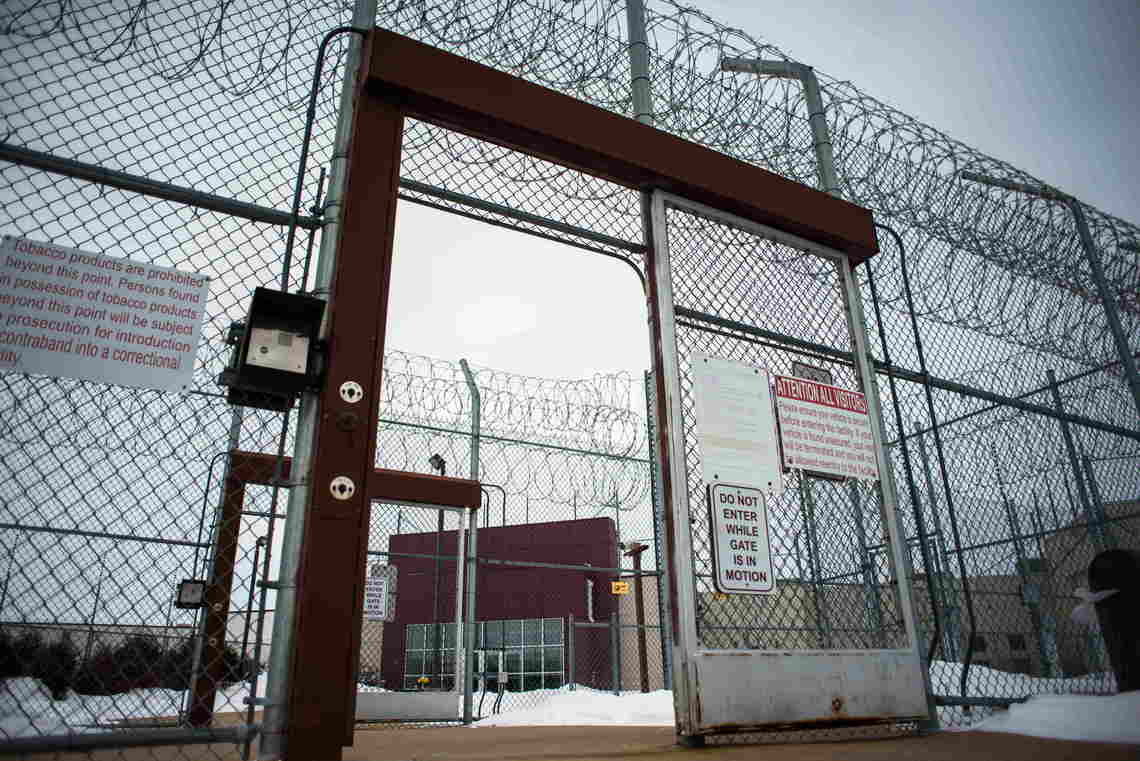 The Prairie Correctional Facility in Appleton, Minn., opened in 1992.

Thompson was not the only official who looked to private prisons to save his city. During that time, private prisons were popping up across the nation, with a number of facilities going up in small towns. For my forthcoming book, Inside Private Prisons: An American Dilemma in the Age of Mass Incarceration, I spent time in these rural towns—in the Midwest and along the southern border—exploring the relationship between private prison corporations and small communities.

The stories in these prison towns reveal the appeal of the private prison industry to impoverished rural America; in desperate need of jobs, these communities depend on prisons for employment, and the industry has expanded dramatically throughout America’s heartland. Sadly, the economies of rural prison towns are devastated when the facilities close.

The 1990s were the heyday for prisons. America built 245 new prisons in rural counties. So many that, by 1999, one in ten rural counties housed a correctional facility. In fact, during this decade, a prison opened its doors at some location in the rural United States every fifteen days.

While the prison boom of the 1980s and 1990s has slowed, today, private corporations have funded much of the 21st century’s prison construction. Almost all new prisons that opened their doors from 2000 to 2005 were private; the share of private facilities increased from 16 percent (264) to 23 percent (415) of all institutions during those years.

What little research has been done on the long-term impact of this industry on the economies of small towns is mixed.

Sociologist John Eason’s research indicates that prison building tends to produce only small, temporary gains. Eason wrote, “locales that adopted prisons at earlier stages of the prison boom era received a short-term boom compared to those that did not, but these effects were not lasting.”

A 2003 report by the Sentencing Project found, on the other hand, no economic benefits to rural towns who house prisons in their backyard. After studying the economies of rural prison towns in New York over twenty-five years, the study found that there was “no significant difference or discernible pattern of economic trends between the seven rural counties in New York that hosted a prison and the seven rural counties that did not host a prison.”

While academics seems torn between whether the prison industry brings small, temporary gains to the rural towns who adopt them or none at all, its impact is clear in Appleton. In its first four years of operation, Prairie Correctional Facility struggled to fill its beds with prisoners. Since the prison got paid by government contracts for each bed that was filled, unfilled beds meant less revenue to operate the prison.

In the fall of 1996 CoreCivic, one of the nation's biggest private prison companies and formerly known as Corrections Corporation of America, offered to refinance and manage the Prairie Correctional Facility. The company paid off the Appleton Prison Corporation’s debt, took over management of the property and, as an added bonus, invested $25 million to expand the facility. It appeared for a moment as though Appleton’s savior had finally arrived.

CoreCivic signed contracts with Colorado, Idaho, Minnesota, and North Dakota to house prisoners at the facility, boasted a staff of four hundred, and for a few years, the prison was full. But, even under CoreCivic's control, Prairie Correctional struggled financially.

The facility finally shuttered in 2010 when CoreCivic announced that they didn’t have an inmate population large enough to use the facility. With the closing went the town’s economy. The $1.1 million the facility provided to Appleton annually for property taxes and utilities made up almost 60 percent of the city’s budget. Appleton’s pizza parlors and restaurants were boarded up, unemployment soared, and younger families moved away.

When I visited in December of 2015, roads were potholed and only a few businesses remained. The town’s one gas station was a central hub of activity.

The now-empty prison is in the news again. In 2015, the state of Minnesota’s prison population was projected to increase. Where would they house this population? Corrections officials and state legislators confronted a tough decision: whether to send the prisoners to Prairie Correctional, which—despite its disuse—CoreCivic claims is updated and compliant with state guidelines.

Bob Thompson says in retrospect, Appleton really isn’t an ideal town for a prison. For one, its airport can’t land the kind of commercial aircraft you would need to transport large groups of prisoners. Even the closest airports would mean bussing prisoners a hundred miles or more once they land, he says.

Despite such challenges, rural communities with soaring unemployment rates and dwindling economic opportunities hold fast to the hope that, if you build it, they will come. For rural communities facing skyrocketing unemployment rates—usually from the decline in agricultural and manufacturing jobs—even the news of prisons sitting barren across the nation does little to deter building them or welcoming a private prison conglomerate into their towns.

Appleton Mayor Chad Syltie, for example, is still holding out hope that Prairie Correctional will open its doors again and bring prosperity to the town.

“Just take the hardware store as an example,” he told me. “Right now, that gentleman sees twenty people a day go through his door. “He will easily see that almost double. You will see it at the café, the gas stations, the auto-repair shops. Every business will be affected.”

Lauren-Brooke Eisen is senior counsel for Policy Innovation at the Brennan Center for Justice at NYU School of Law and author of the forthcoming book: Inside Private Prisons: An American Dilemma in the Age of Mass Incarceration.