The creators of Radiotopia's podcast from San Quentin talk about what they learned in their first go-round. 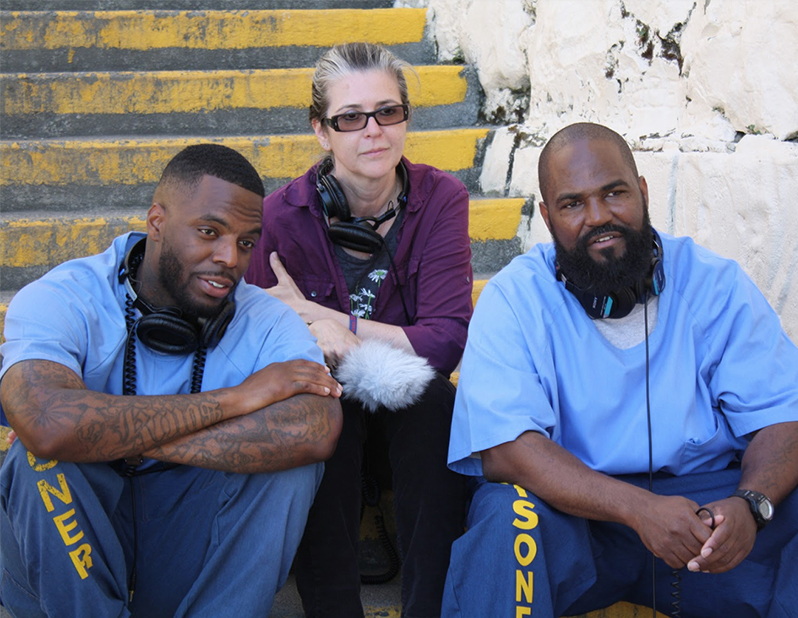 From left, Antwan Williams, Nigel Poor and Earlonne Woods, the co-hosts of the Ear Hustle podcast.

Courtesy of Ear Hustle
By The Marshall Project

Most of us at The Marshall Project are addicted to the hit podcast from San Quentin prison, Ear Hustle, which just finished its first season. The podcast consists of two insiders — co-host Earlonne Woods, serving 31-to-life for robbery, and sound designer Antwan Williams, doing 15 years for armed robbery — and one outsider, co-host Nigel Poor, an artist, photography professor and volunteer, talking about the daily life of the incarcerated. What is solitary confinement really like? What makes a good cellmate? The show is candid, earthy, endearing, moving and often very funny, an antidote to the caricatures so common in depictions of life inside. We arranged for the hosts to answer a few questions — a short epilogue to the first season, and an appetizer for the next season, beginning in March. (Like all Ear Hustle broadcasts, this one was reviewed by Lt. Sam Robinson, the public information officer at San Quentin.) You can read the transcript below, but we recommend you click here and listen. — Bill Keller

Listen to the interview:

Earlonne Woods: At the end of Ear Hustle's first season, I sat down with my co-host, Nigel Poor, and our sound designer, Antwan Williams, to answer some questions that The Marshall Project had put together for us. Nigel, what have you learned inside that may have surprised you?

Nigel Poor: I think when I first came into prison what surprised me the most was that I hadn't thought about how complicated and three-dimensional people would be in prison. Which now, saying that is such an obvious thing. But one of the things that's actually surprised me the most doesn't have to do with life inside prison. It has to do with the fact that people outside are actually very interested, and want to hear stories that are more complex. It seems to me that people are sick and tired of hearing the same BS stories, that are stereotypical and just about fear and deprivation. It's been the response from the listeners that's surprised me the most, how much compassion and how much interest there is. Were there any stories that made you see prison in a different way?

Woods: Not yet, I don't think.

Poor: Or see a guy in a different way?

Woods: I'll say the story “Left Behind”, which was about California three strikes law. It’s one of the first times where we sat across from a guy, and he was very vulnerable on the mic. He told his truths of what happened to him in prison. That was one of those stories that was just a very profound story.

Poor: But why? What about it was profound to you?

Woods: One, the circumstances of here's a guy that admitted his guilt, "I did that, so I plead guilty." They say, "You know what, good looking. We're going to give you 50 years to life for pleading guilty. We're going to give a $10,000 restitution for stealing $40." This guy really got swept under the rug. Then all the things that transpired since he's been incarcerated, far as being victimized in prison. It was a lot of deep stuff. 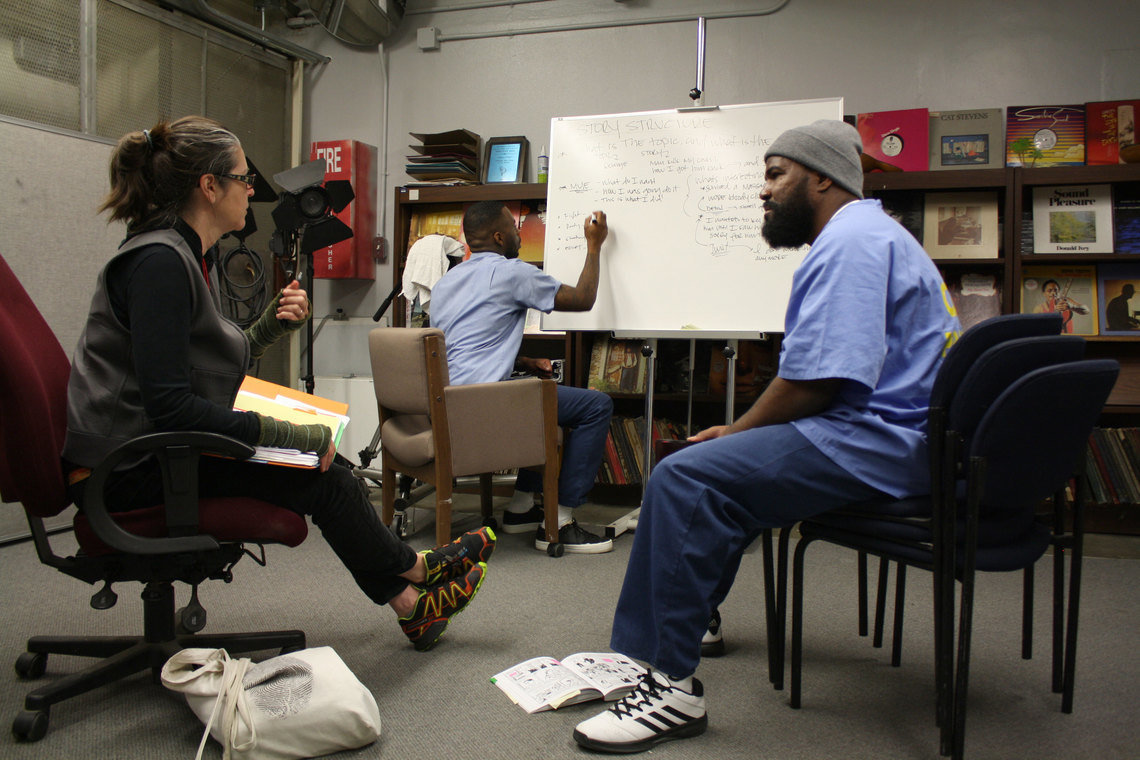 Poor: One of the things that we do with our stories is that we really try to have all different emotions in them. We do stories about friendship, and love, and siblings, and pets, and everyday life inside prison. But there's almost always a point in the story where there's something that happens that's so emotional, it's really disturbing, or some people would say it punches you in the gut. How have you thought over the season about that kind of storytelling that weaves together different emotions?

Antwan Williams: There's always those moments that are just hard to deal with, hard to face, and hard to swallow. But in those moments, you're going to find a glimpse of hope, and of joy, and of happiness. I think telling the actual stories of day-to-day life in prison, it comes with that. Even on the days that it's just extremely shitty for us, our cells got hit, or lockdowns, or whatever the case may be, it's not 100 percent consumed with that. We still find moments to either smile and laugh.

Poor: I would say, to me that's always a funny question about why the stories have humor, and light moments, and difficultness, and tenderness. Because that's life. No matter where you are, that's what you experience day-to-day. To assume that everything that happens in prison is dark and depressing takes away the complexity of the individual.

Williams: For me, I would have to say, when it comes to the stories, I want to tell a story that will directly parallel life outside of you. I want a lot of our stories to show life inside prison, but to where prison is irrelevant. It's just life.

Poor: Also, when you say one of the things we've always talked about is showing commonality. To me, that goes to what you're saying. There are stories, they happen in prison, but they could be happening outside because they reflect all the same emotions that everybody has. They just happen to take place in prison. If every story was just dire, it wouldn't be showing life inside here in a realistic way. We want to entertain too, right? We want to grab people and give them something that they'll hold on to, while at the same time talking about very important issues that we hope will change.

Woods: I think that's it. It's entertaining and educating at the same time. 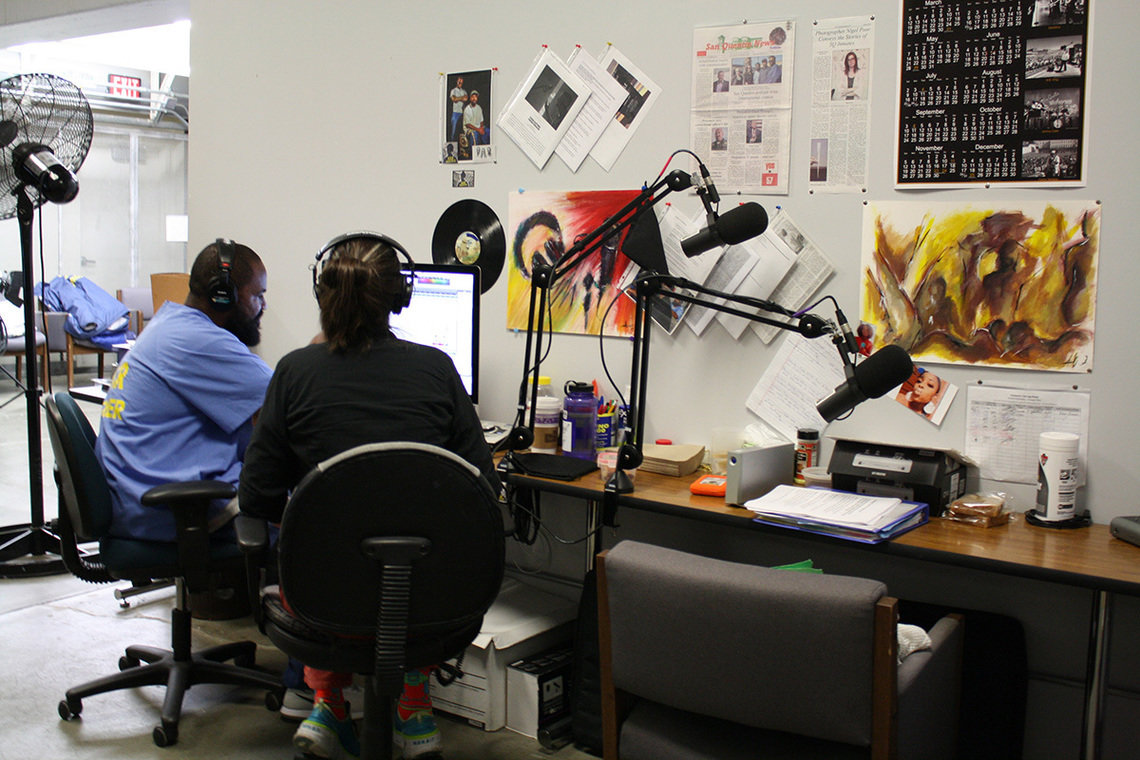 Poor: Well, I'm curious about what you have learned over this season? What has changed for you as a human being?

Woods: As a human being, I've gained a lot of weight doing this.

Poor: Yeah. You were supposed to lose 24 pounds.

Woods: But, I think my work ethic, just being committed purely for the enjoyment of completing stories, knowing that people really enjoy what we do, it makes it worth it. Because you know that you're doing the work—

Poor: Does it make you see your everyday life in a different way?

Woods: It makes me listen more. A lot of people come and say, "Hey man. My family asked about Ear Hustle." A lot of people that volunteer or work here say, "Hey. My friend way over here that has nothing to do with San Quentin, asked me because they knew I was coming here, ‘Have you heard of Ear Hustle?’" A guy that came to my door the other day, and he was like, "Man, I have never heard from my niece. She heard on Ear Hustle that a person in prison would love correspondence. She wrote me." Okay, we're doing something positive. We're doing something that people are learning new things on stuff they never even thought of.

Again, I always say that they see you in a car chase, they see you in the back of the police car, they see you in the courtroom, and that's it. They hear nothing else about you. But, we're giving the individual a glimpse into just everyday life. Thanks to the Marshall Project for all the work that you're doing. Thanks for caring about Ear Hustle. Stay tuned. Ear Hustle will be back with season two in early March of 2018. In the meantime, you can check us out at earhustlesq.com.