A ‘Routine’ Stop Almost Ended My Career Before It Started

Sometimes there’s danger in speaking out against perceived police misconduct.

Being randomly stopped and questioned by the police is par for the course for black men in America. It’s an injustice so familiar that it barely registers as an injustice. That’s something I knew intellectually. Still, I was stunned when officers stopped me while walking on my law school campus back in the spring of 2011.

From that stop and my subsequent complaint came a series of events that changed my life forever. That interaction led to the ruin of my reputation as a student and it almost ended my legal career before it started. Moreover, it confirmed for me, not just how unfairly people of color are treated by police, but the tremendous risk that comes with speaking up about that mistreatment.

The law gives police officers incredible leeway when it comes to stops. Ever since Terry v. Ohio, the watershed 1968 Supreme Court case, officers have been permitted to stop and search anyone without probable cause, so long as the officer has a “reasonable suspicion” that the person is armed, or that he or she has committed, or is about to commit, a crime. 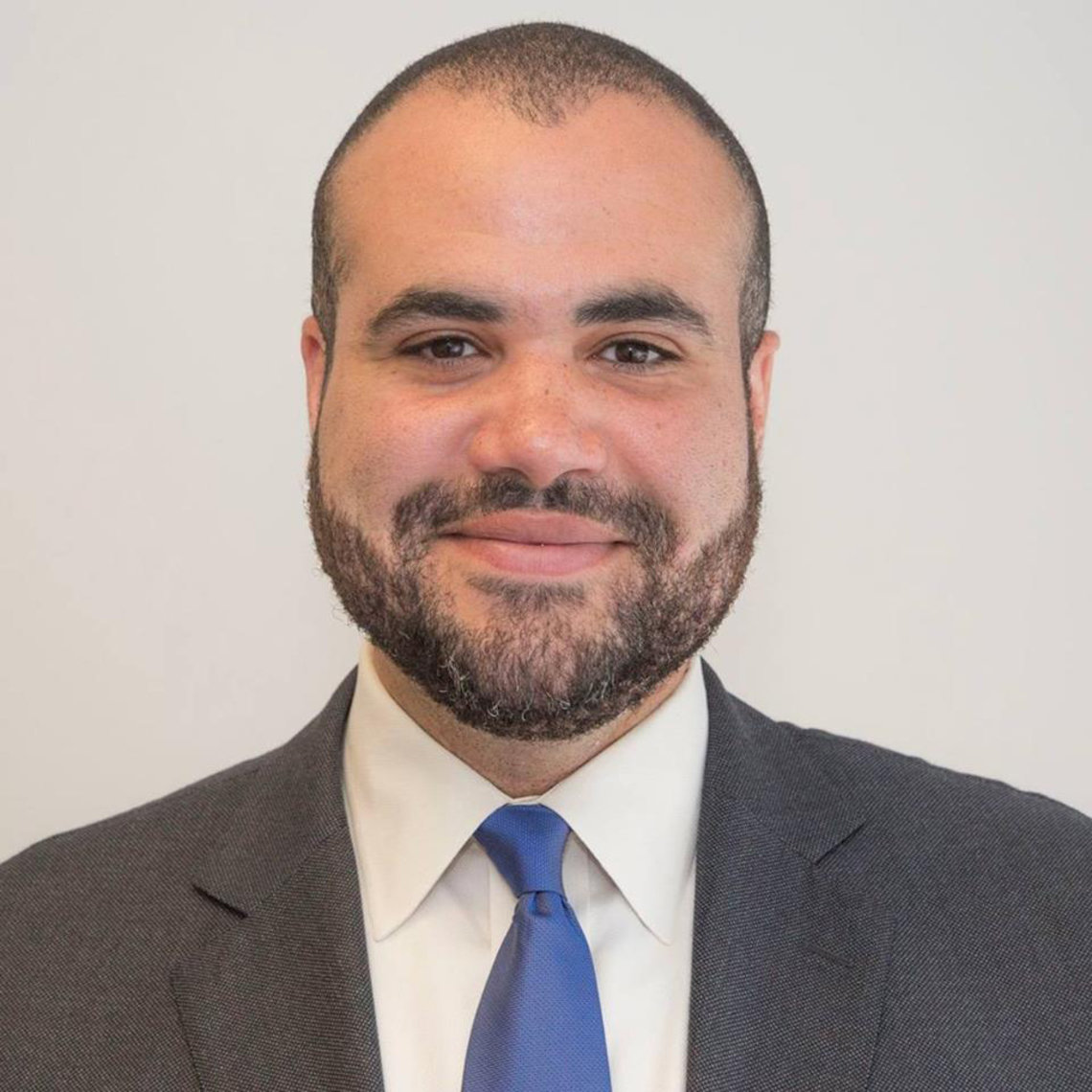 These stops are carried out at vastly higher rates within communities of color and, more often than not, don’t result in arrests. Black and brown men are disproportionately targeted. In fact, studies confirm that black men are as much as five times more likely to be stopped and searched by police than our white counterparts.

When translated into the everyday, that figure means that black men live our lives knowing that we could be stopped by a police officer any time we’re in public. We can’t educate our way out of that injustice; we don’t get too famous or celebrated for it, and we can’t relocate or dress a certain way to escape it.

When we share our stories about these stops—which are often unnecessarily rough and disrespectful—with others, we’re often dismissed. That’s at worst. At best, we’re encouraged to file official complaints or publicize our experiences. Doing either, however, is extremely risky. My last semester in law school confirmed this dark truth.

I was walking home from a party on the evening of April 1, 2011, when I was stopped by two officers from the University of Virginia Police Department. They told me that I “fit the description” of a man they were looking for. Soon, I was pushed against their car as they searched my body for weapons and went through my wallet. Humiliated, I complied with their every command.

At the end of the encounter, which turned up nothing, the officers mocked me when I asked for their names and badge numbers. They refused to give me either but followed closely behind me in their patrol car as I hurried home.

I was fuming in the days that followed and, when I told my friends what happened, most encouraged me to file an official complaint with the police department. I was still a bit shaken up and apprehensive about interacting with police officers again so soon. Plus, I didn’t think a formal complaint would be taken seriously. But at the urging of one of my professors, I decided to write an article in the campus paper to explain to my fellow law school students what happened to me and its implications.

The piece was published as a letter to the editor in the Law Weekly, the University of Virginia Law School’s newspaper. The public outcry was swift and powerful with the larger Charlottesville community in disbelief that such a terrible thing could happen at UVA. They demanded the two officers be identified and disciplined.

Within hours, the police department assured the campus community that it would lead an internal investigation and justice would be served. Outrage grew with multiple newspapers, off and on campus, covering the story. To be sure, I felt vindicated. I had successfully shared my story with the public and alerted the police department to the behavior of its officers, I thought. Even more, I was relieved that I had been able to speak the truth about the abuse of power without recrimination. For a moment, I even considered that my fears regarding retaliation had been unfounded. I couldn’t have been more wrong.

On May 5, 2011, I was studying with a classmate when I received a call on my cell phone from an FBI special agent who said he was waiting for me at my car and needed to speak to me privately. I met the agent at the doors of the law school a little while later and I was surprised to see that he was accompanied by two lieutenants from the University of Virginia Police Department. The four of us went to a small interview room in the dean of students’ office.

What proceeded was an exchange that lasted more than two hours and felt more like an interrogation than a conversation.

I expressed surprise that the FBI had become involved. The agent responded that he had been sent by the head of the FBI’s Richmond Division and that the bureau planned to open a civil rights investigation. But instead of asking me to recount my story as one might expect, the agent laid out a set of consequences if I continued to press my complaint.

He said that a swarm of FBI agents would descend upon Charlottesville to question my friends, family, and classmates. He said that agents would visit the office of the Philadelphia law firm where I had a post-graduation job lined up. He explained in no uncertain terms that these consequences and others were inevitable so long as I maintained my allegations.

It’s only in retrospect that I began to suspect the agent was brought in by the police department to apply pressure in order to obtain a public, police-friendly resolution to what had become a high-profile self-investigation. At the time, I was just scared. So I yielded and agreed to sign a statement, dictated by the agent, that recanted the facts set forth in my letter to the editor. Doing so has been my life’s chief regret.

The morning following the interrogation, the university issued a press release announcing my recantation. It made no mention of the FBI. Still, the recantation was widely covered in the media, causing the campus community’s outrage to mushroom and shift from the police department to me.

Countless editorials branded me a liar, a race-baiter, the Boy Who Cried Wolf, and a prime example of the problem with affirmative action. I lost the law firm job I had secured. My reputation within the legal community was tarnished before I had even received my JD. Indeed, the event continues to cast a shadow over my entire life, both personal and professional.

I was eventually brought up on honor code charges by UVA’s Honor Committee due to public perception that I had fabricated my story about the police stop. Being found guilty would mean removal from the university.

That July, an honor jury heard a full day of corroborative testimony from classmates, professors, and others who were involved in the ordeal. The jury also heard from the two lieutenants who insisted their internal investigation was above board. They even claimed to possess surveillance footage that definitively proved I was never stopped by police. (Of course, they never produced any such video footage.)

After hearing all of the facts, including detail of the FBI's secret involvement, the Honor Committee acquitted me, permitting me to remain at the university. In the following months, the law school's academic affairs committee conducted a second, independent investigation. It examined all of the relevant facts and conferred my law degree.

I stayed silent through it all out of fear of making matters worse and have maintained that silence until now. The University of Virginia Police Department and FBI have also been relatively quiet in the years since. I suspect that’s more out of cautiousness than fear.

The police department refused to release any case files in response to a Freedom of Information Act request I made in 2014 and has never publicly acknowledged the role of an FBI agent in its investigation. Likewise, an FOIA request I made to the FBI in August failed to return any record of official FBI involvement in my case, further suggesting the agent's involvement was unofficial.

All of this happened to me because I supposedly fit a description, was hassled by the police and shared my experience.

My story is unusual in that I was a law student at a top university, and I made a public complaint that snowballed into a local controversy. It began, however, with a tragically ordinary event: the routine stop of a black man by the police. And despite the unique spectacle that my case became, I was presented with a dilemma that countless others face—I was forced to decide between ignoring what I believed was an injustice and speaking up regardless of the consequences.

That’s a choice that no one should have to make.

Individuals on the receiving end of questionable stops should feel comfortable to file and publicize their complaints against the police. Creating that comfort will require, in part, a new approach to handling complaints. Neutral third-party investigators, improved policies within police departments and the involvement of civilian review boards are all things that may help.

If police departments are allowed to continue as they have, however—investigating themselves and intimidating complainants—I’m certain that humiliating and demoralizing encounters like mine, not to mention interactions with far graver consequences, will continue, under-reported and unaddressed. That spells disaster for our nation’s criminal justice system.

Citizen complaints are, after all, the first building block of accountability. And if we can’t clear the low bar of making it safe for citizens to file complaints, we don’t stand a chance of making the rest of the system to work.

Johnathan S. Perkins serves as an attorney at the Office of the General Counsel at Harvard University. After earning his J.D. from the University of Virginia School of Law, Perkins practiced at a Philadelphia law firm where he advised colleges and universities on a wide range of matters including compliance, investigations, employment, and student affairs.