Sending Even More Immigrants to Prison

Despite Jeff Sessions’ new zero-tolerance mandate along the border, the Justice Department has prioritized immigration offenses for years.

When Attorney General Jeff Sessions announced earlier this month he would send 35 more federal prosecutors to districts along the U.S.-Mexico border to focus on prosecuting immigration offenses, it was only the latest salvo in the Trump administration’s war on illegal immigration. The announcement came on the heels of a Justice Department memo last month to prosecutors in border districts, asking them to prosecute more people for immigration offenses.

If the suggestion is that the government before Donald Trump was soft on illegal immigration, the numbers tell a different story.

A Marshall Project analysis of 17 years of federal prison sentences shows that violations of immigration law already constitute the largest category of offenses in the border districts—even more than drug trafficking. Nationally, of the nearly 60,500 people sentenced to federal prison in the last fiscal year, more than 30 percent were convicted of immigration offenses, which can include “illegal re-entry” or people-smuggling. Along the border, immigration took the lead from drug trafficking early in the Obama administration, in some years accounting for more than half of the border districts’ federal prison sentences.

Of the 94 federal court districts, the Southern and Western Districts of Texas send the most people to prison for these offenses—more than 8,000 last year where the length of length of the prison term was reported. Arizona and California also saw recent rises. In New Mexico the raw numbers are smaller, but immigration accounts for 76 percent of the new prison sentences that were handed down in the 2016–2017 federal fiscal year.

Federal courts have been sending fewer people to prison in recent years, and immigration sentences have fallen from their peak in 2011, but they still grew last year to almost 18,500 nationwide.

The data from the U.S. Sentencing Commission only include the first nine months of the Trump Administration, but the early indications are that imprisonment for violating immigration laws is again on the rise.

Prison Sentences in Federal Courts Along the Border 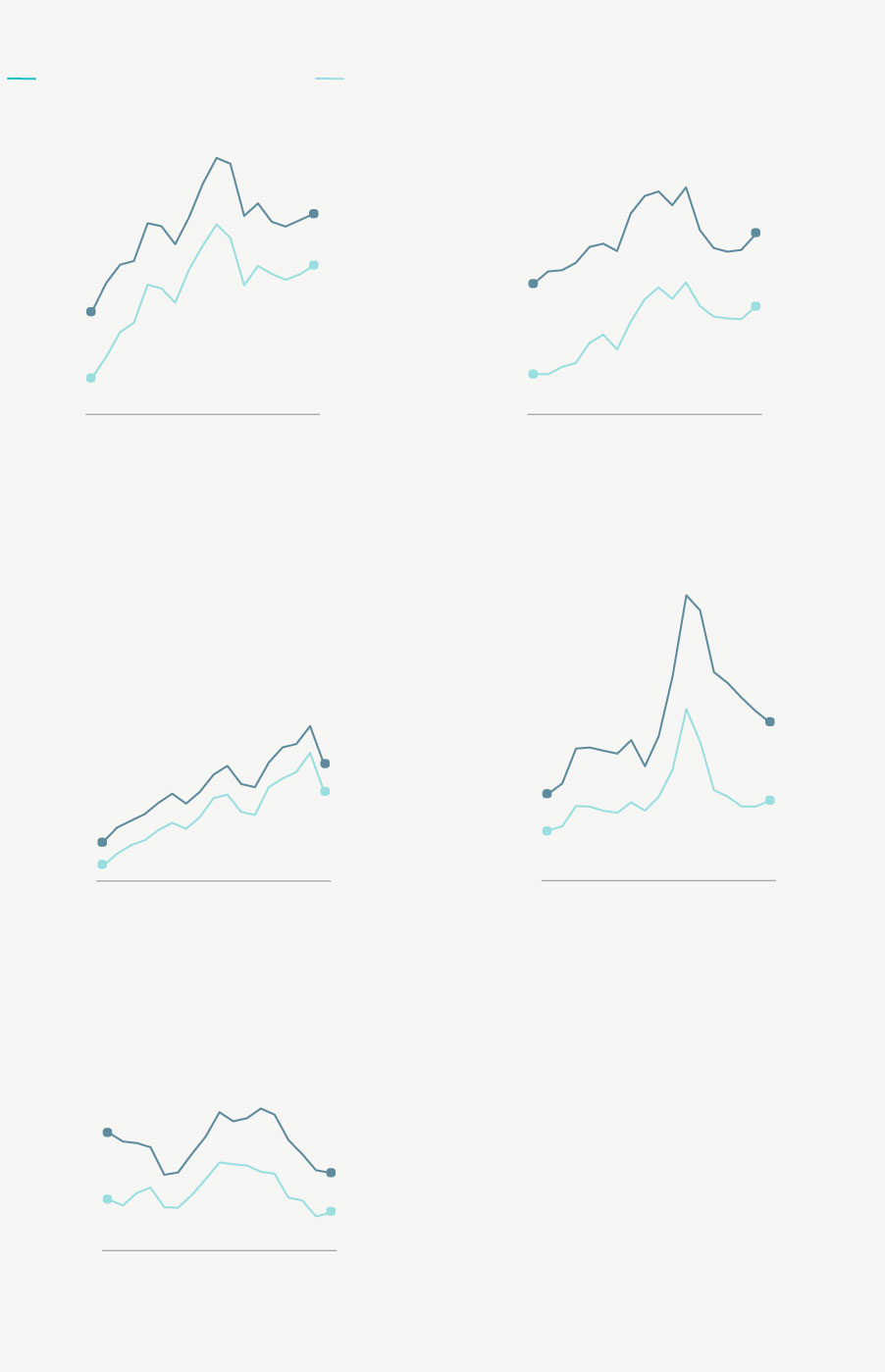 Federal Prison Sentences on the Border 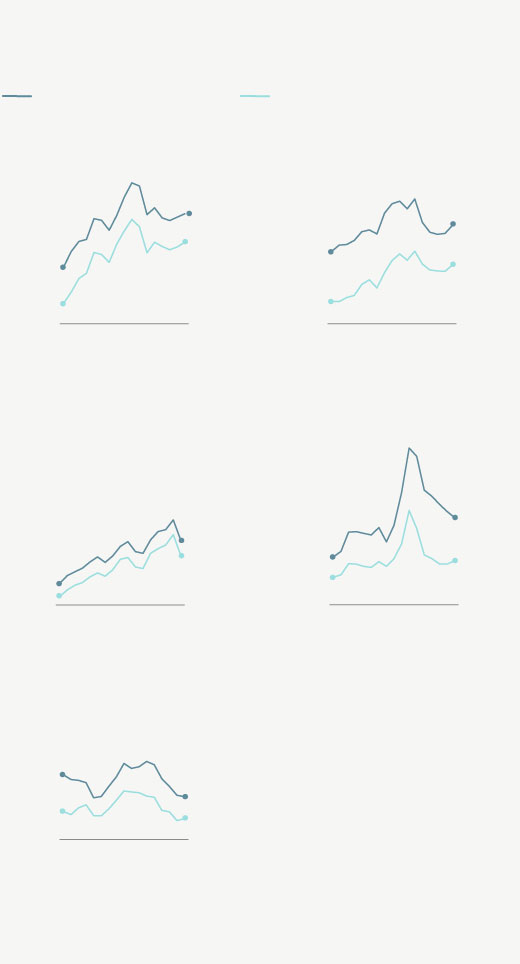 Prison Sentences on the Border

Most cases of migrants accused of entering the country illegally are handled in civil immigration courts, not criminal courts, but those who are caught returning after being removed can face a federal charge of “illegal re-entry” and a prison sentence of up to 20 years.

Sessions’ announcement and recent memo, which directed prosecutors to adopt “a zero-tolerance policy for all offenses referred for prosecution” in immigration cases, is of a piece with the Trump administration’s many policy changes, from restricting migration based on country of origin, to investing more in the Border Patrol and increasing deportations.

Although people often are convicted of multiple offenses, data from the U.S. Sentencing Commission counts only the primary, or most serious, charge for each person sentenced in federal court, except for petty offenses. In 2009, immigration became the most common major crime category for prison sentences, knocking drug trafficking to a close second-place, where it has remained ever since. By 2011, immigration offenses ballooned to 36 percent of all federal prison sentences. (Overall, all drug offenses, including possession, make up the most federal prosecutions, nearly one-third, according to a 2016 report from the Pew Research Center).

But Sessions’ instructions to prosecutors to focus more attention on immigration may conflict with an earlier directive he sent telling Justice Department lawyers across the country to go after drug cases with more gusto.

“All these things link together rhetorically [for Sessions],” says Mona Lynch, professor of criminology at University of California, Irvine, who wrote “Hard Bargains,” a book about the variability in drug sentencing in three federal districts. It’s part of “a triad of concerns he constructed around a renewed war on street crimes, gangs, and immigration.”

Outside the border districts, drug trafficking is still the top offense for prison sentences in much of the country, illustrating the diverging ways Justice Department priorities play out in different regions. Any two federal court districts may focus on different crimes, even in neighboring districts in the same state, such as in California or Texas. Since 2001, about a third of all districts have seen a decrease in the proportion of their prison sentences that are for immigration offenses. Sixty districts have seen an increase, with a lot of variation from year-to-year.

For district courts along the southern border, immigration cases send the most people to federal prison each year each year. Search individual districts below to see what percentage of their prison sentences are comprised of immigration cases.

This came as apprehensions along the border went down to roughly 304,000 last year, the lowest they've been in more than 45 years, suggesting the Department of Justice does not exercise complete control over its U.S. attorneys, says Lynch.

“It’s localized legal culture,” says Lynch, “Federal courts are embedded within communities where there are norms around punishment and crime.” Local offices set their own priorities, argues Lynch. Take the Southern District of New York, which encompasses New York City. As the hub of the finance industry, its prosecutors tend to focus on complex financial crimes, and the office’s culture reflects that.

Correction: An earlier version of this story incorrectly identified the districts that sends the most people to prison for immigration offenses. They are the Southern and Western Districts of Texas. Also, the story earlier misstated the year when prison sentences for immigration were at their highest point. It was 2011.