Your Loved One Dies. The Prison Leaves a Voicemail.

Policies for notifying families about inmate deaths vary by state. Some say the process is often inhumane.

Early one morning in April 2016, Linda Reza was at work at a fabric sample factory in Ontario, California, when she got a call from an unknown number. She wasn’t supposed to use her phone at work, so she slipped out to the bathroom to check her voicemail.

“Yes, hello, this message is for Linda Reza, stepmother of inmate Rocha, Erika, here at California Institution for Women,” said the caller, who identified himself as a lieutenant at the Chino, California, prison. “It is imperative that you contact the facility as soon as possible. We have some information relative to your stepdaughter’s demise.” Before hanging up, the man added, “We’re deeply sorry ma’am ... you have our extended sympathy for your loss.”

This story was published in partnership with McClatchy.

Reza was floored; this was the first she had heard about her stepdaughter’s death. Crying and in shock, she dialed the number back. The lieutenant answered, and told her that guards had found Rocha the night before, hanging in her cell. 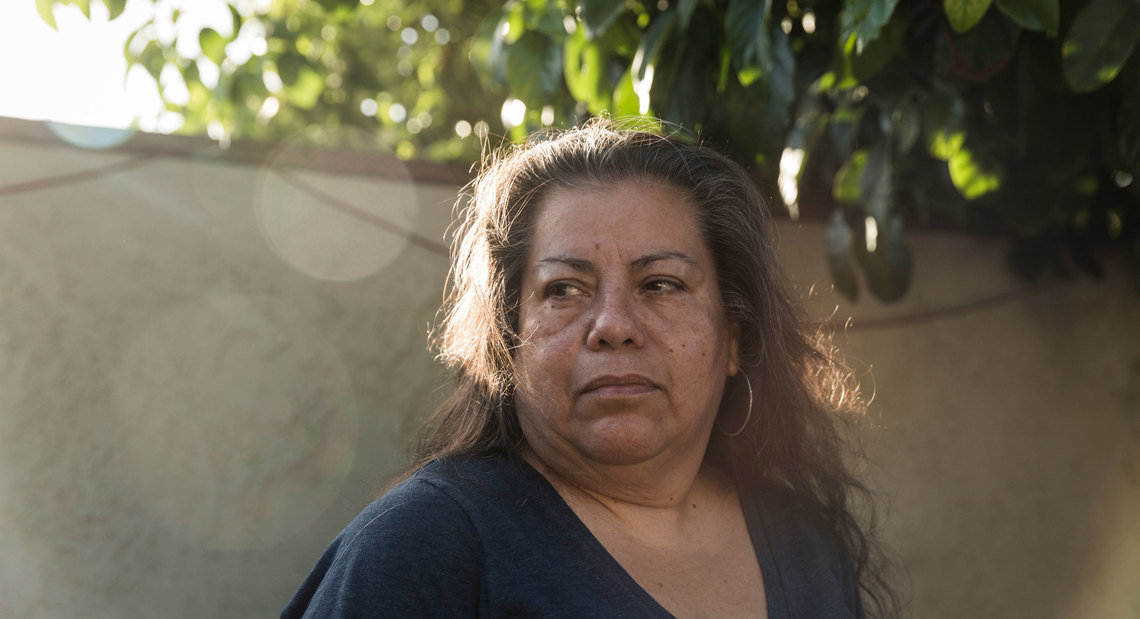 Prison officials left a voicemail for Linda Reza informing her that her stepdaughter, Erika Rocha, had died.

Emily Berl for The Marshall Project

Experts say the least traumatic way to inform people of the death of a loved one is to do it gently and in person. When military prisoners die, they are treated the same as other service members: A chaplain and a designated “notification officer” visit the family at home to inform them, often sitting with them while they absorb the news. The same process is used by most police departments with families of crime victims.

But when someone dies in prison, there’s no such procedure. In many situations, closest relatives are informed of loved ones’ deaths through voicemails, text messages and letters, according to advocates and families of incarcerated people. It can take days or weeks for them to find out. Families say the way they were notified ends up being the searing, specific detail that pains them long after their loved one is buried. 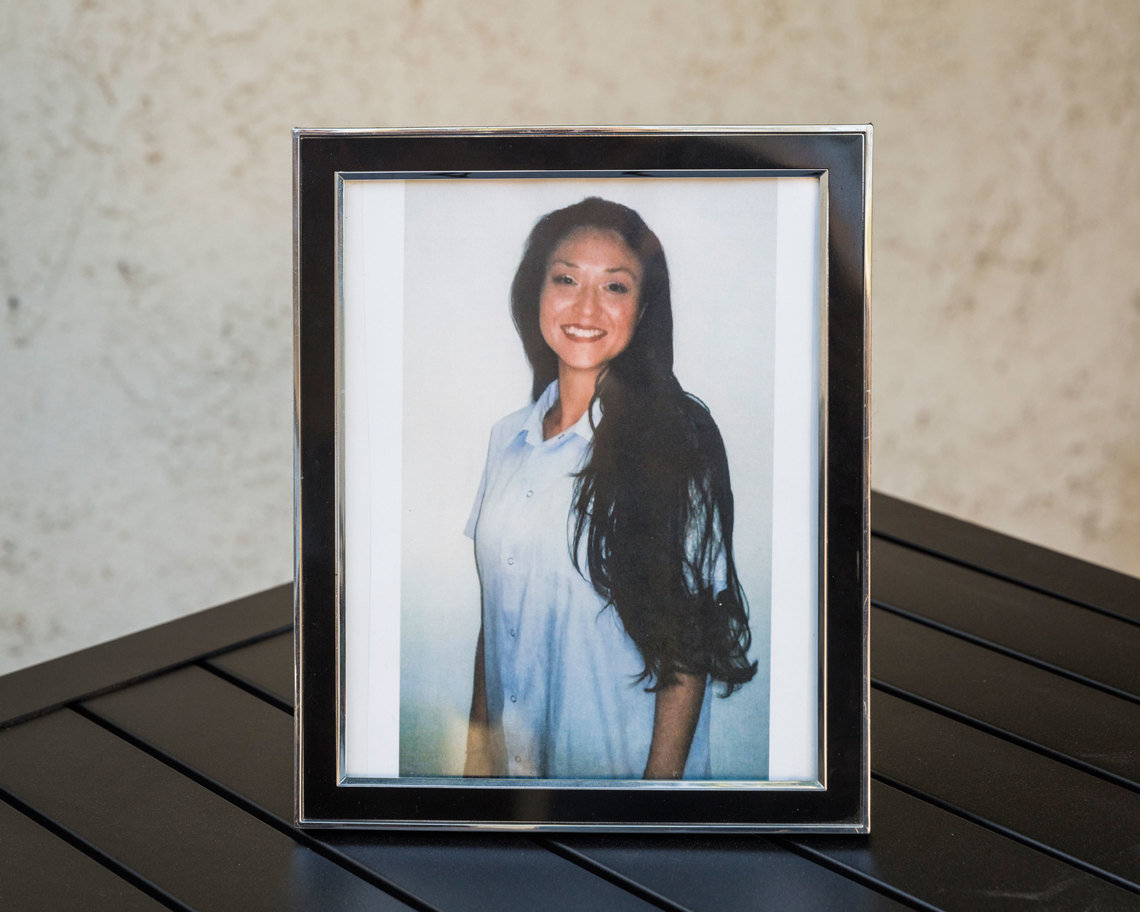 Erika Rocha committed suicide at the California Institution for Women in April 2016.

Emily Berl for The Marshall Project

In some cases, families aren’t notified at all. The California Department of Corrections settled a lawsuit in 2016 out of Sacramento, where officials at Mule Creek State Prison never contacted inmate Joseph Duran’s family about his death. His parents only learned he had died when a Sacramento Bee reporter called and informed them, months later. By then, a nearby funeral home had already cremated Duran’s body and scattered his ashes off the coast of Marin County, which went against the family’s Catholic beliefs.

Bill Sessa, a spokesperson for the CDCR, said he could not comment on specific cases. “We recognize the importance of being sensitive in these situations, and we fully understand it is a difficult time for the family,” he wrote in an email. “Our goal is to communicate with the person’s next-of-kin as quickly as possible.”

Death notification policies vary among corrections departments. Many states, including Texas, New York, Florida, and the District of Columbia, have a prison chaplain deliver the news. It most often takes place over the phone, or through a letter, if someone can’t be reached. In the federal Bureau of Prisons, a warden or chaplain makes the call, followed by a “letter of condolence.”

In California — where 334 inmates died in 2016 — a warden, lieutenant or counselor should use “all reasonable means” to contact family members, according to the corrections department policy. The policy includes a script, which opens with “I regret to inform you,” and says that the remains have been released to a mortuary and must be claimed within 48 hours or “disposition must be made as provided by law.” The script ends with, “We extend our sympathy in your loss.”

CDCR spokesperson Sessa said in-person notification would be preferable, but a phone call is often more practical because of the distance and need to inform families quickly. Though there isn’t a designated person to deliver the news, he said it is often done by someone with years of experience who knows how to handle the situation sensitively. California’s policy was created in the 1990s and has been revised several times “to focus on notifying the family of the death without compromising health privacy laws or security,” he said.

But several inmates’ families said that a hurried phone call or terse letter felt like a symbol of how the system viewed their sibling, parent or child and, by extension, them. “This is one of the first things I hear about [from clients],” said Lori Rifkin, an Emeryville, California, attorney who has handled numerous wrongful death lawsuits for families whose loved ones died in jail or prison. (She is representing Rocha’s family, including Reza, in its lawsuit against CDCR, which claims the prison failed to provide proper mental health care.) “They want to tell the story and how harmful [the notification] was, and there’s no legal claim for that. It ends up being the thing that they’re never able to feel like they get a hearing on.”

Now, a group of advocates is lobbying lawmakers to change the state’s policy and ensure that families are dealt with more delicately. “There has to be a gentler, more humane way of letting them know,” said Romarilyn Ralston of the California Coalition for Women Prisoners, a San Francisco-based organization of prisoners’ family members and formerly incarcerated people.

Advocates say telling people in person would be ideal, but acknowledge that would be difficult to implement and hard to sell to policymakers and officials. Even small changes to the state’s policy, they say, could make it more considerate.

For example, the Coalition says the state’s script should start by asking family members if they’re in a safe place to talk about sensitive information — that way no one would find out about the death of a loved one while stuck in traffic or in the middle of their office. Euphemistic words like “remains” or “disposition” should be replaced by clearer language, like “body” and “release.” And no one should find out through a voicemail.

Advocates tried and failed to change this language through the state legislature. Instead, they’re continuing to speak with lawmakers, as well as corrections officials and other stakeholders, to raise awareness of this rarely discussed issue. It’s part of a larger effort to improve mental health care within California state prisons, which saw a recent increase in suicide among incarcerated women.

Short of rewriting the script for death notification, state Sen. Connie Leyva, a Democrat from Chino, is trying to change the guidelines around informing families of serious incidents, after speaking with advocates for the Coalition. According to the current policy, family members should be contacted in the case of serious illness or injury, but many say that rarely happens.

Terri Sunday said her daughter Amber Williams has attempted suicide multiple times and, most recently, was attacked by another prisoner at the Central California Women’s Facility, in Chowchilla, California. Sunday said she was never called, and found out instead through letters and emails from other inmates. “Everything is secretive,” Sunday said. “I’ve been dealing with the prison for 20 years, and I’m still stonewalled at every turn.”

CDCR spokesperson Sessa said he could not comment on an individual’s medical information, but that families are informed if there is an “imminent threat of death.” The decision to contact next-of-kin is made by medical staff and not correctional officers, he said.

Leyva has introduced a bill that would require California prison officials to tell families about suicide attempts, serious illness, injury, and deaths within 24 hours, as part of a larger bill mandating that they report to the state legislature on their efforts to prevent suicide. Under the current policy, there is no time limit to make these notifications, and families are not informed about suicide attempts.

“It’s critical that we let families know. It’s just a matter of respect,” Sen. Leyva said. “I think sometimes people forget that they’re dealing with someone’s loved one. Being a mom myself, I can’t imagine not knowing for weeks what happened to my child.” Leyva’s bill passed the state senate in late May, and is now being considered by the state assembly.

Takis Kalatzakis was not notified for three days when his son, Dimitris, died at Salinas Valley State Prison in Soledad, Calif. Manny Crisostomo for The Sacramento Bee

It took three days for California prison officials to tell Takis Kalatzakis that his son Dimitris was dead. He found out through a telegram, dropped at his house in San Jose, California, one Monday evening in 2013. According to Kalatzakis, the letter simply said that Dimitris had died and that Kalatzakis had 24 hours to claim his body. (CDCR policy states that families have 48 hours.) Kalatzakis would later find out that Dimitris had been beaten and strangled to death by his cellmate at Salinas Valley State Prison in Soledad, California.

Five years later, Kalatzakis still can’t believe how he learned about his son’s sudden, violent death. “I was in shock,” said Kalatzakis, who was alone when he received the telegram. While setting a 24-hour time limit for notification would help, he said, it doesn’t go far enough. “The way they told me is something I’m never going to forget. [It’s like] I’m nothing.”