Sent to a Hospital, But Locked in Prison

Despite years of criticism, New Hampshire has no place but prison for the dangerously mentally ill. 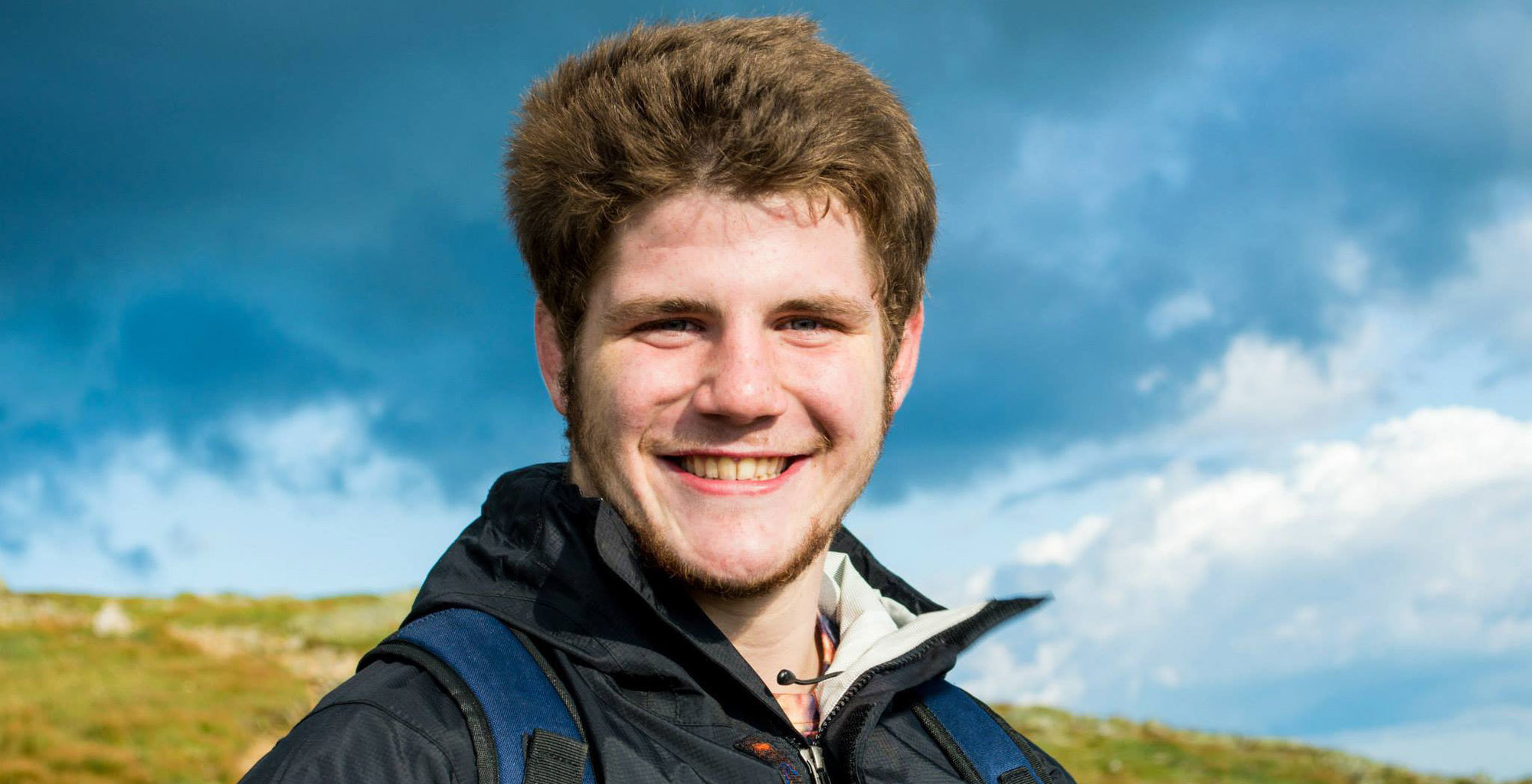 Andrew Butler, who needed psychiatric care, was transferred from a hospital to a prison last year in New Hampshire. Wyatt Farwell
By Taylor Elizabeth Eldridge and Ashley Nerbovig

Andrew Butler’s hallucinations and paranoia began last summer. When they persisted into the fall, his father agreed to have him civilly committed — involuntarily sent to the state psychiatric hospital to receive treatment. A few months into his stay at New Hampshire Hospital, Butler was transferred.

National advocacy groups say New Hampshire is the only place in the country where the ward for people at risk of hurting themselves or others, called a secure psychiatric unit, is located in a prison.

In other states, psychiatric hospitals have units for people who need closer scrutiny, such as severely suicidal or potentially violent patients. New Hampshire Hospital, which was built in the late 1980s, does not have a secure wing. The secure psychiatric unit at the prison has remained the only option for those high-need patients.

There, men and women who have not been charged with a crime are dressed in prison jumpsuits, photographed and held in isolation up to 23 hours a day. They live side-by-side with convicted inmates who have significant mental health problems, people found not guilty by reason of insanity, and people undergoing evaluations to determine if they are competent to stand trial. They are guarded by state corrections officers and can be shocked or held in four-point restraint — strapped to a bed by their arms and legs — if they refuse medication, relatives say.

“That’s not a hospital, it’s a prison,” said William Soler Sr., whose son, who has schizophrenia, has been held in the secure unit for more than a year. “That’s a hell in there.”

The secure unit at the New Hampshire State Prison for Men can hold up to 65 people, and at any given time, at least 20 of those have been civilly committed, said Andrew Milne, a staff attorney with the Disability Rights Center of New Hampshire.

Years of reports and recommendations have condemned New Hampshire’s policy, but the state has not followed through on proposed changes. Lawmakers have approved measures allowing the transfers over and over again.

Donna Sytek, a Republican legislator for almost two decades and a former speaker of the House of Representatives, was in office when the practice of transferring patients to prison began. She said putting the most dangerous patients together is the most efficient and budget-conscious solution.

“It is a small number of violent, civilly committed patients,” said Sytek, now chairwoman of the state Parole Board. “They need to be in a place where they can be treated without having staff be put in jeopardy.” Though it is rare for an SPU patient to appear before the parole board, the ones that do have positive things to say about their treatment, Sytek said.

Butler’s case, publicized by his friends and family, recently drew renewed attention to New Hampshire’s unique practice. Butler, now 21, was a student at Worcester Polytechnic Institute in Massachusetts but left school after a particularly difficult semester. His issues started on a trip to Vermont with some friends where he took drugs that caused him to hallucinate. The hallucinations persisted and paranoia set in. His father said Andrew’s habit of running through the woods and punching trees caught the attention of local law enforcement and ultimately led to his commitment.

Andrew Butler said he never received any one-on-one therapy while in prison — only group therapy in cages. “They take you out of solitary and put you in a cage,” Butler said.

With the help of an attorney, Butler sued for his release under a federal recourse known as habeas corpus, which says a person cannot be kept in prison without a valid legal reason. He was released in June, just weeks after the suit was filed.

At the SPU, patients and inmates can spend anywhere from 20 to 23 hours a day in their cells, despite reams of research showing that solitary confinement and isolation can be detrimental to mental health and exacerbate symptoms of mental illness. Shower time is typically in the morning, when they are handcuffed and taken to stalls. The rest of the time is spent finding ways to keep busy in the cells — pacing, talking to themselves or shouting to communicate with those in neighboring cells.

The New Hampshire Department of Corrections, which runs the prison and the unit, declined multiple requests for comment.

When Eric Largy arrived at the Secure Psychiatric Unit in the fall of 2010, he said he was stripped of everything, including his glasses. “I couldn’t see. I was naked under a smock and walking around barefoot,” he said. “I had to go to treatment meetings like that.” (Patients can sometimes have glasses if they make a special request to the treatment team that is approved by the psychiatric provider, state DOC policies say.)

Some inmates would prey on the mentally ill, Largy said, stealing their food and shoes and trying to provoke them to do something that would land them in trouble. “I had to intervene and try to help people,” Largy said.

At first, he didn’t much like the other people in the unit, but as time went on, Largy says he grew more and more disturbed by what he witnessed. “As a human being, I had to look at their suffering day in and day out,” he said. “I had to advocate for people I didn’t even care for.”

Largy was civilly committed in November 2010 after being accused of kidnapping and beating his father, the retired chief of the Nashua, N.H., police force.

After five years in the prison, Largy was transferred to the hospital and released shortly after. Since his unconditional release, Largy maintains that he is not mentally ill and has been working to reconcile with his family.

In the prison ward, loved ones say, treatment is either violent or nonexistent.

In the spring of 2016, a judge ordered Anthony Heath involuntarily committed to New Hampshire Hospital for treatment of his schizoaffective disorder, which caused him to suffer from delusions and hallucinations. The judge dropped assault charges against Anthony, determining that he needed treatment, not incarceration. “I was so relieved when he went to the hospital,” said Anthony’s mother, Nancy Heath. “He’s finally going to get some help.”

Anthony was transferred to the prison a few weeks later. When he refused to let staff take blood for testing, he was tasered and placed in four-point restraints while his blood was drawn, records show. Nancy Heath was horrified when she found out. “I don’t care if you’ve got him in handcuffs or not, he’s still a patient,” she said. She reached out to anyone she could think of for help — the state licensing and certification office, the state police, and the state nurses association. Each time she was referred back to the Department of Corrections.

In the state psychiatric hospital, patients have the right to refuse treatment. If a patient is at risk of becoming violent, the hospital can petition the court for an emergency order to give the patient his or her medication against their will for a short period of time. “We don’t tase people to give them their medications,” said Alexander de Nesnera, New Hampshire Hospital’s chief medical officer.

A judge told Soler’s family he needed a hospital, not prison, after he was charged with attempted murder, his father said. The younger Soler was declared not competent to stand trial, said his public defender, Tracy Scavarelli. He was evaluated and sent to the SPU.

Soler Jr. has schizophrenia, but medication makes his symptoms better, his dad said. He has been in the hospital before and responded well to treatment. But the SPU is a different story.

Despite receiving patients directly from the hospital, the SPU is not recognized as a hospital by the Joint Commission, a nonprofit organization that provides accreditation to healthcare facilities across the country.

“It’s psychiatry with a vulnerable population, being practiced in a regulatory black hole,” said Beatrice Coulter, a nurse who briefly worked at SPU before quitting after she said she witnessed mistreatment on the ward. She has since lobbied the state legislature to abolish the practice entirely. “Standards have fallen to accommodate a lack of resources, rather than standards demanding resources,” she said.

In August 2016, a complaint was filed with the Department of Justice alleging that placing civilly committed patients in the prison is a violation of their civil rights. Advocates say they haven’t heard back from the agency about looking in to the complaint.

The Disability Rights Center, a nonprofit given special authority under federal law to protect and advocate for people with disabilities, has been part of several lawsuits regarding mental health care in New Hampshire. Milne said he could not comment on conditions in the SPU or its constitutionality because of a related ongoing investigation at another wing in the prison.

The agency is opposed to the use of the SPU to hold the noncriminal mentally ill, Milne said, because once patients are in, it can be incredibly difficult to get out. “You can be deemed ready for discharge by SPU but still wallow in there for months or years because New Hampshire Hospital doesn’t have a bed,” Milne said.

A 2017 policy report done by the Nelson A. Rockefeller Center at Dartmouth College presented four alternatives to a state committee created to study involuntary commitment: add security to New Hampshire Hospital; build a new, secure hospital for patients who are a danger to themselves or others; use assisted outpatient treatment; or transfer committed patients out of state.

The use of SPU for the mentally ill in New Hampshire goes beyond being a symptom of an overburdened mental health system, said Democratic state Rep. Renny Cushing, a longtime advocate of changing the practice. “It’s a symbol of outright hostility against people with mental illness.”