When Trying to Help Gets You Fired

For some cops, offering a hand could mean losing your job.

In May 2016, Stephen Mader arrived at the scene of a domestic disturbance and quickly realized the young black man standing before him was in emotional distress. Mader asked the young man, R.J. Williams, to drop the pistol he was holding in his right hand.

“I can’t do that. Just shoot me,” Williams replied. Mader, who is white, recognized that Williams was attempting suicide by cop and did not shoot. Instead, he tried to deescalate the situation.

When backup arrived, Williams raised his gun in their direction and the officers fired, killing him.

A few weeks later, Mader was ousted by the police department of Weirton, West Virginia, for failing to eliminate a threat.

Mader is not alone. Across the country, police officers have been disciplined for doing what they believe is the right thing. 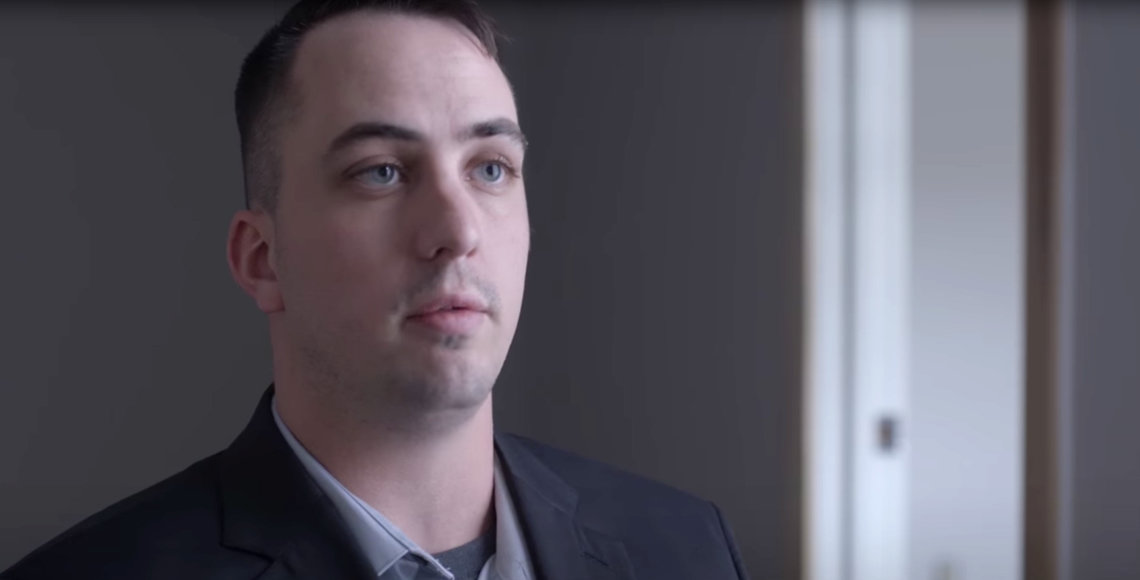 Stephen Mader, a police officer in Weirton, West Virginia, was fired after not shooting a mentally ill man who was holding an unloaded gun in 2016.

A recent video from Newark, New Jersey, in which a man jumped up and down on police cars—damaging the vehicles as officers and bystanders looked on—has sparked debate about whether police can show too much restraint.

The officers were suspended for failing to intervene.

“We should not confuse restraint with a lack of response,” Newark Public Safety Director Anthony Ambrose said in a statement. “If they did not help themselves, then how can we expect them to help the citizens that they serve?"

In the fall of 2006, Cariol Horne, then a police officer in Buffalo, New York, responded to a call of an officer in trouble. With the other officers at the scene, Horne helped bring the handcuffed suspect out of the house. On the walk from the house to the police cruisers the officer who made the arrest put the suspect in a chokehold from behind.

“He couldn’t control himself,” Horne said of the officer. She tried to intervene, pulling Officer Greg Kwiatkowski’s arm from around the man’s neck. That’s when Kwiatkowski turned and punched her in the face, Horne said. Horne was later fired for the incident, after Kwiatkowski alleged she tried to interfere with an arrest.

Advocates are concerned about the message disciplinary actions send to other officers.

The ACLU of West Virginia helped bring a lawsuit against Weirton on behalf of Mader in 2017. Not only was Mader wrongfully terminated for his actions that night, his lawsuit alleged, but he was also subject to harassment and retaliation. Court documents reveal Mader received threatening text messages, and one officer even showed up to Mader’s class and cursed at him in front of his classmates and teacher.

Legally, deadly force can only be used if the target is posing an immediate threat of serious harm or death to others. “Once Stephen Mader came to the conclusion that R.J. was suicidal he had a constitutional obligation to deescalate the situation,” Cohen said.

The other officers reached a different conclusion that night. Though R.J.’s girlfriend had told dispatchers that his gun was unloaded and he was suicidal, the other officers were only told that he had a gun, and they didn’t witness the conversation Mader had with Williams.

The city settled with Mader for $175,000. “We need to end this hostility towards communities that we see in far too many police departments,” Cohen said. “Communities deserve compassionate and thoughtful law enforcement.”

Mader has not returned to policing. “There’s a cultural of insularity in American policing, and Stephen didn’t fit into that culture,” Cohen said.

In Buffalo, Kwiatkowski rose through the ranks after his incident with Horne. In 2014, he was indicted, and later pleaded guilty to charges of excessive force during an arrest of four teenage boys. Last month, a jury found the other officers involved in the incident not guilty.

Though Horne now lives in North Carolina, she has not returned to policing. “Even now I’m ostracized, like it was me beating on the citizen,” she said. Now a truck driver, she continues to fight with the state over the pension she says she is owed. Despite the fallout, she doesn’t regret her actions that night in 2006.

“If I don’t stand up for myself, who else is going to?” she said.