Dallas cops who were veterans fired their weapons more than those who never served in the armed forces, study shows.

Dallas Police Department officers with military experience were significantly more likely to have discharged their firearm while on duty than cops with no military service, a study reported this month.

Researchers at the University of Texas School of Public Health in Dallas examined the U.S. Armed Forces records of officers in the local police department and published their report in the Journal of Public Health on Oct. 3. They billed the study as the first of its kind and found that regardless of their deployment history, cops who were military veterans were more prone to shooting incidents. 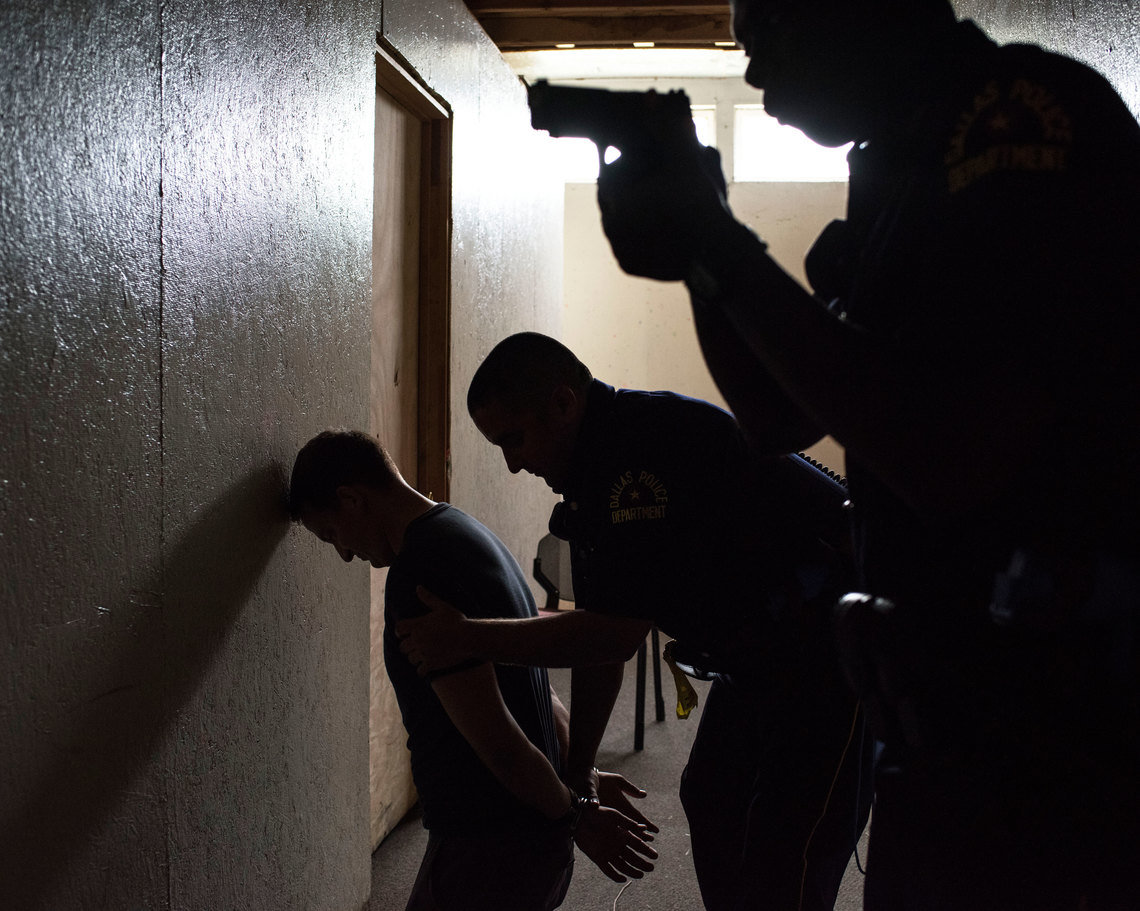 Dallas Police Academy recruits participate in a training in 2017.

In a 2017 investigation, The Marshall Project found that officers in Boston and in Miami with military experience were more likely to have a use-of-force complaint filed against them. In addition, one-third of the 35 fatal police shootings in Albuquerque from January 2010 to April 2014 involved cops who were military veterans.

The Texas researchers looked at 10 years of Dallas police and military records going back to January 2005. They examined an officer’s on-duty shooting history, race, gender, age-range, veteran status, branch of military and whether the person was deployed to Iraq or Afghanistan. Researchers could not determine if the overseas assignments were in a combat zone. Only 10 percent of those who were deployed were sent to Iraq or Afghanistan after 9/11.

In total, 516 cops—with and without U.S. Armed Forces experience—were examined. Close to one-third of officers involved in a shooting had a military background, researchers found. Military veterans made up 16 percent of officers who had no shooting incidents.

Though 6 percent of the general population has served in the military, 19 percent of police officers are veterans, according to an analysis of U.S. Census data performed by Gregory B. Lewis and Rahul Pathak of Georgia State University for The Marshall Project. Policing is the third most common occupation for veterans, behind truck driving and management.

“Future studies should identify the effects of traumatic exposures—including combat exposure—on the behavior of veteran” police officers, researchers wrote in the Dallas analysis. Dallas Police Department spokesman Sgt. Warren Mitchell said the command staff hadn’t been briefed on the study, and until then, the agency would have no comment on the findings.