A Sentence for Felony Murder—and the Consequences of Hope

In March 2003, I agreed to commit a crime. The plan was for me to grab some marijuana and run. No weapons were to be used. If so, I would not have agreed to it. I thought no one would call the police for stealing their weed, and that would be the extent of the harm. I never imagined a death.

In our fake drug deal plan, someone I knew only in passing was recruited as the getaway driver. After I grabbed the weed, it appeared to me the driver began punching the young man. I got out of the car and yelled, “What the heck are you doing? Get back in the car!” I would soon find out he used a knife. Much later, I learned he was schizophrenic and hadn’t taken his medications.

As for me, I was 18, homeless, abandoned by my parents. I had dropped out of high school and used marijuana regularly. Yet I was basically a good kid—I respected my elders, made people laugh and welcomed those who felt left out. I was smart and had ambition. I didn’t yell or have violent outbursts. I had never held a gun.

I was arrested at 2 a.m. the next morning. I did not know what the charges were: Maybe robbery or possession of weed? I was scared and regretted my actions immediately. At the police station, I went through the procedure of stripping out, fingerprinting, DNA swab, etc. Then in the interrogation room I learned the young man had died. I cried hysterically. I quickly explained my role. After an exhausting interview, the detective informed me I was going to be transferred to county jail, charged with robbery and murder.

The charges confused me. But I could not worry about that because I was headed to my first experience with incarceration. There was no bail option for me. I was frightened. Other incarcerated men told me I could ask the law library for the law relevant to my case. A few days later, I received a stapled copy of the felony murder statute. The language was confusing, and I found myself looking up words in each sentence. After decoding it, I realized that because I committed a robbery, I was equally guilty of the murder. Reality settled in. 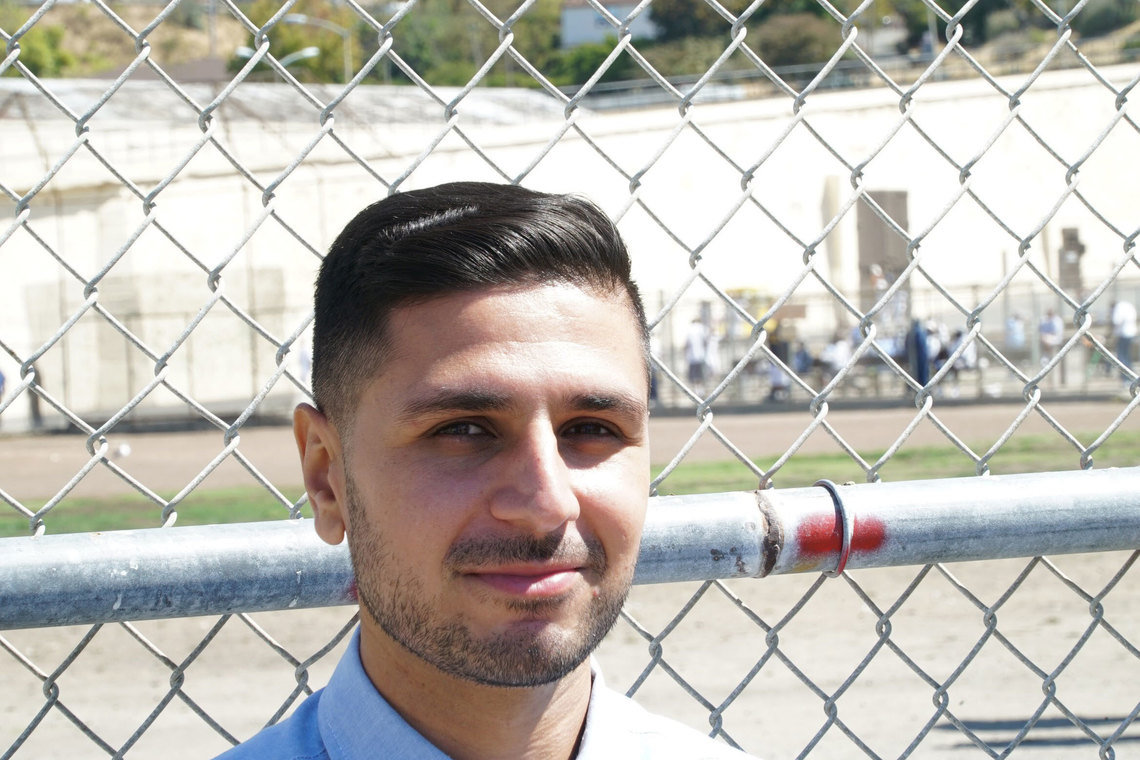 A conviction carried a sentence of either 25 years to life, life without the possibility of parole or the death penalty. The prosecution chose to charge me with a special circumstance and to seek life without parole.

Months passed, then years, before my trial. I fasted, read, wrote and finished my high school diploma. Yet it became hard to stay positive. I stopped caring about my appearance, ate little and slept inconsistently.

I continued to “study law” and finally realized I was not on trial for murder, but for the intent to commit a robbery. If the jury found me guilty of that, as I absolutely was, then I was deemed guilty of first-degree murder. The law carried a mandatory sentence of 25 years to life.

After four years, my trial finally came. I was found guilty and sentenced to 25 years to life.

I was sent to a maximum security Level 4 prison. My family hired an appellate attorney. I begged them not to. According to the law, I was absolutely guilty of an intent to commit a robbery. During the next five years, I saw race riots, men brutally stabbed and die from failing health or old age. I prayed and fasted earnestly, begging forgiveness and asking God to keep me protected.

My next piece of legal mail read, “Appeal Denied.” My family fired my attorney and hired another. Once again, I told them not to. After five years in Level 4, I was transferred to a slightly lower level prison in Solano.

Ramadan came that Spring, and I was eager to participate. I fasted, prayed, gave charity, begged for forgiveness and gave every ounce of myself to God. I allowed myself to hope for the first time in nearly 10 years.

Right after Ramadan, a guard said I had legal mail. I believed God was answering my prayers. I quickly put on proper attire and excitedly made my way to get the letter. I opened it to find my last and final chance for an appeal denied. I put the letter back and crunched the envelope.

I continued to educate myself and keep my faith, but the rest of my time in Solano was painful. I was depressed, and when not working, stayed within my cell.

Three years later, I was transferred again, to the Level 2 prison at San Quentin. I joined groups and programs, eager to contribute to something positive. Then a California Senate bill passed, mandating that people who committed crimes at age 17 or under sentenced to 25 years to life must have an opportunity for parole. I was surprised that a bill would pass for incarcerated people. Almost immediately, juvenile lifers found their sentences reduced and were deemed suitable for parole.

Though it didn’t affect me, something was in the air. About a year later, more bills passed and more guys were going home. I felt hope rising again but this time tamed it. I felt more comfortable living in the reality that I had nearly 13 years in and 12 more to go before the opportunity for a parole hearing.

Then, another criminal justice reform measure materialized: Senate Bill 1437, proposing to change the felony murder rule so that it would only apply to co-defendants who shared the intent to kill. I put little faith in it, but followed it as it went through the Legislature.

To my shock, it passed. Gov. Jerry Brown signed it. It was a miracle I had not allowed myself to hope for.

Am I letting anxiety get the best of me? Perhaps. I know disappointment. The reality is each day I still wake up in my cell. If freed, I will never be released from the fact that a life is gone related to an activity I took part in, even as the law redefines my responsibility. But yes, I can allow hope to return, if not for myself, then many others like me who had long denied themselves permission to dream.

Adnan Khan is a co-founder of Re:store Justice and is currently incarcerated at San Quentin State Prison.

Postscript: Authored by state Sen. Nancy Skinner, California SB 1437 allows for those who did not kill anyone but were nevertheless sentenced to life imprisonment under the felony murder rule to petition the court for resentencing. At a hearing on Jan. 18, a judge set aside Khan’s murder conviction and ordered him released. A spokeswoman for Re:store Justice said he will be moving to a reentry home in Oakland.