The Case Against Cannabis

A journalist’s pursuit of the truth about marijuana, mental illness and violence.

Alex Berenson is probably best known as the author of the John Wells espionage thrillers, 11 of them so far, but until 2010 he was a reporter, including for 11 years at The New York Times, where his assignments ranged from the pharmaceutical industry to Hurricane Katrina.

He did two reporting tours in Iraq. That battleground may seem relatively tame compared to the response when his new book goes on sale.

“Tell Your Children: The Truth About Marijuana, Mental Illness, and Violence” is an intensively researched and passionate dissent from the now prevailing view that marijuana is relatively harmless. The book is a “bullhorn” (his word) for scientists and physicians whose research has, he argues, been drowned out by the triumphal cheers of the marijuana lobby.

The Marshall Project: Alex, you’re really swimming against the tide. Both public opinion and the law have moved dramatically in favor of marijuana, and you’re arguing that pot is connected to psychosis and violent crime. Before we get to your evidence, what drew you to this subject?

Alex Berenson: My wife Jacqueline is a forensic psychiatrist. She evaluates the criminally mentally ill. She told me that nearly all her patients had used marijuana heavily, many at the times of their crimes. At first I didn't really believe her—stupidly—but she encouraged me to evaluate the evidence myself. And the more I read, the more I realized she was right. Marijuana drives a surprising amount of psychosis, and psychosis—besides being a terrible burden for sufferers and their families—is a shockingly high risk for violent crime.

TMP: Last I checked, 33 states and the District of Columbia had legalized marijuana specifically for medicinal purposes. Doctors are apparently prescribing pot for pain, Parkinson’s, PTSD, epilepsy, multiple sclerosis and most recently some forms of autism. Pot has been held out as an answer to the opioid crisis—pain relief without the risk of a lethal overdose. Are you saying all these politicians and doctors are deluded?

AB: This question fundamentally misunderstands medical marijuana. The confusion is not surprising, as the cannabis advocacy community has done everything possible to confuse the way medical legalization works in practice. Marijuana is not "prescribed" for anything. It can't be, because the FDA has never approved it to treat any disease, and there is little evidence that smoked cannabis or THC extracts help any of the diseases you mention, except pain. Physicians "authorize" its use, usually after very short visits by patients who have come to them specifically to receive an authorization card. By far the most common conditions for which medical marijuana is authorized are pain and self-reported psychiatric conditions such as anxiety and insomnia, not diseases such as Parkinson's. 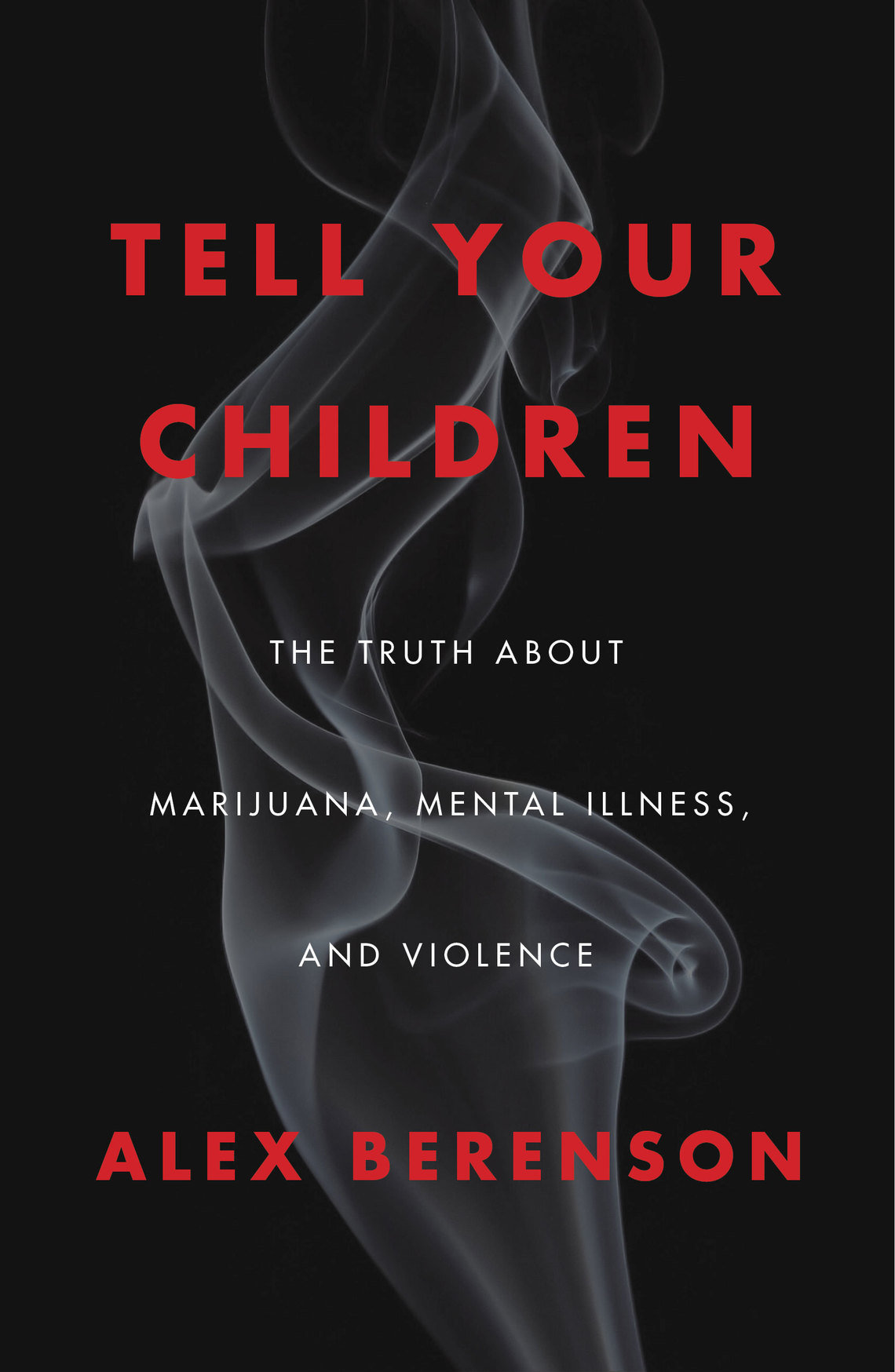 After receiving an authorization card, "patients" can then buy as much marijuana as they like for a year for any reason they choose. Nearly all were recreational users before they became "patients." And there is no difference between medical and recreational marijuana. They are the same drug. Further, the vast majority of physicians will not write authorizations, at least according to the states that keep track of physician authorizations. A tiny number of doctors—so-called "pot doctors"—write nearly all of them.

In other words, in nearly all cases, medical legalization is simply a backdoor way to protect recreational users from arrest. This has been a terrible mistake, mainly because it has further confused the public about marijuana's relative risks and benefits.

TMP: Your other—perhaps more contentious—conclusion is that marijuana may contribute to increases in violent crime. As you know, establishing causal links between crime rates and, well, anything, is extremely tricky. What convinced you that pot is a culprit?

AB: Psychosis is a known factor for violent crime. People with schizophrenia commit violent crime at rates far higher than healthy people - their homicide rates are about 20 times as high. Worse, they commit most of that crime while they are under the influence. Since cannabis causes paranoia—not even advocates dispute that fact—and psychosis, it is not surprising that it would drive violent crime. And in fact there are a number of good studies showing that users have significantly higher violence rates than non-users. Further, in researching the book, I found many, many cases where the causation appeared clear. In some cases it was as simple and obvious as, this person—with no history of violence—smoked, became psychotic, and committed a homicide.

TMP: You write that you don’t believe people should go to prison for using marijuana. How should the law deal with pot? Should it be regulated? Should it carry a warning label?

AB: We need to spend a lot of money warning people—especially young people—about these risks. We've successfully driven down tobacco use. We can do the same with marijuana use. I don't favor full legalization because that creates an industry with a financial interest in low taxes and increasing use. Decriminalization is a reasonable compromise.

TMP: In your Times op-ed, you suggest that the ominous scholarly findings have been ignored thanks to legalization advocates and the private cannabis industry. Is it just that they made a more convincing argument, that they were louder, or is something else going on?

AB: Linking legalization to medical use was a brilliant decision. No one wants to deny terminal cancer patients or people with AIDS a medicine that might help them. They were also supported by a lot of people in the elite media who became convinced by the social and racial justice arguments and didn't do the work necessary to understand the science and health risks.

TMP: You refer to the social and racial justice arguments. You agree that there are real racial disparities in the treatment of drugs, including marijuana? How do they figure in the larger debate about legalization?

AB: I do. But legalizing marijuana will not solve those disparities—they are related to much broader criminal justice and social issues. In fact, not so long ago, many black and Hispanic leaders strongly opposed legalization, because they saw the way Big Tobacco and Big Alcohol targeted poor and minority communities. And support for legalization is still lower among African-Americans and Hispanics than whites.

TMP: You chose as the title of your book “Tell Your Children”—which was the original title of “Reefer Madness,” the comically alarmist 1930’s anti-marijuana propaganda film. Why?

AB: I expected I would face serious backlash for this book and instead of running from it I decided to lean in. As far as I'm concerned, I'm a journalist, not an advocate—I'm just the messenger for a bunch of scientists and physicians who are too busy researching and helping patients to waste time on talk shows—but I knew how the book would be received.

TMP: Malcolm Gladwell, a pretty good guide to the zeitgeist, calls your book a "worst-case scenario," but seems to agree with you that benign view of pot has been greatly oversold. He says the best-case scenario is that we muddle through, adapting to marijuana as we have to the "once extraordinarily lethal innovation of the automobile." Your thoughts?

AB: I really liked Gladwell's piece. I don't think I'm presenting a "worst-case scenario," though—I am trying to discuss harms that have largely gone unnoticed for far too long. And I think that comparing the legalization of a powerful intoxicant to the invention of the automobile is a stretch at best.

TMP: Forgive the obvious question, but have you smoked/vaped/consumed the drug in question?

AB: To me, that's not so much obvious as irrelevant. But yes, I have used it a handful of times in my life, in college and thereafter. This was mostly in the 1990s, when cannabis was much weaker. To be honest, knowing what I know now, I don't think I would be comfortable using the current high-THC versions.