The Marshall Project launches a print publication that will be distributed in prisons and jails. 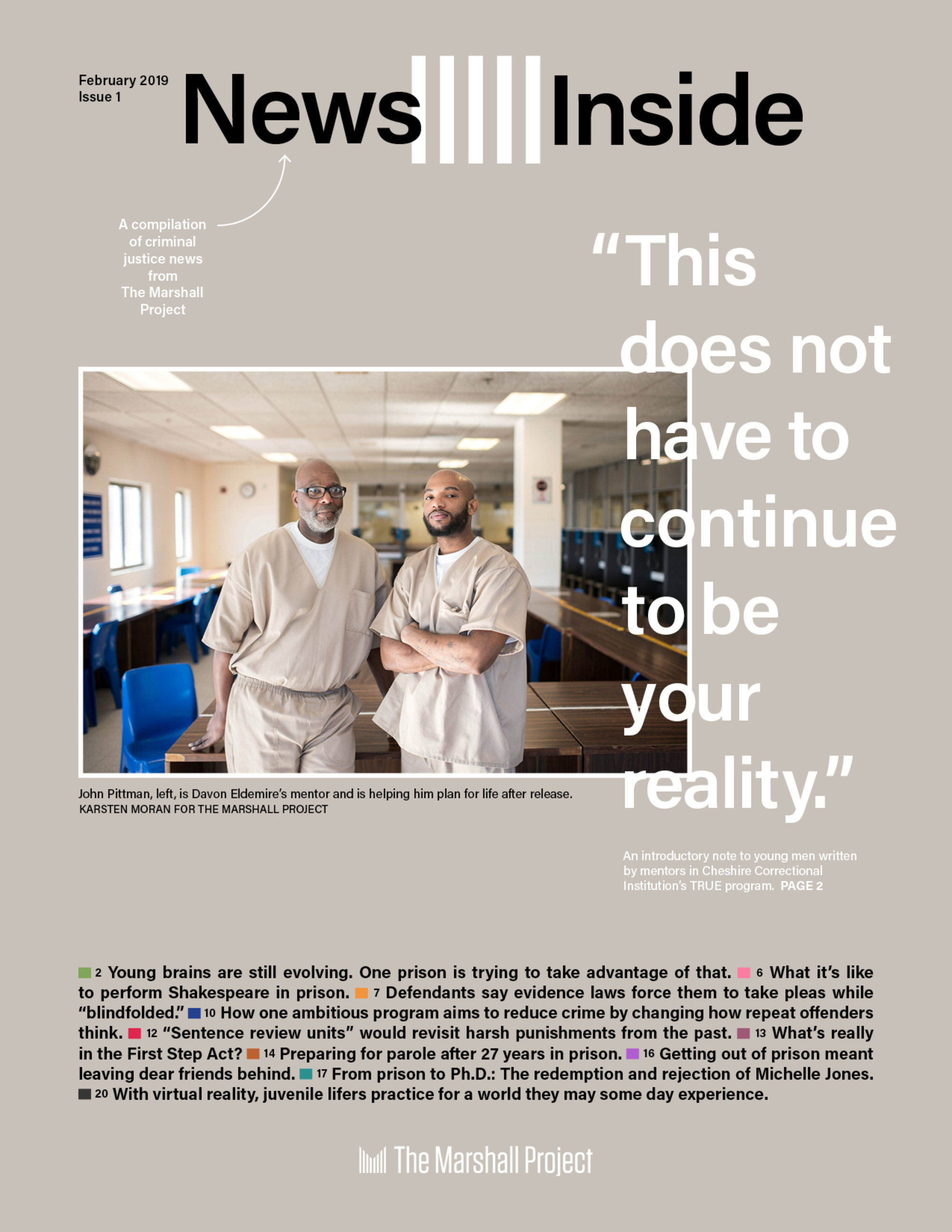 By Lawrence Bartley
News Inside is a print publication distributed in hundreds of prisons and jails across the United States.

As I was trying to win parole last year, a friend suggested that I submit an essay to The Marshall Project for a series called “Life Inside.” I was in the midst of five parole hearings, a verbal and emotional ordeal with years of my life on the line. I was stressed. I had no desire to share. But after a little nudging and a lot of struggle, I managed to spill my feelings about the prospect of freedom after 27 years in the system.

It was the publication of that essay that led to me walking through the office doors of The Marshall Project two months later—having finally won parole—to talk with their staff about my experiences. That conversation led to me joining their team and to the creation of News Inside—a collection of TMP’s award-winning journalism that relates directly to incarcerated lives. In the past month, we began distributing the pilot edition of this print publication to prisons and jails; to date it is circulating in 30 facilities in 19 states.

Help us connect our journalism with incarcerated readers.

I wanted to share our rich articles with my information-poor former community, particularly those who believe study is a chance for redemption, who sacrifice sleep and risk a misbehavior report to pore over textbooks under shaded lamps after lights-out, who struggle to find resources to expand their minds. 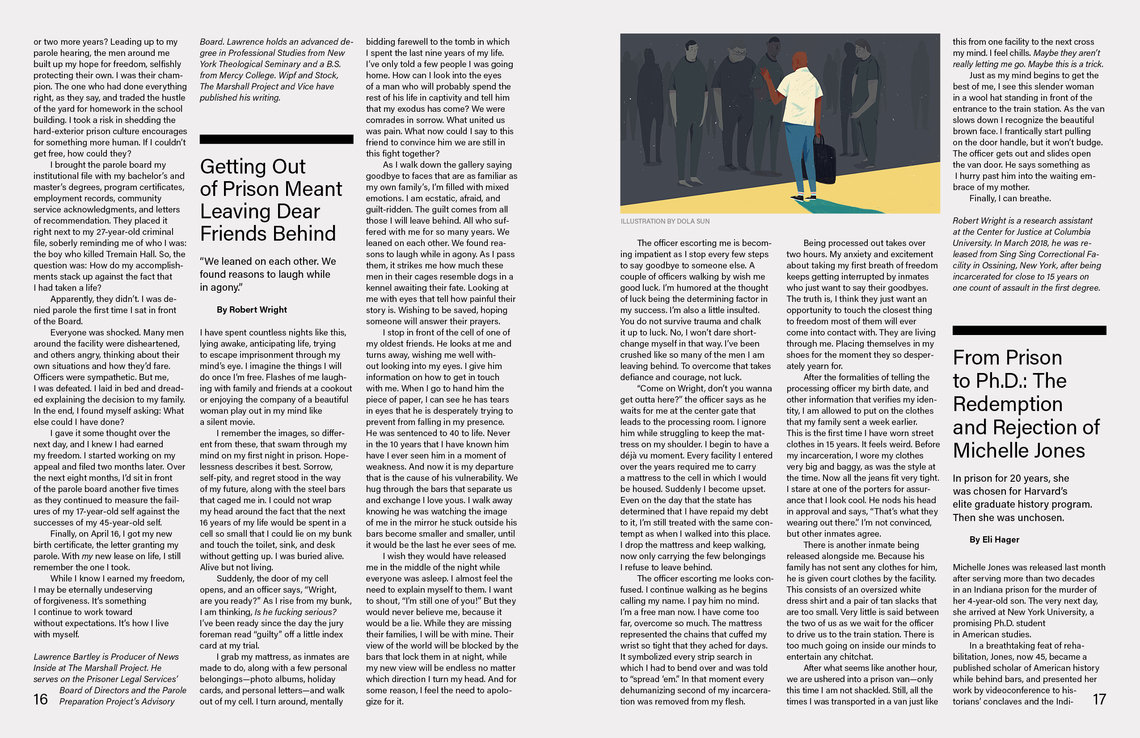 While on the inside, I attended college courses. To complete research papers, I had to find books and articles to support my theories and provide real life examples. At times, professors asked for as many as eight sources. Usually there was a course textbook, but then things got more difficult. Prisoners are not allowed internet access. I could scour Microsoft Encarta and the Encyclopedia Britannica for articles relevant to my topic, but the software was years out of date. Most prisons have a library, but the selections are sparse and access can be difficult. You can’t use the library during work assignment hours, which are generally during the day. And the library typically opens only during the evening module once a week, which is also the time college courses are in session. Therefore—for me—the library wasn’t a serious option.

Professors kindly got permission to bring me articles printed from the internet, but it was often hard to know what to ask for; plenty of times I didn’t know what I wanted until I saw it.

The final recourse for me was scavenging reading material from the trash. Corrections officers aren’t permitted to share the daily newspapers with incarcerated persons, but discarded newspapers, books or magazines were fair game. (Of course, I could have purchased subscriptions of my own, but they were too pricey for my prison salary.) 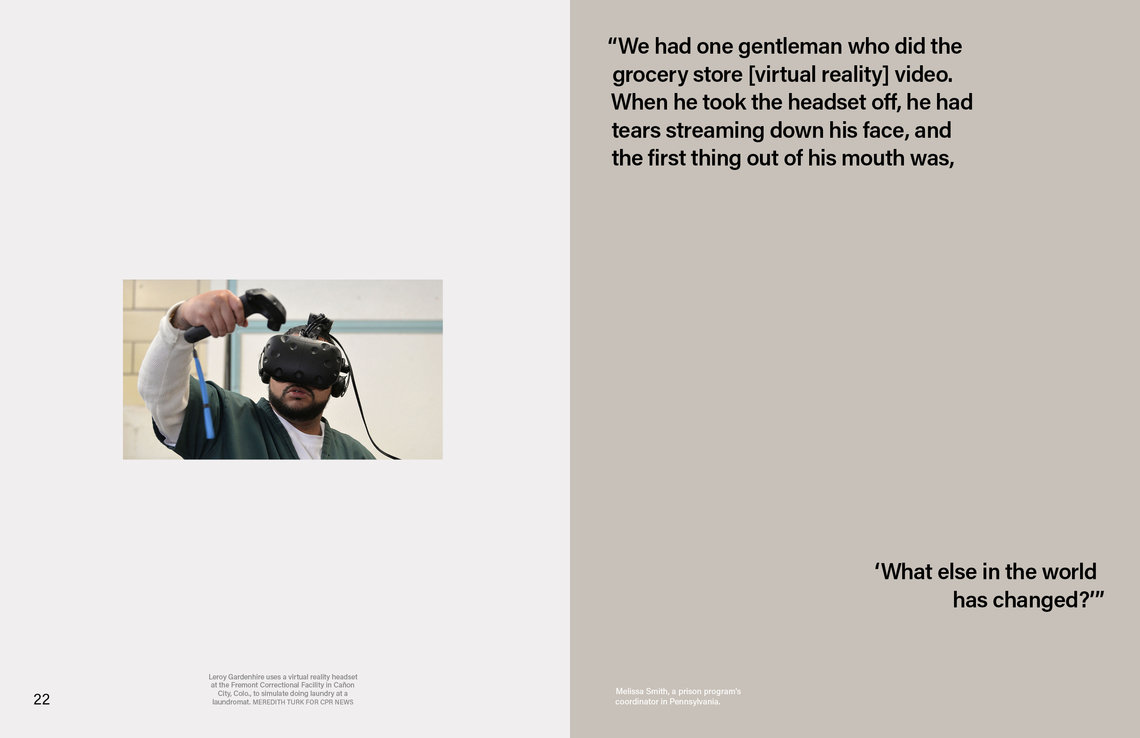 So I know the frustrations of a hungry mind in prison. News Inside is my attempt to feed that hunger with credible information about the world of criminal justice—free of charge and free of hassles. I know gaining entrance to some institutions may prove to be difficult. Prison administrators’ first responsibility is the safety and security of their facilities, and they are careful to prohibit material they believe could be inflammatory or stir unrest. I respect that, and I have carefully curated a selection of articles that I hope will inspire thought and discussion without disturbing the peace.

My ambition is for News Inside to be distributed throughout all 50 states; we are fundraising to expand the program.

Over the years I watched many friends go home. I always felt a surge of jealousy, followed by a wave of guilt, accompanied by a hope that the departing friends would not forget me. Maybe they would send a letter, photos, food packages or something to make us smile, to show they cared.

Now that I have been released, News Inside is my way of not forgetting.