Took a Plea? Brooklyn's District Attorney Will Support Your Parole 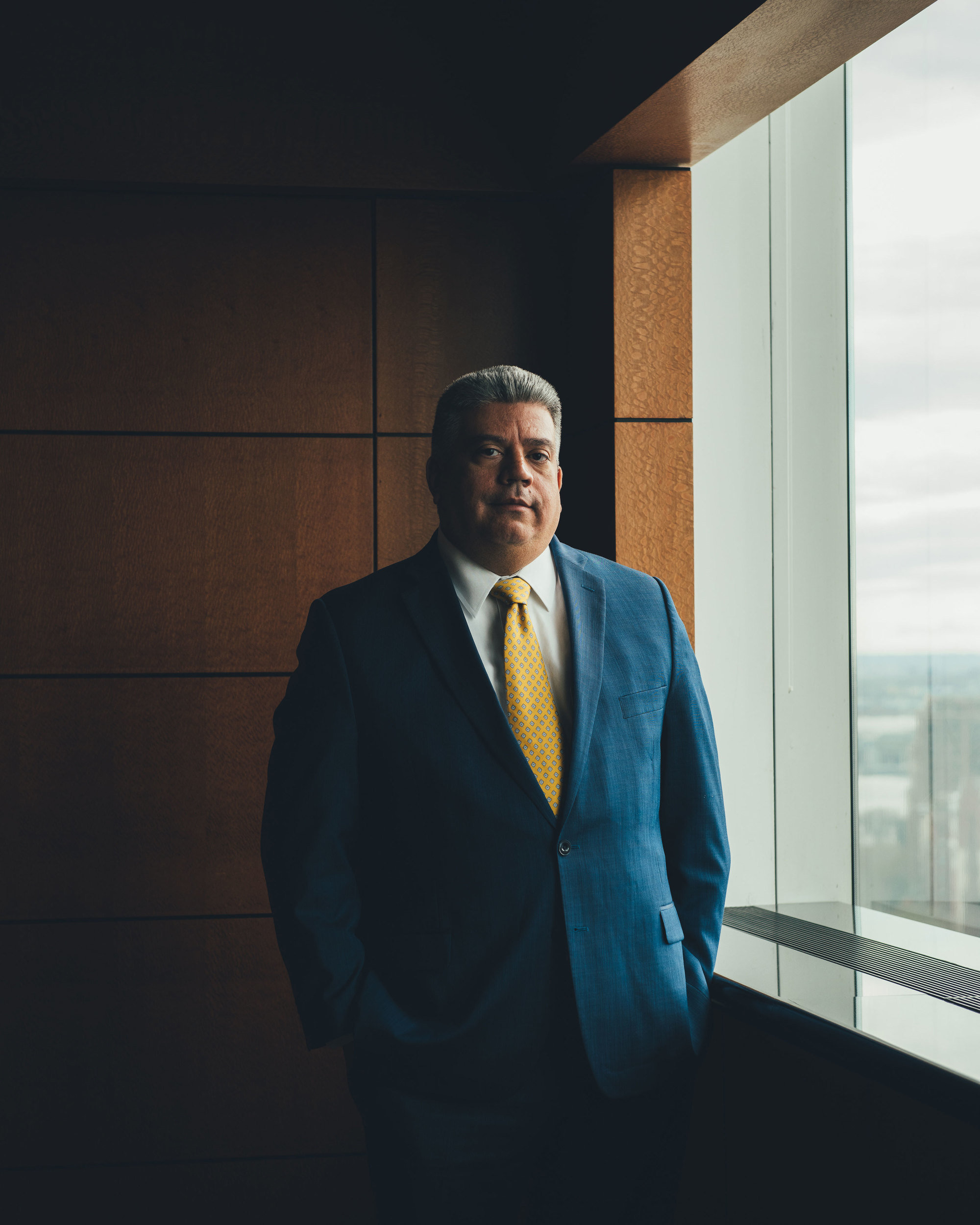 In 1996, when Brooklyn District Attorney Eric Gonzalez was just starting out as a junior prosecutor, his younger brother was shot and killed in the Bronx.

“I know how much the loss of my brother impacted my family,” said Gonzalez, who was 27 at the time. “My father never got over it.”

This story was published in partnership with THE CITY.

When the man convicted of the shooting came up for parole after serving 10 years for manslaughter, Gonzalez’s father told the parole board he opposed it. Release was denied. Two years, later, however, the board voted to grant the parole.

“Ironically, when that process was over,” Gonzalez said in a recent interview, “knowing that this guy was punished and was put through the system, and my father didn’t have to go to parole hearings anymore, there was a sense of closure. I believe in the rule of law and that is what the law allowed for, and we have moved on with our lives.”

In the 18 months since he was elected the borough’s chief law enforcement officer, Gonzalez has rarely spoken of that personal tragedy from almost a quarter of a century ago. But he cited the experience as one that has helped shape his thinking as he has wrestled with how his office, the state’s second largest, should handle those it convicts of serious crimes after they go to prison.

Prosecutors around the country almost always turn thumbs down on parole requests. But at his office, Gonzalez plans to change that.

In a memo this month to the state’s Department of Corrections and Community Supervision, which oversees both the 47,000 men and women in the state’s prisons as well as another 36,000 who are under post-release supervision, Gonzalez announced that his office will “cease our previous practice of ordinarily opposing parole.”

Instead, Gonzalez wrote, his office will now consent to parole at the initial hearing for all those who entered into plea agreements—as people do in 90 percent of cases—once they have completed their minimum sentence, “absent extraordinary circumstances and subject to their conduct during incarceration.”

For people who were convicted at trial, the DA stated, his office will for the first time consider supporting parole for individuals who were age 23 or younger and sentenced to lengthy prison terms.

Gonzalez will also make it a policy for his office to seek the minimum probation and parole required by law. Prosecutors seeking lengthier terms will now have to state their reasons in writing to a supervisor, he said.

“If they committed a crime, they should be punished,” said Gonzalez. "But shouldn’t we be reserving the maximum supervision for the person we are saying is the biggest threat?” Gonzalez said he recognized that opposition to his reforms is likely from police and others. “I view my job holistically,” he said. “I believe it is about public safety, but also about promoting trust in our criminal justice system.”

By law, New York’s parole board must solicit statements from crime victims, as well as a recommendation from the district attorney’s office that won the original conviction.

“It’s often a form letter restating the crime and saying the applicant needs to remain in prison,” said Robert Dennison, who served as chairman of the state’s Board of Parole under former Gov. George Pataki.

Gonzalez wrote many such letters himself. At the end of a trial, he said, he was told to draft a letter for the file recommending parole be denied at hearings many years in the future. Parole letters for defendants who had pleaded guilty were even more perfunctory. Most, Gonzalez said, were written by summer college or law school interns.

Since then, however, leadership has changed in the Brooklyn DA’s office, and its perspective has shifted. It is now nationally renowned for its efforts to redress wrongful convictions. A unit established by Gonzalez’s predecessor, Kenneth Thompson, has reversed convictions for 25 individuals since 2014.

When Thompson died of cancer, Gonzalez, who was Thompson’s top deputy, stepped in as interim DA. At the time, many expressed concern that the low-key career prosecutor, with no political experience, might jettison Thompson’s reforms. But since winning election in November 2017, becoming the state’s first elected Latino district attorney, Gonzalez, who is 50 years old and was raised in tough sections of Williamsburg and East New York, has embarked on his own reforms, including changes to bail and prosecution policies.

His new parole effort, he said, will be merged with the conviction review unit in a new Post-Conviction Justice Bureau. The bureau will also assist in helping people seal old criminal records and address applications for clemency received from the governor’s office.

“To continuously keep people in jail for terms longer than they need to be in there, simply as more punishment, is unjust and unfair,” Gonzalez said. “We made a deal with them that after 15 years or 20 years or whatever the number, they would be eligible to get a fair hearing on parole, and largely they are not.”

Prosecutors, he said, “were still putting over-emphasis on the nature of the crime in ways that are unfair because the person can never do anything about the nature of the crime.” The new policies have the potential to increase dramatically the number of men and women from Brooklyn who get released from prison. The borough sends the second highest number of people to prison, after Manhattan, among state counties. Last year, 832 from Brooklyn went to prison for new convictions, while 1,251 who were convicted in the borough came home. About 5,000 men and women remain in state custody who were convicted in Kings County, a little more than 10 percent of the prison population.

The parole board has also been changing; last year, it approved 44 percent of those considered for parole, the highest rate in more than a decade.

Eugene O’Donnell, a former assistant DA in both Brooklyn and Queens who is now a professor at John Jay College of Criminal Justice, said that routinely denying parole was a way to avoid blame if the person was released and committed another crime.

But O’Donnell, who also spent three years as a New York City police officer, cautioned against a policy that presumes that all those who have served their minimum sentences are ready to return safely to the streets. “Replacing a no-need-to-think blanket policy of incarceration with a no-need-to-think blanket policy of relaxation of accountability is a mistake,” he said. “If anybody thinks there aren’t people who are bad to the bone walking around Brooklyn they are naïve.”

Tali Farhadian Weinstein, the general counsel for the Brooklyn DA who helped formulate the new policies, said the office will keep careful watch for those potential problems. “It is not this reckless, ‘just open the door to our prisons’ approach,” she said. “If we think it is justified for public safety, there will be times when the right thing to do will be to recommend against parole.”

Once implemented, Gonzalez’s new parole policies will help point the way for others, said Miriam Krinsky, who heads the Los Angeles-based Fair and Just Prosecution, a group that aids newly elected district attorneys. “We are going to start to see this become the gold standard as well for how we think about correcting past injustices,” she said, “and having a broader lens on what the responsibility of the DA is to do that.”