I Developed Agoraphobia in Prison

After spending 22 years in solitary confinement, anything larger than my cell threw me into panic. 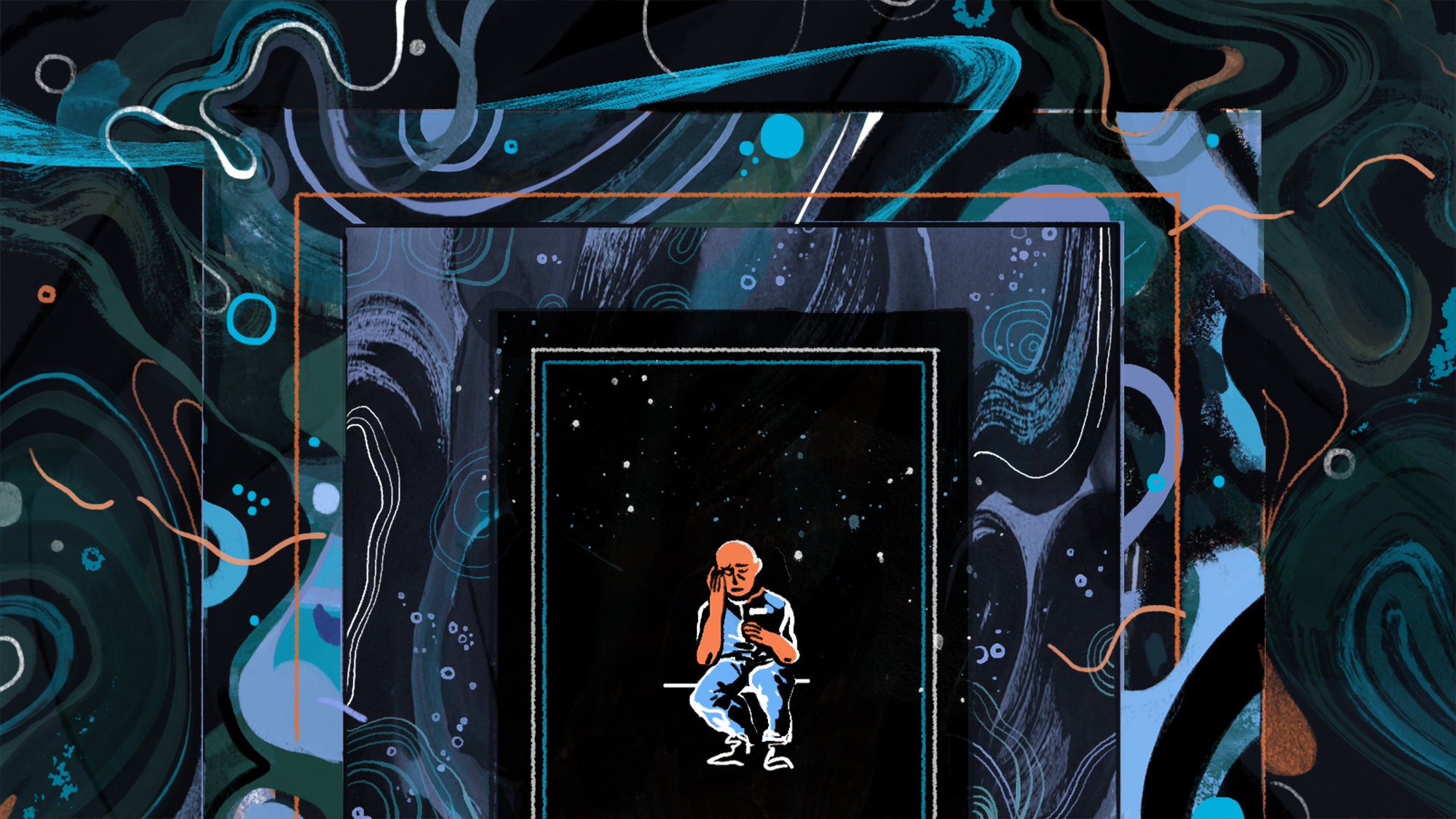 Molly Mendoza for The Marshall Project
By Frank De Palma as told to Christie Thompson
Perspectives from those who work and live in the criminal justice system. Sign up to receive "Life Inside" emailed to you every week.

I spent 22 years and 36 days in solitary confinement. They sent me there on the Feb. 3, 1992, to separate me from some new, young gang members arriving at the prison. Then they kept me in segregation after I attempted to strangle a guard. For the last five of those years in solitary, I never once came out of my cell.

I used to go out to the exercise yard completely alone. But one day when I was out there, it was suddenly like all the air around me became a pressure force. I felt like I was between two pillars of concrete that were moving and crushing me, like I was having a heart attack. I couldn’t breathe. I started banging on the door to the yard to go back inside. I knew I needed to get out of this open area. I ran back to my cell. And within minutes, I was okay again.

It happened again when I went to the shower room. It felt like so much open space, my heart was exploding, my brain was exploding. I had the opposite of claustrophobia. I realized if it wasn’t a small, small cell, it was too much for me. I was content in there, so I didn’t leave. Then the light started bothering me, so I covered that one window. I didn’t turn on the lights unless I absolutely had to. I lived in darkness. I was happy like that. Nobody bothered me.

Eventually, just the thought of coming out of my cell for any reason would send me into a panic. Some of the guards used that to their advantage. They’d say, “We’re gonna pull you out of your cell,” just to play with me. Finally they got to a point where they were like: Just leave him there. 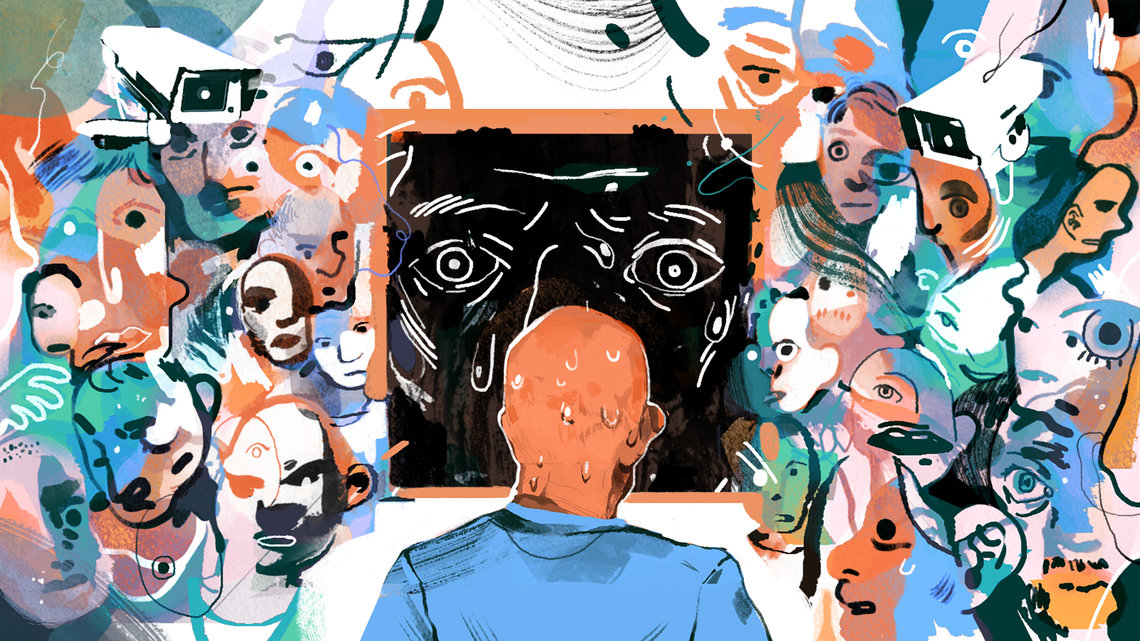 Molly Mendoza for The Marshall Project

Sometimes I wouldn’t be given a toothbrush or toothpaste, so my teeth started to rot. Some of them got abscessed, and it would hurt so bad, but I couldn’t leave to go to the dentist. So I would just get the nylon out of the mattress—strong nylon string—and I’d force it up into my molars and tie it really tight. I would keep working and working and most times I would get the molar out by the root. I pulled four teeth that way.

Little by little I started divorcing myself from everyone I had known in my life before solitary. I would live in fantasies. I would create relationships with imaginary people, and I’d fall in love with them, sometimes for months. Like, I’d be in a store, knocking on melons to find a ripe one, and that’s how I would meet somebody. We’d have a date, and I’d be a regular person. I imagined what kind of husband I’d be, what kind of father. Even that got to be so painful because there’s nothing so miserable as unrequited love.

My memories of my real life started to fade. I began shutting everything out. I didn’t feel anymore. I just went away. I literally forgot that I had a family. There was no day or night. That nothingness, emptiness, became my whole life. The chaplain told me he would come to visit me, and I wouldn’t even realize he was there. 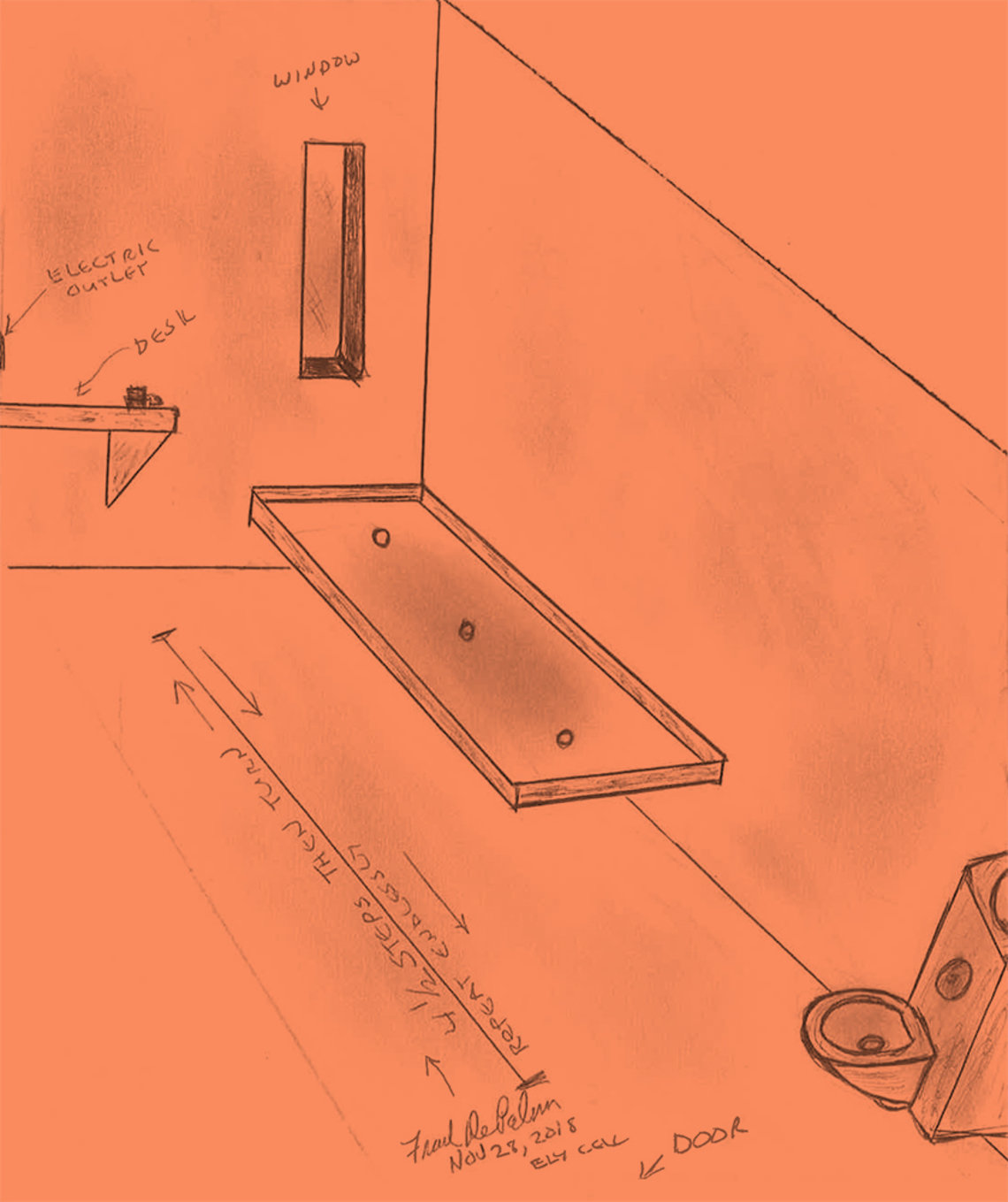 A sketch by Frank De Palma of his solitary confinement cell.

They came and got me from Ely Maximum Security Prison on Tuesday, March 11, 2014. The warden, psychologist, a couple guys from the emergency response team came up to the cell. They found out I would soon be getting out of prison, otherwise I’m sure they wouldn’t have remembered me. They had to try to get me to be around people again and not hurt anybody, to be a regular person. I was basically their test case, a guy who they’d thrown away but were now picking up out of the garbage can.

When they came to my cell, I could barely speak. In my head, I knew the words I was saying, and I thought I was speaking them, but they were coming out as garbled because I hadn’t talked to anyone for so long. My vocal chords were weak. I literally begged them, please don’t make me come out of my shell. It took them more than seven hours to get me to come out. When I had to pack up my things, I didn’t know where to begin, so I just started spinning in circles. One of the officers came in and helped roll up my property. He said, “Just keep your eyes closed, and hold onto me.”

They put the belly-chains on me, and I grabbed ahold of his belt. I kept my eyes closed the whole way, because I knew that if I opened them, I’d get crushed. They put the black box handcuffs on me real tight, and my wrists swelled up. Then they put me in a van with just me and two guards up front. We drove for nearly seven hours to Northern Nevada Correctional Center, where the psychiatric unit is. I kept my eyes closed the whole time. I just focused on the pain in my wrists so I wouldn’t think about anything else.

I was in the psych ward for 10 months. The first time I met the associate warden, I asked her to send me back to Ely. I didn’t want to be there. I had developed a real mental illness. Being in a cell like that with nothing, all you got is your mind, and it’s already warped from years of fighting to stay alive, it’s not right. It’s not human, it’s not normal. But I had to learn to adjust.

I started by coming out of my cell for two minutes at a time, when no one else was on the tier. They had steel tables, so I’d come outside and wipe them down to keep myself busy. When I thought it had been about two minutes, I would run back. It’s like holding your breath, you can only hold it for so long. The next day they’d open the door, leave the tier, and I knew I had to do it again. I’d do it a little bit longer, count a little higher. I slowly got more comfortable. I spent more and more time around the guards and other inmates. One day, they let me tour the exercise yard while everyone else was locked up, to get a feel for it. Then they moved me to general population.

I was still afraid of people, though, because I felt so disconnected. It was like oil and water. I would be in the chow hall, and there would be a couple hundred people in there but it felt like 20,000. The noise became a cacophony of sounds that was so intense I wanted to cover my ears. I can’t stand to have anybody behind me. There were times I had to stand up and eat so I could constantly turn around. The officer would say, you’re sitting down or you’re not eating, so I put my tray away and left.

I got out of prison on Dec. 21, 2018, after serving 42 years, 9 months and 15 days. I wear a smile on my face, but there’s a war going on inside. Someone got me a hoodie, and the other night, I was standing outside the door of the halfway house, just feeling the air. I saw somebody’s head behind me. It was so intense, I turned around and drove my body towards it. I fell down, because there was nobody there. It was the hood of the hoodie that had come over to the side. It looked like a head behind me. 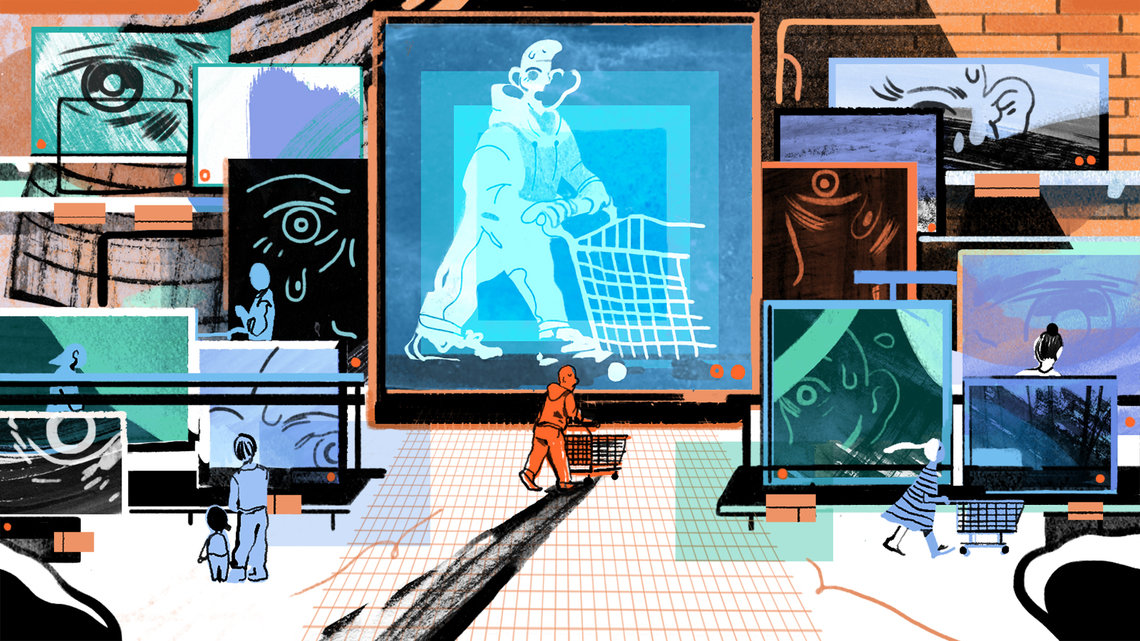 Molly Mendoza for The Marshall Project

Another time I went to Walmart, I walked in and there’s a big screen TV. All of a sudden, I was on it. I saw myself. I said, “What the hell?” I started walking down the aisles. I was trying on tennis shoes, then there was another TV, and there I was. I’m looking around thinking, “What did they do, put me in a computer?” I walked to the aisle, and it looked like it stretched out for miles. I couldn’t breathe. I saw a restroom sign, and I just went and locked myself in a stall for 15 minutes, yelling at myself in my head. I eventually steeled myself and left. But I was bothered by how I lost control like that. I’ve been in life and death situations numerous times, and it didn’t bother me like this did.

Sometimes I will go into the bathroom to relax. When you go in there and turn the light off, it’s completely dark. You can’t see nothing. And I just … sigh. I feel so calm and peaceful. Isn’t that sad? That I feel at home, in blackness? Something’s wrong there. And that bothers me. I feel like an alien. It’s like I have so much conditioning from all those years where I didn’t think, I just acted instinctively. Now I’m out here trying to re-pattern the grooves in my brain.

Even now, there’s still a part of me that wants that abyss. Where there’s no thought, no feeling. I just want to be gone, away from everybody and everything. And that’s where I feel safe. Prison has been my whole life. Am I too damaged to ever belong? Am I gonna make it out here? It’s a scary feeling.