Today Was a Good Day

Tammara McCoy’s three children—and her 4-year-old granddaughter—trekked to Bedford Hills Correctional Facility to celebrate the holidays with her. An intimate look at their bittersweet visit. 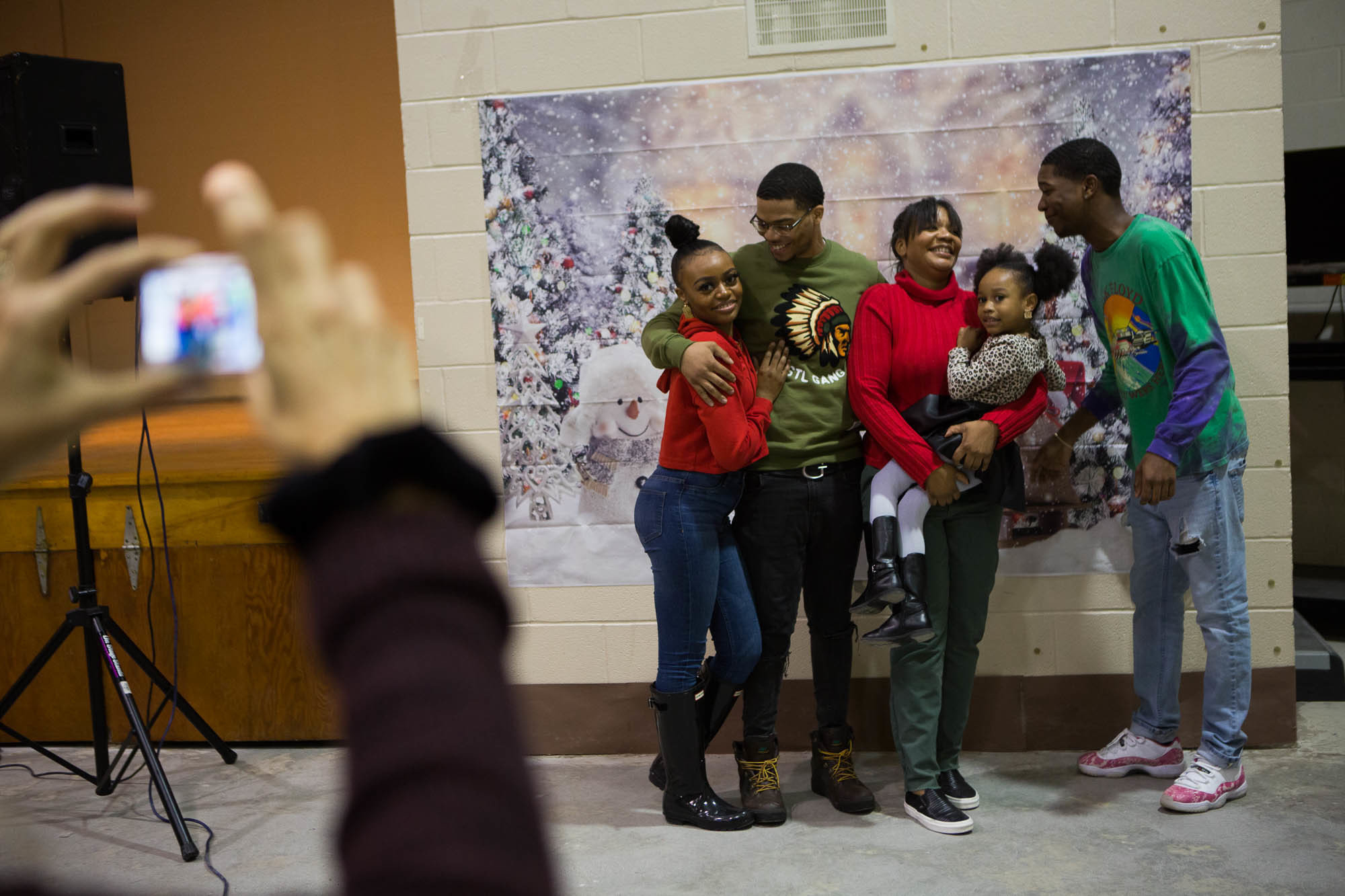 Tammara McCoy, who is currently serving her time at Bedford Hills Correctional Facility, posed for a portrait with her daughter, Tayla Escobar, her sons, Timeek McCoy and Tasir Brown, and Tayla’s 4-year-old, Truly.
By Celina Fang
Photographs by Cassandra Giraldo for The Marshall Project

At 5 a.m. on a Saturday, Tayla Escobar, 22, woke up her 4-year-old daughter, Truly, to head bleary-eyed to a yellow school bus near Atlantic Terminal in Brooklyn. They were going upstate to visit Tayla's mother, Tammara McCoy, 43, at Bedford Hills Correctional Facility.

The trip was organized by Hour Children, a nonprofit organization focused on helping incarcerated and formerly incarcerated women and their families. In the dark and the rain, Tayla and Truly boarded the bus. By the time they arrived at the maximum-security women’s prison, every seat on the bus was taken.

Tayla was 10 years old when her mother was first imprisoned at Albany County Jail in 2007. Her brothers, Timeek McCoy and Tasir Brown, were 9 and 7. In 2009, Tammara was convicted of second-degree murder and conspiracy in the death of Tyrone McCoy, her estranged husband. She was given a sentence of 25 years to life, maintains her innocence and lost her appeal in 2011.

Tayla remembers what it felt like to be separated from her mother at such a young age. “It was traumatic, especially when you hear the amount of time,” she said. “I was a child. So it felt like the end of the world.”

Over the years, Tammara’s incarceration has made Tasir more guarded. “I don’t really try to interact with people or let people in,” he said. “I don’t want anybody else to leave out of my life.”

Parenting from prison has its challenges, but Tammara’s children have found ways to adjust to their mother’s absence while keeping her close. Their holiday visit was particularly special this year. It was the first time that Timeek, Tammara’s oldest son, had seen his mother in three years. 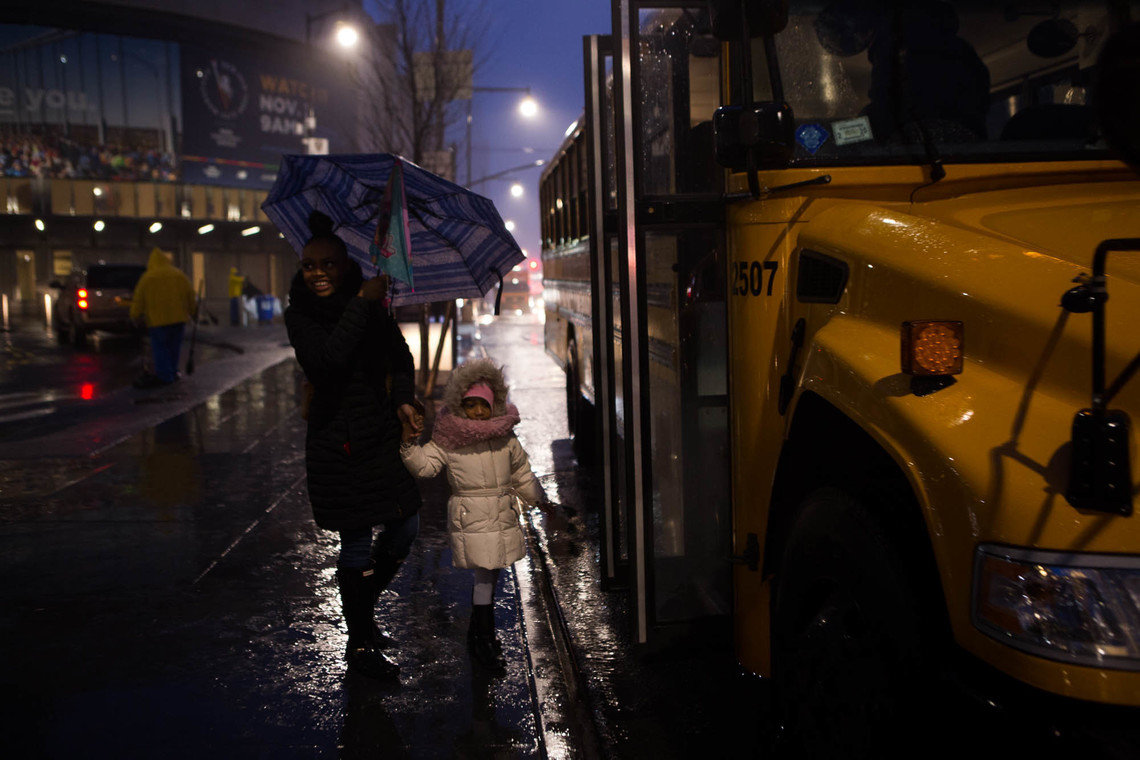 Tayla and Truly boarded a school bus at Brooklyn’s Atlantic Terminal at 6:40 a.m. By the end of the two-hour ride, which included a stop in the Bronx, every seat was occupied. 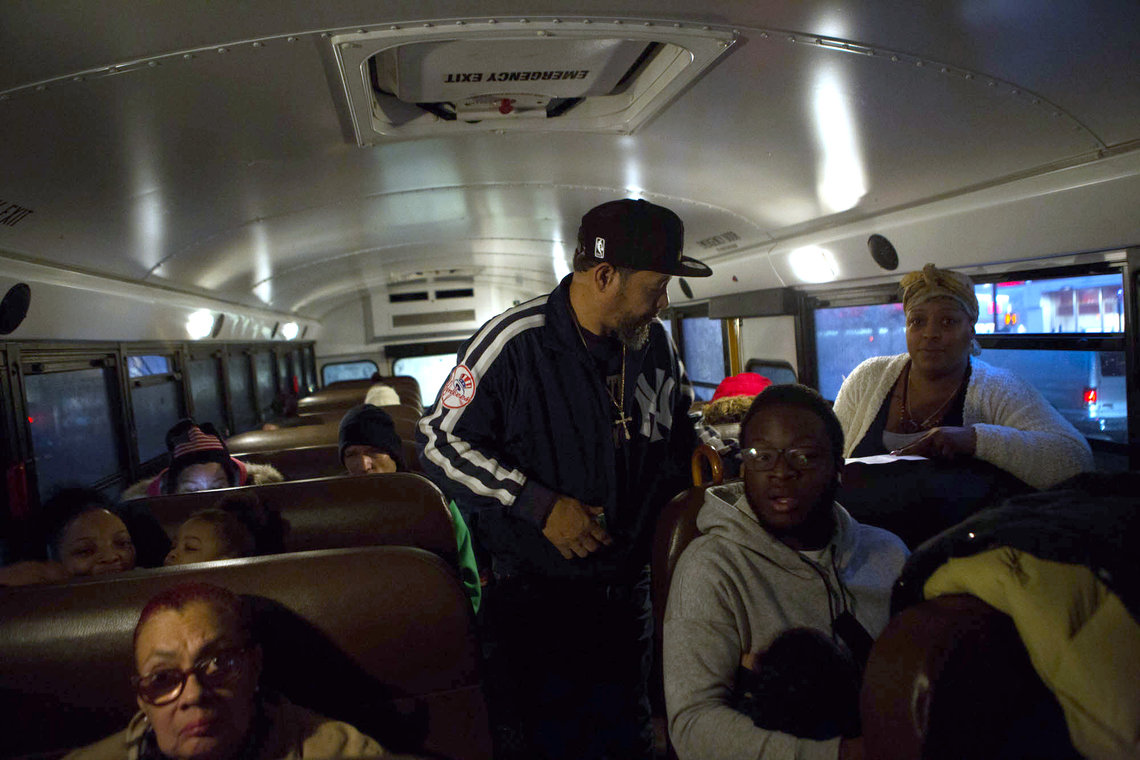 The trip was free for family members and organized by Hour Children, a non-profit that focuses on incarcerated and formerly incarcerated people and their families. 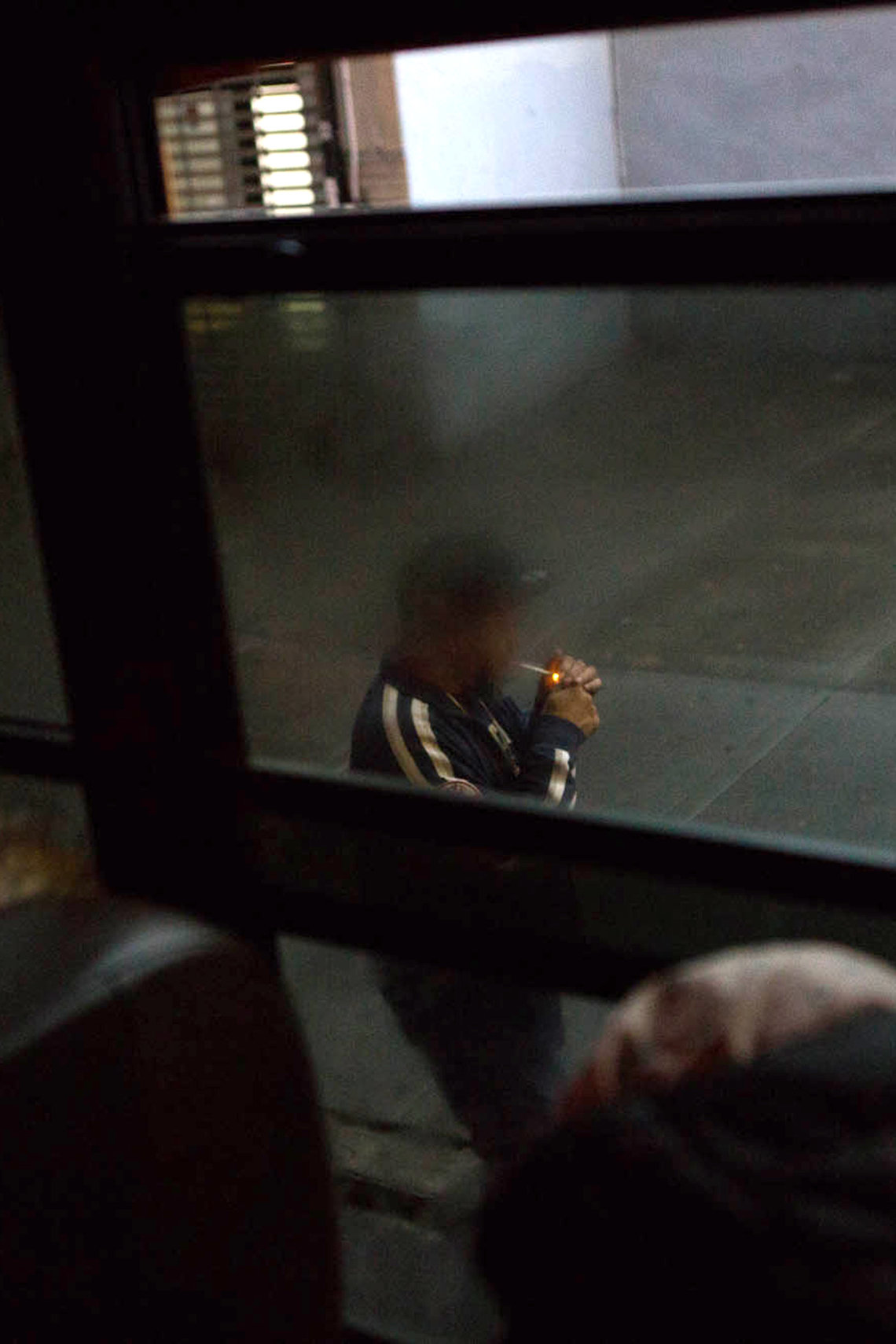 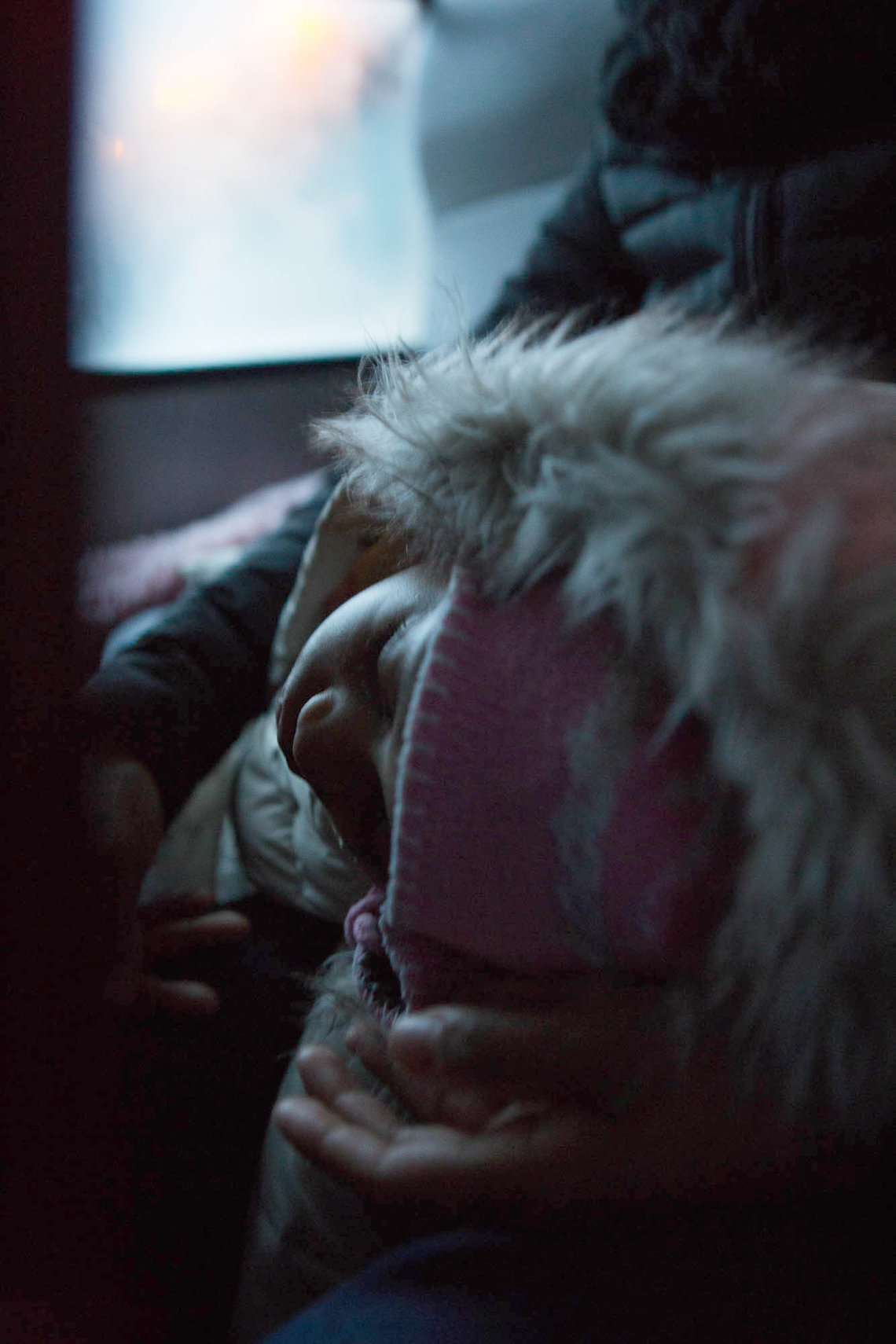 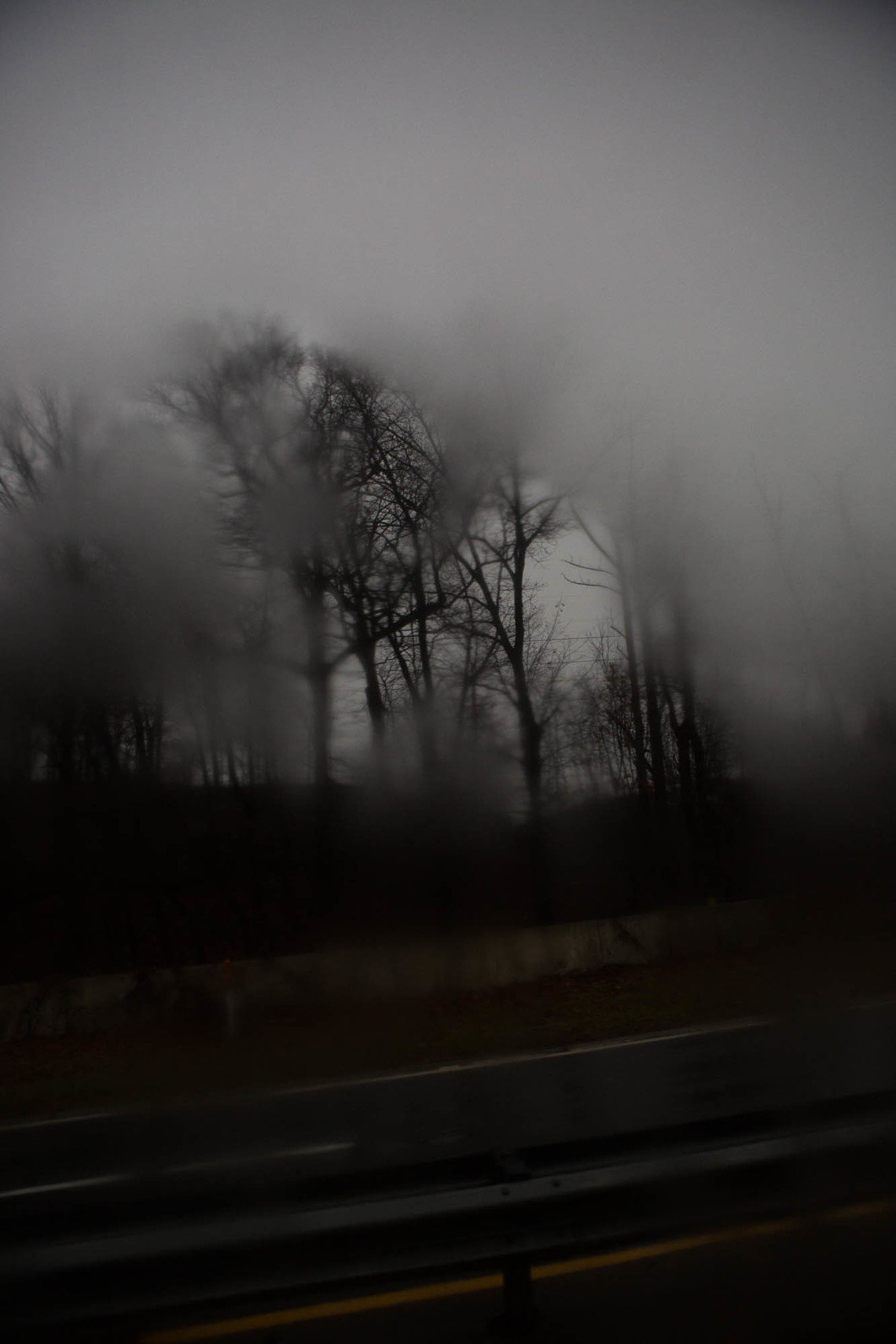 Truly slept on her mother’s lap most of the way to the facility. Rain fell steadily as the bus traveled to upstate New York. 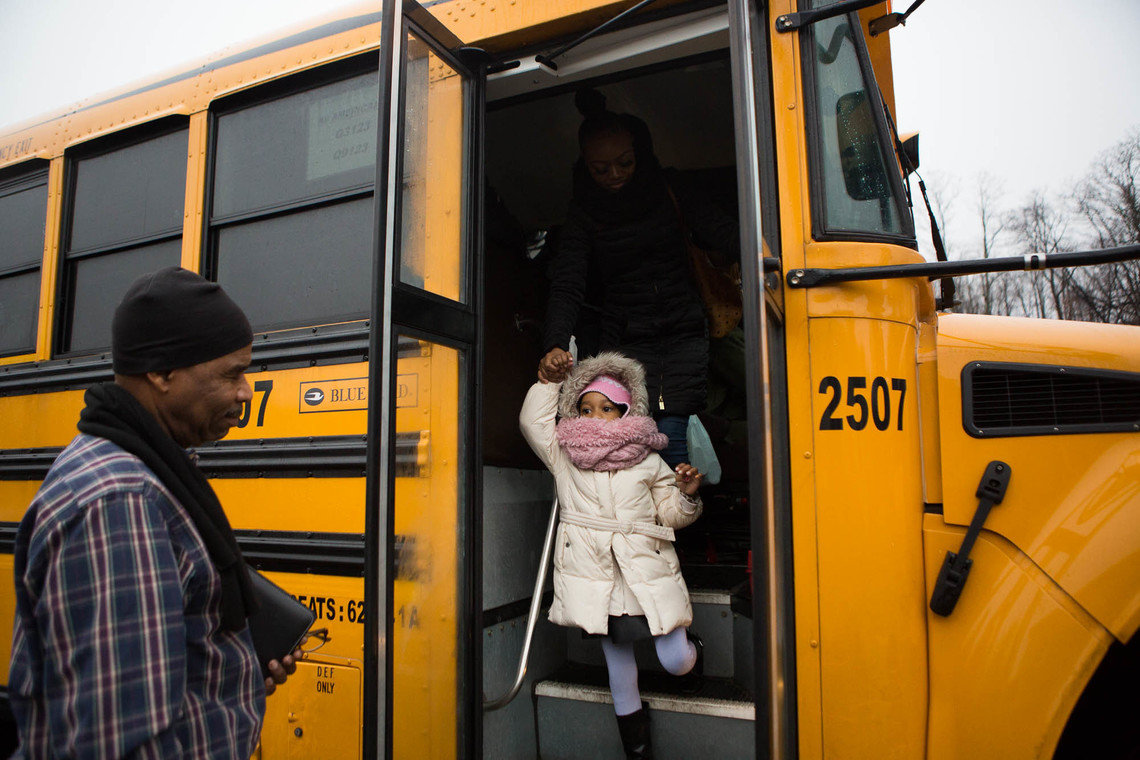 Tayla visits her mother with Truly about once a month. “It’s always exciting to see her,” said Tayla. “We have our own problems out in the real world. When you go in there, you leave all of that behind.” 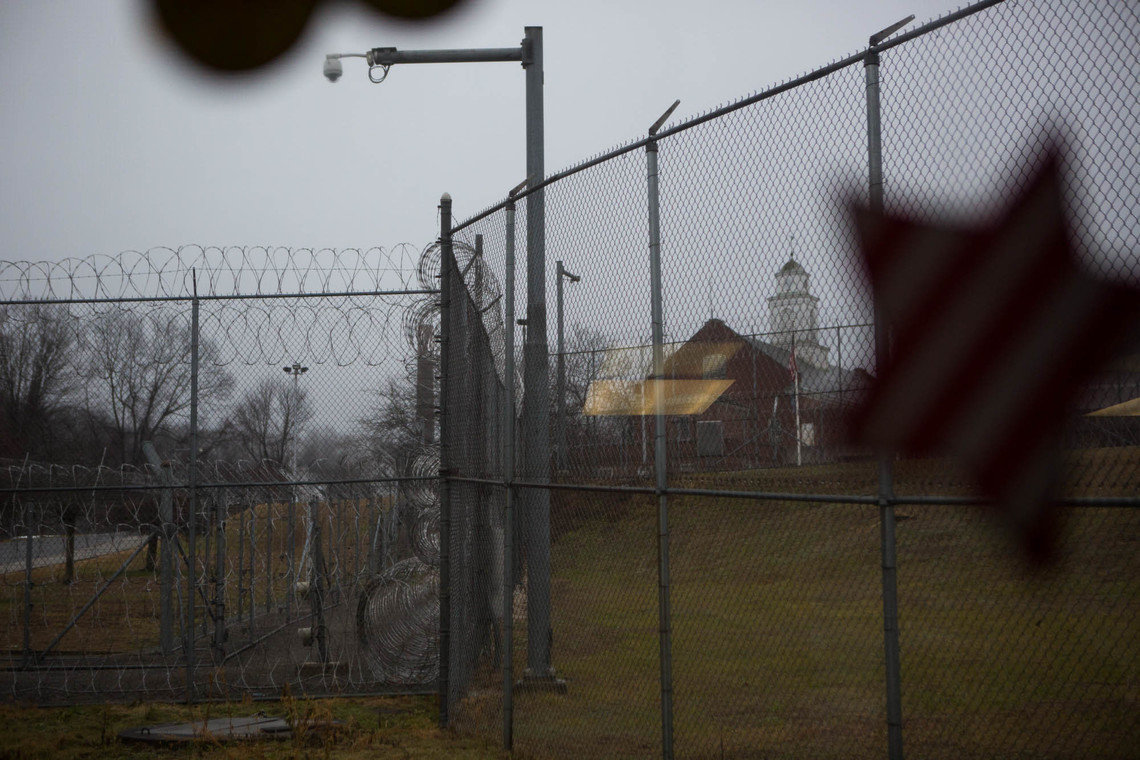 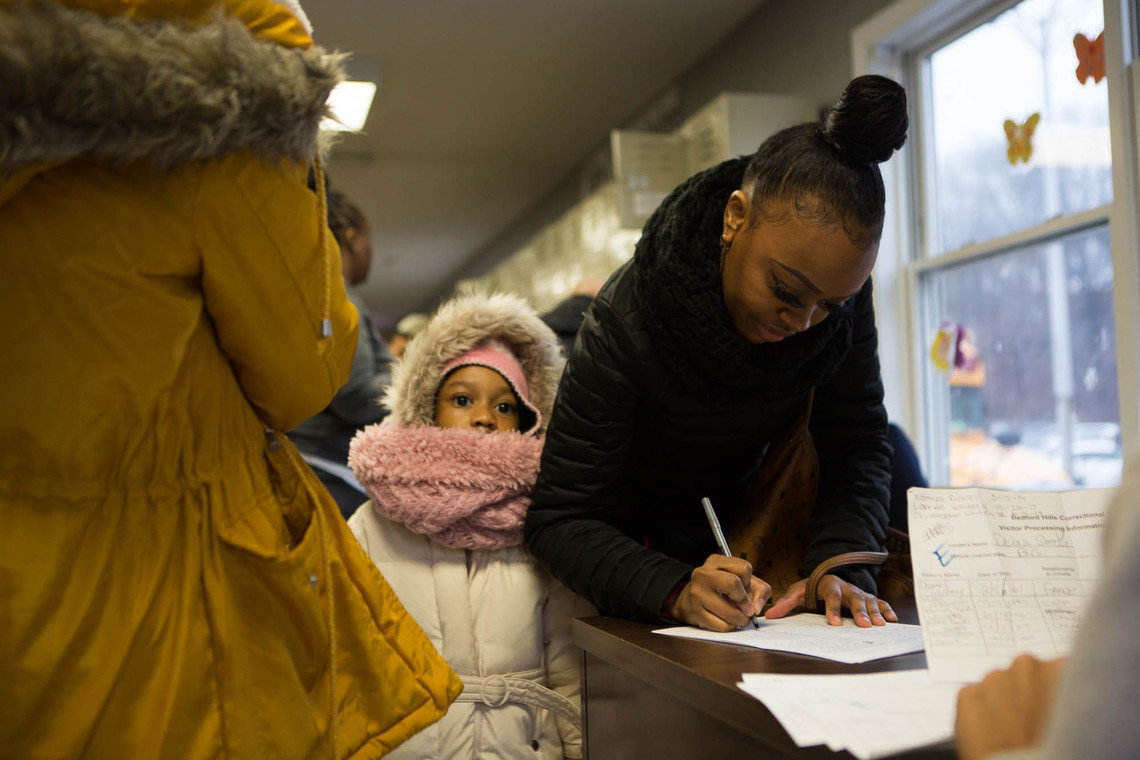 Tayla signed in at the facility’s family center. Along with their time in the security line, Tayla and Truly waited about 30 minutes to get in. Visitors are not allowed to bring in cell phones, smartwatches, laptops and other equipment with wi-fi capability. 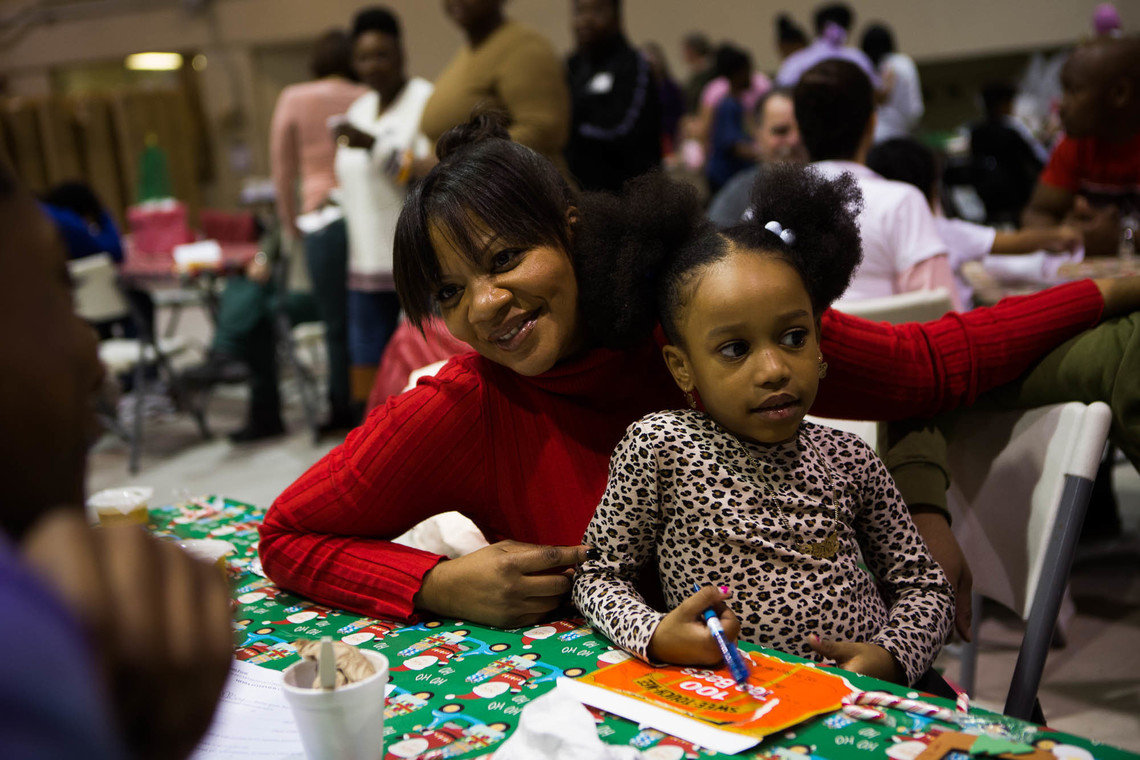 Truly sat on her grandmother’s lap in the gymnasium of the prison. “Every time I get to see them is special,” said Tammara. “Every time I don’t see them, it’s the hardest.” 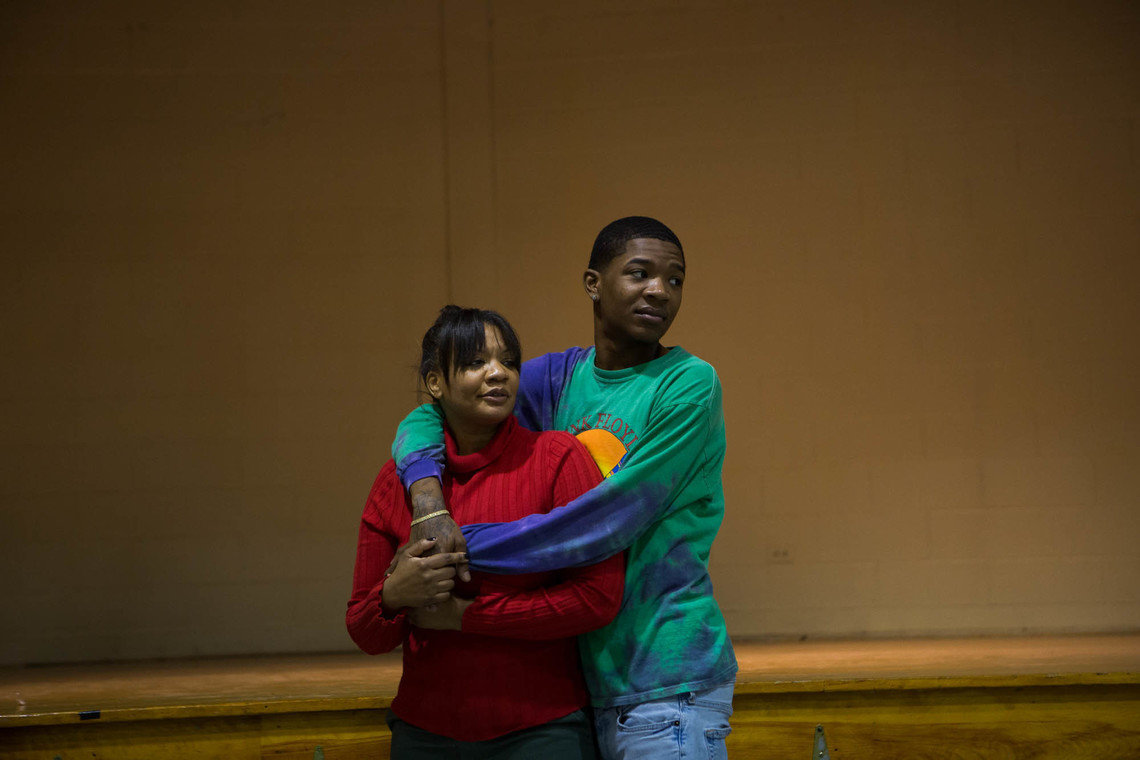 Tasir, 19, held onto his mother as they watched Truly competing in a dance contest. 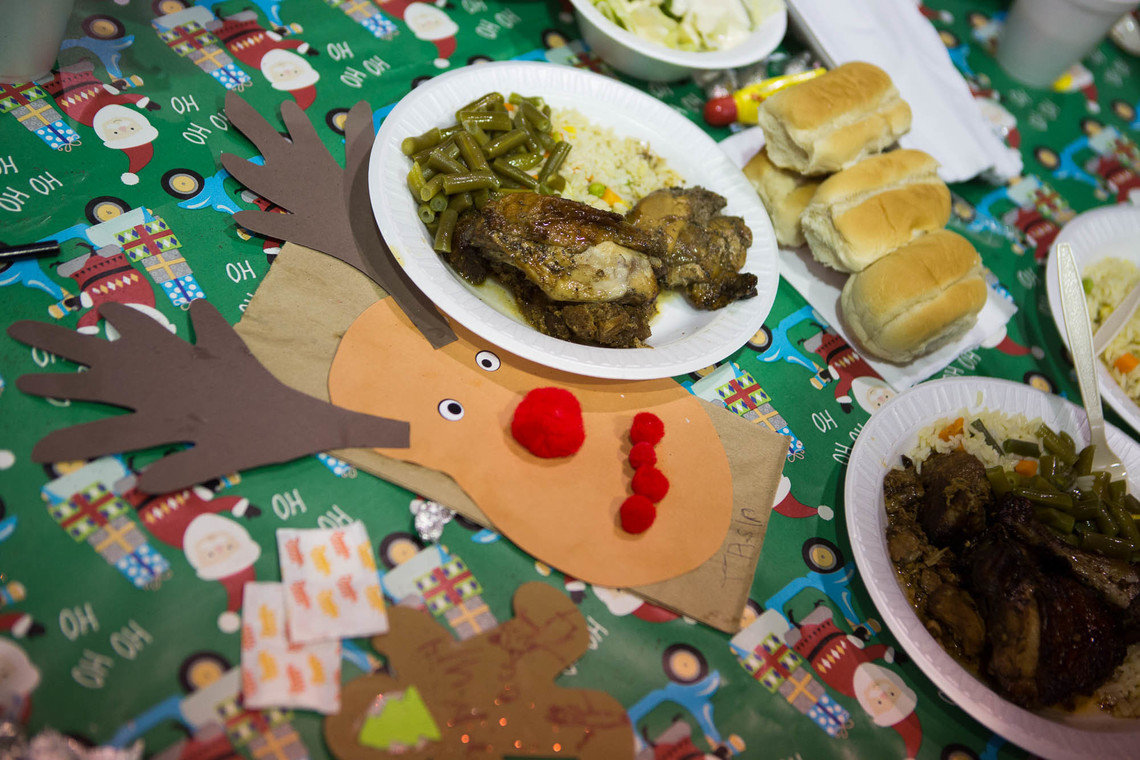 Tables were decorated and lunch was served at the holiday event. Donors provided gifts picked by the parents for their children. 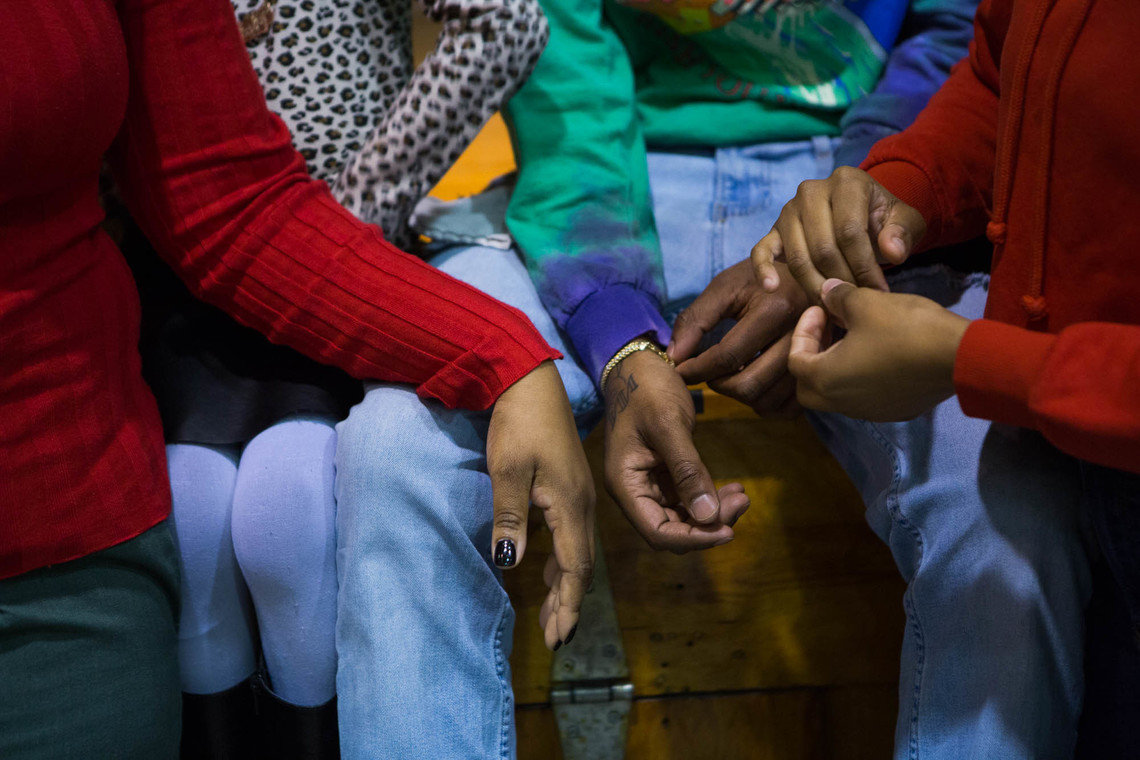 Tammara’s family stayed close to each other throughout the four-and-a-half hour visit. 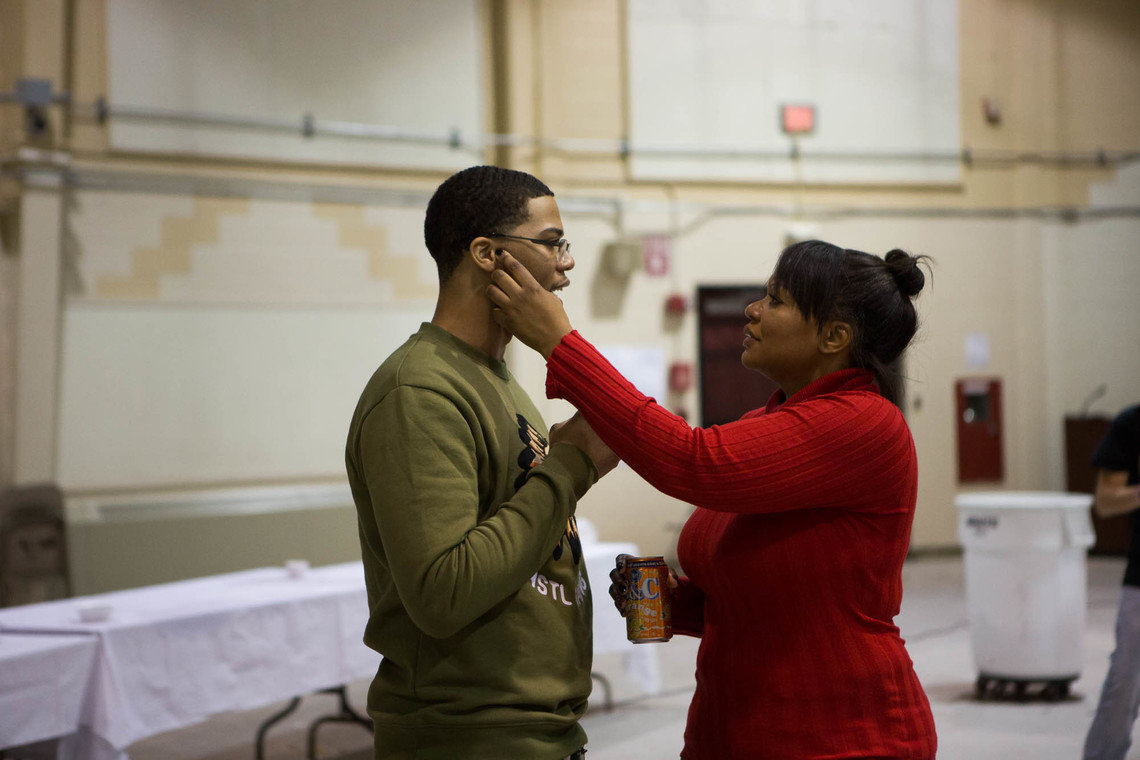 Tammara said goodbye to her oldest son, Timeek, whom she hadn’t seen in three years. 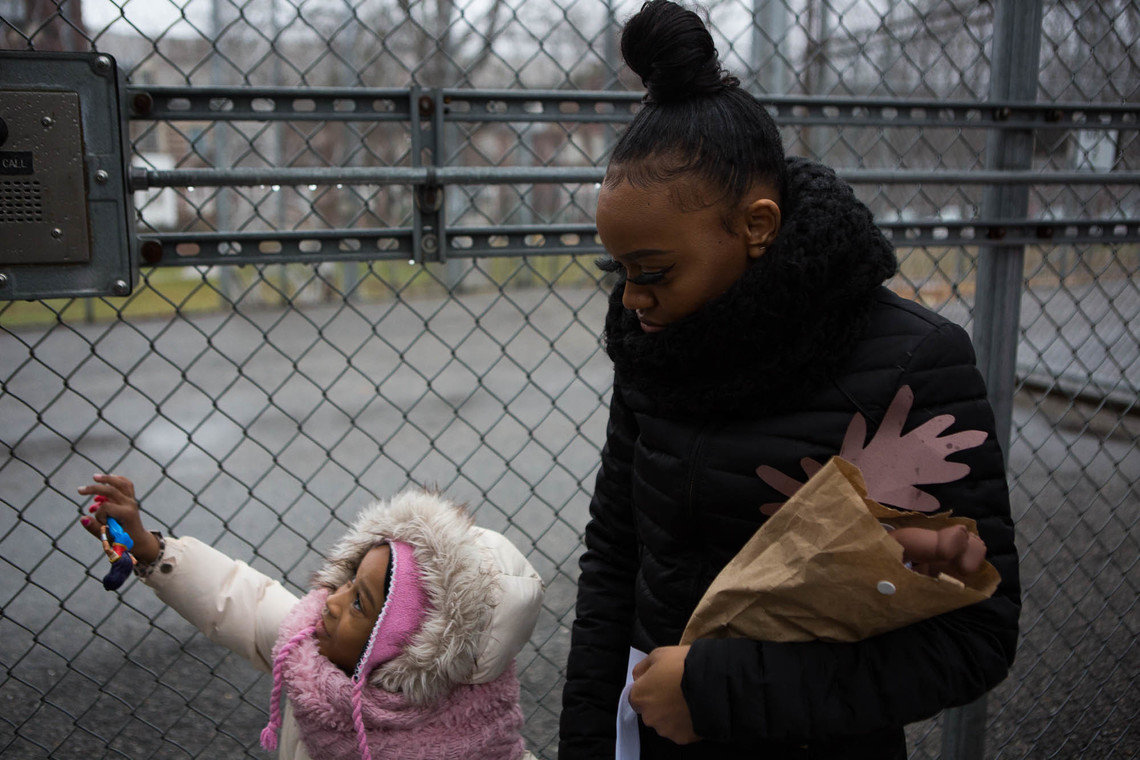 Mother and daughter have a moment after leaving the building. “Now that I’m an adult, it’s hard to visit my mom because I work. I go to school. I’m a single mom,” said Tayla. “But everything that my mom has done in this prison is to make sure that she keeps in contact. She stretches out her arms to make sure that she can keep that family bond.” 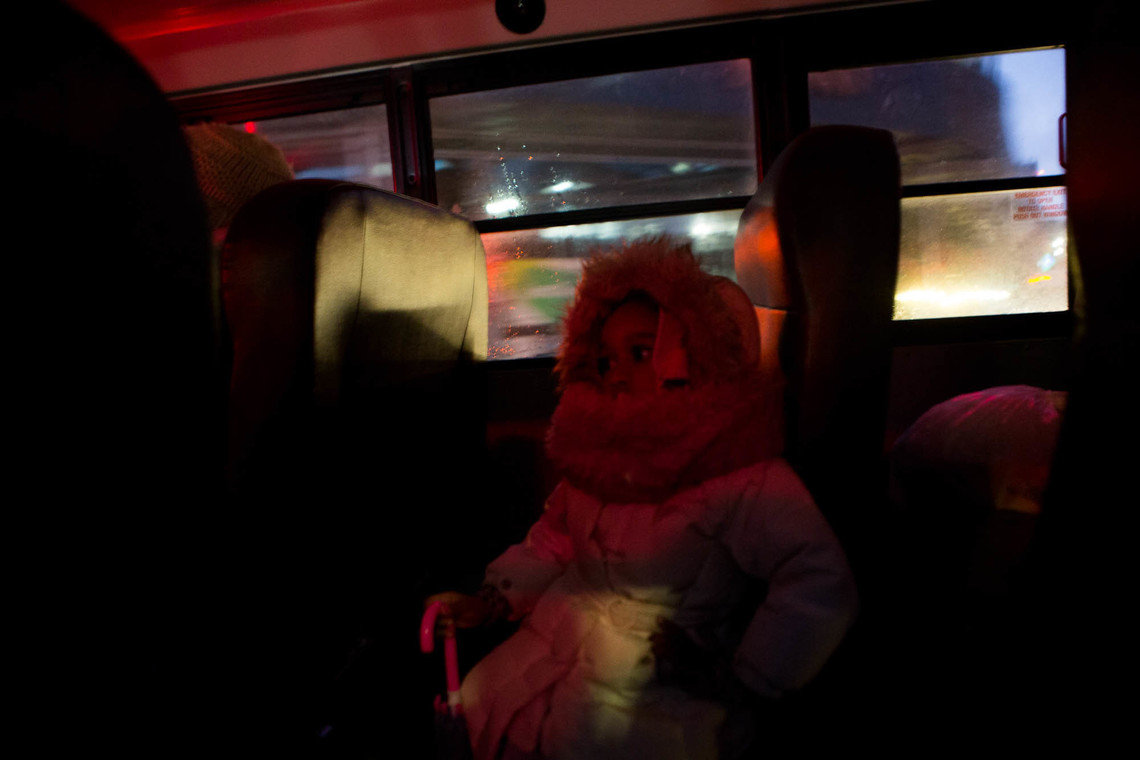 A bundled-up Truly sat on the bus for the return trip. It was dark again. “This is probably the hardest time, the holidays,” said Tayla. “Once you come out, you have to worry about the real world all over again.”