“I Do Not Want to Die Somewhere Like This.” 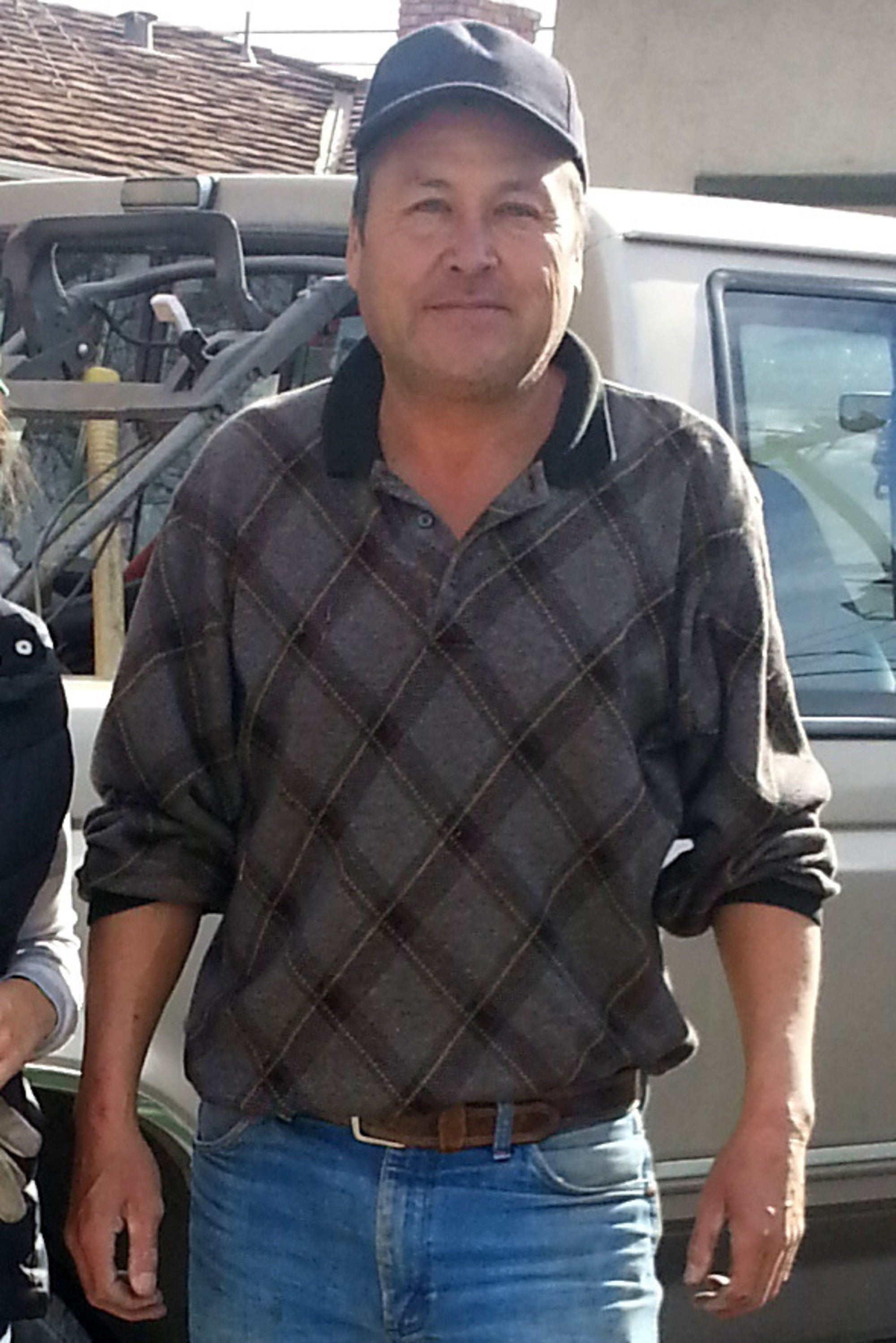 A federal district court judge ruled Wednesday that Salomón Medina-Calderón and three other people with serious medical conditions should be released from immigration detention in California. The judge found that several other detainees who were part of the lawsuit did not demonstrate that their health was compromised to a degree that would make them vulnerable to coronavirus. Lawyers for Medina-Calderón, who has diabetes and is nearly blind, and the other detainees did not immediately offer comment Wednesday evening, nor did spokespeople for U.S. Immigration and Customs Enforcement.

The judge ordered the lawyers from both sides to agree on conditions of release, including that Medina-Calderón and the others must shelter-in-place at their residences. Medina-Calderón’s daughter was pleased to learn that her father would be able to leave detention at the Yuba County Jail to stay with her. “I still can’t believe it,” said Guadalupe Medina. “I’m so excited to have my father home.”

As cases of coronavirus begin to show up in prisons, jails and immigration detention centers across the country, the almost 40,000 people who are being held while awaiting immigration hearings are starting to panic. In California, lawyers have filed suit in federal court seeking the release of 13 immigrant detainees who have chronic medical conditions and would be at high risk if they contract coronavirus.

This story was published in collaboration with KQED.

Salomón Medina-Calderón is one of the immigrants named in the lawsuit filed against U.S. Immigration and Customs Enforcement by the ACLU of Northern California and other legal advocacy groups. Born in Mexico, he’s raised six children over his three decades in the U.S. At 56 years old, Medina-Calderón is nearly blind and has diabetes.

Listen to an audio version of this story:

“I do not want to die somewhere like this, in an ICE detention center,” he said in Spanish. “My wish is, for (my) last moments—days or years, I don't know, it depends—to be with my family to have an end close to my family.”

He’s being held in the Yuba County Jail, one of two immigration detention facilities in California cited in the lawsuit, about 40 miles north of Sacramento. It’s a blocky beige facility holding both county jail inmates and nearly 150 immigrant detainees on Wednesday, according to ICE. There are 50 men in Medina-Calderón’s unit, according to Sgt. Jeff Palmer at the Yuba County Jail. 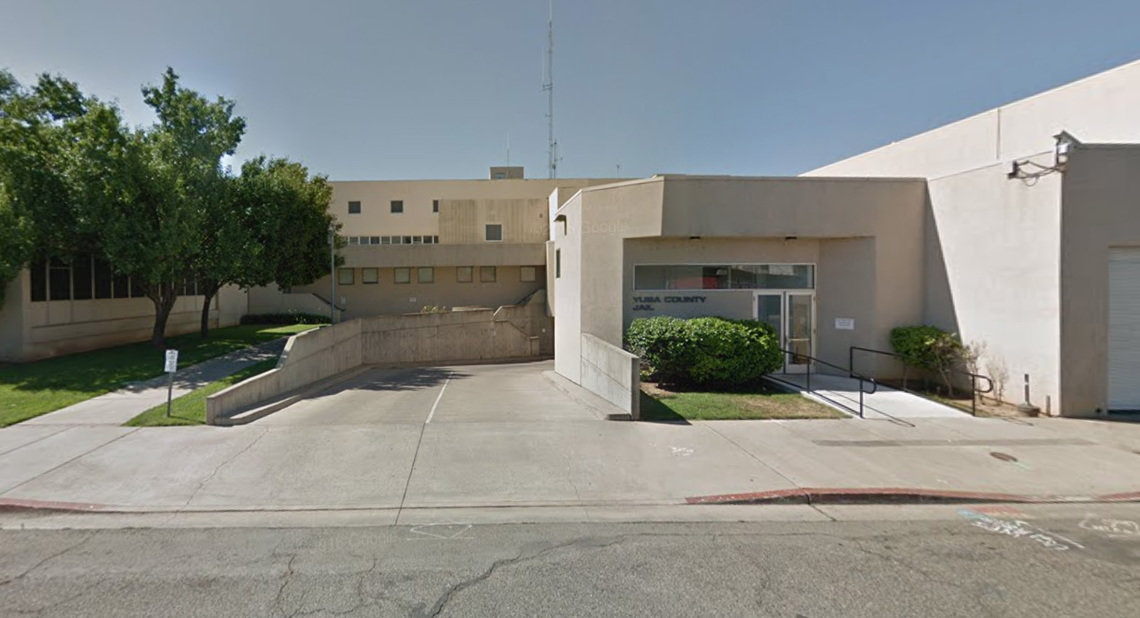 He described poor conditions in the facility including bad ventilation and a lack of soap. “They just said, ‘Here, we’re leaving you with soap so that you clean your hands more frequently,’" said Medina-Calderón. “But that was two days ago today, and it was just two little bars of soap for 50 people. They were gone in a matter of hours.”

An ICE spokeswoman declined to comment Tuesday night on the conditions in the Yuba County Jail, but said detainees have access to soap, contrary to the claims of advocates and detainees. In a statement on Wednesday afternoon, ICE spokesman Jonathan Moor said, “U.S. Immigration and Customs Enforcement does not comment on pending litigation.” At the jail, Palmer said, “we have bars of soap we hand out to them on request.” The sergeant said he could not confirm specific sanitary protection measures in relation to the COVID-19 virus.

Medina-Calderón has been in detention for more than a year while his daughter Guadalupe Medina petitions for his green card. Now Medina, who’s a U.S. citizen and a high school English teacher, is fighting for her father’s immediate release.

“Every day I wake up thinking about him. Was he able to wash his hands, are there any other inmates in there that are starting to have symptoms? The fact that we cannot do anything for him. It creates a lot of stress,” she said. “Every time he calls I wonder is this the last time I’ll actually be speaking to my dad?”

Hayden Rodarte of the Lawyers'​ Committee for Civil Rights of the San Francisco Bay Area is one of the lawyers suing on behalf of Medina-Calderón and the other detainees. Rodarte fears they’ve run out of time.

“I think our chief concern is that it’s already too late. As the scenario gets worse and worse around the country, individuals will die and the risk is higher for these individuals,” he said.

Coronavirus has not been reported in ICE facilities in California, but people held in other parts of the country are just as frightened as Medina-Calderón. As of Tuesday night, ICE said four people in its custody had tested positive for COVID-19, all in New Jersey. At one jail, in Essex County, at least two guards and one ICE detainee have the virus, the agency said.

“It’s almost impossible to have social distancing since the beds are separated by one foot and a half,” said David, a detainee being held in New Jersey.

David asked not to use his last name for fear of retribution from ICE. He said he came to the U.S. from Guatemala when he was 16. He said his parents are American citizens and so is his son, who is about to turn 2.

“I’m missing a lot of time being with my son. I’m a responsible father, it's very sad,” he said.

A federal district court judge has ordered sick or elderly detainees released from the Essex County Correctional Facility where David is held and other detention centers in New Jersey. Similar orders have been passed down in Pennsylvania, Massachusetts and California freeing some detainees with medical conditions.

David’s biggest fear is of dying in detention. “I’m afraid I can potentially lose my life. I don’t feel I deserve to die here.”

This story was updated Wednesday afternoon with an updated statement from an ICE spokesman.