Trump administration presses on with court proceedings, rebuffing pleas from attorneys and advocates. 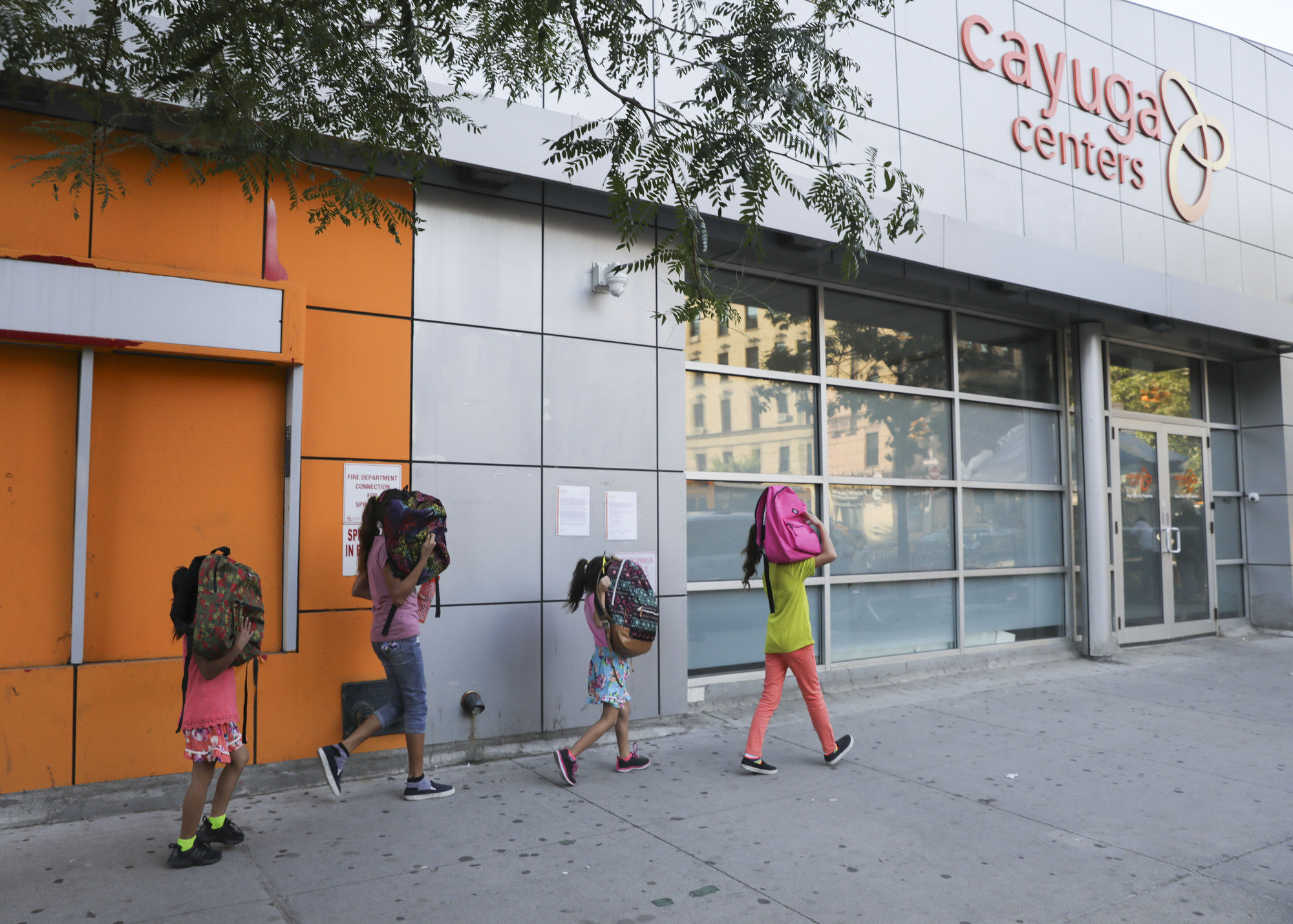 They are children who were caught crossing the southwest border without papers and sent to migrant shelters in New York when the coronavirus was silently spreading. Now the city is a pandemic epicenter in lockdown, but the Trump administration is pressing ahead with their deportation cases, forcing the children to fight in immigration court to stay.

In two courthouses in the center of the besieged city, hearings for unaccompanied children—migrants who were apprehended without a parent—are speeding forward. The U.S. Department of Justice, which controls the immigration courts, has said it has no plan to suspend them.

This week an 8-year-old, a 5-year-old, and a teenage single mother with an infant were preparing for imminent court dates and deadlines in New York, lawyers representing them said. With children trapped indoors in shelters and foster-care homes, many young migrants who don’t have lawyers may not even be aware of ongoing court cases that could quickly end with orders for them to be deported.

Hearings for unaccompanied children are also proceeding in courts in other COVID-19 hotspots, including Los Angeles, San Francisco, Seattle, Chicago and Boston.

The Executive Office for Immigration Review, the Justice Department agency in charge of the immigration courts, has rejected calls from judges, prosecutors and immigration lawyers to shut down courts nationwide. Although hearings for immigrants who are not detained have been suspended through May 1, cases of people in detention are going forward at the same accelerated pace as before the pandemic.

That includes many unaccompanied children. Since last year, Trump administration officials have instructed the courts to treat those children as detained if they are in shelters or foster care under the custody of the Office of Refugee Resettlement, or ORR, a federal agency. Immigration judges are under pressure to complete detained cases within 60 days—warp speed in immigration court—with no exception for children.

Across the country, about 3,100 unaccompanied children are currently in the custody of the refugee agency. Many have run from deadly violence and abuse at home and hope to find safety with family members in the United States. The demands for them to meet fast-moving court requirements are causing alarm among lawyers, caregivers and families.

“It is inexplicable and dangerous that the Trump administration has insisted that detained unaccompanied children are still required to go to court,” said Wendy Young, president of Kids in Need of Defense, or KIND, which helps provide lawyers for unaccompanied children. Unlike in criminal courts, in immigration court children have no right to a lawyer paid by the government if they cannot afford one.

On April 8, the American Immigration Lawyers Association, the immigration bar, and other legal groups asked a federal court for a temporary restraining order to force the Justice Department to suspend in-person hearings of detained immigrants during the pandemic.

Justice Department officials say they are holding hearings for immigrants in detention, including for children, so they can get their cases decided and perhaps be freed quickly.

Although the stream of young migrants across the border has dwindled since last summer, hundreds of children remain in shelters and foster-care homes in New York City, including teenagers and “tender age” children, those 8 years old and under. Coming mostly from the northern countries of Central America, the children are waiting while the refugee agency locates parents or relatives here and completes background checks on those sponsors. As minors in immigration proceedings, they are nearly invisible, with their identities and histories shielded by multiple layers of privacy protections.

Longing for their families and bewildered at being confined, the children are now discovering the new menace of the coronavirus surrounding them. Some are in private foster homes, but most are in group shelters and homes across the city, which have become potential nodes of infection.

The Cayuga Centers in Harlem, which place unaccompanied children in foster-care families and run learning centers they attend during the day, reported two staff members testing positive for COVID-19. MercyFirst, which runs a shelter in Brooklyn, reported 13 staff members testing positive for the disease, including one who died, according to a report in the Chronicle of Social Change.

Justice Department officials have added new chaos to the troubled courts by taking a scattershot approach, closing down a courthouse for cleaning for a day or two after a COVID-19 infection is identified, then re-opening. Often the only notice is a late-night tweet advising of a court closing the following day.

In New York, the Varick Street immigration court closed briefly after an immigration judge fell ill with pneumonia from the virus. A staff person and several lawyers have also become ill, according to a survey released this week by the National Association of Immigration Judges.

Unaccompanied children are especially vulnerable and also create exceptional risks when they move outside their immediate circles. The Justice Department has issued no general order exempting the children from appearing at hearings. But for them to get to court, foster parents, social workers, van drivers, attorneys and interpreters have to mobilize from all corners of the city, greatly expanding the risk of spreading undetected contagion.

Some judges in New York have generally waived the requirement for children to appear at hearings. But most judges want children to submit specific requests for waivers or postponements.

Yet the pandemic has made it difficult for lawyers who are working from home to file documents with the court. Justice Department administrators hastily opened an email system to receive documents for many courts, including New York. But it does not provide confirmation that the papers were received.

“It’s sending something out into the big black hole,” said Elisa Gahng, the managing attorney in New York for KIND. Children who don’t have lawyers —most of them do not—can’t submit a barrage of legal documents to judges. 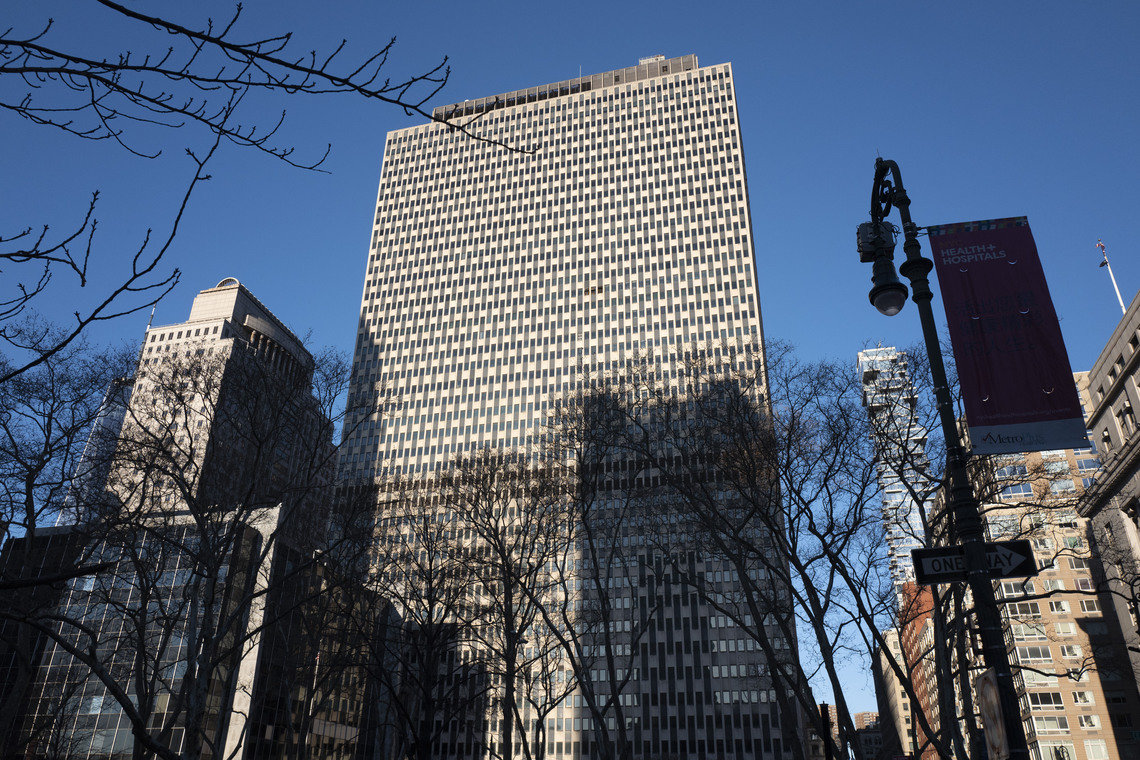 Unaccompanied minors in shelters still have to go in person to attend hearings at immigration courts, including at the Jacob K. Javits Federal Office Building in New York.

Advocates point out that unaccompanied children are not in detention, and their immigration court cases generally have no bearing on whether they will be released to families or other sponsors. Decisions to release are made by the refugee resettlement agency, after completing its vetting. While they remain with the agency most children’s deportation cases are at an early stage, with hearings that are mostly procedural. Yet if they miss them, the judge can order them deported.

In recent weeks unaccompanied children were caught in another legal boomerang. In mid-March the refugee agency decided to stop bringing children from the border to COVID-19 hotspots like New York, San Francisco and Washington state. It halted the release of children from shelters to families, citing risks to their health in those communities. For several crucial weeks, children in those places could not leave shelters or gain release. But in the courts their cases were advancing.

On March 28, a federal judge in California, finding that the greater risk was to hold the children in group shelters, ordered the refugee agency to “make every effort to promptly and safely release” them. This week the agency has begun once again to transfer children to families and other sponsors.

As the pandemic has widened, resistance to the Justice Department has grown. In mid-March, the immigration lawyers’ association joined an unusual coalition with the National Association of Immigration Judges, the judges’ union, and the American Federation of Government Employees local representing immigration prosecutors, to demand that the courts be shuttered nationwide.

Justice Department officials said they are working to facilitate children’s participation by expanding technology to allow them to join hearings by video. So far, the judges’ survey reported, video conferencing is limited and often faulty. In early tests of video hearings, younger children were confused and distracted, with little understanding that they were going before a judge.

Judge Ashley Tabaddor, the president of the judges’ association, said they have urged the Justice Department to remove unaccompanied children from the “detained” designation. Under current guidelines, their cases would then be automatically postponed, along with all other non-detained cases, at least through the end of April. As it stands the court’s requirements, the judge said, are “a formula for disaster. This is nothing other than risking unnecessary exposure.”