A Juvenile Lifer Finds Peace in the Prison Garden

Bobby Bostic was sentenced to 241 years at age 16. Gardening, he writes, keeps him growing. 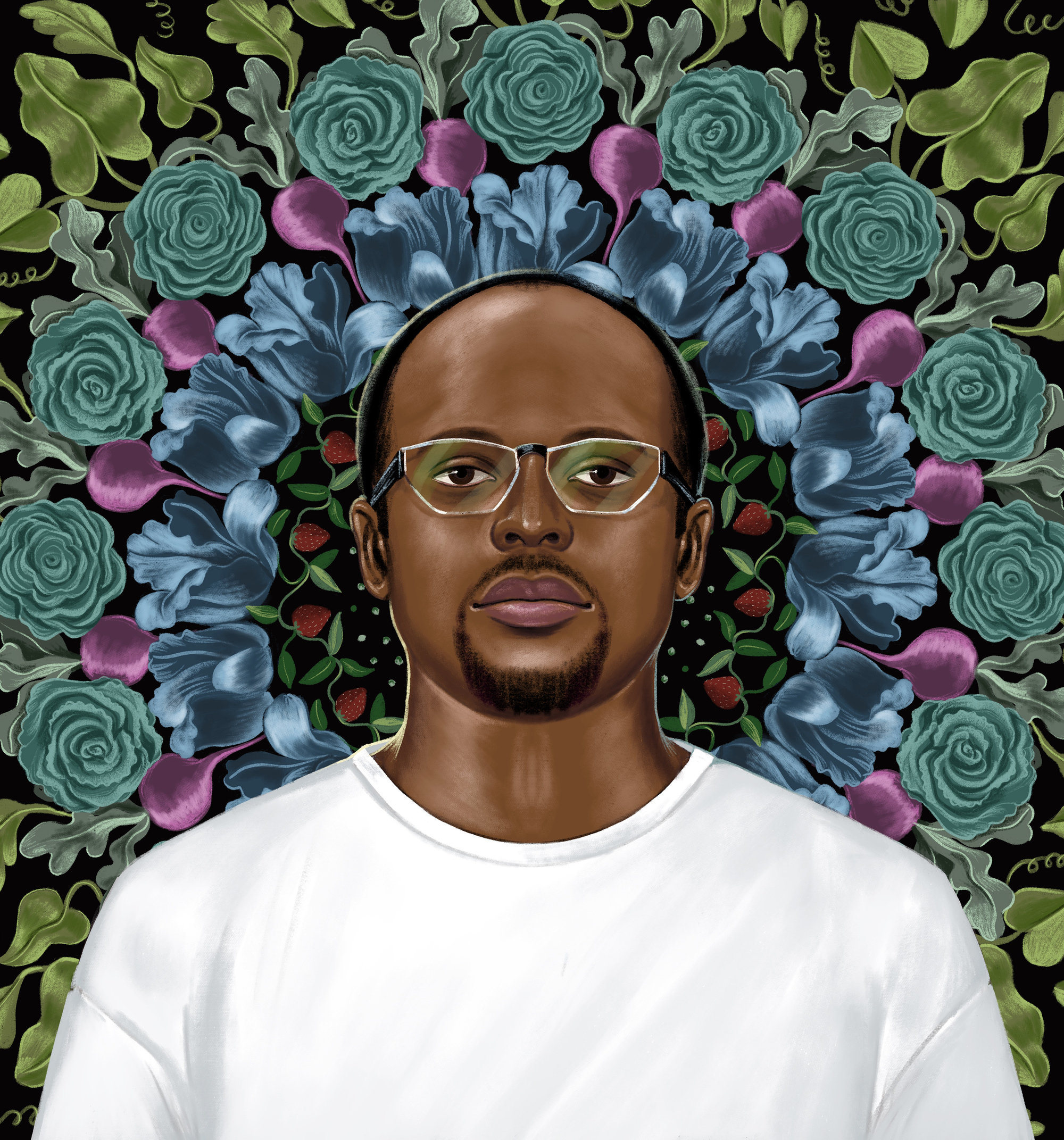 Growing up in the ghetto of St. Louis, Missouri, I didn’t see many of nature’s wonders. My neighborhood was full of vacant houses, broken down cars, streetlights that didn’t work and yards with dying grass. There were drug dealers every which way I looked, and gangbangers posted up and down the block. It was more like nature's curse rather than nature’s gift.

However, there was an exception right in my own backyard: My mother had a small garden. When she first started it, people looked at her like she was crazy. "Girl what are you doing planting a garden in this dump?" friends would ask her. “Dee Dee, do not waste your time because somebody will just steal your vegetables.”

Fortunately, my mother ignored the critics. I watched her water the hard soil and later turn it over with the hoe she purchased. After a while, she started planting seeds she got from the local hardware store that would become tomatoes, lettuce, cucumbers and greens. I remember her putting on her straw hat and going out in the blazing sun to arrange rows of the garden. She would spend hours out there, on her knees, while we were out front playing games. I never quite understood what she was doing.

But in a few months everything that she planted blossomed. Right there in the ghetto, surrounded by drive-by shootings and drug deals was her garden. Those same neighbors who criticized her efforts came over to ask her for some of the fruits and vegetables she’d grown. My mother was proud to share. Despite how poor our family was, she would not allow poverty to define us. By refusing to allow the walls of hell to close in on her, my mother created her own paradise.

My path to gardening was through pain.

In the winter of 1995, when I was 16 years old, I joined an 18-year-old accomplice in two armed robberies. I was charged with 17 counts from these incidents including assault, and kidnapping. A jury found me guilty of all charges. The judge could have given me 30 years by running the sentences concurrently. But she chose to run them consecutively for a total of 241 years. I would not be eligible for parole until I was 112 years old. “You will die in the Department of Corrections,” the judge said.

Three years later, at Crossroads Correctional Center in Cameron, Missouri, I signed up for garden duty. I did it just to get out of my cell, but to my amazement I found peace like I did in my mother’s garden when I was a kid.

Being in prison can make a person feel dirty, but here I was picking weeds from the soil. Weeding the garden became a form of therapy. With every weed that I pulled out of the ground, I felt like I was pulling out a part of my criminal self.

You can learn a lot from growing a garden. It forces you to become an engineer, ecologist, botanist, poet, mathematician and biologist. The garden is the teacher who reprimands you like a stubborn pupil and challenges you to answer your own questions. So many elements of nature attempt to suffocate what you’re growing. As the steward, you try to balance it all out. Only through trial and error will you get all marvelous plants of varying colors sprouting towards the sky. Working in that beautiful prison garden 22 years ago, I made a vow to feed my mind with books and become a contributing member of society.

A few years ago, like a garden that dies in the winter and revives in the spring, I thought I had a chance at a new life. Supreme Court decisions about sentencing juveniles to life without parole in 2010, 2012 and 2016 prompted me to believe that I would get a new sentencing hearing. I had the support of former judges, prosecutors, law enforcement officers and others. But the state of Missouri ruled that these decisions didn’t apply to my case. And in 2018, the Supreme Court refused to hear my appeal.

The prison garden continues to help me along my difficult journey. It lets me know that something beautiful can grow from dirt. At 41, I am proud of my accomplishments. I have written five nonfiction and eight poetry books. I have become a paralegal, obtained a basic business studies certificate, and I am currently enrolled in a university to get my associate of science degree.

Now I hope for the day when I get released—to grow my own garden at home and continue to heal myself in the process.

Bobby Bostic is the author of 13 books including, “Dear Mama: The Life and Struggles of a Single Mother” and “Life Goes on in Prison.” Housed in Jefferson City Correctional Center, in Jefferson City, Missouri, he is serving 241 years for charges stemming from robberies that he committed when he was 16 years old.

In 2018, retired Missouri circuit court judge Evelyn Baker wrote in The Washington Post that she “deeply regretted” sentencing Bostic to 241 years. “What I learned too late is that young people’s brains are not static; they are in the process of maturing.”

In January, Missouri State Reps. Nick Schroer (R-O’Fallon) and Barbara Washington (D-Kansas City) introduced Bill 2201, which if passed would grant Bostic an immediate parole hearing. The bill was referred to the judiciary committee in February.

A previous version of this story misspelled the author’s last name. He is Bobby Bostic.