Immigrant Teens Left Out When Trump Ended DACA Are In Limbo After Supreme Court Ruling.

The justices ruled the president illegally suspended the Dreamers program. But it’s unclear if Trump will let more eligible applicants in. 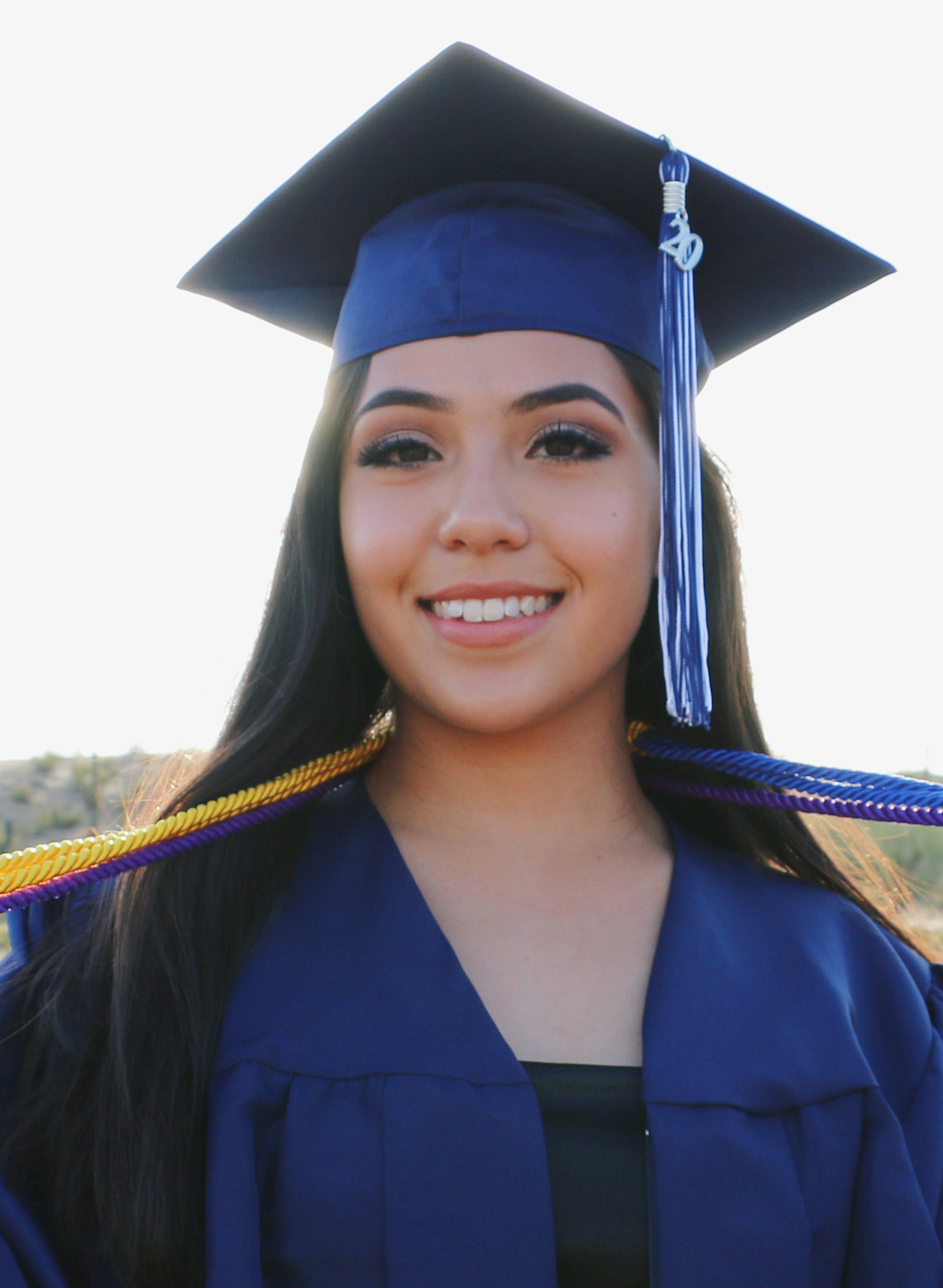 Young immigrants across the country were elated after the Supreme Court’s favorable ruling Thursday for DACA, the program that temporarily shields about 650,000 undocumented people from deportation. But Maria Garcia is not cheering—at least not yet.

Garcia, who is 17 and just finished high school in Tempe, Arizona, has everything needed to be eligible for DACA. She was 4 years old when her Mexican parents sent her across the border with a smuggler—“some random lady,” as she remembers it. She has never been in legal trouble and graduated with a 4.0 grade point average. She is two years older than the program’s lower age limit of 15.

Yet Garcia has not been able to apply for DACA. After President Trump’s decision to cancel the program in 2017, and the court fights that followed, immigrants who already had two-year permits under DACA have been allowed to renew them. But no new applications were accepted.

She is in a cohort of foreign-born teenagers, part of a group sometimes called Dreamers, who turned 15 after the program was terminated on Sept. 5, 2017. They are coming of age without legal papers, facing fears, frustrations and roadblocks that immigrants just a few years older have avoided with DACA. There are about 66,000 of them, according to an estimate by the Migration Policy Institute, a non-partisan research center, and they could be eligible to apply for DACA after the Supreme Court decision.

But it is not clear that Trump will let them in.

Lawyers are debating the impact of the Supreme Court’s ruling. In a 5-to-4 decision, the court found that the Trump administration acted unlawfully in ending the program, failing to follow procedural rules or to take into account the hardships for immigrants who had built their lives around it. The court sent the matter back to the Department of Homeland Security “so that it may consider the problem anew,” and sent three cases back to lower courts for further action.

As President of the United States, I am asking for a legal solution on DACA, not a political one, consistent with the rule of law. The Supreme Court is not willing to give us one, so now we have to start this process all over again.

Chad Wolf, the acting secretary of Homeland Security, said the ruling “usurps the clear authority of the executive branch to end unlawful programs.” But administration officials issued no guidance on how they planned to proceed.

Some legal scholars argued that the administration is required to restore the program with no delay and begin taking new applications. “The effect of the ruling is we go back to life as it was before September 2017,” said Marisol Orihuela, a professor at Yale Law School.

Others predicted the administration would not accept new applications unless, after further court battles, a judge orders them to re-open the program completely. If Trump moves to end DACA again, bureaucratic procedures and court fights would likely leave the current configuration in place past the election in November.

The legal fog was bewildering to young people who could be receiving DACA’s protections but are still left out.

“What happened is one step,” Garcia said guardedly of the Supreme Court’s ruling, by phone from her home in Phoenix, “but we still have a way to go.” 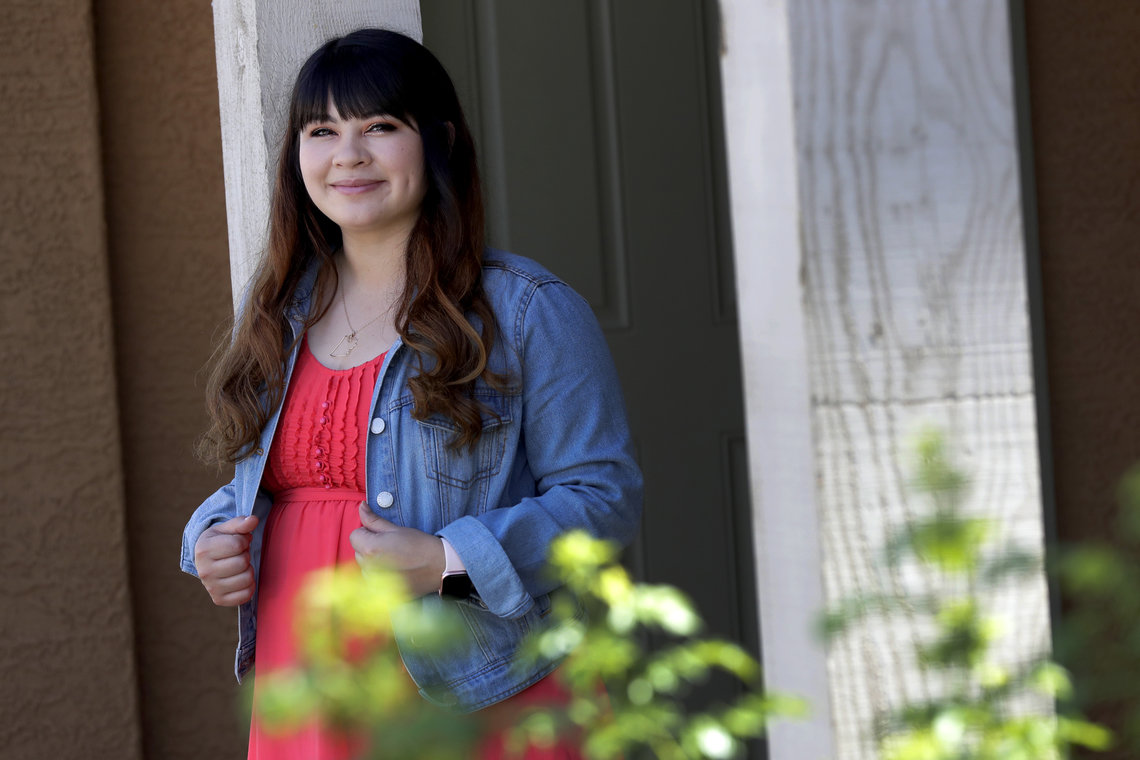 Reyna Montoya, who lives in Gilbert, Arizona, knows her own DACA permit is preserved for now, but she worries about undocumented students.

The Obama administration created DACA, or Deferred Action for Childhood Arrivals, in 2012, and the program doesn’t grant a formal immigration status. For undocumented immigrants who came here as children, it offers temporary protection from deportation and a two-year, renewable work permit with a Social Security number. But the program removed obstacles many young people faced because of their lack of legal status, opening door after door.

“Within a year, they were already taking giant steps,” said Roberto Gonzales, a professor at Harvard Graduate School of Education who has studied the program since it started. “They found new jobs. They increased their earnings. They acquired driver's licenses. They began to build credit through opening bank accounts and obtaining credit cards.”

For Garcia, however, Trump’s cancellation of DACA just when she was old enough to apply was a painful blow.

Aside from her schoolwork, she started running track for her Tempe high school. By senior year she was the school’s top runner, she said. But as she applied to colleges and scholarships, she received only impersonal form letters of rejection because she didn’t have a Social Security number.

“I basically didn’t know where I was going in my life,” she said. “I wanted to give up.”

At the last minute she discovered a scholarship program called TheDream.US, which provides financial aid for college even if students are undocumented. She was approved and plans to attend Arizona State University in the fall, hoping to study aerospace engineering.

As protesters are marching against police brutality and demanding reforms, Garcia said she is even more aware of her fears of government authorities anytime she goes out into the street. To get to school she sometimes has to drive, and with no license because of her immigration status, her anxiety spikes when she sees a police car.

Garcia said she doesn’t fear “being shot and actually dying” in a police encounter. “But we do have that fear of being deported.”

Reyna Montoya, a DACA holder who is 29, created Aliento, an organization in Phoenix that provides support for immigrant youth. More than 500 teenagers who have been shut out of DACA have come to the group for legal and financial help, and solace.

“I feel I can finally catch my breath,” Montoya said on Thursday, knowing her own DACA permit is preserved for now. But she remains surrounded by students “like my past undocumented high school self, who was so sad and depressed about my future.”

One is Milagros Heredia, 18, whose mother carried her across the border to Arizona when she was nine months old. Her mother, Rosa Alcantar, is 36 and has a DACA permit. 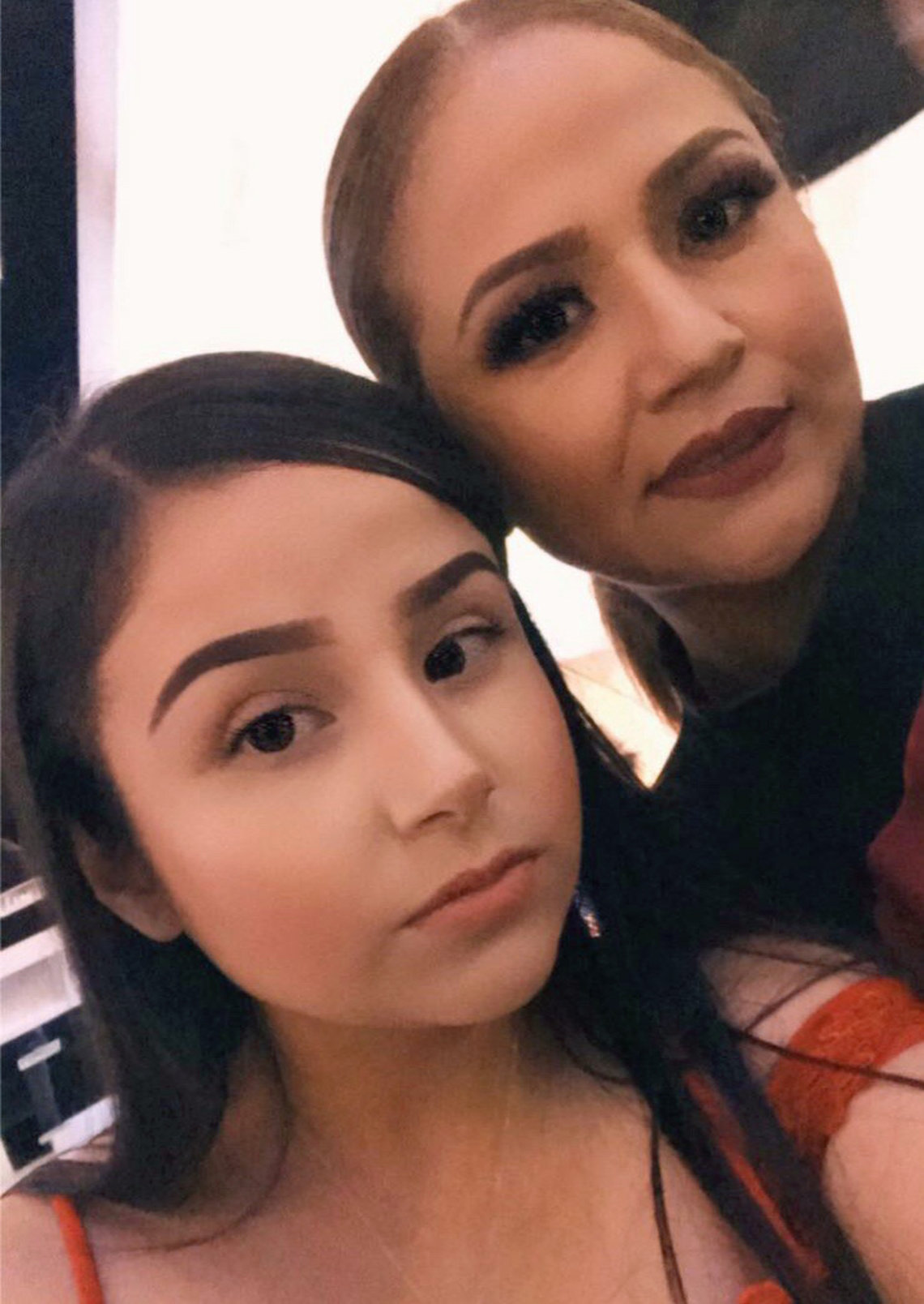 Milagros Heredia and her mother, Rosa Alcantar, in 2019.

Heredia’s childhood was spent in hospitals and chemotherapy after doctors found a large tumor in her brain. Her worry then was the mortification of losing her hair. “Appearances were everything in third grade,” she said.

Doctors determined the tumor was growing but benign. In high school Heredia became an honors student and a leader of a Latinx student organization. Having won a scholarship from TheDream.US, she plans to enroll at Grand Canyon University in August.

She was relieved Thursday to learn that her mother’s DACA permit remains in place. But Heredia still can’t work or drive legally. She has to be careful looking for part-time jobs to help her family.

“You’re never sure who’s with you and who’s against you,” she said.

She’s been watching the police protests in Phoenix. “In the back of my head I always know the police could stop me,” she said, and because of her undocumented status, “I potentially could lose everything.”