Memes and billboards are calling for arresting the three officers. But what does Kentucky law say? 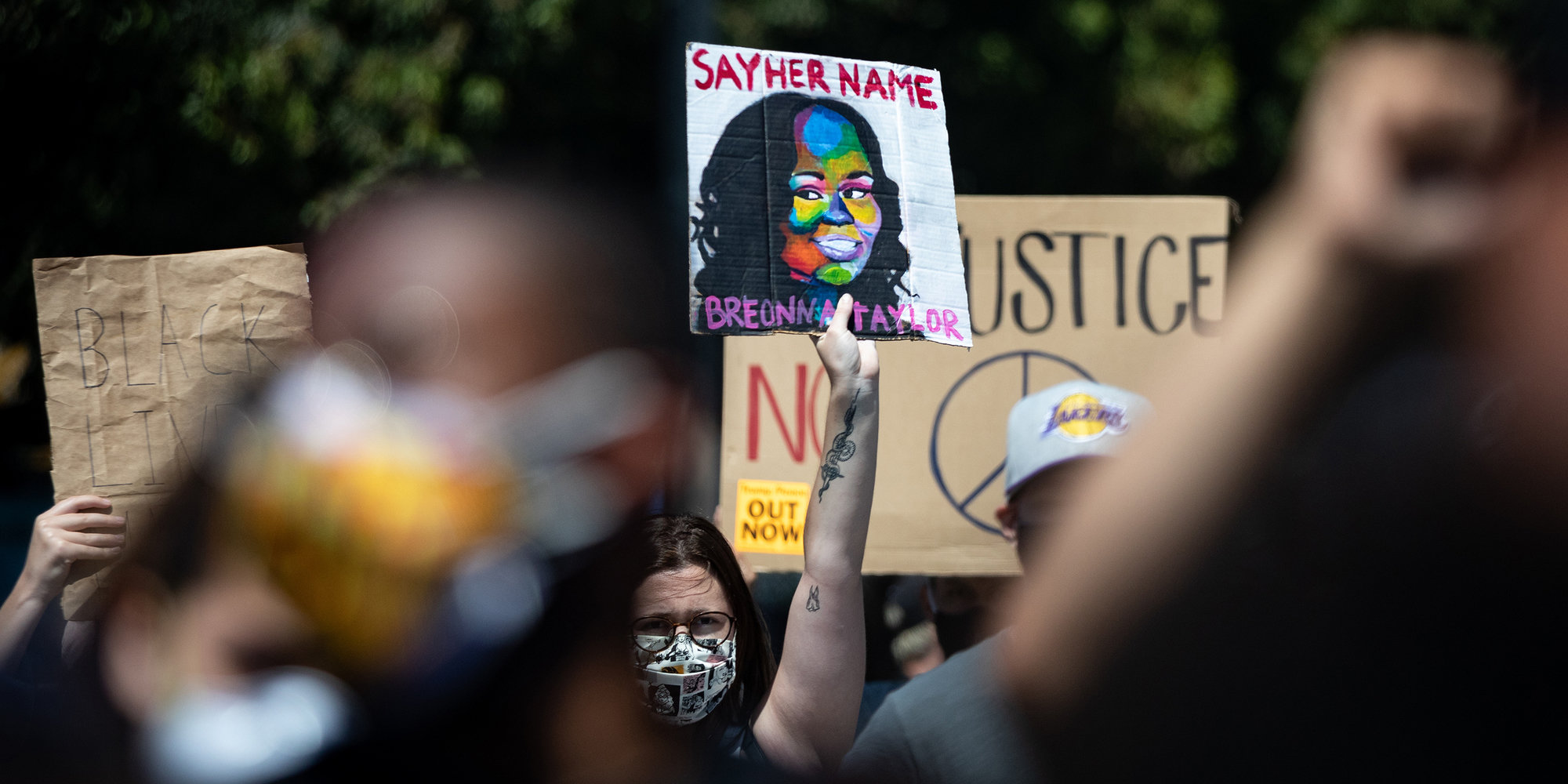 The entire internet, it seems, is calling for the arrests of the officers who killed Breonna Taylor in her Louisville, Kentucky, home. The viral meme goes like this: take any subject and insert a reference to Taylor. For example, on the first day of the delayed baseball season the Tampa Bay Rays tweeted: “Today is Opening Day, which means it's a great day to arrest the killers of Breonna Taylor.” On Friday, Oprah Magazine began erecting some 26 billboards in Louisville making the same plea for arrests. 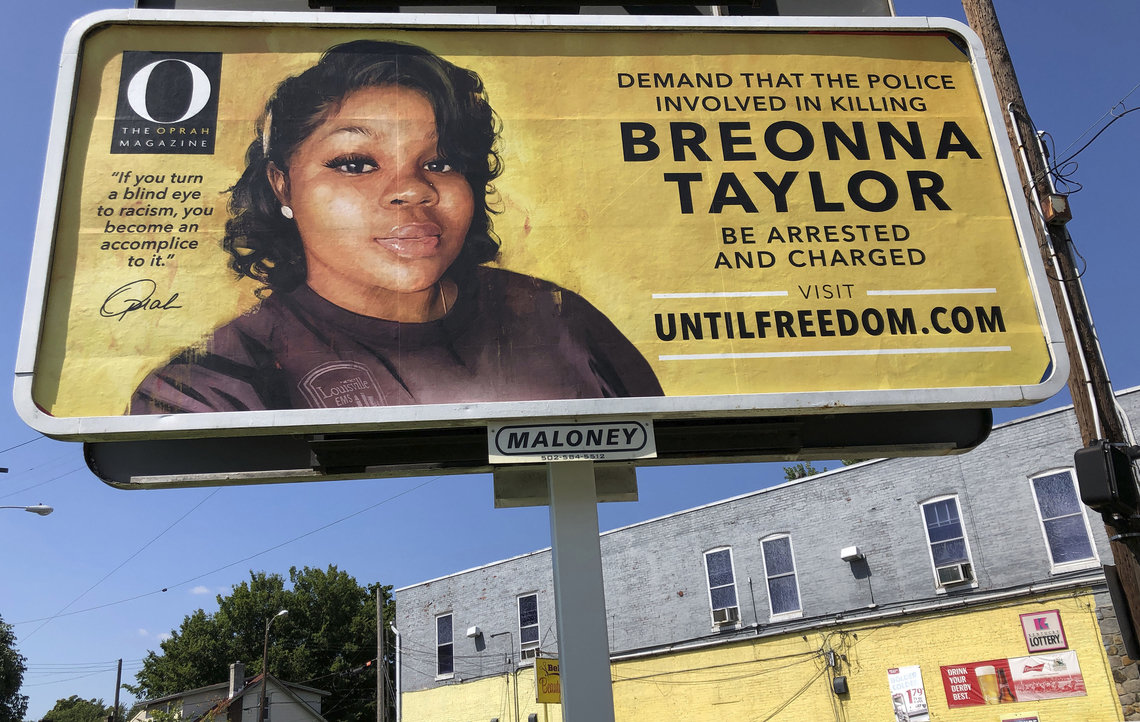 A billboard sponsored by O, The Oprah Magazine, is on display with an image of Breonna Taylor, in Louisville, Kentucky.

But it’s not that simple, partly because of a tangled legal doctrine that applies to Kentucky and 28 other states. There is no specific law in these jurisdictions addressing police shooting in self-defense, which means officers have the same rights and obligations as any resident. Yet police have the unique power to initiate violence—like knocking down the door of a private home in the middle of the night—that other people don’t.

Taylor, a 26-year-old emergency room technician, was struck by six police bullets in March as officers attempted to serve a no-knock warrant on her home during a narcotics investigation. Her boyfriend, Kenneth Walker, fired his gun first, believing intruders were invading their home and striking an officer in the leg. Officers returned fire. No drugs were found in the home.

Those circumstances make this case more legally ambiguous than it may seem at first glance, said Seth Stoughton, a professor at the University of South Carolina School of Law.

“Most states don't allow someone to claim self-defense when they are an aggressor,” he said. “But most states also say that when police are acting in their official capacity they can't be aggressors for purposes of self-defense law.”

So both Walker and the police can reasonably claim self-defense, and the law makes it virtually impossible to define an “aggressor” in the situation. A kind of self-defense stalemate that leaves a lot of questions as to what charges a prosecutor could bring in Taylor’s case—and could even lead to the end of the no-knock raid in American policing.

Legal experts say the officers involved in Taylor’s shooting—Sergeant Jonathan Mattingly and officers Brett Hankison and Myles Cosgrove—certainly can be arrested. Prosecutors wield tremendous discretion in their decisions to bring charges, and “probable cause,” the legal standard of proof needed for an arrest is “an exceedingly low bar,” said Colin Miller, a professor at the University of South Carolina School of Law researching the Kentucky criminal code on behalf of lawyers representing Taylor’s family. “If you have a shooting death, it's going to be pretty difficult to argue you can’t at least charge some type of crime in that case, whether it be endangerment manslaughter or murder.”

The Taylor case is complicated by the so-called “castle doctrine”, which traces to 17th century English Common Law. It gives people in every state, except Vermont and Washington D.C., the right to use deadly force against an intruder in their home, with no duty to retreat. In Kentucky law, those protections do not allow someone to harm police officers who enter their home, as long as the officers announce themselves or the homeowner reasonably should have known they were police. This is how Walker was initially arrested and charged with attempted murder of a police officer for opening fire first. Those charges were dropped in May.

The officers, in turn, took gunfire in a place their search warrant gave them legal permission to enter. That would seemingly provide them a self-defense justification for shooting back inside Taylor’s home. Thanks to U.S. Supreme Court rulings, officers can invoke self-defense even if their behavior was objectively unsafe or likely to provoke a violent response.

But the gunfire involved more than just the officers and Walker. Police fired more than 20 rounds into Taylor’s home, missing Walker and instead hitting Taylor as she stood in her hallway. Several of the officers’ bullets also entered a neighbor’s house, according to images shared by the Taylor family’s lawyer and a civil lawsuit filed by the neighbor. The suit accuses the officers of “spraying” bullets into the apartment complex “with a total disregard for the value of human life."

Those facts open up another facet of the self-defense laws, Miller said, and could argue for an indictment. Kentucky law specifically says that even if a person has a valid self-defense justification, the protection doesn’t extend to “wanton” behavior—essentially defined as knowing something is extremely dangerous and doing it anyway in a reckless manner.

If a jury found the officers’ conduct was wanton, directly causing the death of an innocent person, “then that is murder under Kentucky law, and self-defense would not be a viable defense," Miller said.

Michael Mannheimer, a law professor at Northern Kentucky University, said that a more realistic charge may be manslaughter, rather than wanton murder. It’s a somewhat squishy distinction in state law, but generally wanton murder charges require a mindset of “depraved indifference,” which can be a steep bar.

As an example, he said to imagine a person walking into a crowded room and firing wildly in all directions, unprovoked. That reflects a more “depraved” state of mind than firing back wildly, after you’ve been shot at.

The differences in punishment if convicted are substantial: five to ten years in prison for manslaughter, but 20 years to life in prison for wanton murder, which is technically also punishable by death.

So far only one officer, Brett Hankison, has been fired. The other two officers have been temporarily taken off the street. In a termination letter, Louisville Police Chief Robert Schroeder said Hankison violated department policy on the use of deadly force, and accused him of “wantonly and blindly” firing 10 shots into Taylor’s apartment without a clear line of sight. 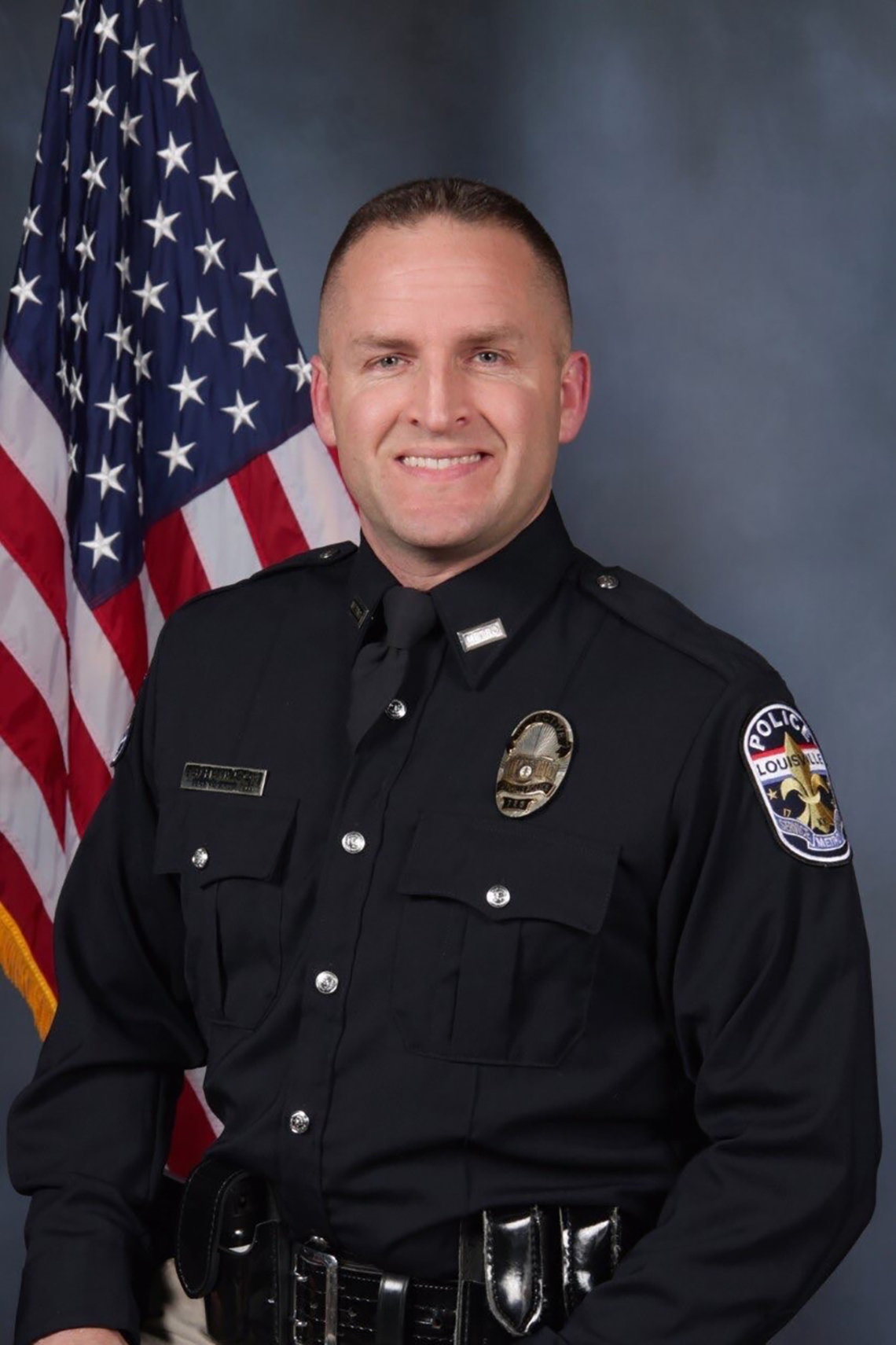 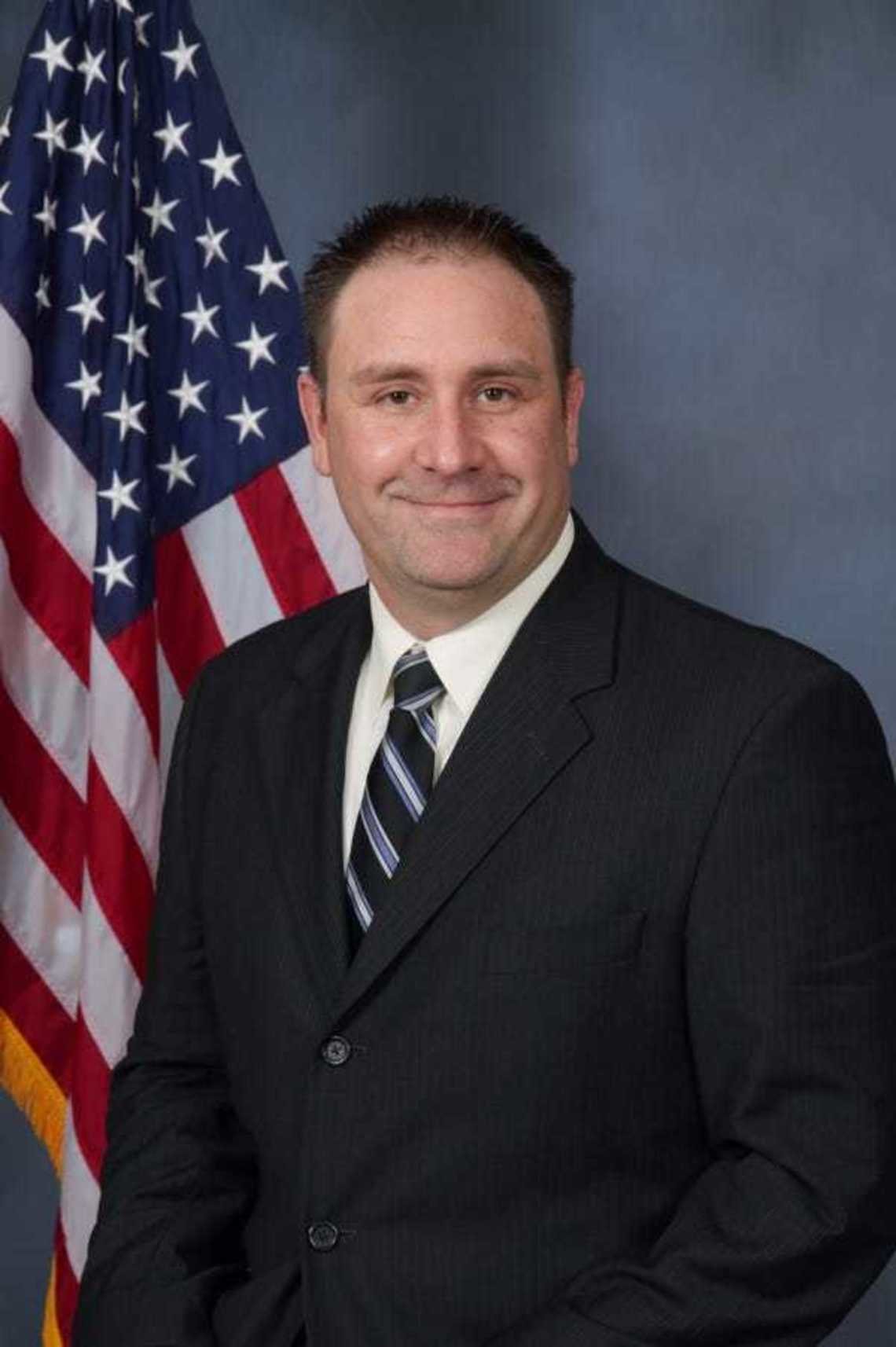 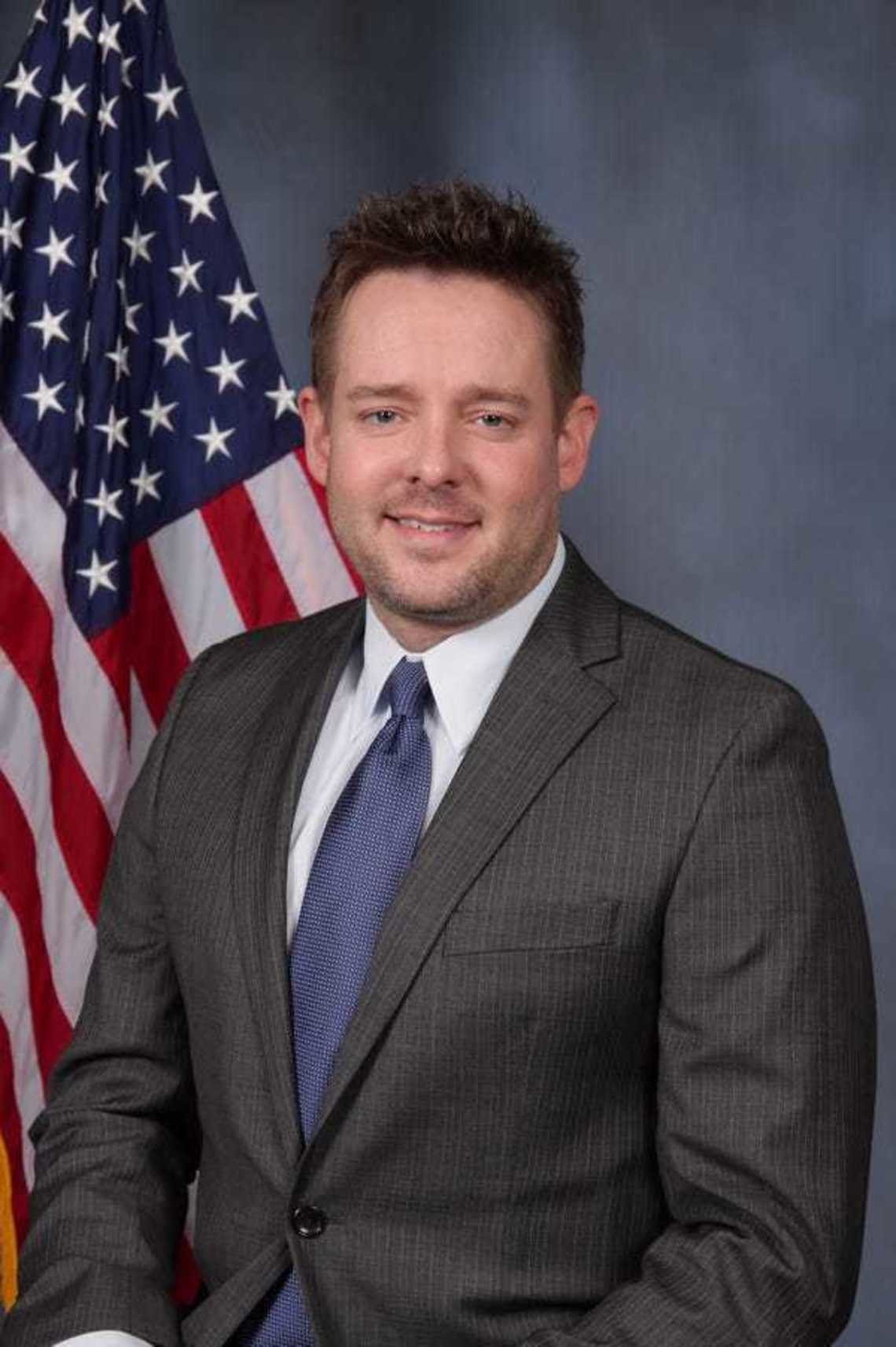 In a subsequent appeal, Hankison’s attorney David Leighty disputed these claims, calling the firing a “cowardly political act.” Leighty noted that the preliminary investigation has not even concluded which officers’ bullets went where yet. He declined to make any further comment to The Marshall Project.

Lawyers for the other two officers did not reply to messages seeking comment.

Taylor’s family has called for arrests of all three officers. But not everyone protesting Taylor’s death is rooting for arrests. As the current moment in U.S. policing pushes conversations about defunding and abolition of police and the justice system generally, some activists are seeking accountability in other ways. Chenelle Helm, a co-founder of the Louisville Black Lives Matter Chapter, said she fully understands the calls for arresting the officers in Taylor’s case, but she hasn’t joined them because her organization is actively working to dismantle the prison system.

“If we're asking for the officers to be arrested that's contradictory to abolition work,” Helm said.

Four other Louisville activists are on a hunger strike demanding that all three officers are fired and are stripped of their future pension benefits.

Vincent Gonzalez, one of the strikers, was torn about arrests as a desired outcome. He said he’s influenced by the same abolitionist ideas as Helm, and doesn’t see the officers’ arrest as a be-all and end-all, but also said that arrests would be gratifying in some ways. “It would mean so much to show some courage, make a statement and say that this is unacceptable behavior, and you are not allowed to do these things in our community,” Gonzalez said.

He also said he worries about civil unrest if the officers are cleared.

“I hope I'm wrong,” Gonzalez said, “but when they announce no indictment this city is going to burn.”

Indictment or not, Miller thinks the case could signal the death knell in America for the no-knock raid, the practice by law enforcement agencies of breaking into a home without prior warning.

“I just don't know if there's any realistic way you can continue to have no-knock warrants in a jurisdiction that has the Castle Doctrine and Stand Your Ground. It seems incompatible,” Miller said.

Taylor’s case is just the latest in a long series of avoidable deaths—of both officers and civilians—that have occured when officers in no-knock raids are met by an armed homeowner acting in apparent self-defense. Civil libertarians have wrestled with these issues for decades, and momentum appears to be growing.

The Louisville city council unanimously banned such raids last month. U.S. House Democrats have also approved a bill that would ban no-knock warrants in federal law enforcement and strip funding from local police departments that did not follow suit. Kentucky Senator Rand Paul has also proposed a Senate bill that would do the same.

Both Paul’s bill and the Louisville ban on no-knock raids are named for Breonna Taylor.

Update: The number of bullets that struck Taylor has been changed from a previous version of the story based on new information revealed by Attorney General Daniel Cameron on September 23.