How I Keep Hope Alive While Serving 150 Years in Prison

In those moments when I feel like a puppet tied up in strings, I draw on my Muslim faith to stay hopeful. 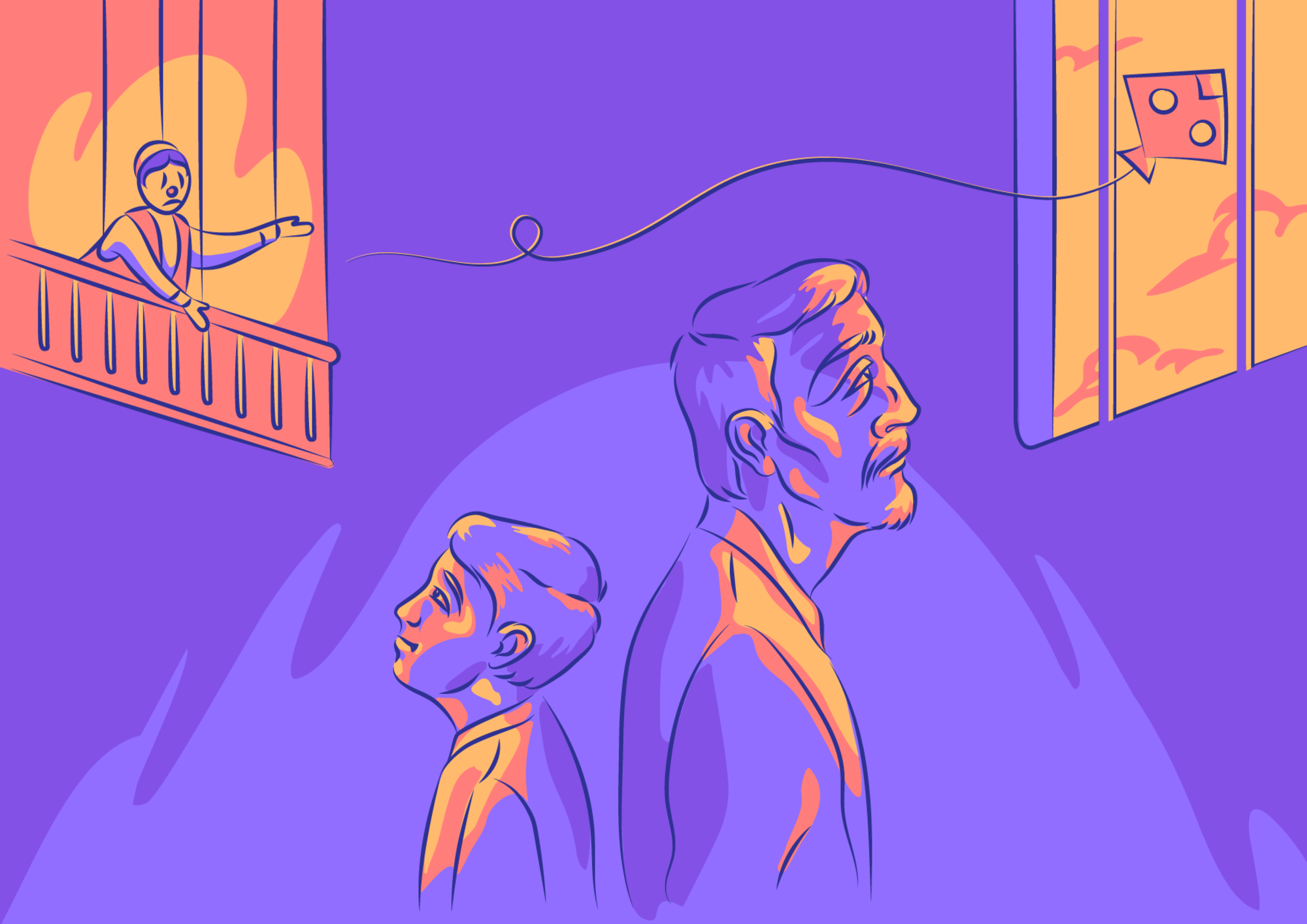 Sana Nasir for The Marshall Project
by Tariq Maqbool
Perspectives from those who work and live in the criminal justice system. Sign up to receive "Life Inside" emailed to you every week.

When I was a boy growing up in Lahore, Pakistan, I vividly remember a local puppeteer who would bring his show to the big bazaar near my house during the Kites Festival. Children ignored the lure of video games and became mesmerized by the timeworn art of the puppet show and the simple tale of a young boy and his kite.

In the story, the young puppet boy flies a kite, then loses it. A puppet girl emerges and finds the missing kite. She returns it to the crying boy, and he is happy again. It is an innocent tale of loss and love.

While everyone else in the audience cheered and clapped at the end, I could never get past the sad look on the puppet boy’s wooden face. He had two vertical black strips for eyes, a round dot for a nose and a tight line for a mouth. The puppeteer's strings seemed to cover his whole body. With every tug of his controller, the boy's body shook. I desperately wished for him to be free of his strings, so that he could chase his own kite and run away with his little girlfriend.

Now, as a man in my 40s sentenced to life in prison, I think back to that puppet boy and I see myself. Sitting here in my cell at the New Jersey State Prison, where I’ve spent the last 15 years, it can be hard to find hope and humanity in a structure designed to take that away from you. I am the wooden boy in this prison, controlled by all sorts of strings. And with COVID-19, despair is all around. I haven’t seen my family since March 2020. Instead, I’ve seen men around me get sick and die from this virus. I worry that some of my own loved ones won’t be around when this pandemic is over.

All I have is the hope that one day I will be free. That hope is what gives me the strength to go through the degradation and futility of prison life. President Obama called it “the audacity of hope.” I know it simply as faith.

In prison, we live in an alternate reality filled with arbitrary rules and shifting restrictions. Prisoners have to grasp for some semblance of structure to reaffirm our humanity and place in the world. As a Muslim, it is my faith that provides it for me.

I have always been spiritual, but it wasn’t until I was incarcerated that I began to study the tenets of my faith in earnest. My belief in God provides me with the redemption that the criminal justice system denies me, even if that second chance comes on the Day of Judgment. So now I turn to Mecca five times a day and pray for the day when I don’t have to conform to the arbitrary whims of my puppet masters. I pray to be back in the real world.

In some ways, though, I feel like I’ve been living in a nightmare that I can’t wake up from for the last 18 years. I was arrested for murder in 2002. I was held in solitary confinement for over two years before I was even convicted. When I lost my trial in 2005, it was a shock to my system. The case against me relied heavily on the testimony of one man who had been a person of interest earlier in the investigation. There was no DNA or forensic evidence, and it never occurred to me that I would be convicted. Yet, even then, I placed hope into the vessel of prayer and focused my eyes toward the horizon of possibilities.

While planning for my case to go before the appellate and then state Supreme Court, I repeatedly told myself, “There is the direct appeal.” After losing that appeal two years later, I found myself standing before the 6-inch plastic mirror taped on the wall of my 8-by-6 foot cell reciting the same words about my post-conviction relief appeal. That process took six years to wind through the trial court, the appellate court and the state supreme court. My faith in God never wavered even as I lost one appeal after another.

Last year on Nov. 11, I received the final letter about my federal appeals case—denied by the U.S. Supreme Court. It was a moment that should have made me want to give up. Instead, I stood in front of my mirror looking at a photograph of my family.

The picture is from my nephew’s fifth birthday. My mom and dad are smiling at the camera and my brother and his wife are next to them with my nephew. My 3-year-old niece appears to be handing a piece of cake to the camera. She later told me that the cake was for me so that I could be a part of the family celebration. That scene helped me to hang on to that ever-elusive goal of hope. I am still loved, so I still have hope.

In Urdu, we have a saying that I often heard from my elders: Umeed per dunyaa qaa-em hai. Loosely translated it means, “Hope is the foundation of the world.”

My faith is the ultimate litmus test of hope. So I say the words of prayer and, feeling rather audacious, I hope for a better day to come. One when I can finally be without any strings.

Tariq MaQbool is a contributing writer at the Prison Journalism Project and maintains Captive Voices, a blog where he shares his poetry and essays as well as the writings of other incarcerated people. He was convicted of double homicide in 2005 and is serving 150 years at the New Jersey State Prison.