I escaped Donald Trump’s last-minute execution spree. Now I have to find a way to keep fighting. 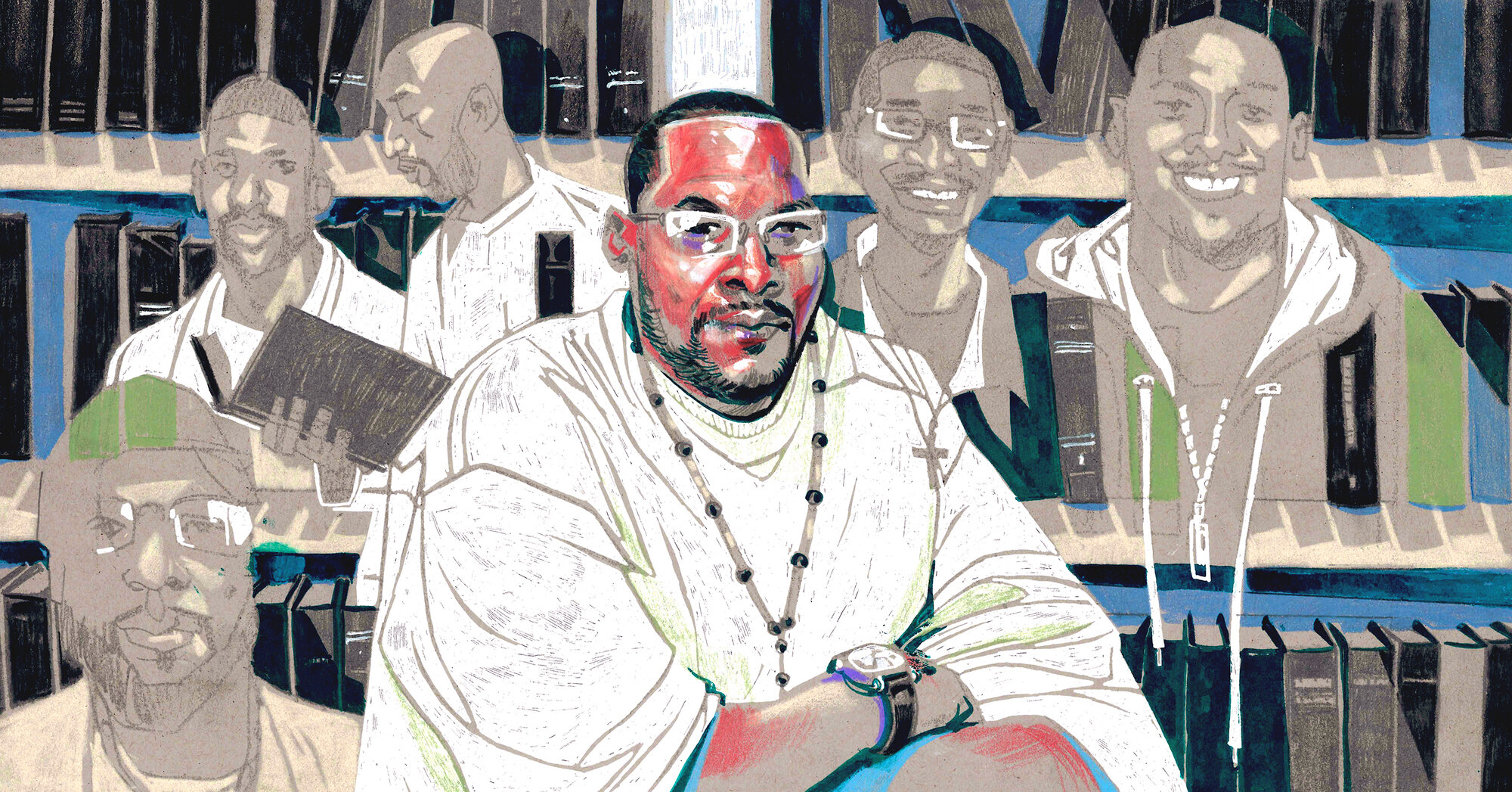 Billie Allen, center, with his friends on federal death row who were executed, from left: Orlando Hall, Corey Johnson, Dustin Higgs, Brandon Bernard and Christopher Andre Vialva. Chris Visions for The Marshall Project
By Billie J. Allen
Perspectives from those who work and live in the criminal justice system. Sign up to receive "Life Inside" emailed to you every week.

First, it was Christopher Andre Vialva. Next came Orlando Hall, followed by Brandon Bernard, Corey Johnson and Dustin Higgs. They were all friends of mine who became casualties of the Trump administration’s execution spree shortly before he left office. That spree claimed 13 lives total.

It was almost as if the administration was trying to set a perverse new benchmark in the “Guinness Book of World Records.” It carried out more executions in six months than any other administration had in six decades. These government killings gave new meaning to Operation Warp Speed: Instead of taking the necessary measures to protect millions of Americans from the physical and economic ravages of COVID-19, the “pro-life” federal government put work into carrying out 13 executions.

I did not know the others who were executed well enough — Daniel Lewis Lee, Wesley Purkey, Dustin Honken, Lezmond Mitchell, Keith Nelson, William LeCroy, Alfred Bourgeois and Lisa Montgomery — to speak about them with authenticity. But I spent decades with Christopher, Orlando, Bernard, Corey and Dustin Higgs here on federal death row in Terre Haute, Indiana. I watched them grow into better men for themselves, their families and friends — and in some cases — on behalf of their victims’ families. They also helped me better myself. They are gone, but their impact lives on.

I refused to believe it when Chris was killed on Sept. 24. I had just looked directly into his eyes when he passed by me and Dustin Higgs in the law library. He was en route to the deathwatch range, but I was still in denial.

On the night of his execution, I sat in my cell watching the news. I couldn’t eat or sleep, and I was hoping hard that some kind of intervention would spare his life. Part of my denial was because I knew that Orlando was next.

Even months later, I have to remind myself not to call out to Orlando and Chris to say hi.

I felt the weight of their execution dates on my shoulders: Brandon (Dec. 10), Corey (Jan. 14) and Dustin Higgs (Jan. 15). Not that I cared for them more than Chris and Orlando; all of us on federal death row loved each other in equal measure. But Bernard, Corey and Dustin were killed shortly before the date Biden took the oath of office on Jan. 20. Had Corey and Dustin’s executions been delayed a few days, they might still be alive. Knowing how close they were, I clung to the slim hope that the Supreme Court would do the right thing and halt their executions, that something would work in their favor.

On Jan. 15, as Dustin Higgs’ 6 p.m. execution time approached, I heard that he’d received a stay from the court until at least Jan. 27. I was filled with a sense of victory. Biden would already be in office and Dustin’s win would be a win for all of us! But then — in a move that I believe was unconstitutional — the U.S. Department of Justice appealed the stay and it was overturned. Dustin was killed at 1:23 the following morning.

Afterward, although I knew that Trump would not be able to execute anyone else, I found no relief. I felt drained, hollow and sick to my stomach. The burden of each death brought me to my knees.

At first, I thought I was in this weakened physical state because I had just been hospitalized with COVID-19. But not even coronavirus could take away from me what the government took when they killed my friends.

It took me a while to realize that I had been holding on to false hope. Along with Biden’s campaign pledge to abolish the federal death penalty, I thought the outpouring of public support for Brandon, the evidence Dustin Higgs had to prove his innocence and the evidence Corey had to demonstrate his intellectual disability would translate into their lives being spared. I still had faith in the law, judges and the Constitution.

Since the Trump killing spree, doubt, frustration, resentment and pain cling to me like never before. On some level, I blame myself for catching COVID-19. I wasn’t there for my friends in their moments of greatest need. I’ve looked through the letters they wrote telling me to keep fighting to prove my innocence and asking me to check in on their families and help keep them strong. But how can I help keep their families strong when I am struggling to stay strong myself? How can I keep fighting when a piece of me died with each of my friends? Why were they killed instead of me?

I have no answers to these questions. All I know is that I survived Trump's killing spree, and now I must do my best to honor the promises I made to my friends. I have to find a way to keep fighting — despite the burdens of grief, anger and worst of all, survivor’s guilt.

Billie J. Allen is a writer, poet and visual artist. His paintings have been the focus of “The Art of Innocence,” a show mounted by the People’s Forum. He was sentenced to federal death row for armed robbery and murder in 1998.